From DreamWorks, creators of highly successful animation such as “Kung Fu Panda,” “How To Train Your Dragon” and “Madagascar” comes “Trolls,” the most smart, funny, irreverent animated comedy of the year.

“Trolls” takes the audience to a colorful, wondrous world populated by hilariously unforgettable characters and discover the story of the overly optimistic creatures (Trolls), with a constant song on their lips, and the comically pessimistic Bergens, who are only happy when they have trolls in their stomach. “Trolls” features the voice of Anna Kendrick as Poppy, the optimistic leader of the Trolls, and her polar opposite, Branch, played by Justin Timberlake. Together, this unlikely pair of Trolls must embark on an adventure that takes them far beyond the only world they’ve ever known. 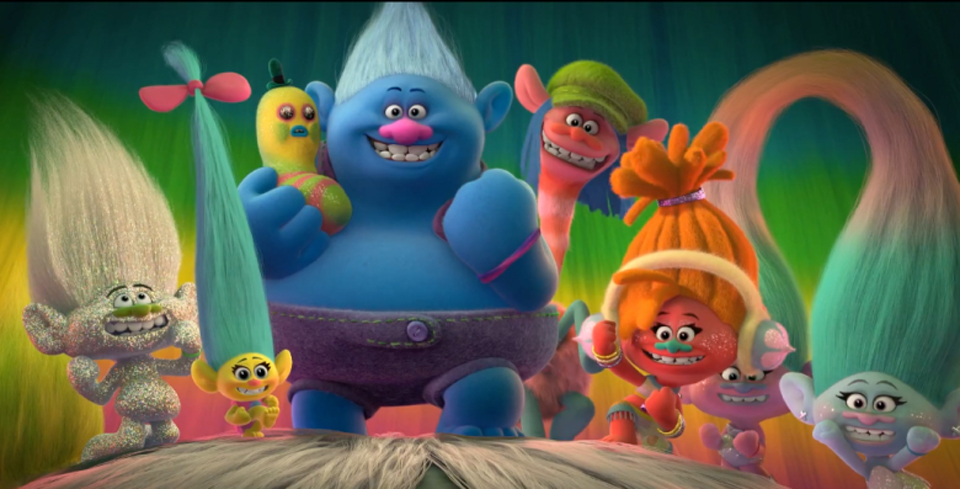 Leading the happy bunch of Trolls is Poppy (Kendrick), a relentlessly upbeat — if slightly naive — Troll whose father King Peppy saved his subjects from the Troll-hungry Bergens. As she and her group of nine friends, the Snack Pack, face their biggest challenge ever, Poppy is faced for the first time in her life with a problem that apparently can’t be solved with a song, a dance and a hug. But after some hilarious attempts at saving the day, Poppy discovers that being true to yourself is always the best answer. 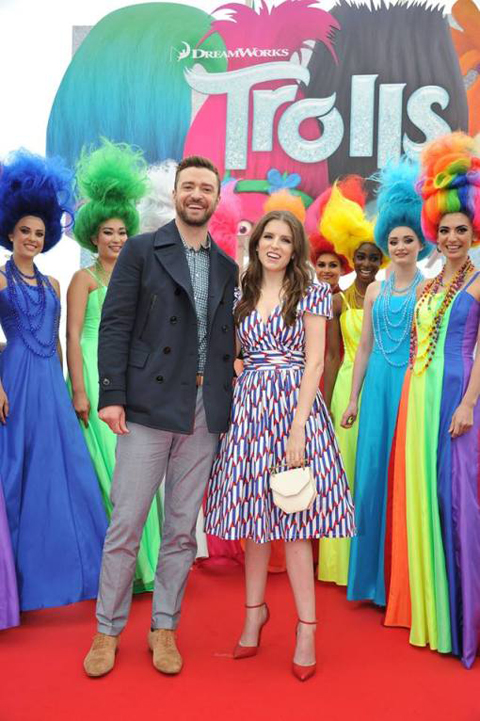 Justin Timberlake takes on the role of Branch, the over-cautious paranoid survivalist in Troll Village, who lives in fear of invasion from the Bergens. The only Troll in the village who doesn’t sing, dance or hug, Branch lives a disgruntled existence, constantly trying to prepare for the worst. He’s constantly flummoxed by the over-the-top positivity of the other Trolls — is he the only sane one in this crowd of exuberantly happy Trolls? Over the course of the film, Branch will be challenged to embrace his inner Troll, even if it includes a dreaded burst of singing and dancing. Will he learn to find inner happiness with Poppy at his side?

DreamWorks’ and 20th Century Fox’s “Trolls” is a fresh, broad comedy filled with music, heart and hair-raising adventures that will open in cinemas nationwide on October 26.