In the latest epic family movie adventure “Ice Age: Collision Course” from the highly successful “Ice Age” franchise, audiences worldwide will be propelled to new environments like the cosmos and a crystallized world known as Geotopia, with many of the characters beginning their own new journeys.

Scrat is, of course, one character that never changes. In “Ice Age: Collision Course” he continues his pursuit of the cursed acorn. But this time Scrat’s quest is taking him where no Ice Age character has gone before—the cosmos—where the consequences of his antics are nothing short of “Scrat-tastrophic.” Scrat’s epic pursuit of the elusive acorn catapults him into the universe, where he accidentally sets off a series of cosmic events that transform and threaten the Ice Age world. To save themselves, Sid, Manny, Diego and the rest of the herd must leave their home and embark on a quest full of comedy and adventure, as they travel to exotic new lands and encounter a host of colorful new characters.

In this film, Scrat drives the story, instead of merely providing comic relief to the main story of the herd. And it’s about time. Scrat is literally at every major moment in the history of the natural world. He ushered in the Ice Age, started the Meltdown, unleashed the Lost World of the Dinosaurs into the Ice Age, started the separation of the continents—and now, he’s triggered a series of cosmic disasters that threaten the Ice Age world. “In this film, Scrat is pretty much responsible for the expansion of the universe as we know it,” notes Forte. “It’s his version of the Big Bang.”

Director Michael Thurmeier embraced the opportunity to find a unique environment—and catastrophes—for the cherished acorn-chaser. “I see so much potential with what you can do with Scrat,” he notes. “He’s become a true classic animated character. Scrat never stops persevering, no matter what happens to him.”

The filmmakers’ new path for Scrat also presents fresh obstacles to overcome. This time, he must deal with gravitational forces, otherworldly technology, and the infinite mysteries of the cosmos.

The new film’s story is deeply rooted in the mythology of the original Ice Age. Producer Lori Forte, who has been with the franchise since its inception, and whose ideas have sparked several of the films’ stories, explains: “In the first film, there was a scene where the herd passes through a kind of ice ‘museum,’ where we see a prehistoric fish, a dinosaur, the evolution of Sid, and then a spacecraft or flying saucer. “We always recognized that the spaceship was intriguing and knew there was some kind of mythology attached to it that we’d someday explore, but at that time we didn’t know exactly what it was,” she continues. “So we decided the time was right to come back around to that piece of Ice Age, and sowed the seeds for Collision Course.” 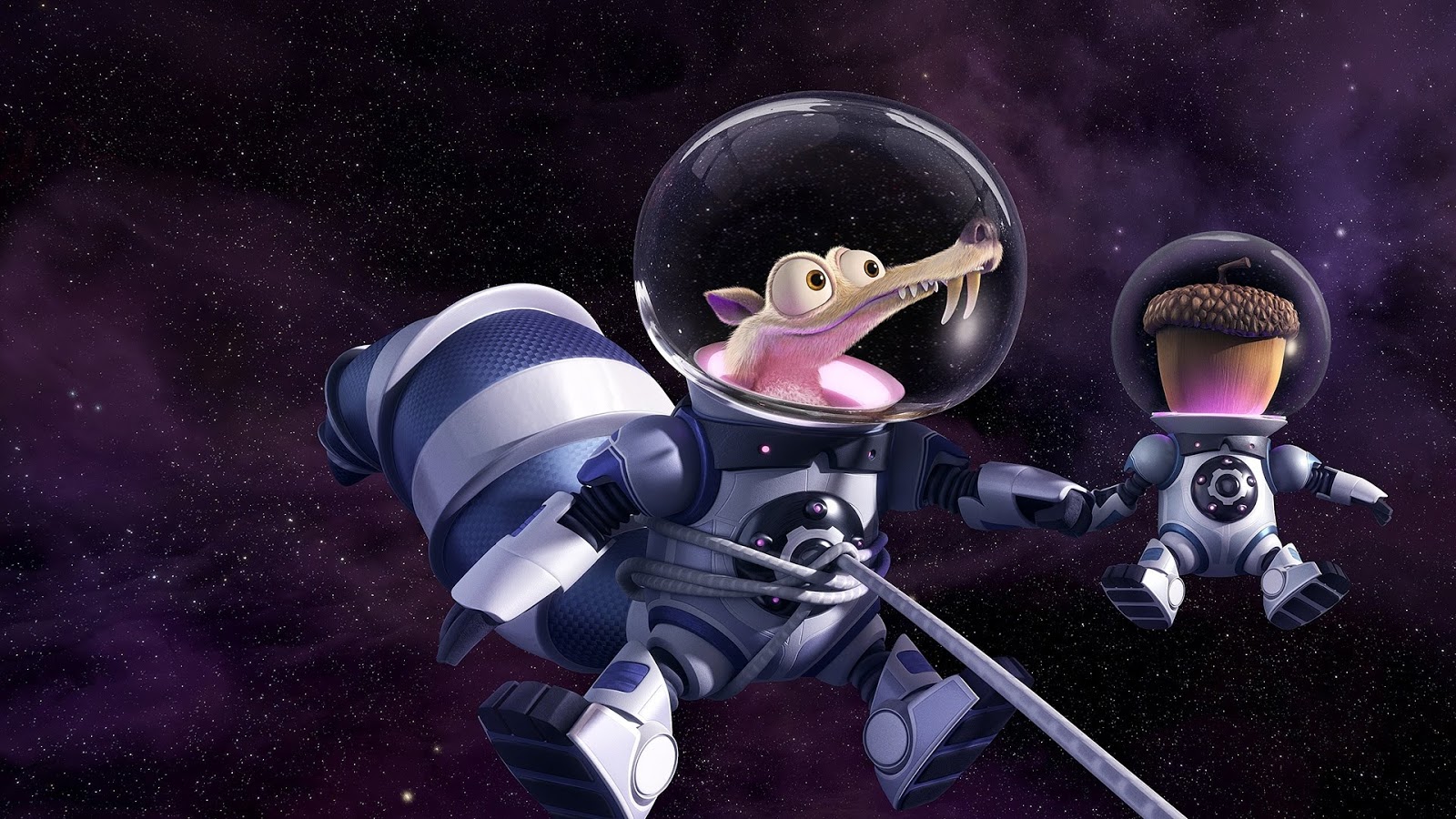 Another connection to the original film—and to its subsequent chapters—is the herd’s relatable family dynamics, which provide heart and emotion, and complement the comedy and adventure. But like most families, the herd must adapt to a world that’s always in flux. “We take our family of characters further than we’ve seen them before,” says Forte.

“Ice Age: Collision Course” opens in cinemas (2D and 3D) on July 6 from 20th Century Fox to be distributed by Warner Bros.

Behold the First Trailer of “The Angry Birds Movie”

“Suicide Squad” Soars to More Than Half a Billion Dollars Worldwide,...