The sequel will be shown exclusively at Ayala Malls Cinemas (Glorietta 4 and Trinoma) starting March 1, 2017. In the original film, the four life-long friends/associates/bitter enemies had travelled to London to sell a bag of fortuitously obtained heroin. While the rest are sleeping, Mark Renton sneaks out with the entire proceeds: £16,000 in cash. He walks away. He will not look back.

Now, twenty years have gone by. Much has changed but just as much remains the same. Mark Renton returns to the only place he can ever call home. They are waiting for him: Spud, Sick Boy, and Begbie.
Other old friends are waiting too: sorrow, loss, joy, vengeance, hatred, friendship, love, longing, fear, regret, diamorphine, self-destruction and mortal danger, they are all lined up to welcome him, ready to join the dance.

For its many fans, the first film provided an adrenalin jolt to a British movie scene dominated at the time by period dramas, social realism and romantic comedies. With its trippy visuals, propulsive soundtrack and cast of unforgettable anti-heroes—and supported by an innovative, in-your-face marketing campaign—Trainspotting caught the spirit of the times perfectly. 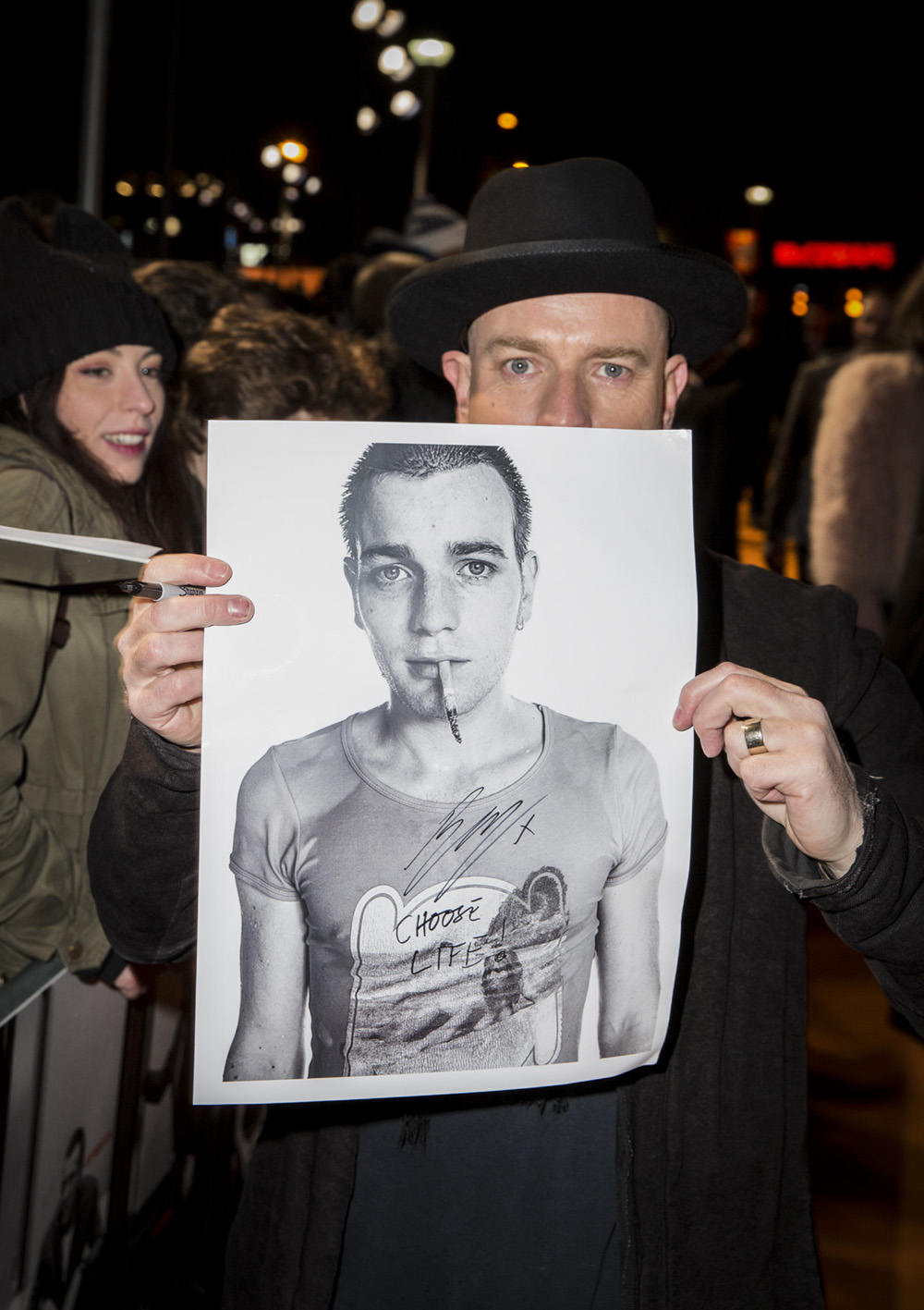 McGregor remembers the first time he saw a cut of the film: “I went to see it in a small Soho screening room with my wife and my uncle. I remember just coming out and being completely blown away after. We were looking at each other, not really able to talk about what we’d seen. Brian Tufano’s cinematography, all the performances, Danny’s direction, the music … it was just like all of the elements were as good as they could be really. And so the chances were it wasn’t going to suck. And it didn’t”.

“In Trainspotting, Renton was the observer,” McGregor continues. “He’d describe what everyone’s been up to – and say it’s all shit eventually. The hard stuff in this one was to play the fact that he’s so broken when he comes back, he’s really in a state. His marriage is falling apart and he doesn’t know what he’s going to do with the rest of his life. And that’s why he’s back, because these are the only people that really know him or that he knows. I suppose it’s a mid-life crisis of sorts, all of which plays slightly against the quiet smart gun Renton we knew from the original.”