Jack Huston, who will be seen this August in Paramount Pictures and Metro-Goldwyn-Mayer Pictures’ “Ben-Hur,” received this year’s “CinemaCon® Rising Star of the Year Award.”
Huston was presented with this special honor at the “CinemaCon Big Screen Achievement Awards” ceremony held recently The Colosseum at Caesars Palace. CinemaCon is the official convention of The National Association of Theatre Owners (NATO).

“Already known throughout the world for his compelling performance in the critically acclaimed ‘Boardwalk Empire’, Huston is poised to break out on the big screen with his upcoming performance in this summer’s ‘Ben Hur,’” noted CinemaCon Managing Director Mitch Neuhauser. “The Huston family legacy is cherished in our industry, and it is a great honor for CinemaCon to be able to recognize Jack as he embarks on what we know is going to be a great career on the big screen.” 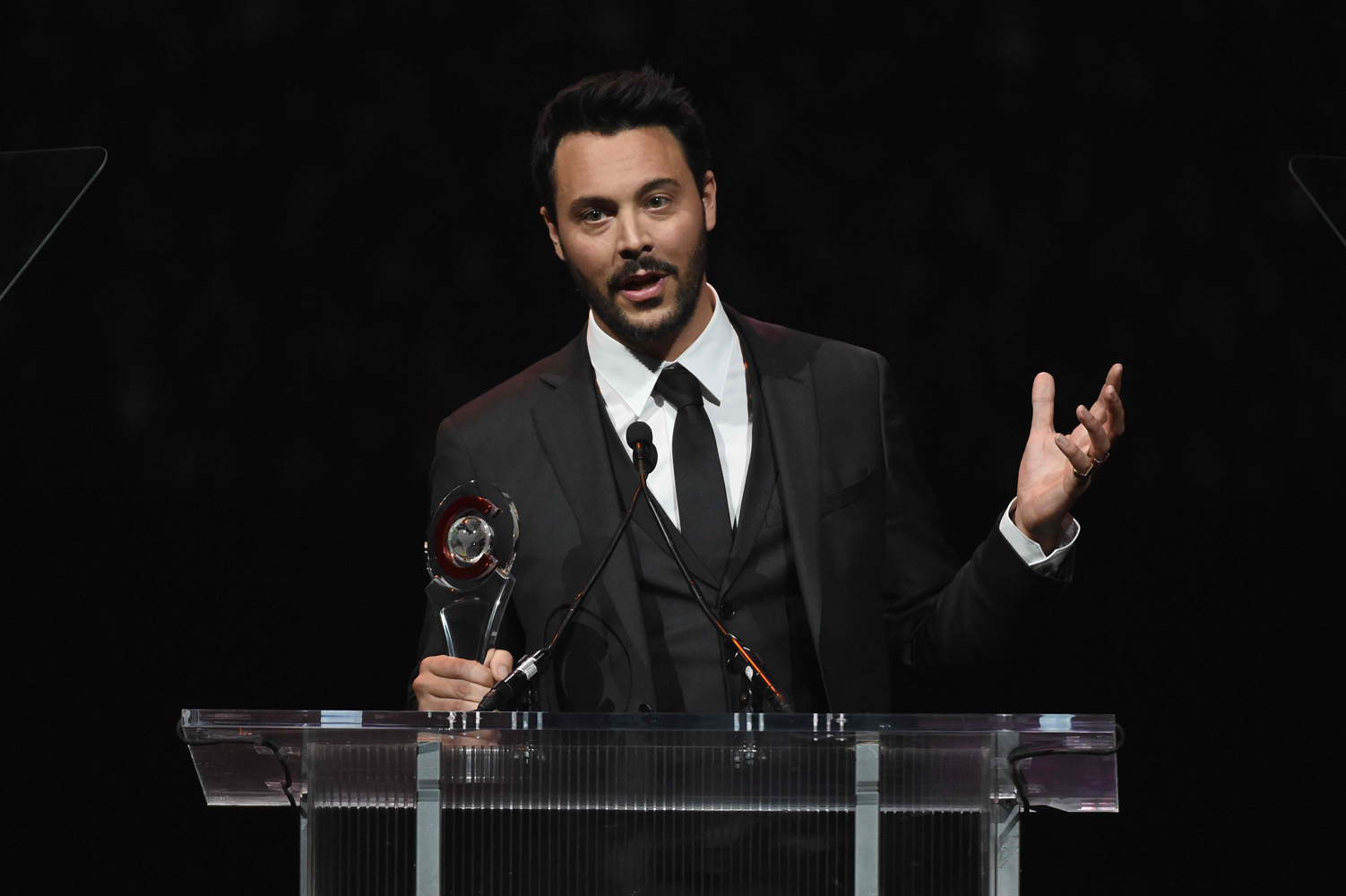 “Ben-Hur” is the epic story of Judah Ben-Hur (Huston), a prince falsely accused of treason by his adopted brother Messala (Toby Kebbell), an officer in the Roman army. Stripped of his title and separated from his family and the woman he loves (Nazanin Boniadi), Judah is forced into slavery. After years at sea, Judah returns to his homeland to seek revenge, but finds redemption.

The film is based on Lew Wallace’s timeless novel Ben-Hur: A Tale of the Christ and also stars Rodrigo Santoro, Nazanin Boniadi, Ayelet Zurer, Pilou Asbaek, Sofia Black D’Elia and Morgan Freeman. Produced by Sean Daniel, p.g.a., Joni Levin, p.g.a. and Duncan Henderson, p.g.a.. Screenplay by Keith Clarke and John Ridley. Directed by Timur Bekmambetov.
Best known for his portrayal of the deeply troubled and complex war veteran ‘Richard Harrow’ on HBO’s hit series “Boardwalk Empire,” Huston began his career starring in the small screen adaption of “Spartacus.” Most recently he was seen in “Pride and Prejudice and Zombies,” “The Longest Ride” and “American Hustle.” Other credits across film and television include “Wilde Salome,” “Outlander,” “Kill Your Darlings,” “Factory Girl,” “Not Fade Away,” “Two Jacks,” and “Night Train to Lisbon.” On stage, Huston played Charles Bruno in “Strangers on a Train” at London’s Gielgud Theatre.