Finding the perfect storyteller to direct “Warcraft: The Beginning” proved to be so much easier than the producers first imagined. Best known for his BAFTA award-winning masterpiece “Moon,” as well as the twist-a-minute “Source Code,” director Duncan Jones had another valuable asset to bring to the table: his intimate understanding and deeply personal love for the game.

The son of the late music legend, David Bowie, Duncan Jones is a devout gamer and World of Warcraft player for many years. The filmmaker admits he was very excited about the prospect of a Warcraft film long before he was considered to direct it. Given the opportunity to meet with Blizzard and reveal his alternate approach, he recalls: “If you’re a player of the game, you know that part of its appeal is that you can be a hero, no matter what side you’re on. So my pitch was that the film should mirror that; it should be a war movie, one which shows the heroes on both sides and treats them with equal respect.” 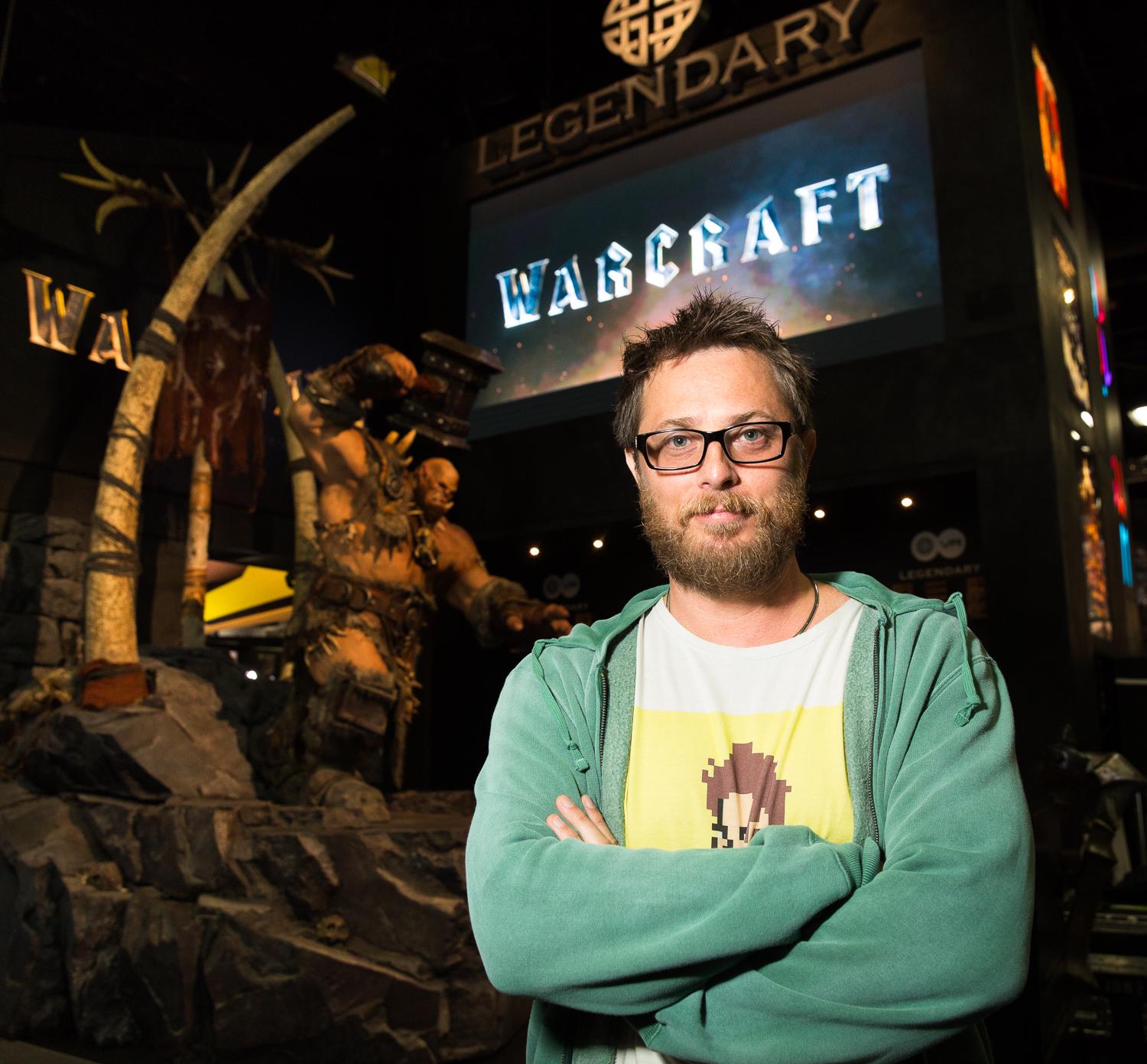 Producer Stuart Fenegan, himself a passionate player from the beginning of the Warcraft franchise, has partnered with Jones for many years, since their days together in the commercials industry. Fenegan offers why he believes the source material is so powerful and has such epic film potential: “One of the most amazing things about Warcraft is the fact that it’s not a linear game in which you are forced to play a particular character. You have this sense of community, and I feel that’s why it exploded and went so huge all over the world. You have this opportunity to create your own character; you step into this environment but instead of interacting with computer-generated, non-player characters, you have this social experience with people from all over the continent in which you’re playing.”

Chris Metzen, senior vice president of story and franchise development at Blizzard, recalls the day they met with Jones and Fenegan to discuss bringing the series to the big screen: “Duncan was talking about his experiences, the things he loves about Warcraft and how long he had played, and there was this immediate kinship. The more he talked about his vision, and his instincts on what was possible, I knew we were in good hands.”

It was this exchange of ideas and possibilities that drew the filmmakers to conclude the best place to begin the epic, 20-year-in-the-making Warcraft narrative was with the 1994 inaugural game, Warcraft: Orcs and Humans, in which a portal from the dying planet of Draenor delivers a brutal and desperate orc army to Azeroth’s doorstep.

Metzen explains: “For all the stories that you can tell around the fictional events of Warcraft, especially given all the players’ experiences in World of Warcraft, which happens some 30 years after the events of the film, we thought that going back to the start and showing the origins of the Alliance and the Horde—and how these first conflicts shaped the events of the modern era—would be the common point in everyone’s experience. It seemed clear to start at the start, where both of these factions that define so much of the franchise’s modern era began. In that way, we created the best possible primer for what Warcraft is to everyone, regardless of what race they’re a part of.”
Producer Jon Jashni agrees with his team that this take was spot on. He gives: “The challenge is that you need, as filmmakers and as storytellers, to take a position. How are you able to show both sides of an issue or both perspectives on a world and also, simultaneously, root in a more-traditional narrative interwoven with heroes, villains, treachery, betrayal and emotion? Duncan found a way for us to start thinking about all this in fresh and relevant ways.”

In “Warcraft: The Beginning,” the peaceful realm of Azeroth stands on the brink of war as its civilization faces a fearsome race of invaders: Orc warriors fleeing their dying home to colonize another. As a portal opens to connect the two worlds, one army faces destruction and the other faces extinction. From opposing sides, two heroes are set on a collision course that will decide the fate of their family, their people and their home. 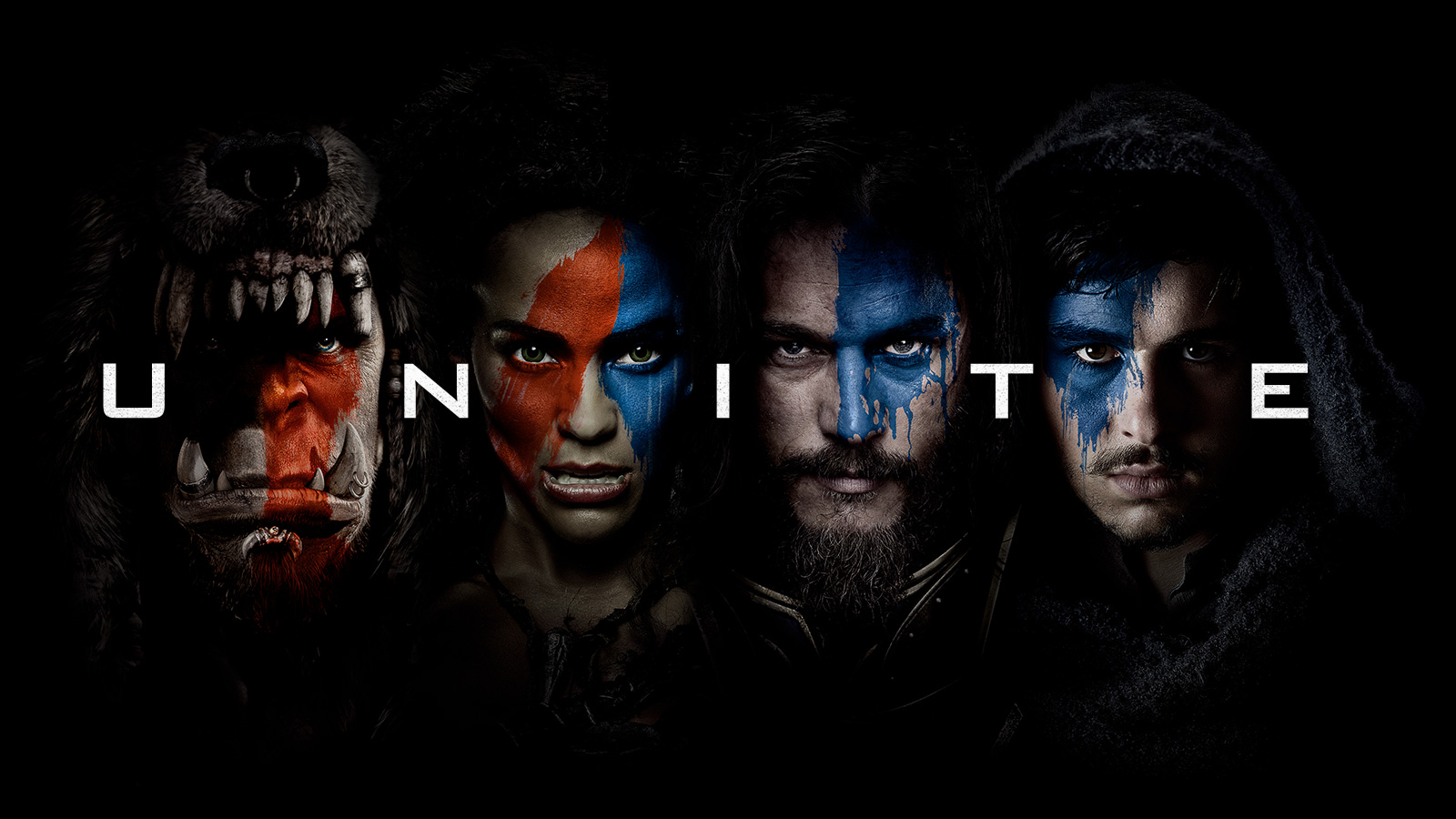 Opening across the Philippines in May 25, “Warcraft: The Beginning” is distributed by United International Pictures through Columbia Pictures.