ReZirb
Home Entertainment Master Magicians Back And Beyond The Limits Of Illusion In “Now You...

The surprise worldwide hit caper “Now You See Me” which grossed over $300 million worldwide and earned the People’s Choice Award for Favorite Movie Thriller, made the Horsemen’s return to the screen inevitable for their most astounding magic act in “Now You See Me 2.” After starting out in New York City, where the first film left off, the action of “Now You See Me 2” soon becomes international as The Horsemen are transported to Macau, seemingly by magic, then on to London for a final showdown with an unexpected alliance of enemies.

In 2013, “Now You See Me” mesmerized the world with the David and Goliath escapades of a preternaturally gifted group of professional illusionists who pull off daring heists at the expense of a corrupt billionaire. This year, “Now You See Me 2” brings back the talented group in a lightning-paced global adventure that blurs the line between heroes and villains as the Horsemen continue their mission armed only with their imaginations, skill and camaraderie. This time, things go wrong very quickly for the Horsemen. The audience can look forward to watching a movie that has a bigger scope, bigger laughs and bigger action, while going deeper into the mythology of The Eye. 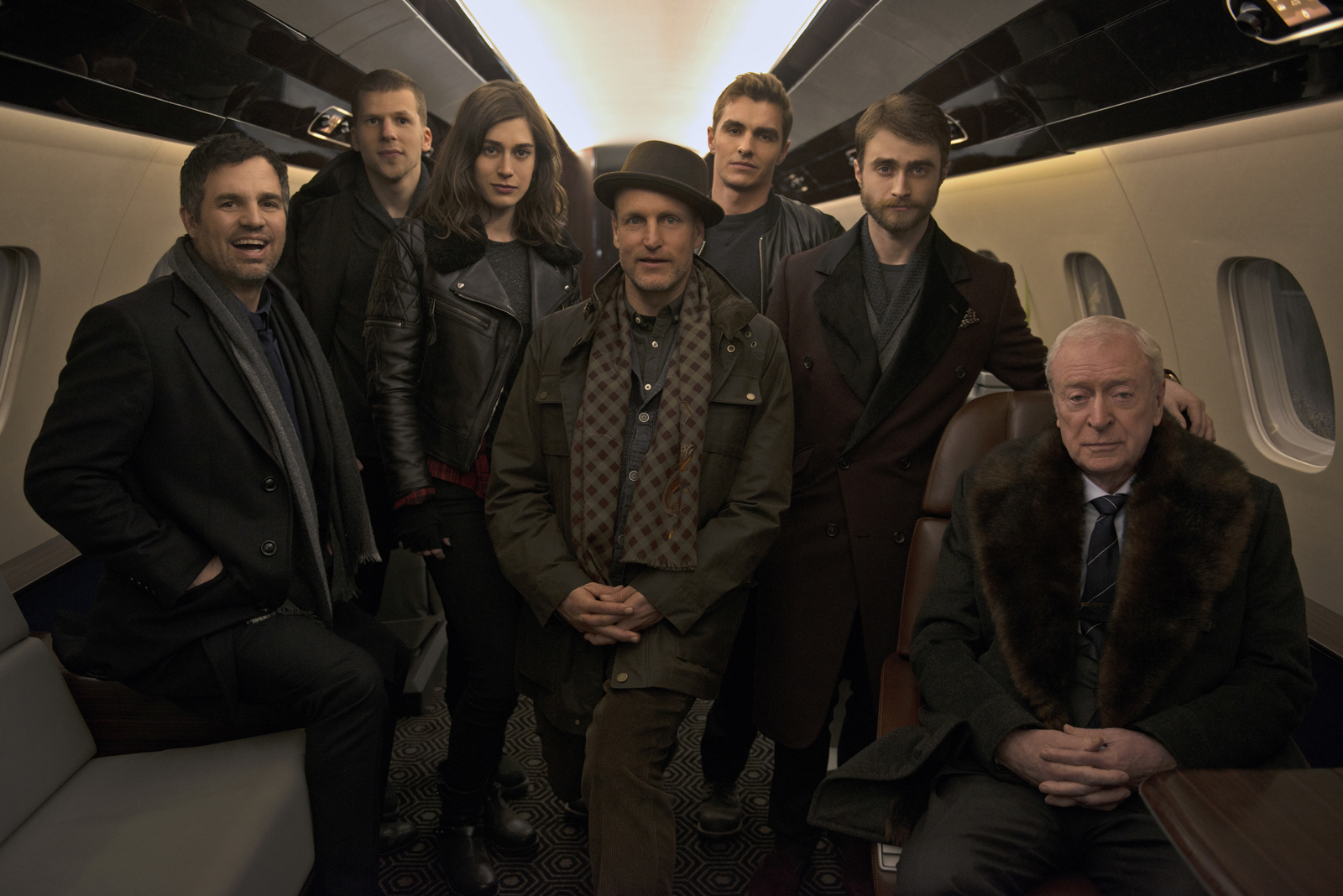 A big fan of “Now You See Me,” Chu jumped at the chance to work with a cast full of world-class actors, including five Oscar® winners and nominees, to make a movie combining magic, storytelling and mystery. “This script was so much fun to work on,” he continues. “However this time around, we get to be with the Horsemen as they are trapped in a magic trick themselves and have to use their illusionist skills to get out. Ed Solomon’s script is brilliant and combines intricate story architecture with a breezy pace and fun tone that makes the movie an event for the whole family.” 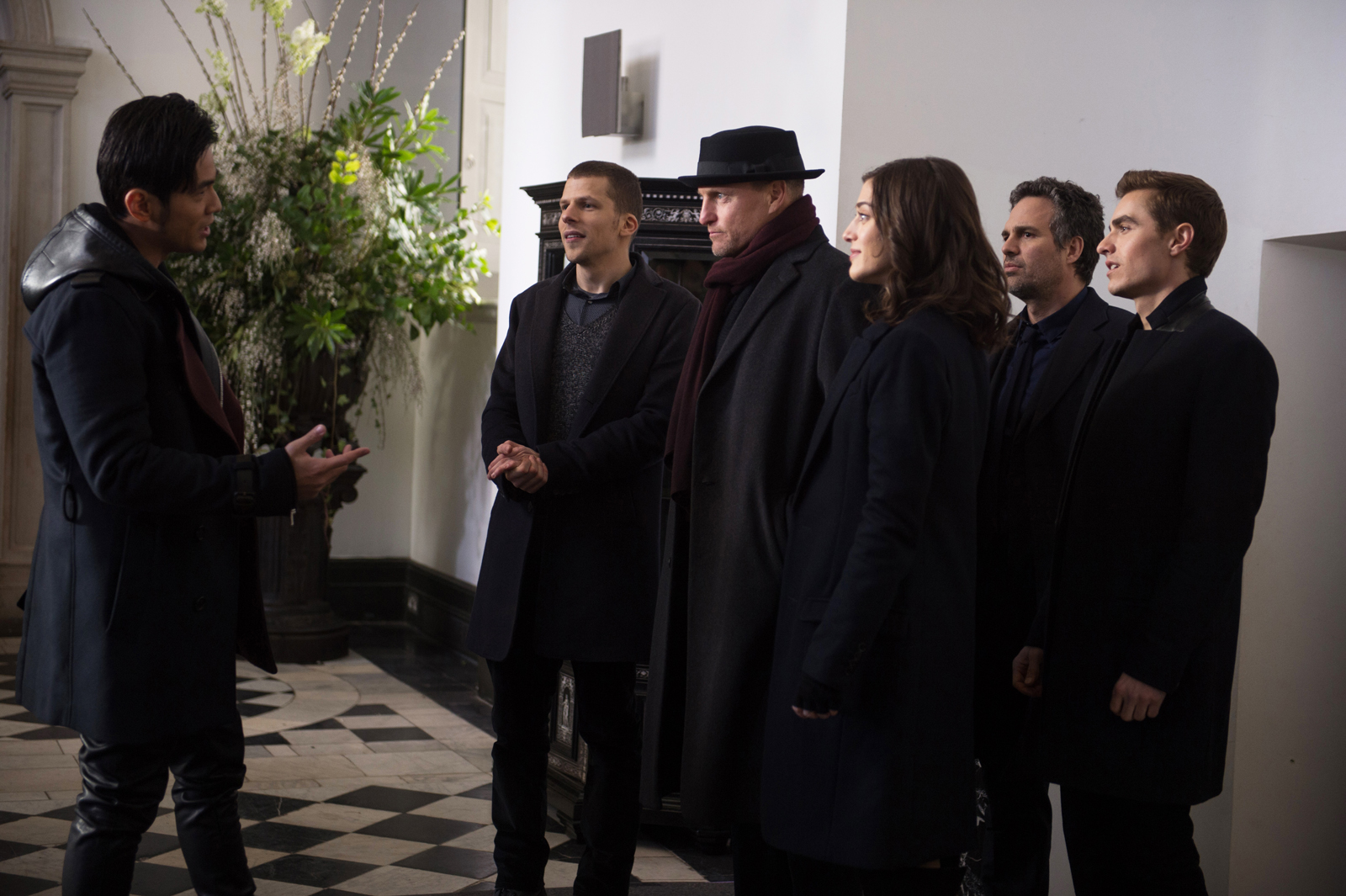 In “Now You See Me 2,” the audience will feel like they are watching first hand as great magicians do their best work, according to screenwriter Ed Solomon, whose numerous past credits include “Men in Black” and cult-classic “Bill & Ted’s Excellent Adventure.” “You should have that dual response that magic so often evokes,” Solomon says. “You are amazed by what you are seeing even though you know you’re being fooled. You’re excited to see where it will take you. There’s that wonderful suspension of disbelief.”

At the heart of this film, like that of its predecessor, is a sense of adventure and wonder, says Solomon. “I hope it’s at least as much fun for the audience to watch as it was for us to make,” he adds. “I think people love magic for the same reason they love jokes. It’s the element of surprise. You know it’s a game, but you feel safe. People love watching an expert doing something they don’t quite understand and trying to get to the bottom of that mystery.”

Prepare for the unbelievable when “Now You See Me 2” opens June 8 in cinemas nationwide from Pioneer Films.