Hugh Jackman and Taron Egerton, recently seen in an impressive lead performance in “Kingsman: The Secret Service” team up in the upcoming highly-inspirational true-to-life comedy in “Eddie The Eagle.”

Inspired by true events, “Eddie The Eagle” is a feel-good story about an underdog with a never say die attitude, Michael “Eddie” Edwards (Egerton), an unlikely but courageous British ski-jumper who never stopped believing in himself – even as an entire nation was counting him out. With the help of a rebellious and charismatic coach (played by Hugh Jackman), Eddie takes on the establishment and wins the hearts of sports fans around the world by making an improbable and historic showing at the 1988 Calgary Winter Olympics. 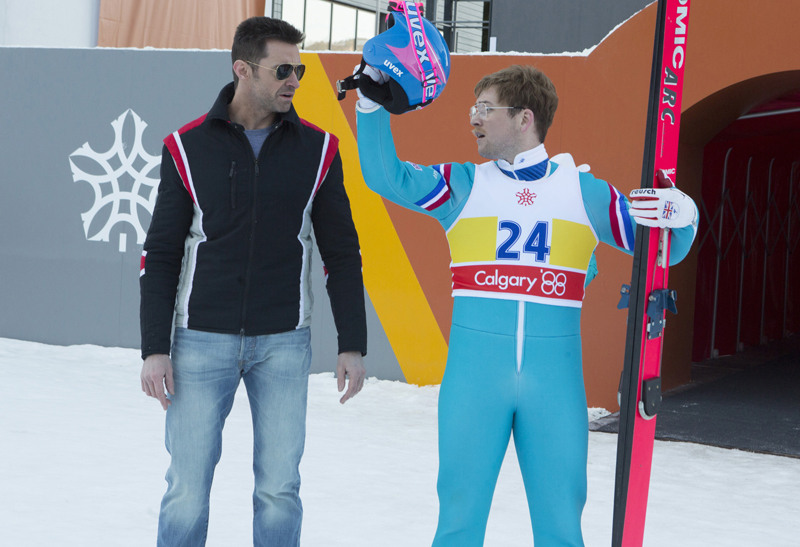 Eddie’s story is inspirational. Although he was never athletically gifted, from an early age he dedicated his life to achieving one goal: to become an Olympian. Eddie tried his hand at various sports and disciplines, before settling on downhill skiing. Having narrowly failed to make the British team at the Winter Olympics in 1984, he recalibrated and switched to ski jumping.

Edwards’ exploits were solitary. Largely shunned by the ski jumping community, he would either train himself or go through a string of short-lived coaches. For the film however, Vaughn and Fletcher wanted to create a character to join Eddie through every step of his journey. “We needed someone we can relate to, a participant we can imagine ourselves to be,” says Fletcher. “Our attitude towards Eddie would be that he’s mad, but we’re won over by his inspirational enthusiasm and approach.”

It actually took almost thirty years. One night, towards the end of 2014, Matthew Vaughn – director of “Kingsman: The Secret Service,” “X-Men: First Class” – sat down to watch a film with his children. The film was “Cool Runnings,” the comedy about a Jamaican bobsled team that defied all the odds to compete in the 1988 Winter Olympics in Calgary. “My kids were loving the film,” says Vaughn, “and I started thinking, ‘Why does nobody make movies like this anymore?’ I wanted to make a movie that you could watch and just come out feeling inspired. And I wanted to do a film I could show my kids!” 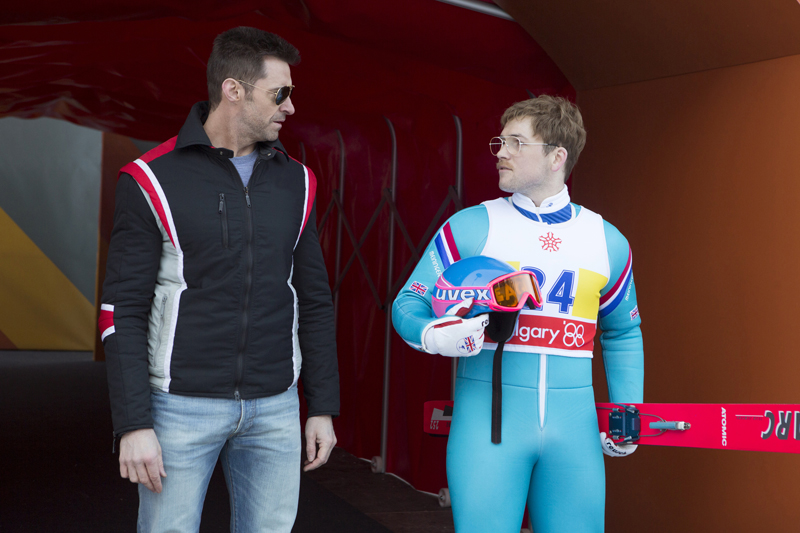 Perhaps spurred on by the remarkable coincidence that the Jamaican bobsledders and Eddie Edwards competed at the same Olympics, Vaughn turned his thoughts towards The Eagle. Fifteen years or so earlier, Vaughn and his then directing partner, Guy Ritchie, had been sent an Eddie The Eagle screenplay with a view to turning it into a movie. That deal hadn’t worked out, but something about it resonated with him. “I thought it was charming, and worth making. Loads of people had bought it since, but nothing had happened,” Vaughn explains. “I tracked down the script, said I wanted to buy it, and three months later we were filming.”

It now seems almost impossible for someone to replicate Eddie’s achievements. As detailed in the film, the standards required to qualify for the ski jump were almost immediately increased by the International Olympic Committee. Eddie never qualified for the event again, although he was selected as a torchbearer for the 2010 Vancouver Olympics.

Yet the film was devised by Fletcher and Vaughn as a testament to the unshakeable faith that Edwards possessed. “He’s a hero,” says Vaughn. “Eddie literally risked his life with every jump. He was being bloody brave. The word ‘no’ is not in my vocabulary, and it wasn’t in his, either. That’s for sure. I admired Eddie.”

“Eddie The Eagle” opens April 6 in theatres nationwide from 20th Century Fox to be distributed by Warner Bros.