In “Alvin and the Chipmunks: The Road Chip,” the Chipmunks hit the road and embark on a journey to stop their guardian Dave (Jason Lee) from what they believe to be a wedding proposal in Miami. Alvin, who’s charming and musical with boundless enthusiasm and animal magnetism; Simon, whose I.Q. is just north of Einstein’s; and Theodore, who’s shy, good-natured, loving and sensitive along with new equally mischievous pal, Miles (Josh Green) son of Dave’s special friend, Samantha (Kimberly Williams-Paisley) are not thrilled on the idea of Dave and Sam tying the knot. ‘

In a pact that recalls the expression, ‘The enemy of my enemy is my friend,’ the Chipmunks and Miles reluctantly join forces to travel cross-country, to Florida, and try and break up what they believe will be Dave’s marriage proposal to Sam. 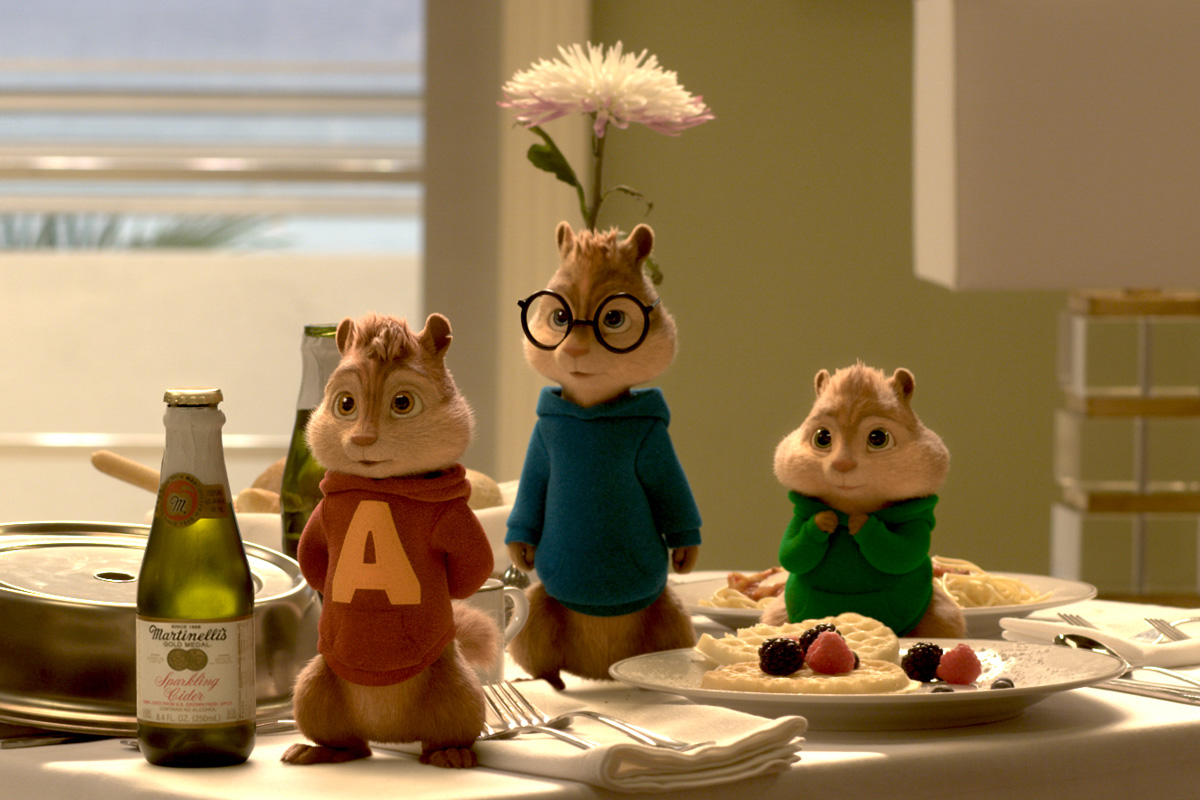 It’s a journey filled with adventure, laughs, music and lots of local color. But director Walt Becker also notes that it’s also about Alvin, Simon, Theodore and Miles finding their way into a kind of blended family. He further points to the film’s new blended family elements as an entryway to this new chapter in the Chipmunks’ lives. It’s no longer just the three boys and Dave Seville. Two new characters – a love interest for Dave, and her teenage son – enter the scene, and turn the ‘Munks’ life and family topsy-turvy.

“I think the idea of a blended family is one that many people can relate to,” says Becker. “The Chipmunks are always trying to do the right thing, but end up doing it in the wrong way. You can mine a lot of comedy from those family experiences.” 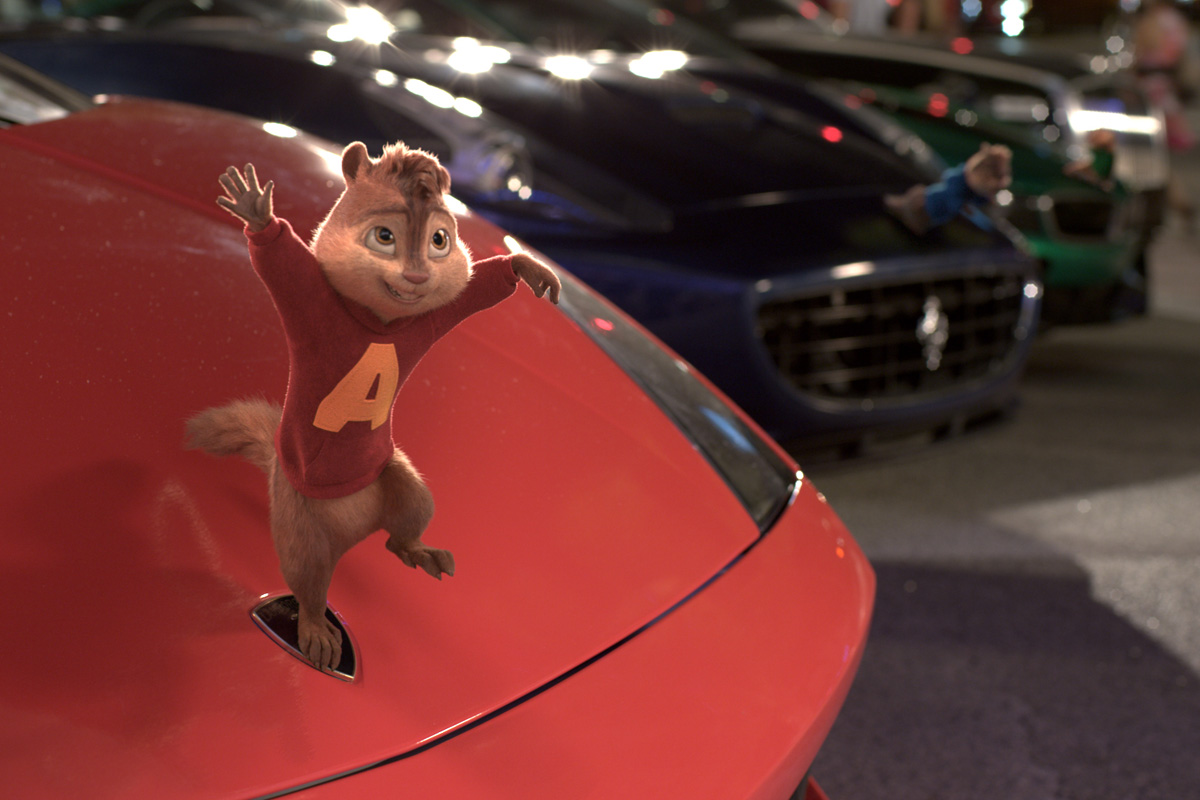 There’s also a lot of humor mined from the guys’ cross-country odyssey. It begins when Miles smuggles the ‘Munks aboard a flight, where everything goes wrong. In flight, they meet a new foe – a TSA Agent named Suggs, played by recent Emmy® winner Tony Hale (“Veep”).

“Alvin and the Chipmunks: The Road Chip” shakes things up, musically. Each stop on the ‘Munks’ and Miles’ quest has its own special character and different musical influence – from modern, hip-hop/country vibe of an Austin, Texas bar to the great jazz, blues and funk of New Orleans, and finally to the Latin flair of Miami. 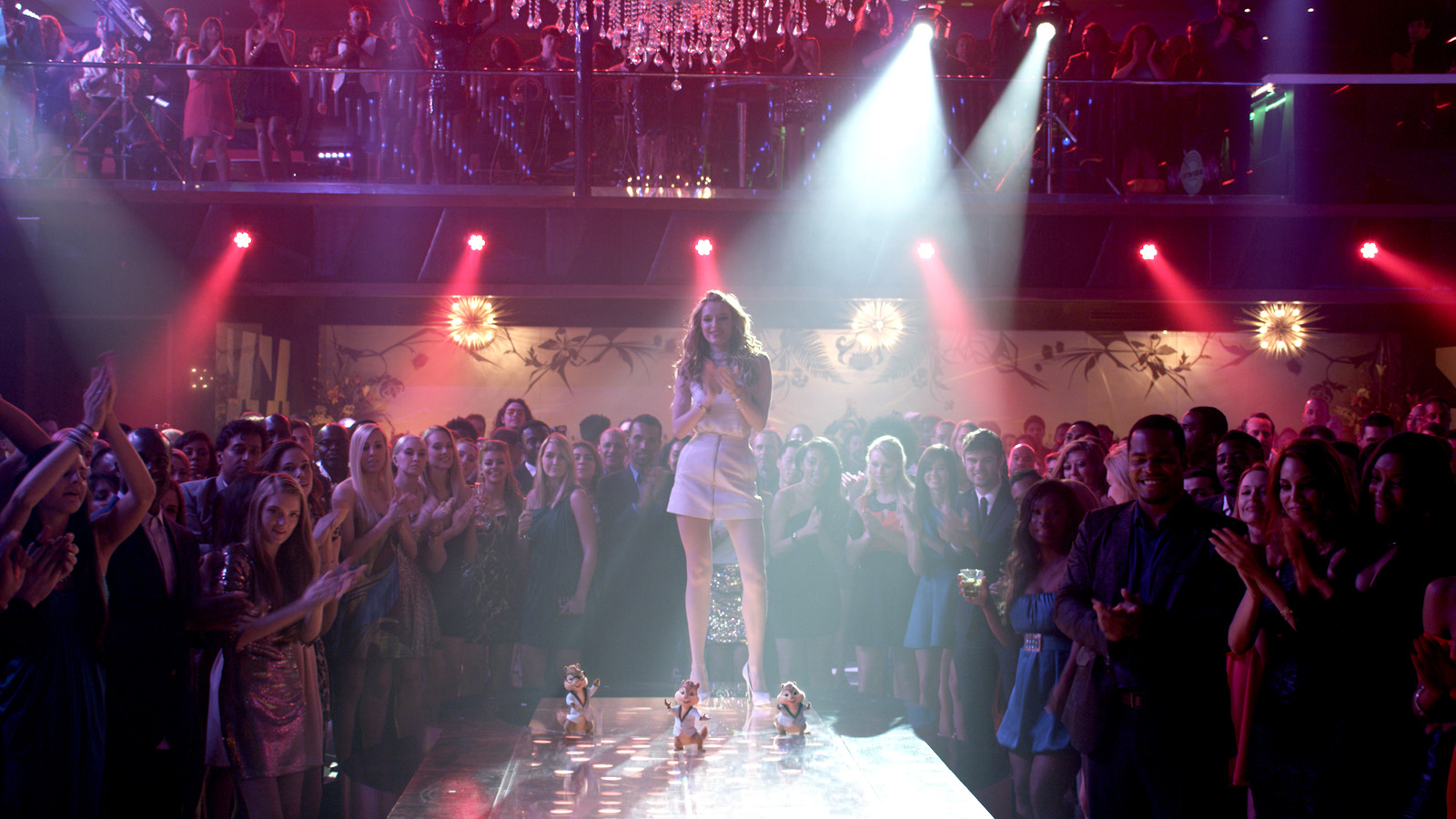 Continuing a soundtrack tradition for the series, Alvin and the Chipmunks put their own delightful new spin on smashes including “Uptown Funk,” “Turn Down For What,” and more. In addition, Redfoo and the boys trade verses on “Juicy Wiggle (Munk Remix).” The soundtrack also features Sheppard’s platinum-certified international hit “Geronimo” and The Score’s “Oh My Love.” Mark Mothersbaugh is the composer and the executive music producer is Alana Da Fonseca.

“Alvin and the Chipmunks 4: The Road Chip” opens January 20 in cinemas from 20th Century Fox to be distributed by Warner Bros.