When selecting the actors who would perform in “Krampus,” it was important to director Michael Dougherty to ensure that the cast felt exactly like a family attempting to get through Christmas. Says the director: “Our premise was, ‘What if we made that struggle more difficult by adding a heavy dose of supernatural fun to it?’ That meant casting people that you would believe in a family dramedy and finding actors who had strengths in drama and comedy…but who weren’t primarily known for horror films.” In Dougherty’s signature style, he muses, “I think it’s fun to take actors who you love and find endearing and then just do terrible things to them.”

Like many of the cast and crew who worked on the project, Adam Scott grew up on a steady diet of ’80s horror films, and was thrilled to discover his director’s predilection for using practical effects whenever possible. The actor discusses that his first meeting with Dougherty sealed his interest in joining the project: “Michael explained that he wanted to make a film that harkened back to the Amblin movies of the ’80s, ones with a mix of horror and dramedy—grounded stories with a real sense of danger and high personal stakes for all the characters.” 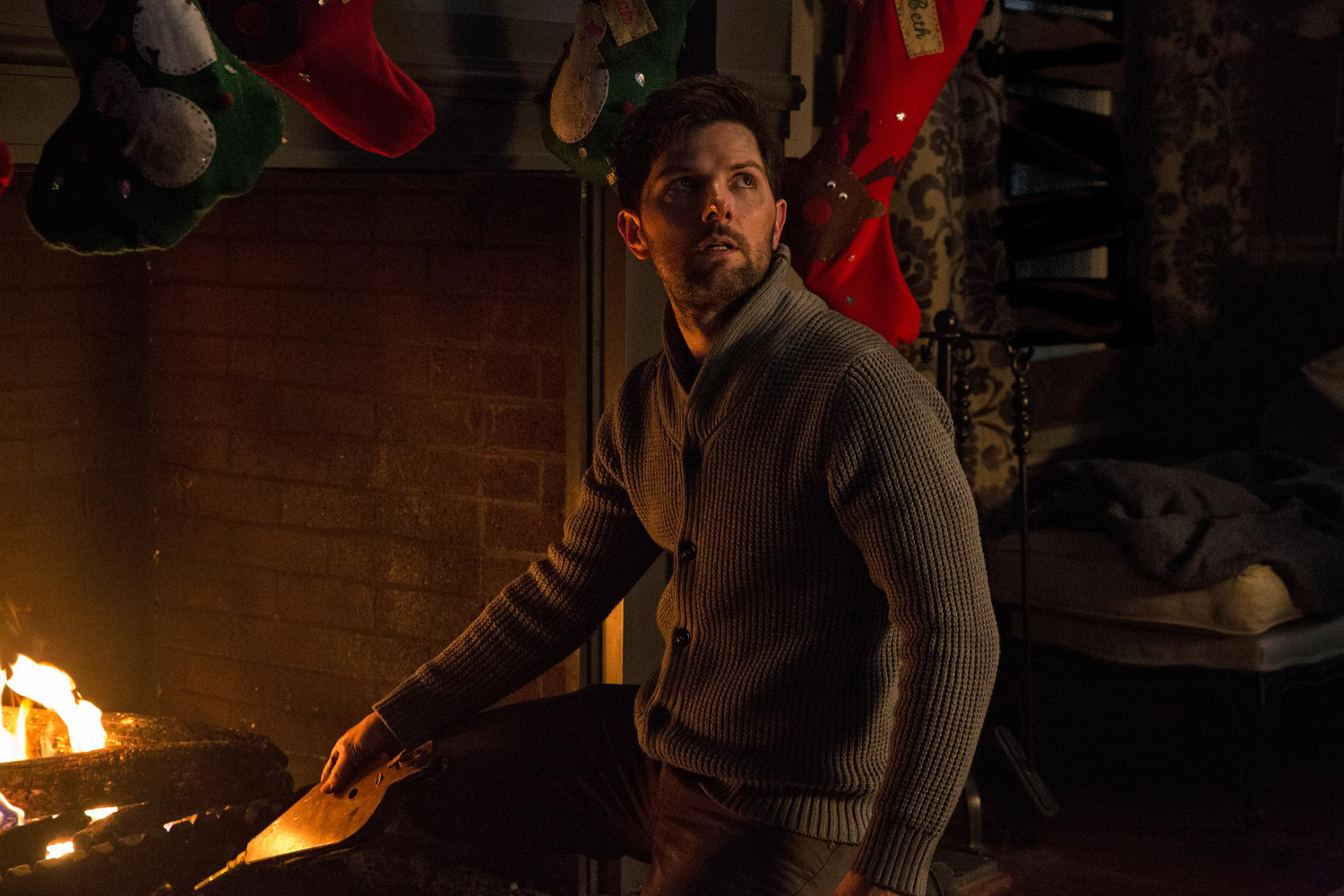 Scott describes his character, Tom Engel, as harboring a lot of guilt for working a great deal and being away from his family so often: “He feels a bit on the outside of the structure at home, and things with his wife are strained. But over the course of the movie, he gets to step up and protect his family.” Adding to his interest, the actor admits that he was “beyond thrilled” at being cast beside on-screen wife Toni Collette. “Toni is one of the great actresses we have; she upped everyone’s game.”

For her part, the Oscar®-nominated actress relished portraying Sarah on screen. Although Collette has appeared in several thrillers during her career, most significantly in “The Sixth Sense,” she has long been lauded for both her work in drama and comedy. Reflecting on playing the stressed-out mother of two, she notes: “Many people can relate to the stress in the Engel family during the holidays. We’ve gotten to the point that Christmas has become so commercialized, such a period of self-induced mania. I responded to the fact that this family has lost its way, and they’re forced into a situation that only by working together will they overcome what’s befallen them.” 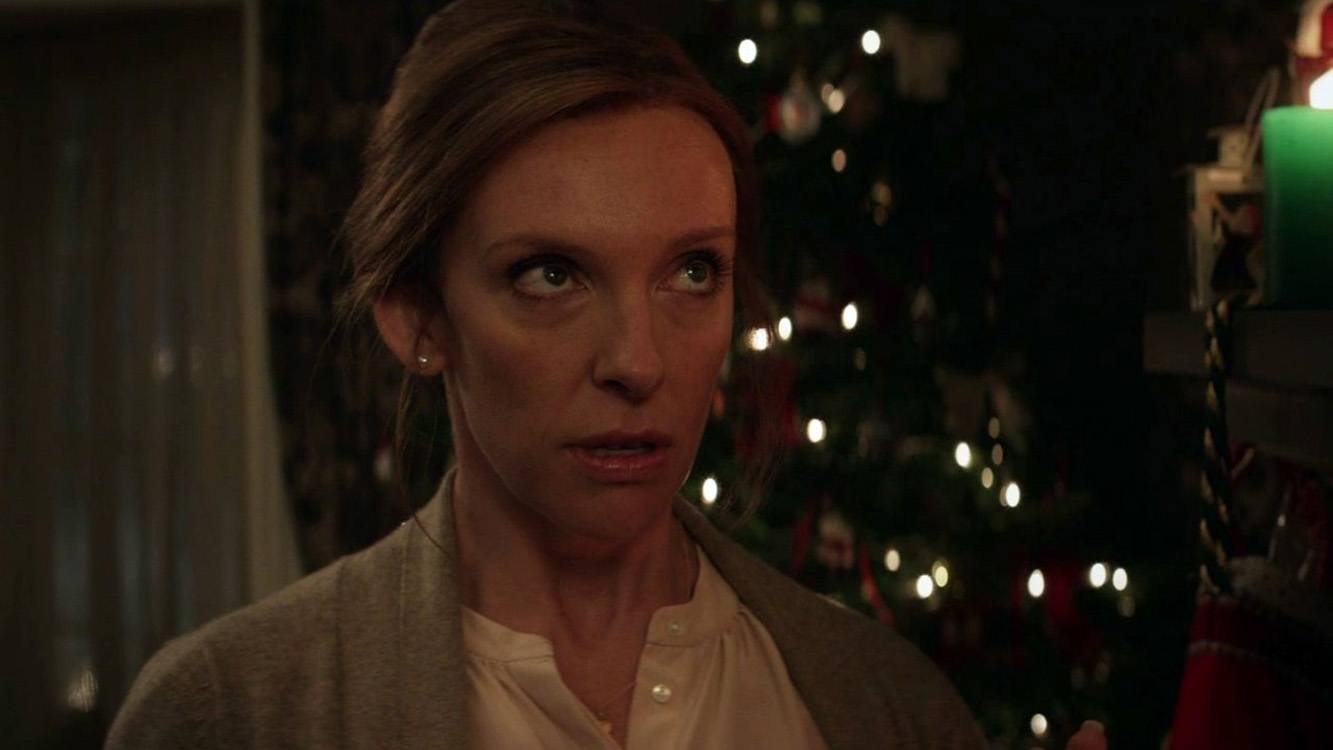 As did Scott, Collette relished the idea of playing a role on such a physical set. She laughs: “When we weren’t being chased outside by evil elves or hauled up a chimney by psychotic gingerbread men, Michael had us running through the house causing all sorts of mayhem. And although we were all exhausted by the end of the shoot, I think I can speak for the rest of the cast when I say that we adored playing in his world.”

Max, the glue that holds the fraying Engel family together, is portrayed by young movie veteran Emjay Anthony, whose 12-year-old enthusiasm infused the entire period of principal photography. “It was awesome,” exclaims the co-star of “Chef” and “Insurgent” about working on “Krampus.” As he seamlessly slipped in and out of character with each take, Anthony exuded the ease of a child actor with a lot of on-set experience. At the same time, the self-professed trickster took great delight in pranking cast and crew throughout the shoot. He particularly enjoyed when Dougherty colluded with him. 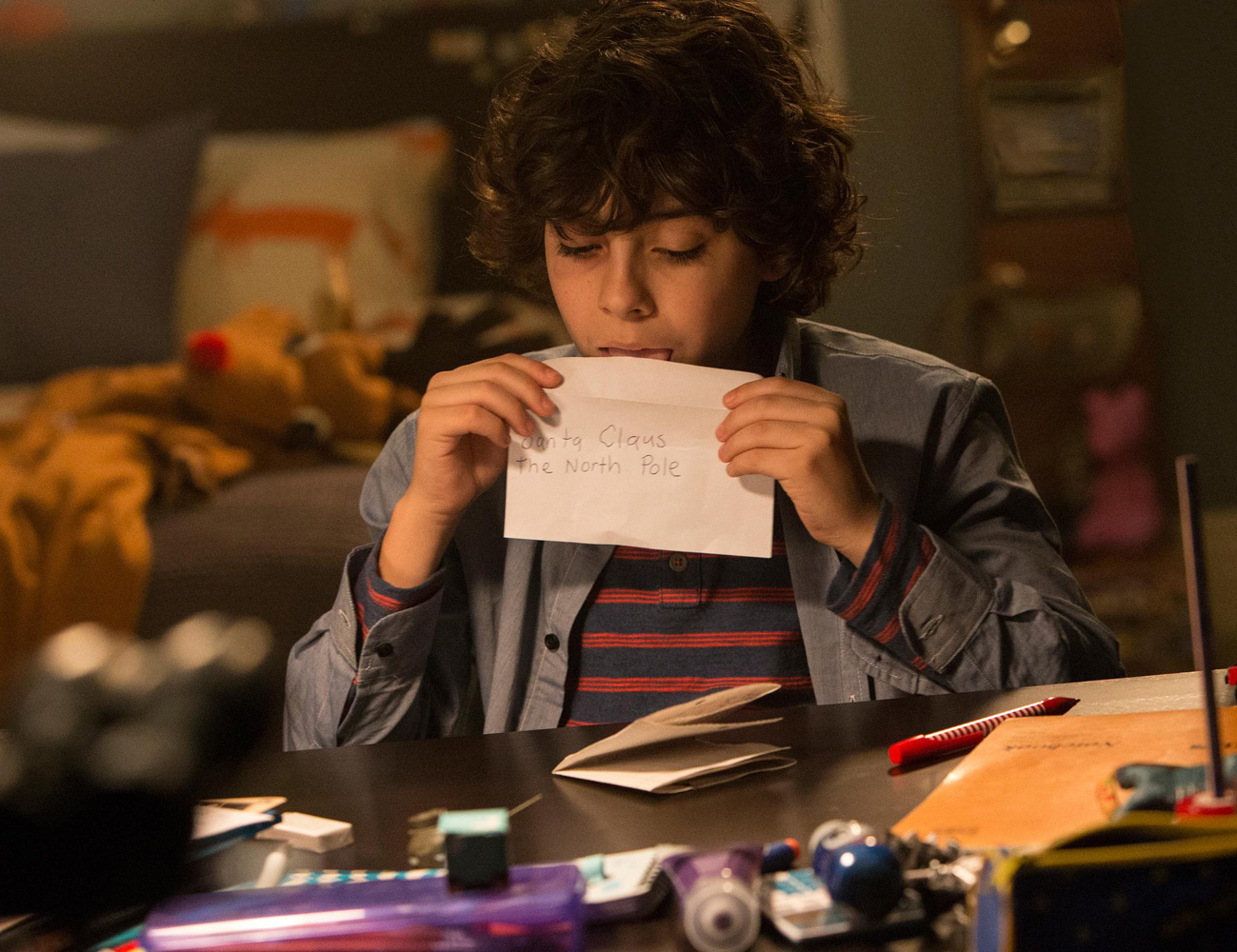 The young performer describes Max as “a kid who is just trying to keep his family together.” Sharing a set with demented puppets was a first for Anthony, as well as something he is keen to do again. He cringes when he recalls the creatures: “They are disgusting, especially that angel with the crazy tongue.”

Legendary Pictures’ “Krampus,” the darkly festive tale of this yuletide ghoul, reveals an irreverently twisted side to the holiday. When his dysfunctional family clashes over the holidays, sensitive and thoughtful young Max Engel grows disillusioned and turns his back on Christmas. Little does he know, this lack of festive spirit has unleashed the wrath of Krampus: a demonic force of ancient retribution intent on punishing non-believers.

All hell breaks loose as twisted doppelgangers of beloved holiday icons—from frost-bitten snowmen and demonic cherubs to feral teddy bears and wickedly delicious gingerbread men—take on a monstrous life of their own, laying siege to the fractured family’s home and forcing them to fight for each other if they hope to survive.