Chris Hemsworth powers through a different adventure as he stars as whaling ship Essex First Mate Owen Chase, in Warner Bros. Pictures’ “In the Heart of the Sea.”

Based on Nathaniel Philbrick’s best-selling book about the dramatic true journey of the Essex, which in the winter of 1820, was assaulted by something no one could believe: a whale of mammoth size and will, and an almost human sense of vengeance. The real-life maritime disaster would inspire Herman Melville’s *Moby-Dick*.

“I loved the script from the start,” gushes Hemsworth. “‘In the Heart of the Sea’ is about heroism and people being tested beyond their limits in absolutely every way. I was also captivated by the psychological thriller aspect of the whale turning the tables on them. There is something
incredibly mysterious about how this animal is portrayed—why the whale goes on the attack, which was unlike anything the Essex crew had ever encountered. The hunter becomes the hunted.”

The Nantucket of the early 1800s was very prestigious due to the wealth of the whale oil industry. And, in turn, there was one group of men on the island who commanded the most respect: the whalers. 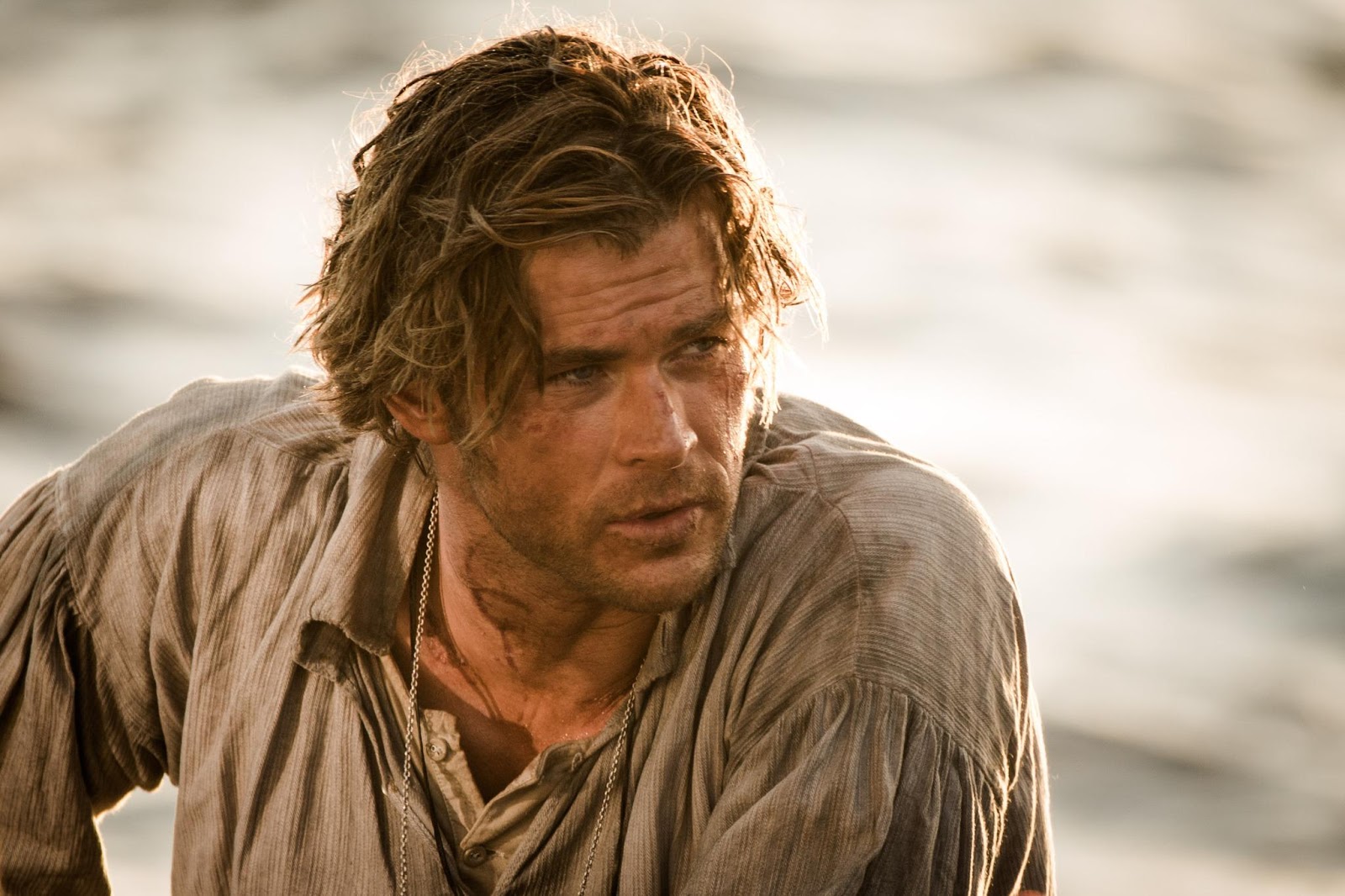 But within the whaling community, there was a distinct caste system, based more on blood than on water. Hemsworth’s character, Owen Chase, was a skilled whaler who had repeatedly delivered record amounts of oil to port. Nevertheless, not having been born to a whaling family, he is passed over to captain the Essex.

Hemsworth offers, “Chase is a working-class guy who has the skill set and qualifications to be captain but not the birthright. Because he is not from a privileged family and doesn’t have the right name or background, he is pushed aside for captain to be first mate to George Pollard, much to his
frustration and anger.”

“Chase is heroic, noble and charismatic,” director Ron Howard says, “but he’s also flawed. He is driven by a need to prove himself and is single-minded about it to a fault. Chris is such a courageous actor who conveys every facet of the character, sometimes without a word. Through his performance, we really come to know Chase at a profound level.” 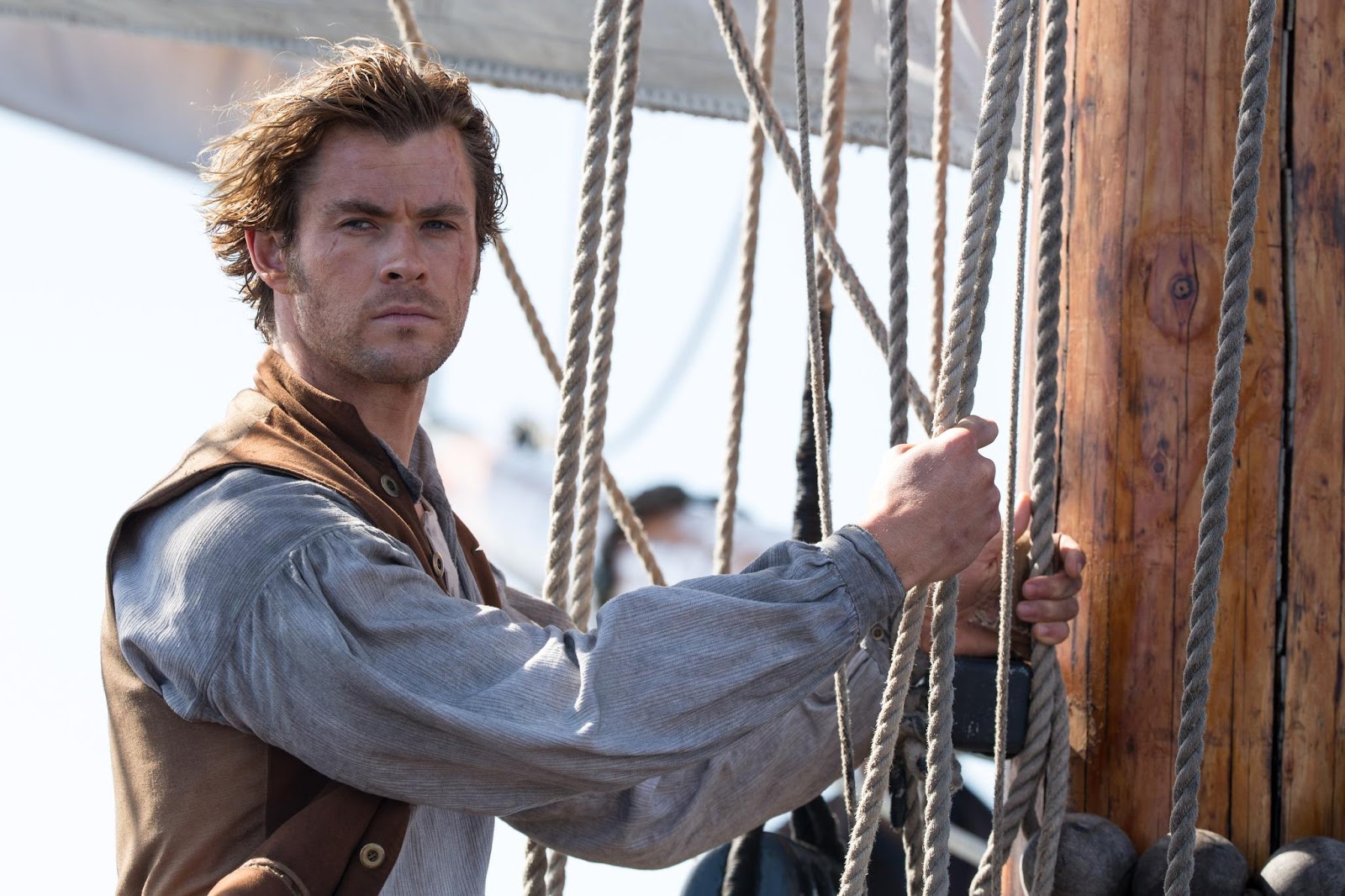 In closing, Hemsworth notes that filming “In the Heart of the Sea” has affected him profoundly. “The before and after is what I find to be one of the most compelling aspects—how the men who survive respond to what they’ve been through,” he says. “All of them are far different at the end from who
they were starting out. Coming home, how do they look at themselves and at the world? How do they look at whaling? Are they going to go back out there and do it again…? Or perhaps they are going to think, ‘Maybe this is wrong. Maybe there’s a lesson to be learned here.’”

Opening across the Philippines on Thursday, December 3 in theaters and IMAX®, “In the Heart of the Sea” is distributed by Warner Bros. Pictures, a Warner Bros. Entertainment Company.