After a meet and greet with fans in Times Square, Jackman became the first international star ever to participate in the Chinese Mid Autumn Festival celebration in Hong Kong, the Fire Dragon Festival. As a special honor, Jackman was asked to hold the Fire Dragon’s pearl in the parade. 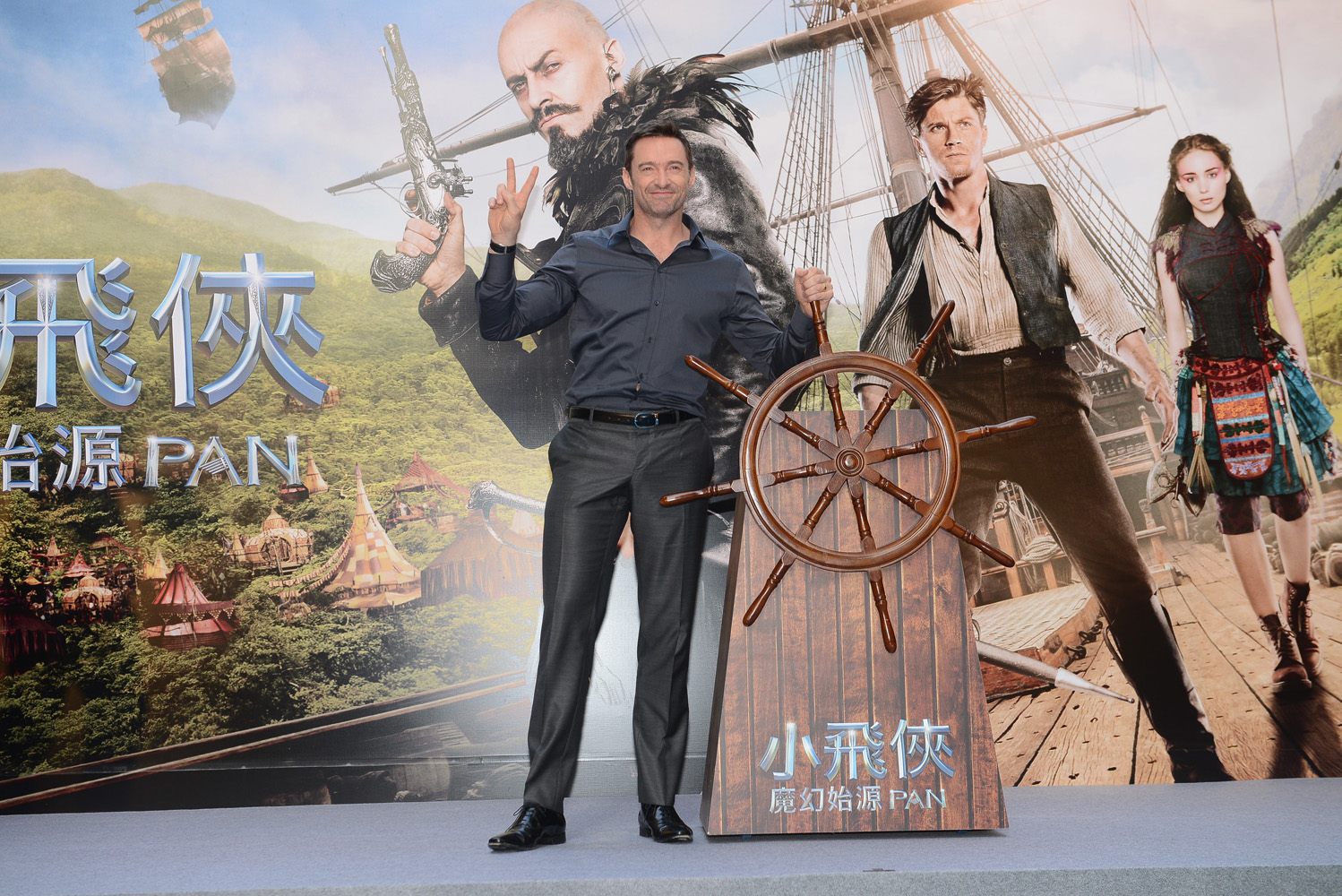 Peter is a mischievous 12-year-old boy with an irrepressible rebellious streak, but in the bleak London orphanage where he has lived his whole life those qualities do not exactly fly. Then one incredible night, Peter is whisked away from the orphanage and spirited off to a fantastical world of pirates, warriors and fairies called Neverland. There, he finds amazing adventures and fights life-or-death battles while trying to uncover the secret of his mother, who left him at the orphanage so long ago, and his rightful place in this magical land. Teamed with the warrior Tiger Lily and a new friend named James Hook, Peter must defeat the ruthless pirate Blackbeard to save Neverland and discover his true destiny—to become the hero who will forever be known as Peter Pan.

Jackman’s Blackbeard is the pirate all pirates fear, the most formidable presence in all of Neverland, and master of a vast mining camp in the sky. At times grand, at others diabolically cruel, Blackbeard kidnaps children from other worlds to mine for the priceless pixie dust with properties Blackbeard has reason to covet. Blackbeard himself fears only two things: the increasing scarcity of the pixie dust and a prophecy that tells of a boy who will vanquish him – a boy who can fly.

“Peter Pan is one of those seminal stories that is known by all ages in all countries,” says Jackman. “It’s universal, and in creating an origin for Peter, I think Jason and Joe really hooked into the inner child within all of us.” 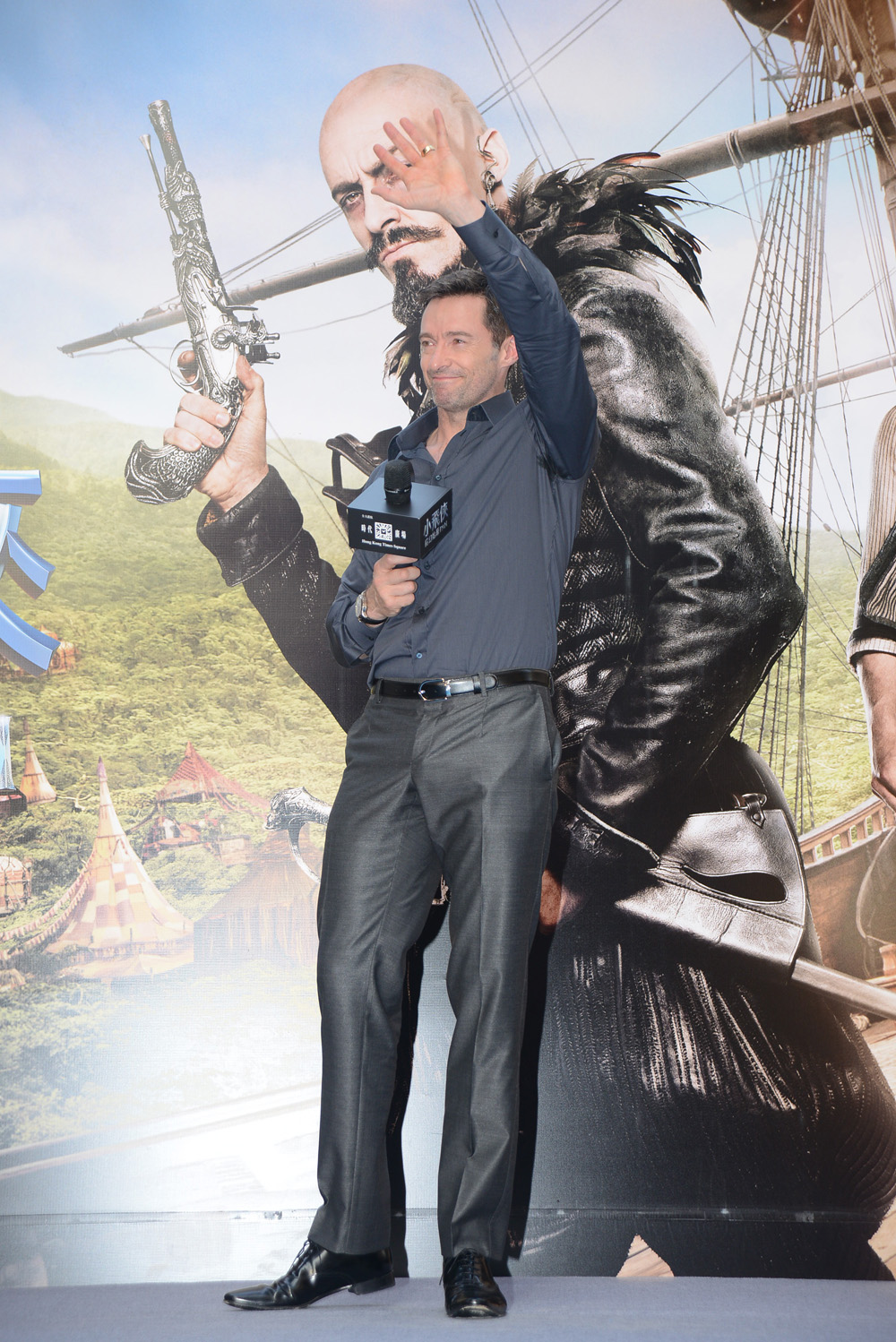 “For Blackbeard, Jason expanded on just a grain of information from the book, and then created this incredible bad guy, who is played by the nicest man in show business,” Wright smiles.

“I’ve played bad guys before, but I don’t think I’ve ever played one quite this bad,” Jackman notes. “Not only is he dastardly, but he loves to hear himself talk, to make speeches and use big words. He thinks he’s very important, and he is scary, but he’s having a good time and that made him a fun character to play.”

Another reason the actor, who is also a celebrated stage performer, enjoyed the part was that in making his entrance in the film, Blackbeard makes an entrance, one most Broadway performers would envy. “I told Joe, I’ll never get to do this again, play a pirate that sees himself almost as a rock star, and actually get to sing a rock song as a pirate. We—me, the other pirates, the kids—we sang Nirvana, we sang some Ramones, all together, in unison. It was quite spectacular.”

“Blackbeard is a troubled guy, in search of eternal youth and capricious in the extreme,” Wright adds. “One minute, he’ll be charming and funny, the next he’s throwing someone off a plank. He was once in love and lost her, and ever since has been living in a kind of self-imposed turmoil, taking it out on everybody around him, a terrifying and unpredictable force. So we had to let him have a little fun.”

Be Part of a Heartfelt Journey in “The Good Dinosaur”