The actress shares: “I did A Million Ways to Die in the West with Seth, and he’s a loyal guy. When he likes somebody he brings them back; his life is his work. I was prodding him about it over the course of six months after we finished filming, and one day he called me. As a joke, I asked, ‘What am I playing in Ted 2?’ He called me months later and asked, ‘What are you doing in June?’ and offered me the role of the new love interest.” 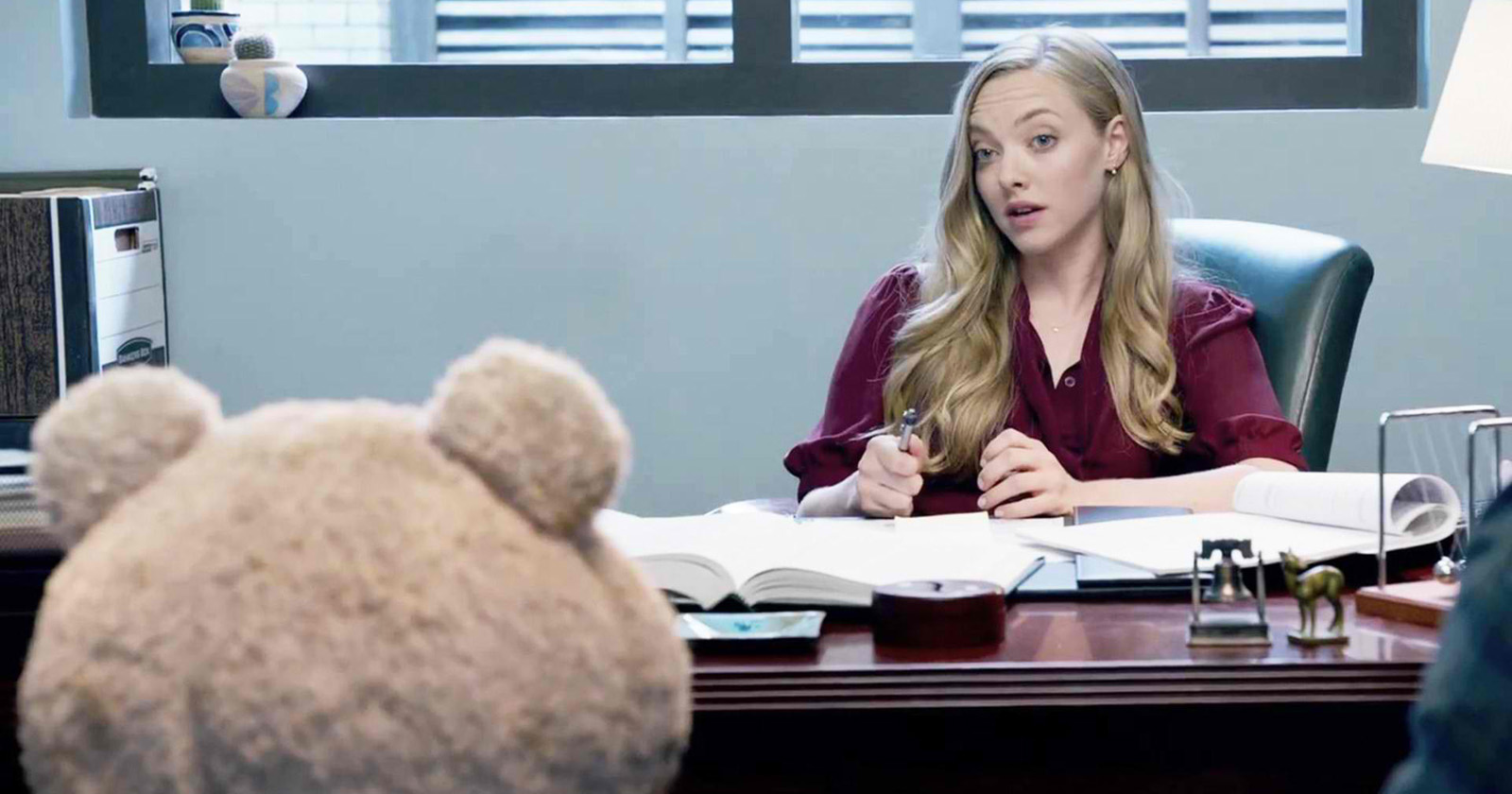 Seyfried describes her character: “Samantha is fresh out of law school and is trying to find her footing in this firm. Her uncle hired her to come in as a junior attorney, and she works very hard. She’s sincere but likes the occasional joint, okay daily, and she has her own offbeat way about her. When Ted and John first come to meet her in her office, she’s all over the place and they’re thinking, ‘How’s this scatterbrained stoner going to win our case and get Ted’s personhood back?’”

Producer Scott Stuber expands upon why the guys have their doubts: “The first time they meet Samantha, they’re not sure if she’s the right person. She’s a little young, and they don’t know if she can handle the case.” For John and Ted, however, the love of 420 trumps all. “But when she pulls out a bong and takes a rip, all of a sudden she’s the perfect lawyer. There’s a fun dynamic amongst the three of them, and she takes on Ted’s fight because she believes that he is someone who is worthy.”

Producer Alec Sulkin explains the rationale for John’s new love interest: “We knew that we didn’t have Mila Kunis for `Ted 2,’ and we wanted to serve that in the story and make it part of John’s emotional journey. John starts off in a very sad place because things didn’t turn out the way that he expected with the woman he married, which a lot of people can relate to. Then, once the legal part of the story begins, we’re introduced to Samantha and realize this could be another great love interest for him. She’s a cool chick, whereas Lori was always getting on John about smoking pot or this or that. Samantha is much more easygoing and more John’s speed. We hope that from the moment the audience meets her that they’ll be rooting for these two to get together.”

In “Ted 2,” although John (Wahlberg) is now a bachelor, Ted has settled down with Tami-Lynn, the trashy woman of his dreams. As marital problems begin to affect the newlyweds, Ted and Tami-Lynn decide to have a baby in order to save their marriage. Their hopes are crushed when the Commonwealth of Massachusetts declares Ted to be not a person, but property, and therefore ineligible to adopt. He is fired from his job at the grocery store and summarily informed that his marriage has been annulled.

Angry and dejected, Ted channels his frustration and asks his best pal to help him sue the state and win him the rights that he deserves. They enlist a young, medical-marijuana aficionada named Samantha L. Jackson (Seyfried) as their lawyer and head to court. But when Ted loses his case, the three must venture on a road trip to New York in a last-ditch effort to persuade legendary civil rights attorney Patrick Meighan (Oscar® winner Morgan Freeman) to take on their appeal. If they win, they will prove that Ted is not just a beer-swilling, pot-infused stuffed teddy bear, but actually a person who deserves the same freedoms as any other beer-swilling, pot-infused American. 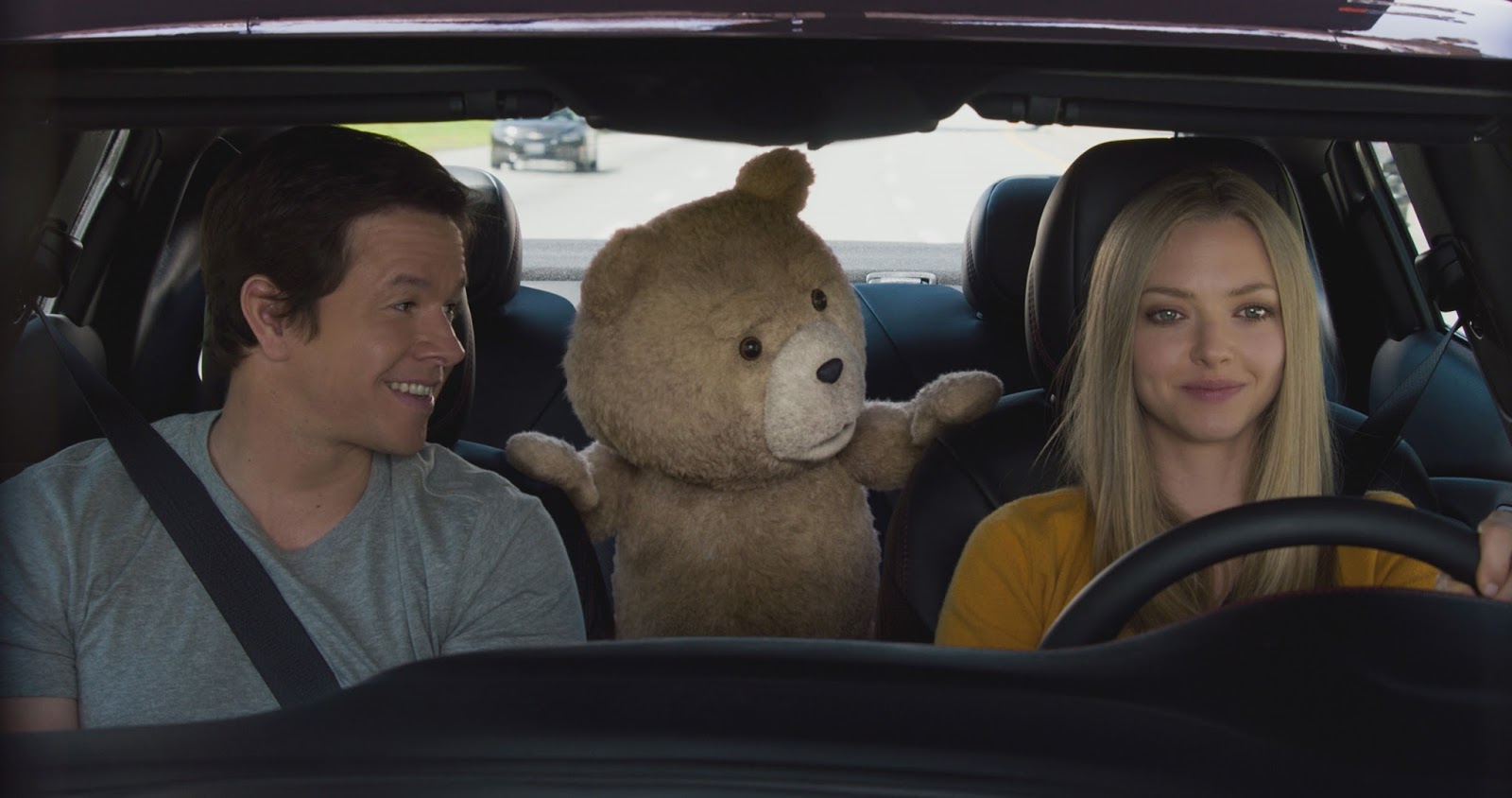 Rated R-18 by the MTRCB, “Ted 2” opens across the Philippines on July 15, and is distributed by United International Pictures through Columbia Pictures.