In the film, Zootopia is a place where no matter what you are—from the biggest elephant to the smallest shrew—you can be anything. But when rookie officer Judy Hopps (Ginnifer Goodwin) arrives, she discovers that being the first bunny on a police force of big, tough animals isn’t so easy. Determined to prove herself, she jumps at the opportunity to crack a case, even if it means partnering with Nick Wilde—a fast-talking, scam-artist fox—to solve a mystery.

“He’s a complete cynic,” says director Byron Howard of Nick. “He’s the opposite of Judy. She grew up in the country—he grew up in the city. He is very much a pragmatist. He doesn’t care what the city motto is, he does not think anyone can be anything.” 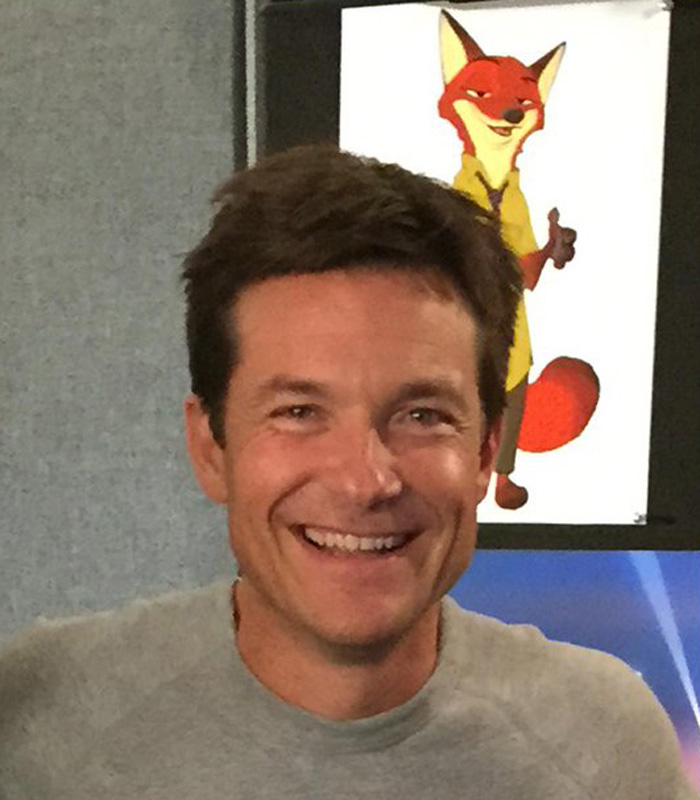 Adds director Rich Moore, “Nick believes that we are what we are and that’s all we’ll ever be. He believes deep down that no one will ever trust him because he’s a fox.”

Jason Bateman was called on to give voice to the sly fox. “Nick isn’t exactly a nice guy,” says Jared Bush, co-director and one of the screenwriters. “But Jason Bateman somehow makes him likable, appealing and oddly charming. Nick is cynical and hilarious in a Jason Bateman kind of way.”
“Nick is sarcastic with a lot of dry wit,” says Bateman. “I’ve done a bit of that kind of acting before so I guess that’s why they called me.”

According to producer Clark Spencer, it was Bateman’s ability to be simultaneously sarcastic and likable that drew filmmakers to him. “He’s charming as a person and that really comes across in his voice,” says Spencer. “He can deliver the harshest line—Nick likes to put Judy in her place—but do it in a way that doesn’t alienate the character from the audience. It’s extraordinary.”

Bateman says acting in an animated film was a unique experience. “It’s a completely different process,” he says. “I just tried to give them as many options as I could dream up—different ways to say each line. The filmmakers make the cocktail later.

“It’s honestly an honor to be a part of a Disney film,” continues Bateman. “They’re the only films I get to see nowadays because I’ve got two little girls, 8 and 3, so I’ve become a big fan. I’ve enjoyed watching the evolution of animation.”

Animated Short “The Master” to Play in Front of “Storks”