The latest vlog from the set of “Spectre” has just been released and focuses on a car chase in Rome between the Aston Martin DB10 and the Jaguar C-X75.

“I love the idea of this fantastic car being in a one-on-one battle with another incredible car from Jaguar, which is similarly extraordinary actually,” says Sam Mendes. “So it’s a cat-and-mouse game through the night time streets of Rome, at great speed, between two of the fastest cars in the world.”
“It’s amazing. It’s one of those scenes that’s going to be very iconic,” adds Dave Bautista. “Just with the two cars racing through the streets of Rome – I mean, how often do you see that? It’s one of those things you only see in a James Bond film.” 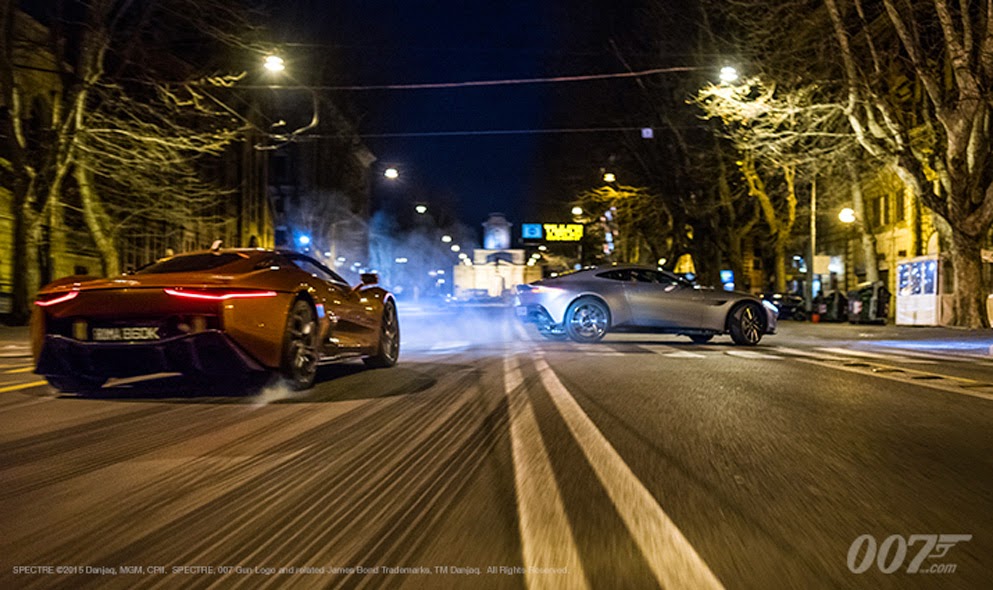 Nicole Kidman, James Franco And Robert Pattinson In “Queen Of The...