Every hero has his ride. The Lone Ranger had Trigger, the Ghostbusters had the ECTO-1, and legendary security guard Paul Blart (Kevin James) has his Segway personal transportation device, now improved and upgraded, in Columbia Pictures’ action-packed family comedy “Paul Blart: Mall Cop 2.”

Blart, of course, is an expert on the machine, which required Kevin James to get reacquainted with his old friend. “It was a little bumpy at first,” he recalls. “It’s not like jumping on a bike again, where you just remember – you have to re-learn it. A couple of times, she got angry with me.”

But eventually, James tamed the creature. “It’s a lot like a cowboy trying to break in a wild stallion… you know, if the stallion had two wheels… was electric… and wasn’t particularly dangerous,” he says.

However, even once he was reacquainted, James faced a new challenge. In this film, as Blart faces a greater threat, he will need a greater set of wheels, too. As events get hairy at the hotel, Blart rides again – no ordinary machine, but the baddest personal transportation device ever devised by man. Souped-up and tricked out with lights and siren, it has everything the modern mall cop needs.
“If Batman was a mall security guard, this is what he’d have,” says production designer Perry Andelin Blake of the device. “We designed it in carbon fiber and steel. It has all sorts of lights on it and it shows the way that Paul Blart has stepped up his game.”

“It was a tricky invention, because it had to look a certain way, but also perform – it had to be able to maneuver through the resort,” Blake continues. “Kevin is such a pro on these machines that he was able to get a lot of mobility from it. It came out looking great.”

“I’ve got only two words to describe Kevin on the Segway: mad skills,” adds director Andy Fickman. “It’s way harder than it looks, and our custom machine was even tougher. But, like an athlete, Kevin has a great sense of how his body moves. It’s what makes him such an impressive physical comedian. And the Segway is an incredible tool – or a perfect dance partner – for him to put that on display.”
Meanwhile, two Segway-related Guinness World Records were broken during the New York premiere of “Paul Blart: Mall Cop 2” — the first for the most people training on a Segway at once, and the second for the most people completing a 360-degree turn on a Segway at once.

Kevin James led the riders, in what was a Paul Blart-themed block party, and all of whom were actual security guards from the greater New York area, and almost all wearing fake mustaches, to impersonate Paul Blart.

James then made his grand entrance, rolling up on his Segway and onto the red carpet and finally the stage, and director Andy Fickman accepted their honors from a representative from the Guinness World Records office. 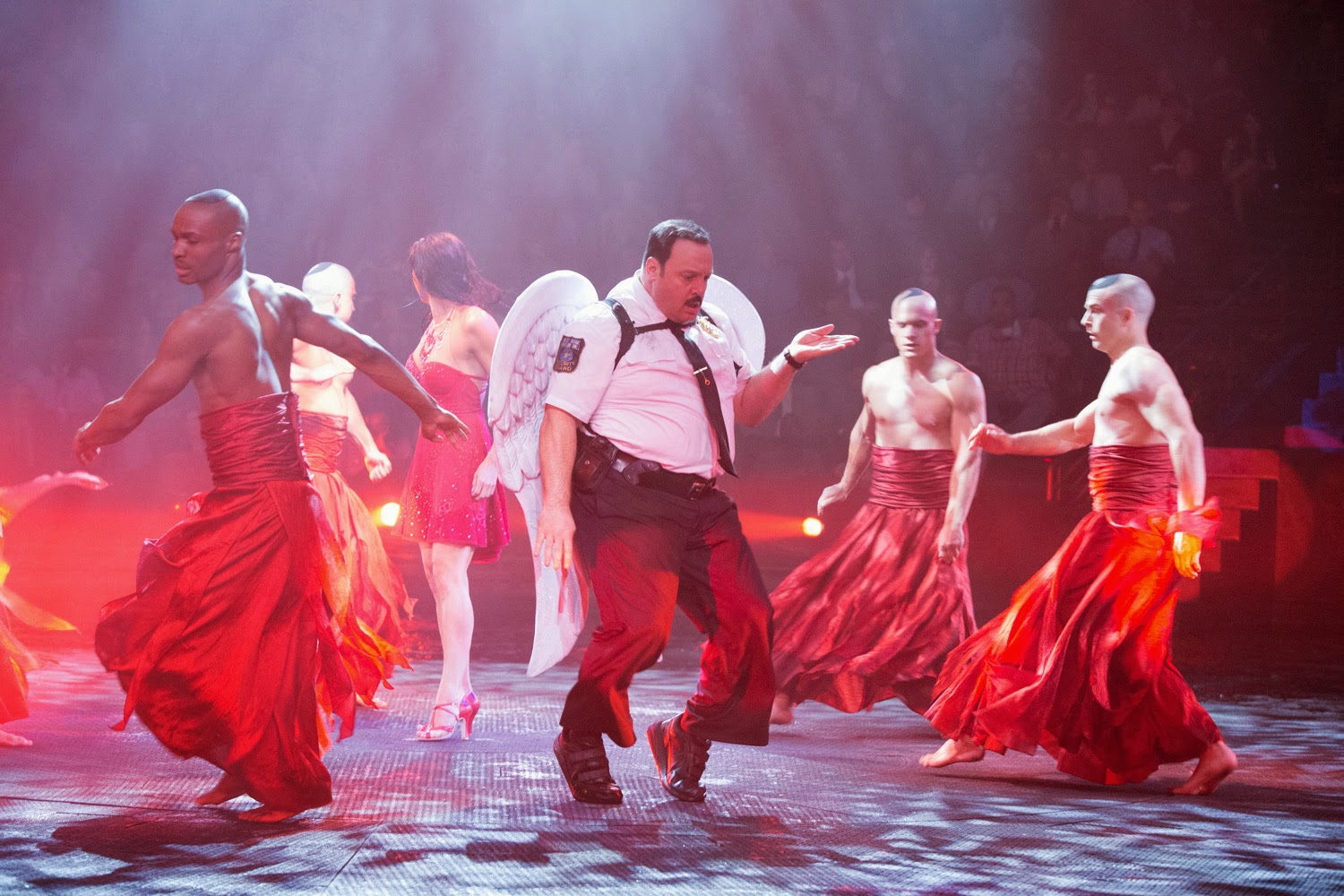