The decision to give Ultron his day in the sun as the villain of the film was always Joss Whedon’s first choice despite the end sequence in Marvel’s “The Avengers,” which featured the character of Thanos. The writer/director explains, “For me Thanos was always meant to be in the 3rd Avengers movie because he really is a god,” explains Whedon. “He is like a supreme being of evil and for me it was the cosmic cube because I’m really old; for some people it was the infinity gauntlet, but the great crossovers were usually Thanos-based and he made everybody’s lives miserable. And so the idea that he was the prime mover behind all of this just seemed natural.”

Whedon continues, “When people saw him in ‘The Avengers,’ everybody thought, ‘Oh, he must be the next villain and they are setting it up.’ That wasn’t my intention. My intention was just to say, ‘There’s a big, dark universe and this guy’s at the back of it.’ In my mind it was always going to be Ultron for this film.”

For Whedon, the task of fleshing out Ultron’s role in the sequel would go back to his childhood days. “The character of Ultron has been a mainstay villain for The Avengers since I was a kid,” says Whedon. “He was an evil, killer robot who really hates The Avengers and can self-replicate.”

Whedon elaborates, “I loved reading the old source material about Ultron, but when you go back and research, you discover that he’s just constantly saying ‘I will destroy you!’ ‘I definitely will destroy you!’ The murderous child aspect of the character was fascinating to me, but it was clear right away that while I needed to evoke a grandeur and menace in the disassociation between the way his mind works and the way humanity’s structured, I needed to completely do a 180 and make him very volatile and angry all the time.

“I also needed to figure out what kind of person had that much rage and how it would be expressed. I also needed to know, how do I have the fun that I need to have with it? How can I make him in the vein of a Loki character who is sympathetic and textured and not completely wrong in the way he views things,” concludes Whedon. 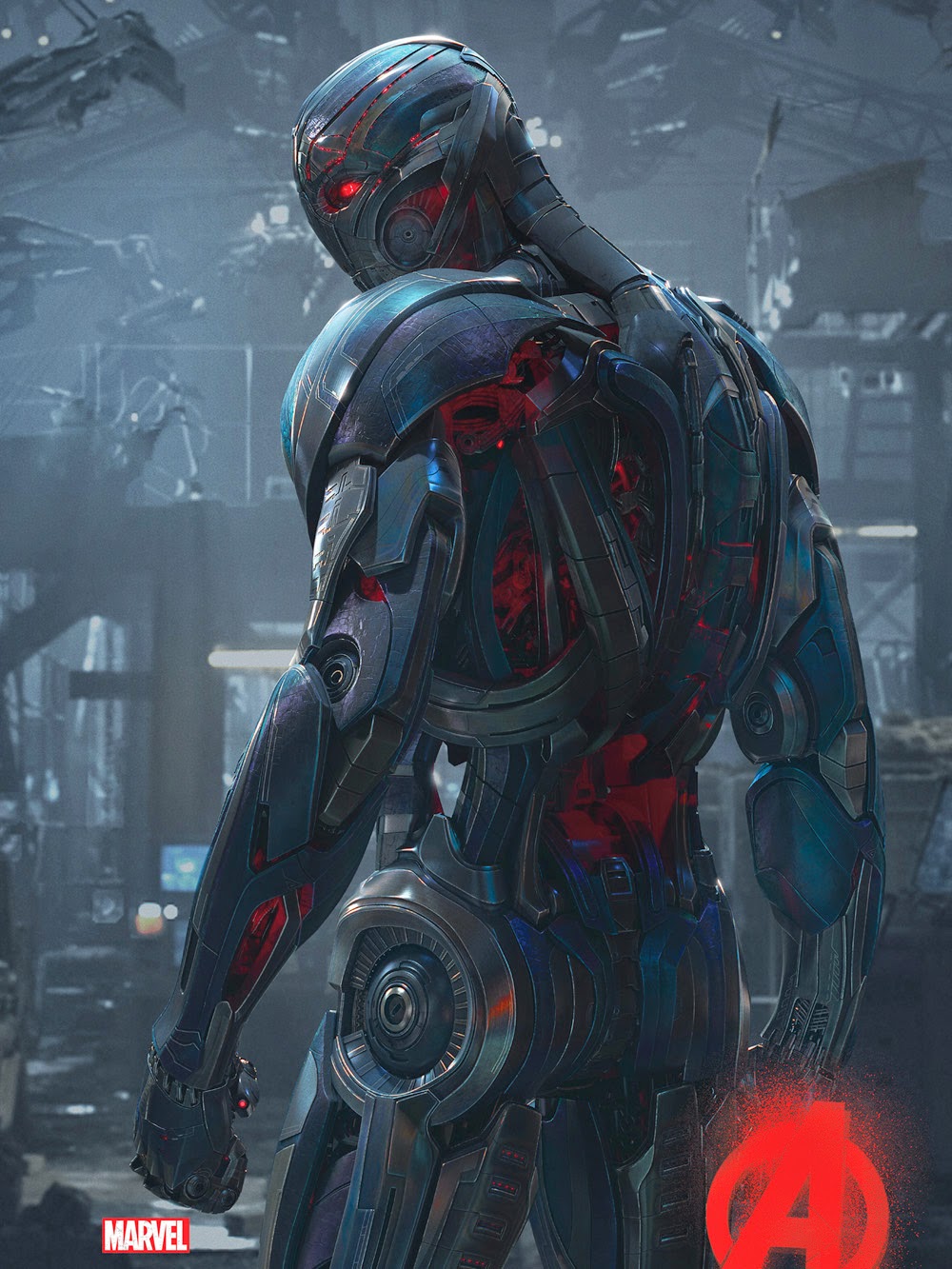 “The threat in the first film was of course Loki,” adds producer Kevin Feige. “He was very personal to Thor and he was a very powerful Asgardian. He made a deal with somebody, which allowed him to take control of the alien army, which played a big part in the fighting, but in this film we wanted the threat to be very big and as real as possible. Ultron was the right choice because he is one of the most famous villains The Avengers have ever fought against and he’s one of the most powerful. The fact that he could replicate himself, and every Ultron is actually him, is really cool. There are thousands of sub-Ultrons and he is all of them and can speak through all of them, which really was an exciting dynamic and prospect.”

For The Avengers, their eyes and ears all become fixated on Ultron when he crashes their soiree at Avengers Tower. While the character at first is a heap of scrap metal and throwaway parts, the filmmakers needed a dynamic actor who could infuse the robotic villain with a freshness that hasn’t been seen before on the big screen. Casting was much easier then expected, as the filmmakers didn’t have to search long for their man.

“James Spader is incredible actor and when ‘Avengers: Age of Ultron’ was coming around and Joss began to put together the character, he said to us, ‘It has to be James Spader,’” says Feige. “It was another casting moment where we went ‘yes!’ There was nobody else on the list. He’s so unique and has such an amazing voice that is full of humor, darkness and emotion. In the comics Ultron he is a very unique robotic character, but it’s a scary thing. There have been lots of franchises based on robots, so we did not want him to be a normal robot. We wanted Ultron to be borderline insane and full of raw emotional nerve, which you don’t expect out of a synthetic life form.”

The producer continues, “That’s what makes Ultron interesting and over the course of the film James Spader brings various bodies of technological scrap metal to life in a very unique style. It’s exactly what we wanted and then some. You have this metallic face and geared robotic eyes saying these voices he has created.”

For Spader, the complexity of the character was something he enjoyed exploring. “Ultron is able to access anything technological and anything that is available on the Internet,” informs the actor. “It becomes part of his stimulation and information and is embedded in his psyche. He has ungoverned access that is constantly streaming into his processing chip. So it’s overwhelming and almost impossible to harness the powers and knowledge. He’s a little too strong for his own good.”

“Everything about Ultron has to be motivated,” says Whedon. “At the same time, Ultron’s crazy and mentally unbalanced. James is very articulate and he said, ‘I am going to constantly reference things either in a speech or emotionally that are not happening and that are not relevant.’ It really took me a second to digest that and then I saw the point: he’s doing math emotionally that we don’t see and then suddenly he’s angry about something and then suddenly he’s obsessed with something else because his mind is everywhere. So James really embraced that, which really added so many layers to the character.”