ReZirb
Home Entertainment An American Evil Takes Form in “Get Out”

Universal Pictures’ Get Out, the film Variety calls a “bombshell social critique” that “proves positively fearless,” and The Hollywood Reporter raves is “one of the most satisfying thrillers in years,” is arriving in Philippine cinemas on March 15, coming off a smash No.1 opening in the US.

From Blumhouse (producers of The Visit, Insidious series and The Gift) and the mind of writer-director Jordan Peele, when a young African-American man visits his white girlfriend’s family estate, he becomes ensnared in a more sinister real reason for the invitation.

Equal parts gripping thriller and provocative commentary, Get Out blends humor, satire and horror…and isn’t afraid to tackle the current state of race relations in America head on. “This idea came from my wanting to contribute something to the genres of thriller and horror that was unique to my voice,” he says. “The fact that it goes to race goes to the area I’ve worked in a lot, which is comedy. This was a movie that reflects real fears of mine and issues that I’ve dealt with before.”

Peele imagined a protagonist named Chris, an African-American photographer and artist in New York City who is taking his relationship with his Caucasian girlfriend to the next level by meeting her parents over a long weekend. As soon as Chris arrives at the family’s rural, upstate home, he begins to suspect that everything is not as it seems. When he discovers that a number of black men have gone missing in that suburb, his suspicion reveals itself to be more than unfounded paranoia. What starts out as a mundane, obligatory weekend spirals and builds toward a crazy, horrific, thrilling, terrifying, and likewise fun, conclusion. 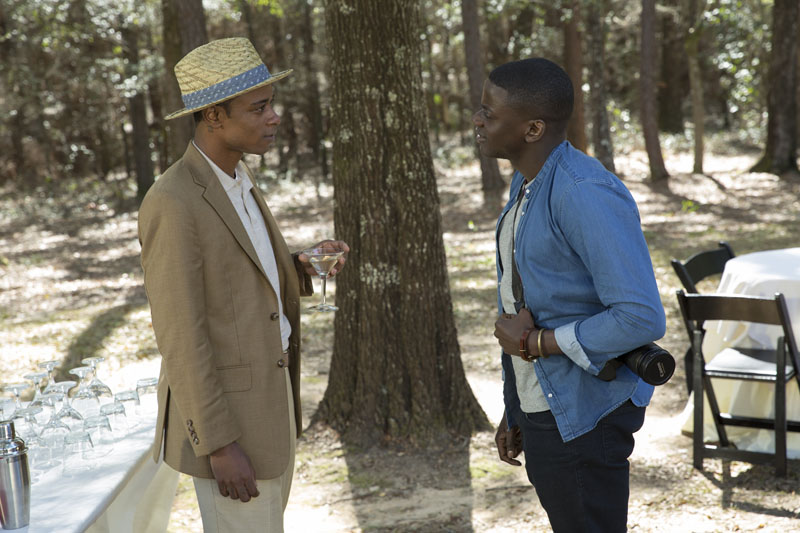 The filmmaker admits that he enjoys playing with the audience’s expectations of what could happen and upending a foregone conclusion. “A big piece of the premise to Get Out is that you have white girl bringing a black guy home, and she hasn’t thought through all of the social ramifications of that,” Peele gives. “She assumes her family is going to be fine with it. They turn out to be, but there are some subtler works at play that we begin to see a part of something much more sinister.”

This series of not-quite-right moments that make Chris more and more suspicious unfold slowly. Whether it is curiosity about the odd behavior of the help—or feeling like he stepped into another world during the family’s annual celebration of their departed grandfather—Chris realizes that he isn’t the one who is going insane. “The trick was to make sure that nothing so crazy happened so fast that we wouldn’t believe the characters would stay in this situation,” Peele reveals. “The element that starts to alarm Chris is meeting the help, and finding that they’re a little off. “They’re not like anybody he’s ever met.”

Still, the writer/director says that it was of the utmost importance for the hero of the thriller to never do anything the audience wouldn’t. “I hate that in a movie,” laughs Peele. “Especially in a thriller, when you want somebody to just pick up the phone, call the damn cops and get out of the house. That’s what I allowed Chris to be—an actual, smart, logical human being—because it is so satisfying.” 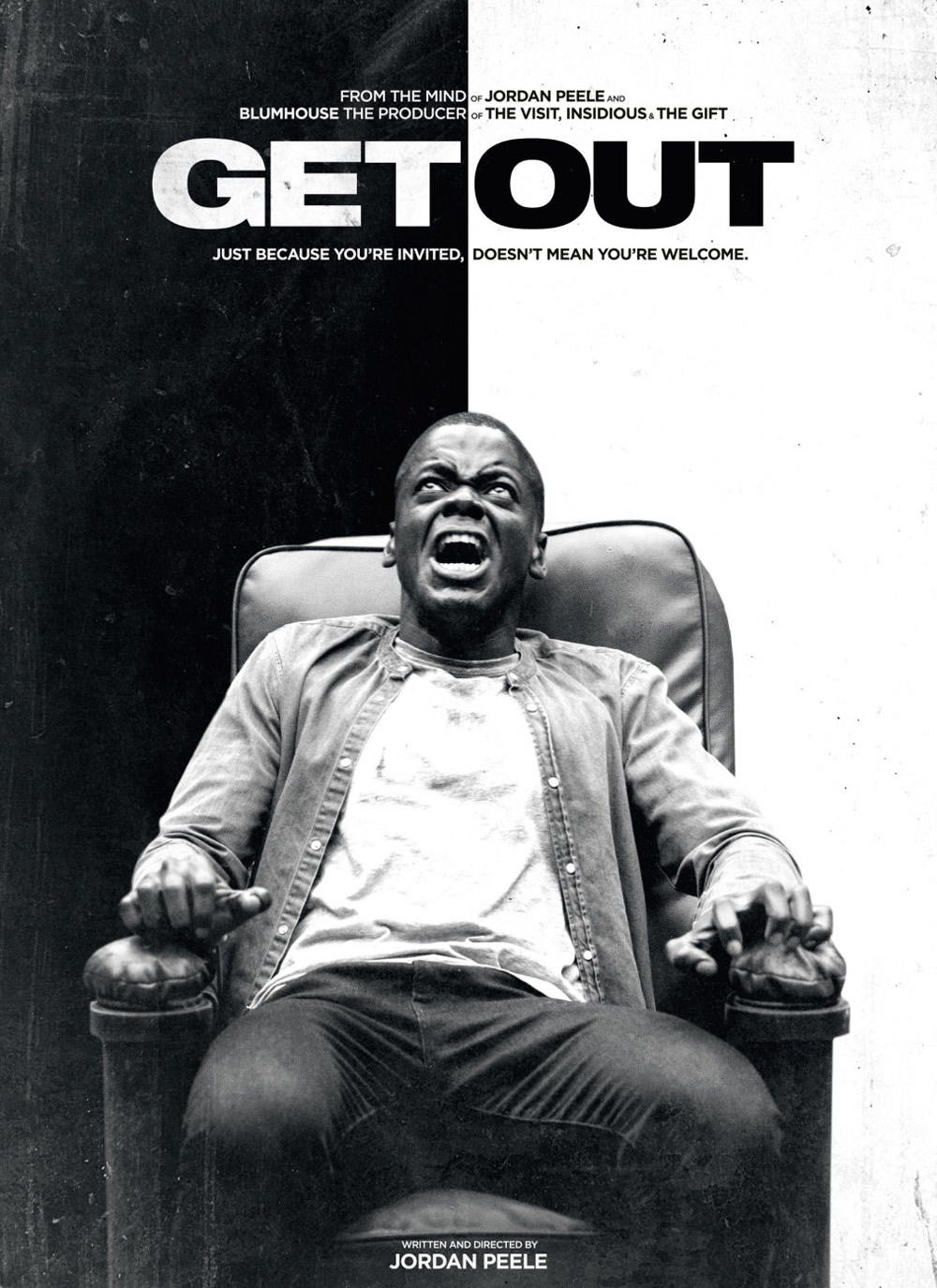 As do the most provocative of horror offerings—from George Romero’s Dawn of the Dead’s exploration of the height-of-Vietnam era to Wes Craven’s The Last House on the Left examination of the inherently violent nature of humans—Get Out greets audiences with a provocation that is much more than simple entertainment.

“This movie is about a lot of things,” concludes Peele. “It’s about the way America deals with race and the idea that racism itself is a demon; it’s an American monster. It’s also about the notion of neglect and the idea that, if we allow ourselves to do so, humans can stand by while atrocities happen.”

He felt it was critical to mine the genre and discuss how race can have an impact on horror. “It’s an important piece of this conversation.”

Opening across the Philippines on March 15, Get Out is distributed by United International Pictures through Columbia Pictures.