In the film, super-straight arrow Officer Cooper (Reese Witherspoon) is both honored and thrilled to be assigned the seemingly simple task of escorting mob wife Daniella Riva (Sofia Vergara) across Texas, where she and her husband will testify against a major drug lord. It’s a rare day out of the property room, and the intensely enthusiastic petite policewoman vows not to let her captain down. Having already earned the unfortunate distinction of prompting her own verb within the precinct, she is determined not to “Cooper it” this time.

However, upon meeting the dynamic Mrs. Riva—a curvaceous Colombian beauty with opinions as strong as her accent—it’s clear this will be no walk in the park. And before they can even agree on what high heels the statuesque Daniella can pack, the cops and Mr. Riva are ambushed, making his wife a widow and turning their anticipated easy drive from San Antonio to Dallas into a run-for-your-life race against time…and a lot of flying bullets!

Veteran comedy director Anne Fletcher (“The Proposal”) offers, “It’s something of a modern-day female ‘Odd Couple’ sort of buddy comedy, with Reese Witherspoon playing the wild and crazy one and Sofía Vergara playing the straight man—or in this case, woman. But Reese’s cop is so normal she’s a little off, and Sofía’s trophy mob wife is a lot more resourceful than she seems.”

“I was interested in directing this movie because I love Reese and Sofía,” Fletcher continues. “I instinctually understood the visual opportunity for comedy in their physical pairing and felt the brilliance of their chemistry, which I knew would be there. Putting those two together just seemed like a lot of fun to me.” 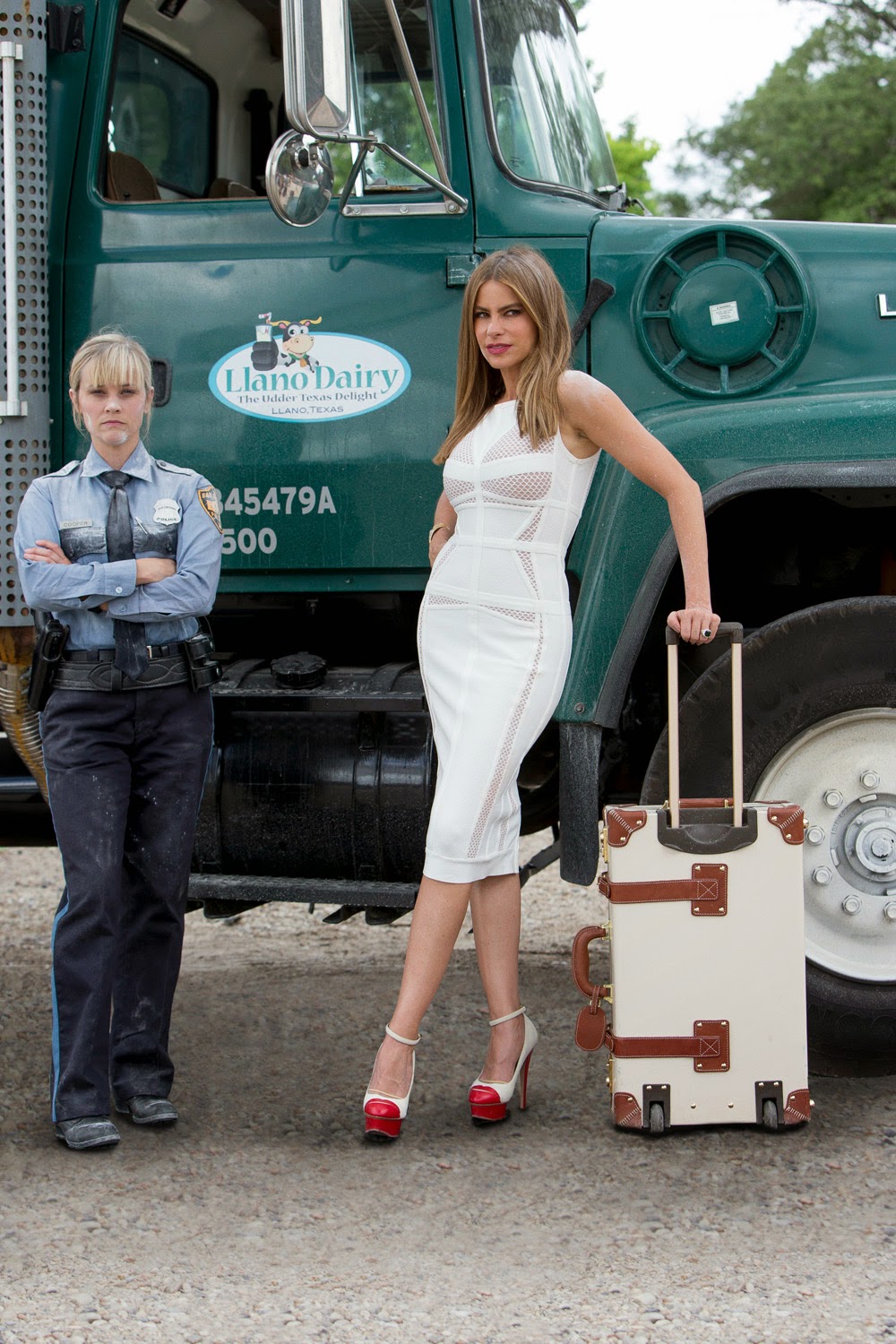 “Reese came to me about the movie at a time when I was in the middle of a million things, but I’m so glad the timing worked out and that I was able to jump on board with her,” Fletcher states. “Every day was a joy to work with Reese, not only as an actor but as a fellow filmmaker. Showing up and participating is important to her. That helps the process, and I really enjoyed working with both her and Sofía in their on- and off-camera roles.”

Vergara, known for the liveliness she infuses into the parts she plays, admired Fletcher’s energy. “She has so much of it, it’s insane! It’s so great to be on set at four in the morning when everybody else is passing out and it’s like she’s just woken up!” the actress declares, adding that she “couldn’t have picked a better director for my first movie role where I’m in almost every scene. She was so patient and so empowering. It’s not that I don’t want to work with men, of course, but this was very refreshing. I was so proud to work with Anne.”

Witherspoon felt the same, stating, “Anne has this incredible personality that’s funny and engaging, and she loves her work. She also has a terrific sense of physical comedy and was so helpful just coaching me through the very physical moments in the movie.”

Like climbing—or more precisely, being shoved—out of a window, being dragged by her co-star, and even (sort of) impersonating a world-famous male pop star.

“I love physical comedy,” Fletcher says. “As a dancer and choreographer, that was my go-to, that’s heaven to me. And what these women brought to the table, how silly and crazy they were willing to be…I loved it. It’s rare to get to do physical comedy with people who are truly capable of it, so when I get that little gift, I take it and run.”

“She always finds a funnier way to do it,” Witherspoon observes, “while clearly understanding the emotional journey of the characters. As she puts it, ‘If you strip all the comedy away you still have to have a great friendship at the center of the film.’”

In addition to her esteem for her leading ladies, Fletcher also loved the characters at the core of that relationship. “One has one way of doing things and the other has another, very different way. But they have to work together and figure out how to get where they need to go—without getting killed along the way!”

“Pirates of the Caribbean: Salazar’s Revenge” Character Posters Are Here!