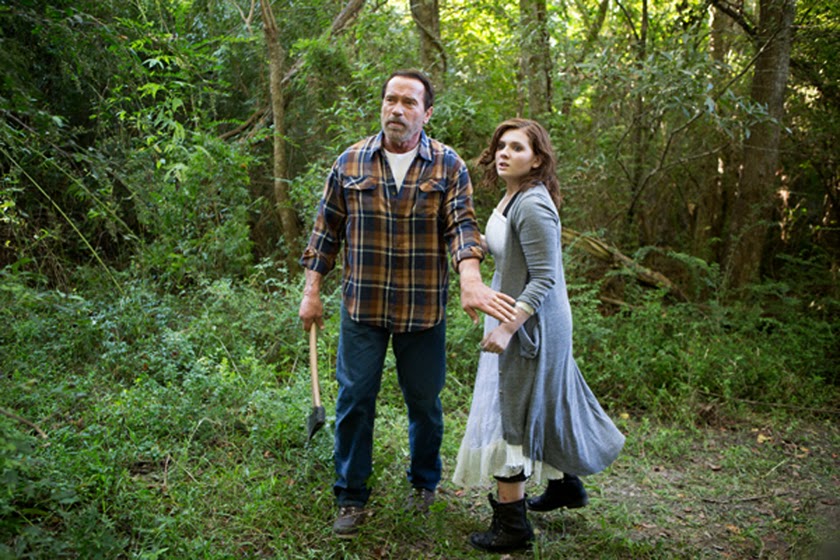 Set in the near future of a post-zombie apocalypse, the independent movie thriller “Maggie” stars legendary action film star Arnold Schwarzenegger as a stoic, protective father and farmer, who refuses to give up his 16-year-old daughter Maggie, portrayed by Abigail Breslin, when the teenager becomes infected with the walking dead virus – only to confront the true horror and heartbreaking decision he must make before his daughter turns.

Says Schwarzenegger, “This is something very new for me, and for the zombie genre. It was so different I didn’t just want to star I wanted to produce, which I normally never do.”

Based on an original screenplay by first-time screenwriter John Scott 3, which made the industry’s 2011 Blacklist for best unproduced screenplays, “Maggie” marks the feature film directorial debut of renowned graphic designer, commercial and title sequence director, Henry Hobson, as well as the first time Schwarzenegger has starred in or produced a low-budget, independent film.

“When my team brought me this script and told me it was on the Black List, meaning it is one of the best scripts that hasn’t been made, I was intrigued,” said Schwarzenegger. You’re used to seeing me play the ‘ubermensch’, the action hero bullets can’t seem to hit. In Maggie, I am the everyman, a stoic farmer dealing with the most basic concerns – protecting his family, and savoring every last second with his daughter.” 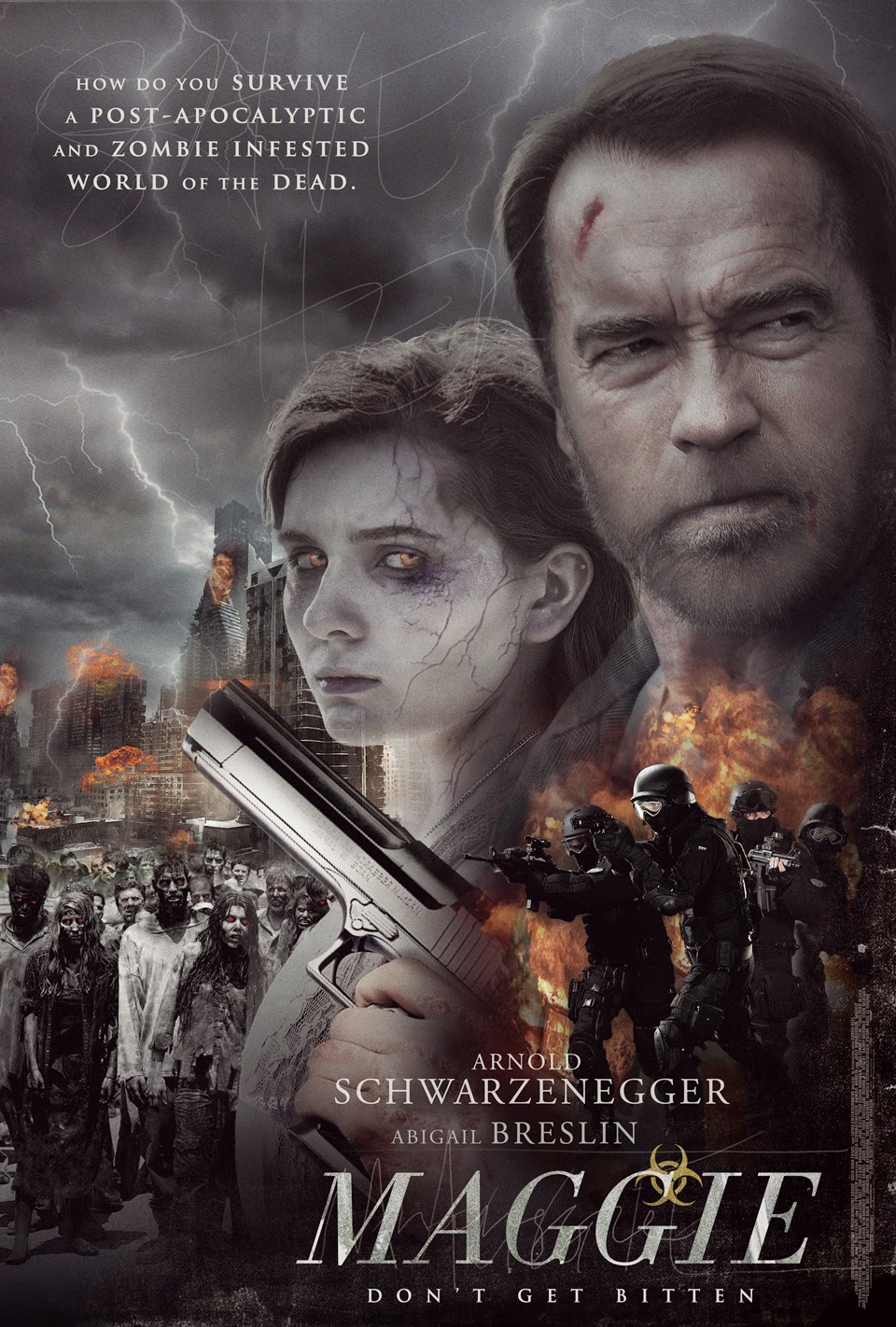 “In a sea of zombie projects, “Maggie” stood out. Instead of echoing the huge global crisis being shown in other zombie projects, “Maggie” is about the small scale. A father and daughter in a no name town. Allowing the audience to see themselves in that situation and ask what would I do? The slow turn shines a light into what it means to be human,” said Hobson. “Using it as a disease much like cancer, but with the twist of it being deadly, the stories’ dark progression is marked by the fracturing family life. When everyone around you is touched by it, it becomes difficult to offer the human level of empathy and sympathy. I was intrigued by showing what that could do to a family and their community. How do you support your neighbor when you are terrified of the impact of who they are harboring? I loved the small town setting; the close knit locale means that the pain of alienation is more real and foreboding. The script painted a picture that was more Days of Heaven than 28 Days Later.”

“At its core, it is a film about a father protecting his daughter”, said Schwarzenegger. “We’ve seen the zombie hordes and machine guns in other movies – it all seems like an unbelievable future. Maggie makes the disease real by shrinking the world of the movie to focus on one family, in the middle of nowhere, on their wasted farm. When I read it, I knew I had to do it. It is more vulnerable than any role I have played, more real, more emotional.”

“Maggie” opens May 6 in theatres nationwide from Pioneer Films.

Happy World Unlike Any Awaits In “Trolls”