Known for her stirring performances opposite Hollywood’s most-sought leading actors, Salma Hayek has through the years, proved her acting prowess covering all film genres from action, romance, comedy and thriller by her impressive works in “Desperado” with Antonio Banderas, “From Dusk Till Dawn” with George Clooney, “Fools Rush In” with Matthew Perry, “Breaking Up” with Russell Crowe, “Dogma” with Matt Damon, “Wild Wild West” opposite Will Smith and has soon starred and produced in the widely acclaimed “Frida.”

Hayek stars in her latest action thriller “Everly” as a prostitute whose apartment was attacked by a brutal criminal overlord for her secret collaboration with the police to hunt and arrest the group responsible for the city’s rampant and unjust prostitution practices. Dealing with a great number of gunmen after her, Everly will have to pass through an army of assassins sent her way in order to get to her mother and daughter to bring them to safety.

“Everly” premiered at the recent Fantastic Fest and has received a whole lot of positive reviews, the script for Everly, penned by newcomer Yale Hannon, was on the Hollywood Black List of most liked scripts in 2010. The movie is set entirely in one location where a barrage of action scenes have been staged where Hayek’s character fights and fends off a war in her apartment in order to stay alive. 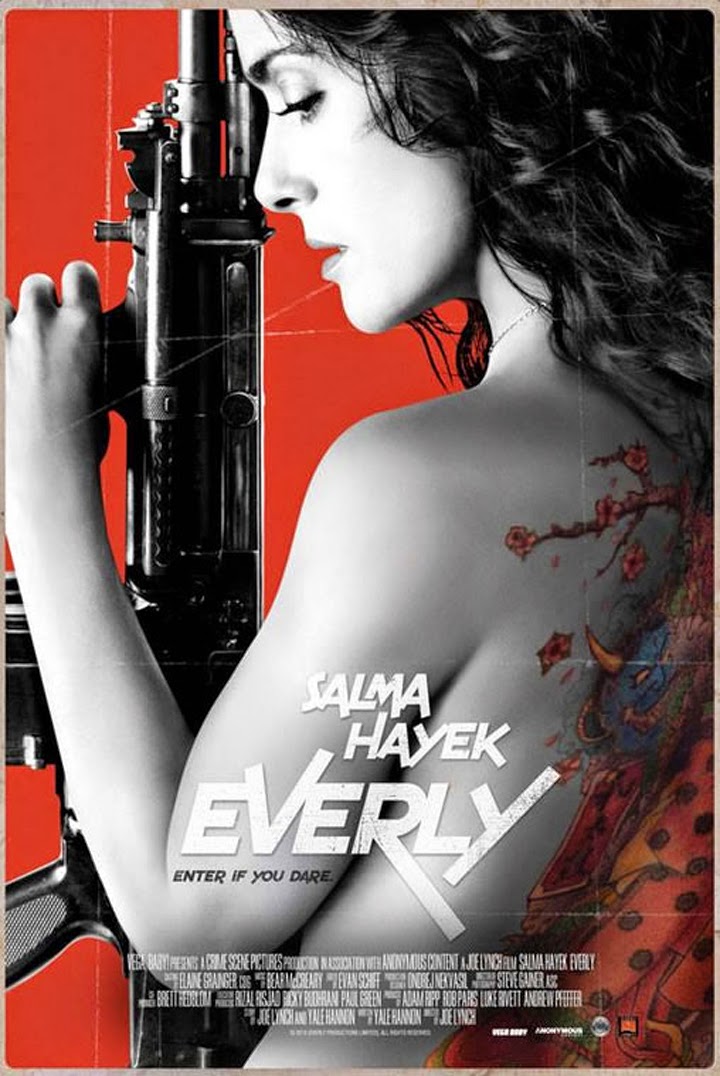 Hayek shared in interviews for “Everly” on preparing for her role, “ I am actually claustrophobic. It was the same room, but there were so many different things happening in the room. What was very claustrophobic was the cage. I was also tied, and we had some technical problems that day. We were building up emotionally, but then I had to hold it because we couldn’t [shoot the scene]. I hated those guns, and I had to go train. They were all excited about the training, and I detest it. Every time we shot them, the noise got to me. And then, at one point, the character is very strong, and maybe it had to do with the character and the madness of the character. I remember one shot where the chair is pulled over, towards the end, I was shooting and I was not even blinking anymore.”

When asked if her character has somehow paid homage to her previous role in “Desperado,” Hayek gleefully agrees, “A little bit, yes. But also, because it was so bare, there was nothing to be a girl with. So, we thought it would be cool if I go to the closet and grab the first thing, and it’s the most impractical. If she doesn’t get out, what do you think he wants her in? Heels. Also, they keep getting in the way, so she keeps taking them off and putting them on. We also have a producer that has a foot and shoe fetish.” 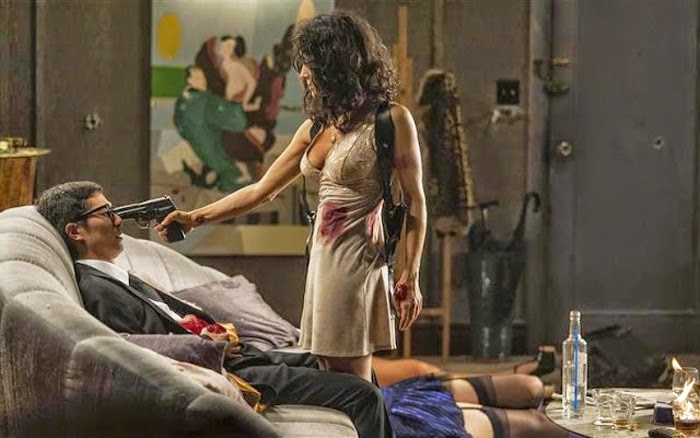