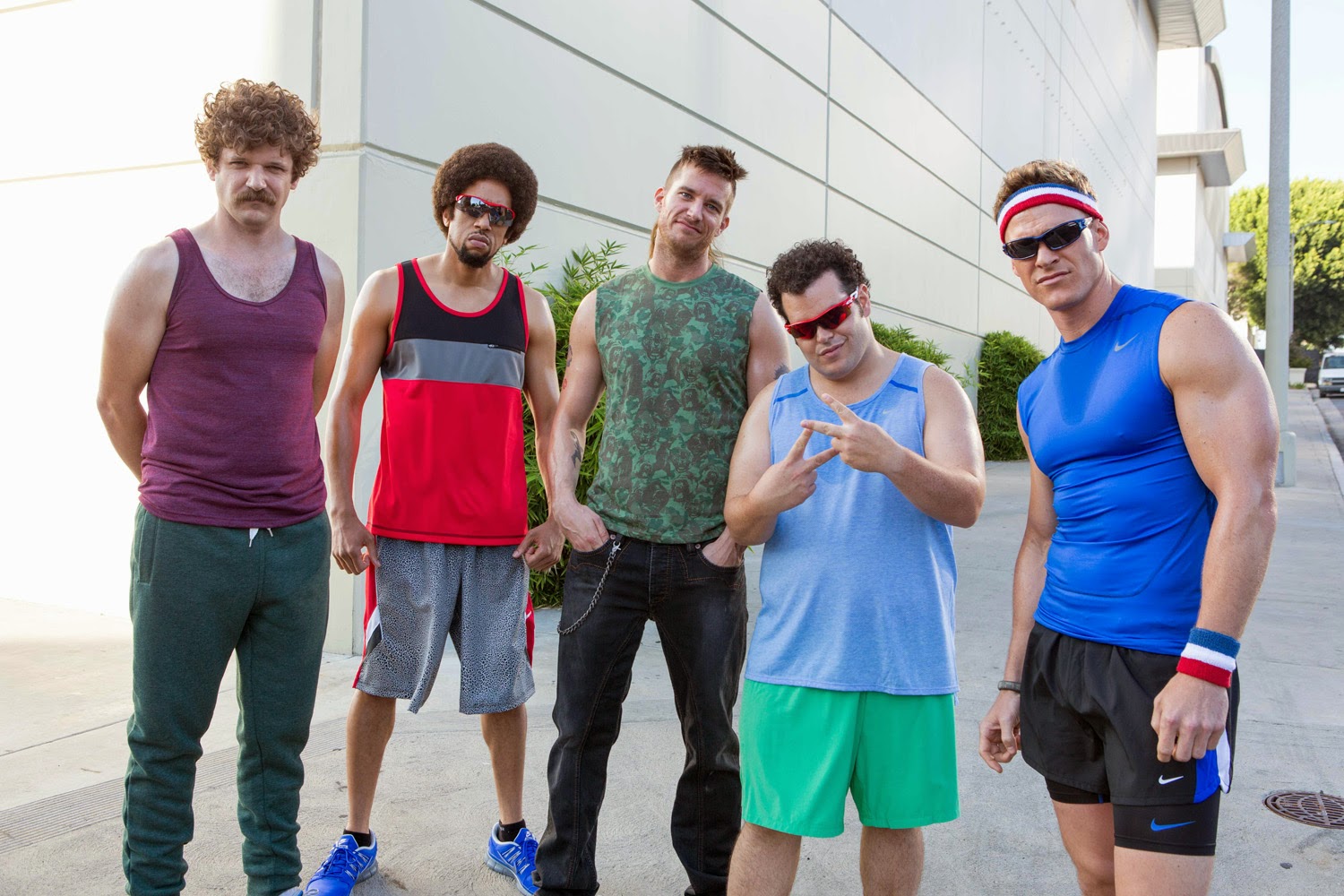 The ragtag group of ersatz groomsmen in Columbia Pictures’ new comedy “The Wedding Ringer” – as oddball an ensemble to grace a modern comedy – add a priceless element of out-there comic tension to the what-could-go-wrong construct of the movie.

Obviously enough, their casting needed to be spot-on. They include Corey Holcomb as Alzado, Colin Kane as Plunkett, “Lost” star, Jorge Garcia as Garvey, Affion Crockett as Drysdale, Dan Gill as Dickerson, Aaron Takahashi as Rambis, and Alan Ritchson as Carew.

In “The Wedding Ringer,” Doug Harris (Josh Gad) is a lovable but socially awkward groom-to-be with a problem: he has no best man. With less than two weeks to go until he marries the girl of his dreams, Doug is referred to Jimmy Callahan, (Kevin Hart) owner and CEO of Best Man, Inc., a company that provides flattering best men for socially challenged guys in need. What ensues is a hilarious wedding charade as they try to pull off the big con, and an unexpected budding bromance between Doug and his fake best man Jimmy.

With the bride’s wedding party consisting of seven bridesmaids, Jimmy must dig deep into his arsenal of talent to fill the seven spots that will become Doug’s groomsmen. Adding to the difficulty level for Kevin Hart’s character is the fact that Doug has already given them names that will sound strangely familiar to any sports fan. Put on the spot, he rattled off favorite professional athletes from the posters in his office. These names were then given to a misfit cast of characters Jimmy hires to be Doug’s groomsmen. When Doug makes their acquaintance, he immediately loses confidence that they can fool the discerning eyes of the Palmer family.

For director Jeremy Garelick, having a talented group of comedians who could keep up with the ad-libs of Kevin Hart and Josh Gad was a great luxury. “For all of the groomsmen, I wanted to have guys who really funny in their own right and could add things that were not on the page,” says director Garelick. “When you see Corey Holcomb, Dan Gill, Affion Crockett, Jorge Garcia, Alan Ritchson, Colin Kane and Aaron Takahashi together as a collective group it just makes you laugh.” 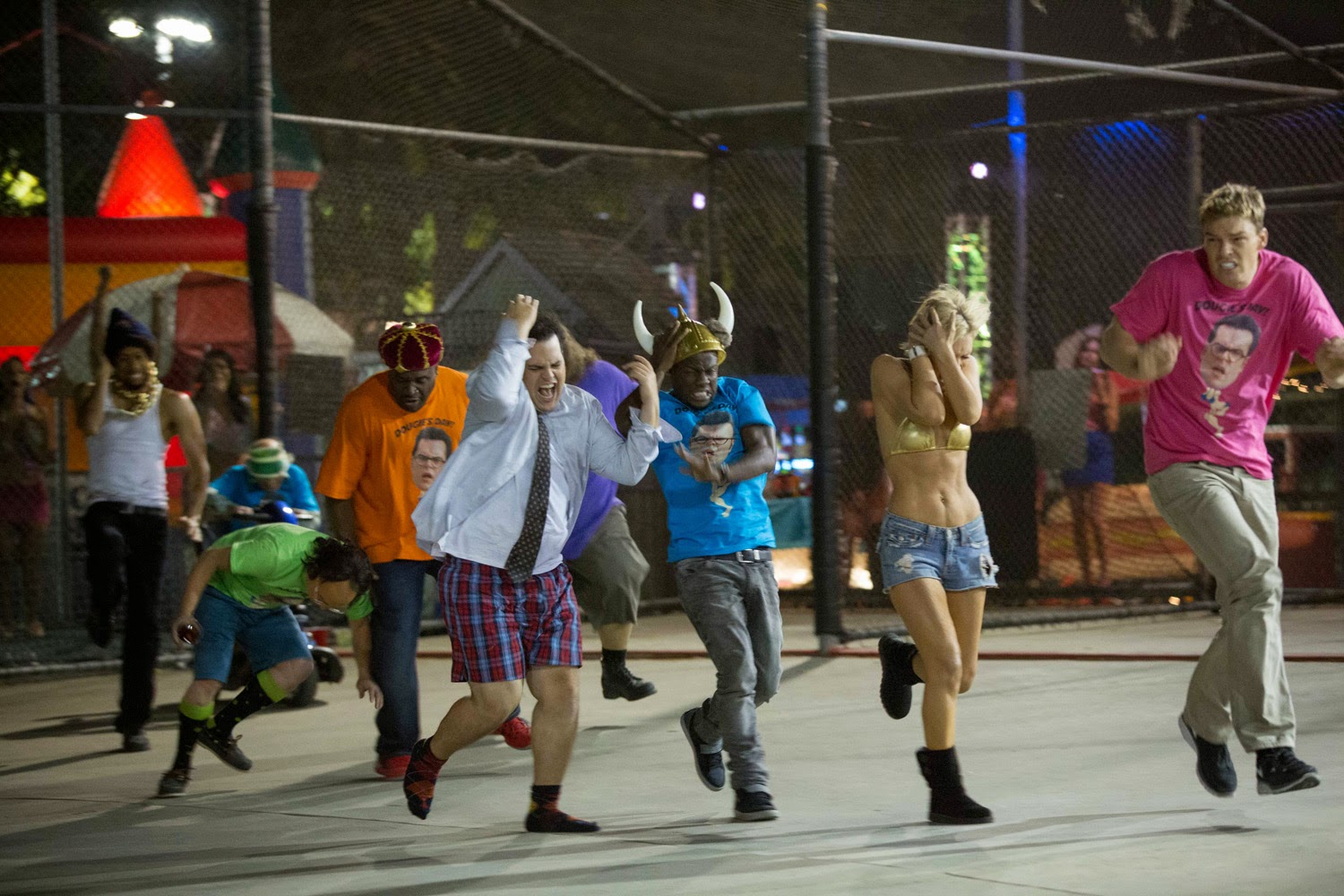 “Needless to say, this is not the most polished group of gentleman in the world,” laughs producer Will Packer. “It makes it all the more interesting, because when you see the groomsmen together with their various quirks and style and deficiencies and out-and-out weirdness, you say, ‘Who in the hell put this crew together’?”

Co-star Kevin Hart has nothing but praise for the movie’s septet of strangeness. “This group of guys aren’t necessarily big name actors, but they are some of the funniest guys I’ve ever worked with,” says Hart. “These guys all brought so much to their characters, from appearance to nervous tics to voices to language to style.”

Arnold Schwarzenegger In The Midst Of Walking Dead Zone In “Maggie”