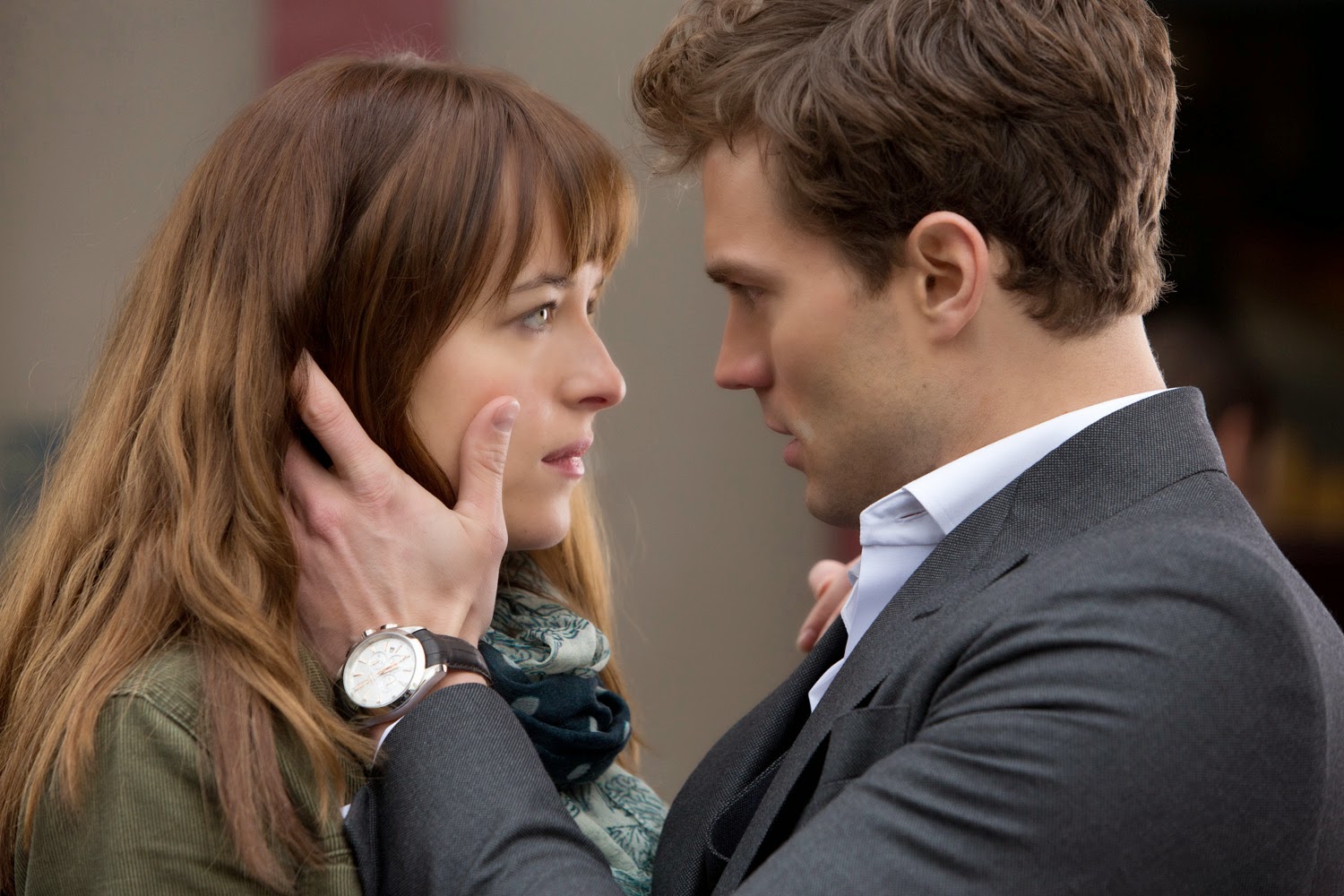 Two relatively unknown actors – Jamie Dornan and Dakota Johnson – portray the much-coveted roles of Christian Grey and Anastasia Steele in Focus Feature’s film adaptation of the runaway bestseller, “Fifty Shades of Grey.” And both found overnight stardom in the process as the film is expected to be a global blockbuster.

Rated R-18 (Strictly for Adults) by the MTRCB, the film will be shown without jump cuts but several frames will contain blurs and blocks, covering delicate body parts.

“Fifty Shades of Grey” explores the burgeoning relationship between enigmatic 27-year-old billionaire Christian Grey and sexually uninitiated college senior Anastasia Steele. It is a love story, but a provocative one that also deals with limits, and particularly, sexual limits—setting them, respecting them, overstepping them—and all of the exploration that can take place therein.
Author E L James knew that two characters had to be just perfect. When asked what it was that drew her to Dornan as Christian Grey, she reflects: “You only have to see Jamie on screen to know the answer to that question. He has a real brooding intensity and presence. And he’s kind of easy on the eye, which helps.”

Director Sam Taylor-Johnson was quite moved to see the actors’ connection and knew she’d found the perfect Christian to her Ana. (Johnson had originally been paired with Charlie Hunnam, but the actor departed the film prior to the start of principal photography). The director says: “Jamie Dornan is a fantastic, perfectly pitched Christian Grey. He brings a lot to this role—an elegance to the character, but he also brings exactly what Christian is, which is that slight one-step-removed mystery. That’s because Jamie has that innately in him already. He’s an extraordinary actor, and he plays Christian Grey exactly as he should be played.” 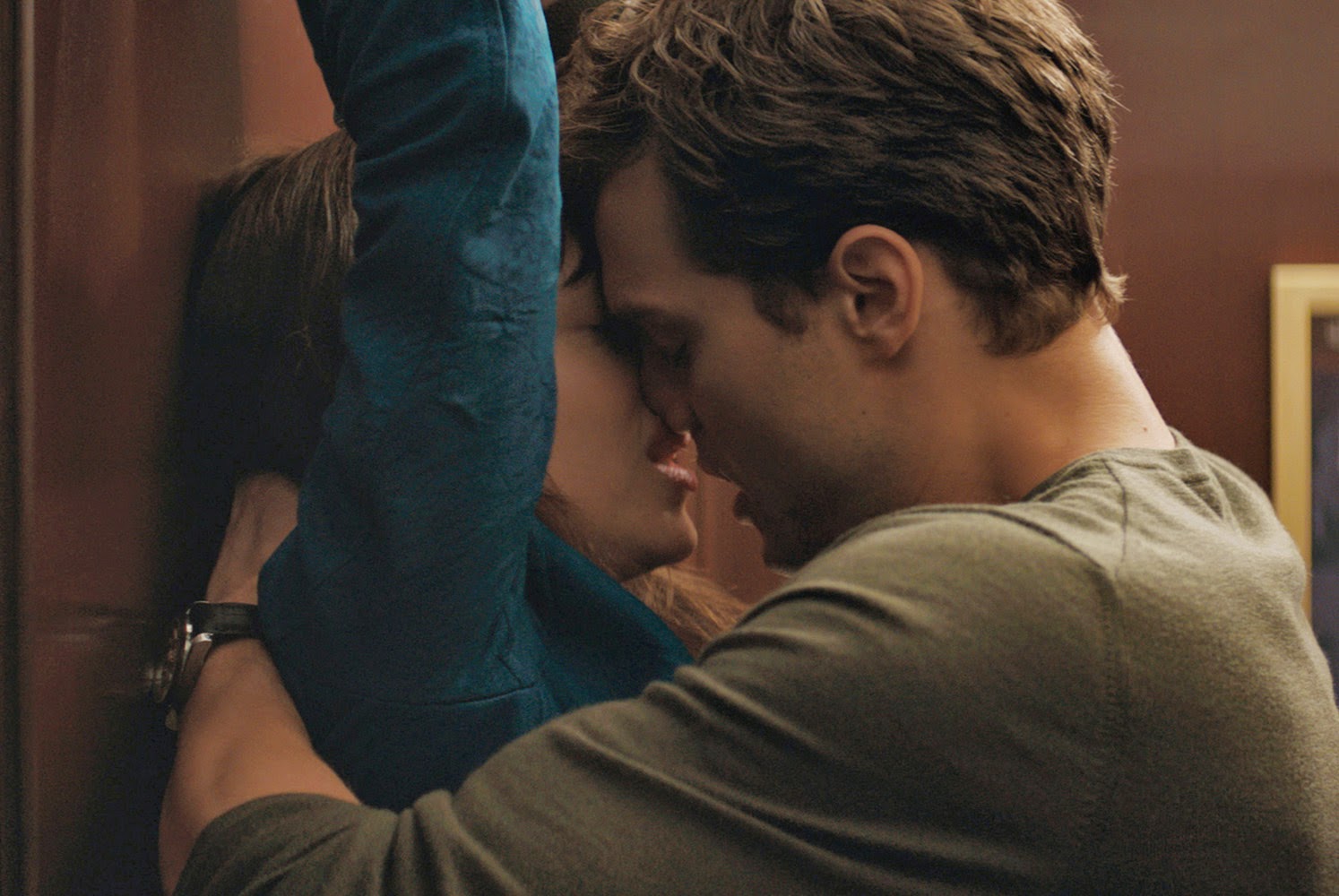 Dornan boils it down to the task before him: “As an actor, you are looking for parts that will be challenging and different. I’ve never played anyone like Christian before. He’s a very intriguing character with a lot of layers, a lot of depth, and that’s what you want: to portray him in a truthful way on screen.”

For her part, Dakota Johnson reveals that when she found out who was behind the production, she “thought that it sounded promising. I read the books to see if it was something that I could believe in, and if I could find some connection with the story. Then, about a year later, when the time came for the audition, I asked if I could go in for it. After my first audition, I read a few more times, and I was offered the part of Anastasia. There was a sense of wanting to find someone who could bring a bit of lightheartedness and humor to such dramatic material. I think that’s why it worked out for me.”
Johnson’s director explains why her leading lady was so right for the role: “I knew the moment we met Dakota that we found our Anastasia. She provided us the perfect balance of vulnerability, sass, beauty and courage. She has the wit and charm and intelligence of Ana and brings life into that character like I can’t imagine anyone else doing. She is a phenomenal actress and it felt like I was given a gift of being able to present her to the world.”

As the pair entered preproduction, both Johnson and Dornan would have to ready themselves to portray the type of relationship required. Describing the bond that Christian customarily seeks, Dornan states: “The only type of relationship he has ever had is a dominant/submissive one, where he has a partner sign a contract so that he can treat her in the way they have both agreed to. There have always been clear-cut rules, negotiated and signed before any kind of physical relationship begins. Until he meets Anastasia.”

Ana is both a typical and an atypical college senior: She’s a studious, clever English literature major who still parties, but is physically inexperienced because she’s not found the right partner. Johnson reflects on Ana’s developing singular tastes: “Her reaction, when Christian reveals the type of relationship he’s interested in pursuing, is something that’s surprising. Normally, you’d think that a girl who has never been exposed to any of that sort of relationship would run away, thinking that he’s the most messed-up person she’s ever met. But, Ana doesn’t. Instead, her reaction is to try and understand it.”

Christian rushes to assumptions about Ana when they meet, when Ana steps in for her ill roommate to interview him for her campus newspaper. She is less than prepared, for either the interview or the reactions she elicits from this enigmatic billionaire. Dornan explains: “Ana’s uncomfortable and awkward. He’s all about control and precision, but she turns all of that on its head. He’s attracted to her, but she affects him in a far more profound way and much deeper than he’s experienced before. Essentially, the story is about two people who have fallen in love and face massive hurdles that are stopping them from having a ‘regular’ relationship.”

Johnson reveals what millions of readers have discovered and devoured: “The danger of it, and I think this is exciting, is that the story has all of the components of a thriller; you don’t know what’s going to happen. Is she going to be okay with this difficult thing to grasp? Will she be able to reconcile herself to it for Christian? Will she be able to change that much and love him despite this? Will he be able to do the same for her?”

Opening across the Philippines on Feb. 11, “Fifty Shades of Grey” is distributed by United International Pictures through Columbia Pictures. The film has been classified Rated R-18 (Strictly for Adults) by the MTRCB.

This movie was classified as is and in its entirety with noticeable BLURS and SCREEN BLOCKS introduced by the film producer prior to its submission for review.

The public is advised of some scenes of nudity, strong and/or sexual language, and sexual aberrational behavior with elements of bondage, dominance, sadism and masochism.

Young Cast of “As Above/So Below” Endures Tough Shoot