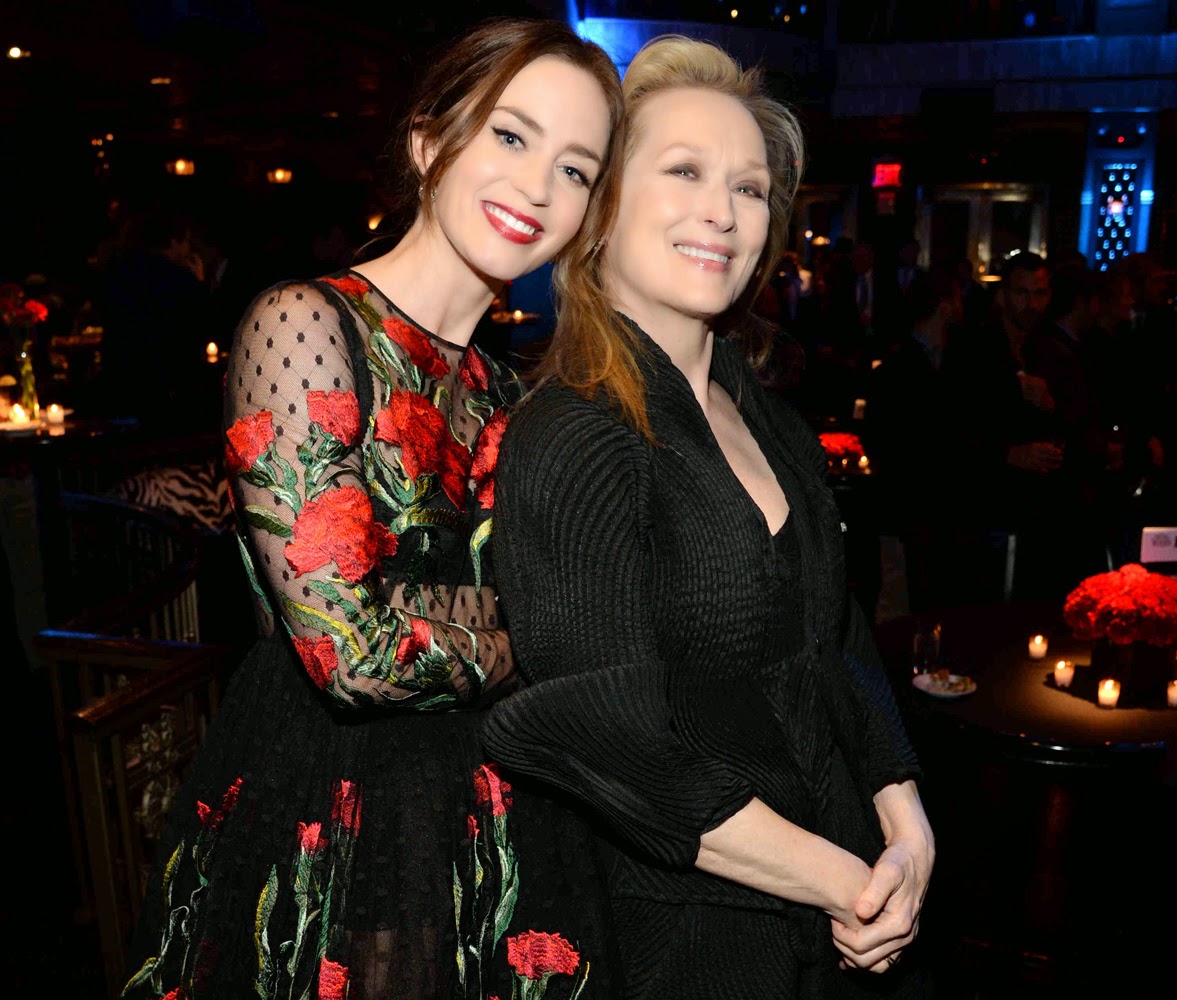 Walt Disney Pictures’ “Into the Woods,” the contemporary retelling of the classic fairy tales, has been nominated for major Golden Globe Awards, including Best Motion Picture – Comedy or Musical, Best Actress for Emily Blunt who plays the Baker’s Wife, and Best Supporting Actress for Meryl Streep for playing the Witch.

Rob Marshall, producer and director of “Into the Woods,” reacted to the nominations thus, “On behalf of my fellow producers, John DeLuca and Marc Platt, I want to thank the Hollywood Foreign Press for this wonderful honor. I am so proud to have been a part of bringing Stpehen Sondheim and James Lapine’s beloved and profound work to the screen, and equally proud of the extraordinary cast who brought it to life with such passion and heart.”

For her part, Emily Blunt has issued this statement: “Thank you to the Hollywood Foreign Press for embracing the Baker’s Wife and recognizing this film that I am so proud to be a part of. Playing this part made me stretch myself as an actor and muster up any courage I could to find my singing voice. It was so worth it to be a part of Rob Marshall’s beautiful and moving film that means so much to me.”

The 72nd Annual Golden Globe Awards will be presented on January 11, 2015 in Los Angeles.
Directed by Oscar® nominee and DGA Award winner Rob Marshall and produced by Emmy® winner and Golden Globe® nominee John DeLuca, Rob Marshall, Marc Platt, and Callum McDougall, “Into the Woods” brings the Tony Award®-winning musical classic and such memorable songs as “Children Will Listen,” “On the Steps of the Palace,” “No One is Alone” and “Agony,” to life on the big screen.The film is based on the musical stageproduction byeight-time Tony, GRAMMY® and Oscar-winning composer and lyricist Stephen Sondheim and Tony winner James Lapine, who also wrote the screenplay.

In the film, once upon a time in a far off Kingdom when the Baker (Tony Award® winner James Corden) was just a child, his Father (BAFTA Award winner Simon Russell Beale) was caught stealing magic beans from the vegetable garden of the Witch (three-time Oscar® winner Meryl Streep) next door. As punishment for losing the precious beans, the Witch was placed under a curse which made her hideous in appearance. The Witch, in turn, cast an evil spell on the Baker’s household, cruelly insuring that the Baker and his Wife would forever be incapable of having a child.
Years later, when the Baker and his Wife (Golden Globe® winner Emily Blunt) learn of the curse, they venture into the Woods to seek out the ingredients which will both reverse the spell and restore the Witch’s beauty. By the time the blue moon rises in three days’ time, something which only occurs once every 100 years, they must return with four items: a cow as white as milk, hair as yellow as corn, a cape as red as blood and a slipper as pure as gold. 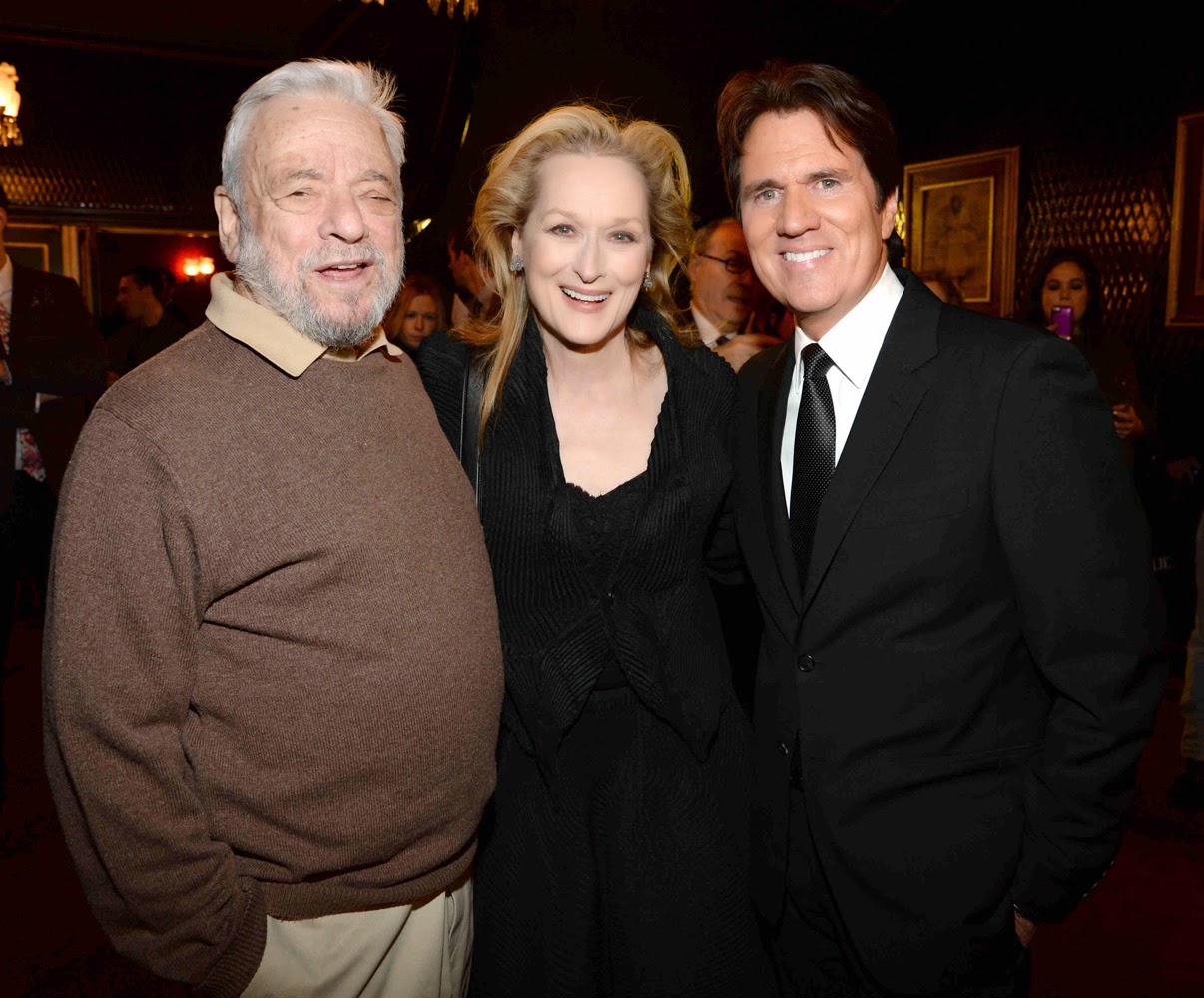 On their journey into the Woods, they encounter: Cinderella (Oscar® and Tony® nominee Anna Kendrick) fleeing the Palace in a pair of gold slippers; Little Red Riding Hood (Lilla Crawford) on her way to Granny’s house while being pursued by the Wolf (three-time Oscar nominee Johnny Depp); the fair maiden Rapunzel (MacKenzie Mauzy), held captive by the Witch in a tower with no doors; and young Jack (Daniel Huttlestone) en route to the market to sell his cherished cow, Milky-White, to appease his exasperated Mother (seven-time Emmy® winner Tracey Ullman). Each one on their own quest to fulfill a wish.

The third midnight approaches, and the Baker and his Wife, having produced the required ingredients through a combination of theft, bribery and deceit, deliver them to the Witch. Soon the Witch’s curse is lifted, rendering her beautiful once more. The Baker and his Wife magically give birth to the child they so longed for. Cinderella breaks free from her evil Stepmother (Emmy® and two-time Tony Award® winner Christine Baranski) and stepsisters Florinda and Lucinda (Emmy winner Tammy Blanchard and Lucy Punch) and marries her Prince (Critics’ Choice Award nominee Chris Pine). Rapunzel is freed from exile by her Prince (Tony nominee Billy Magnussen), and the giant beanstalk which sprouted from the magic beans Jack received in exchanged for his cow, has led to riches beyond his Mother’s wildest dreams.

However, just at the moment of happily ever after, a terrifying, vengeful Lady Giant (Tony® and Olivier Award winner Frances De La Tour) climbs down from the beanstalk, wreaking destruction on the Kingdom, the village and the enchanting forest. Forced to face the consequences of their desires, the group of characters who have befriended one another in the Woods, must come together and take responsibility for their actions before they can defeat the Giant. Only then, will they discover the significance of each of their individual journeys.

Bughuul And Ghost Kids Back In “Sinister 2”