ReZirb
Home Entertainment “The Falcon” Anthony Mackie Runs an Election Campaign in “Our Brand is...

Most recently seen as The Falcon in this year’s “Avengers: Age of Ultron” and “Ant-Man,” Anthony Mackie now stars opposite Sandra Bullock in Warner Bros. Pictures’ satirical comedy “Our Brand is Crisis.”

In the film, a Bolivian presidential candidate failing badly in the polls enlists the firepower of an elite American management team, led by the deeply damaged but still brilliant strategist “Calamity” Jane Bodine (Bullock).

Mackie’s character, is Ben, the campaign team leader, whom director David Gordon Green describes as “smart, energetic and good-willed, the likeable anchor in the film. When everyone else seems to be challenging their ethics and making you question where they’re coming from or what their agendas are, he’s the one audiences will look to as someone who may still have some perspective. 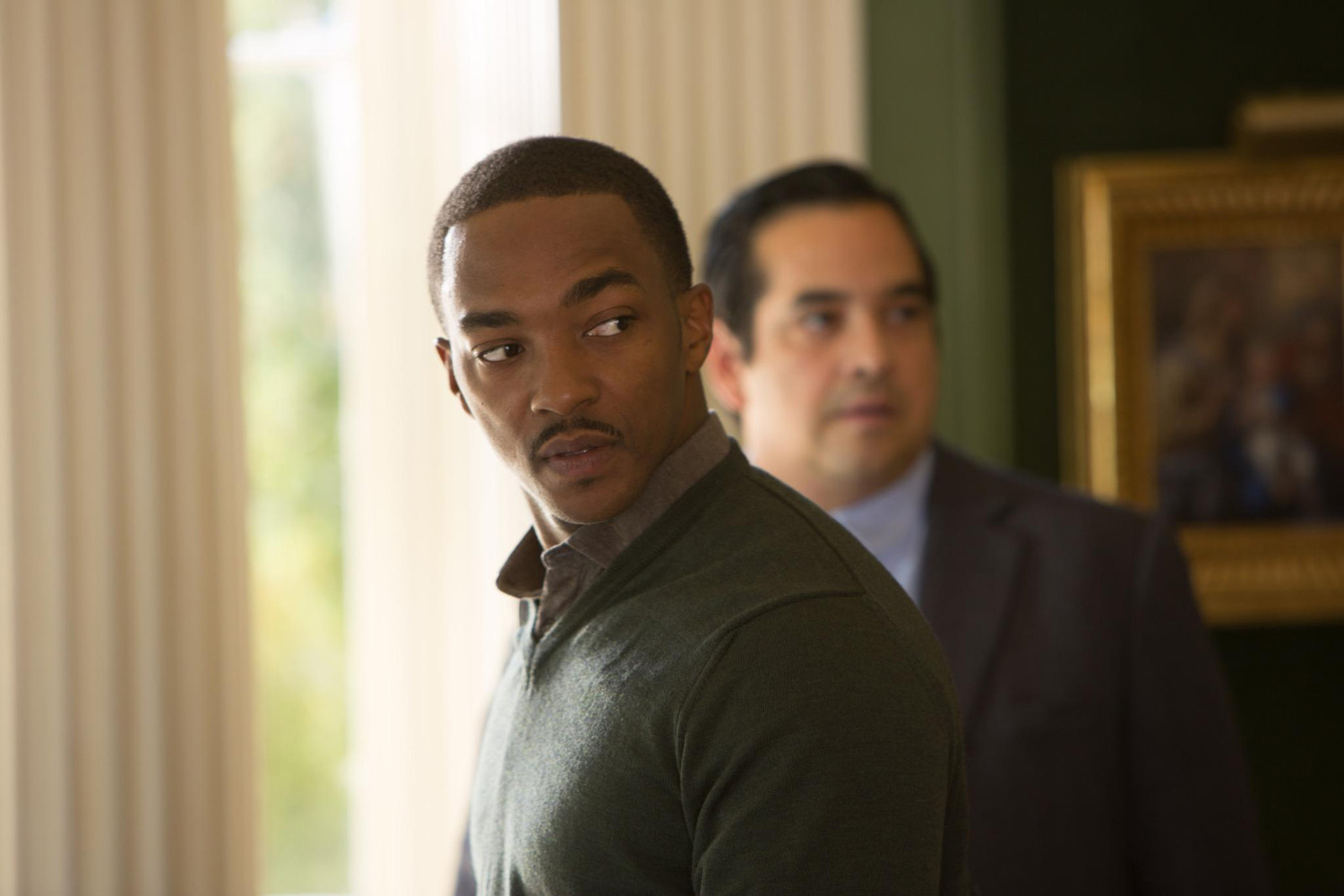 “From playing Tupac to the Falcon in the Avenger movies; he has such a range of memorable performances to his credit, I thought he’d be great as a clean-cut, solid, upstanding American navigating a political campaign in Latin America,” Green continues. “He understands that Jane has problems but comes to realize she’s powerful and capable. He’s not there to manipulate her. He wants to learn, and be good at his job, and he also wants the world to be a better place.”

Which is not to say that Ben isn’t a willing participant in the game, but he has his limits.

At the core of the multi-layered character, Mackie feels, “Ben is the guy who doesn’t have all the answers but he definitely knows how to impose his will on the circumstances and he has their candidate’s best interests at the front of his mind at all times. He takes his job very seriously. At the same time, he would hope the politicians he represents are actually addressing the people in their campaign as opposed to just lying to them and telling them what they want to hear.”

For Bullock, it’s that sense of equilibrium that defines Ben and makes him a fitting complement and contrast to Jane. Amidst the madness of the campaign, their brief and refreshingly candid conversations, so simple on the surface, prove increasingly enlightening. “He is a moral compass, the soul of the story,” she says. “He’s smart and ethical, but he’s also realistic, so he’s saying, ‘I know it’s about the people and the country but we have to stay cognizant that this is an election and it’s a business.’ He’s the man in the middle, holding the scales and trying to keep them balanced.
Sometimes the scales tip, and you wonder which way he is going to go, but you want to feel he’s going to do the right thing in the end.”

Classically trained at the Juilliard School of Drama, Anthony Mackie is a great and talented young actor able to capture a plethora of characters. 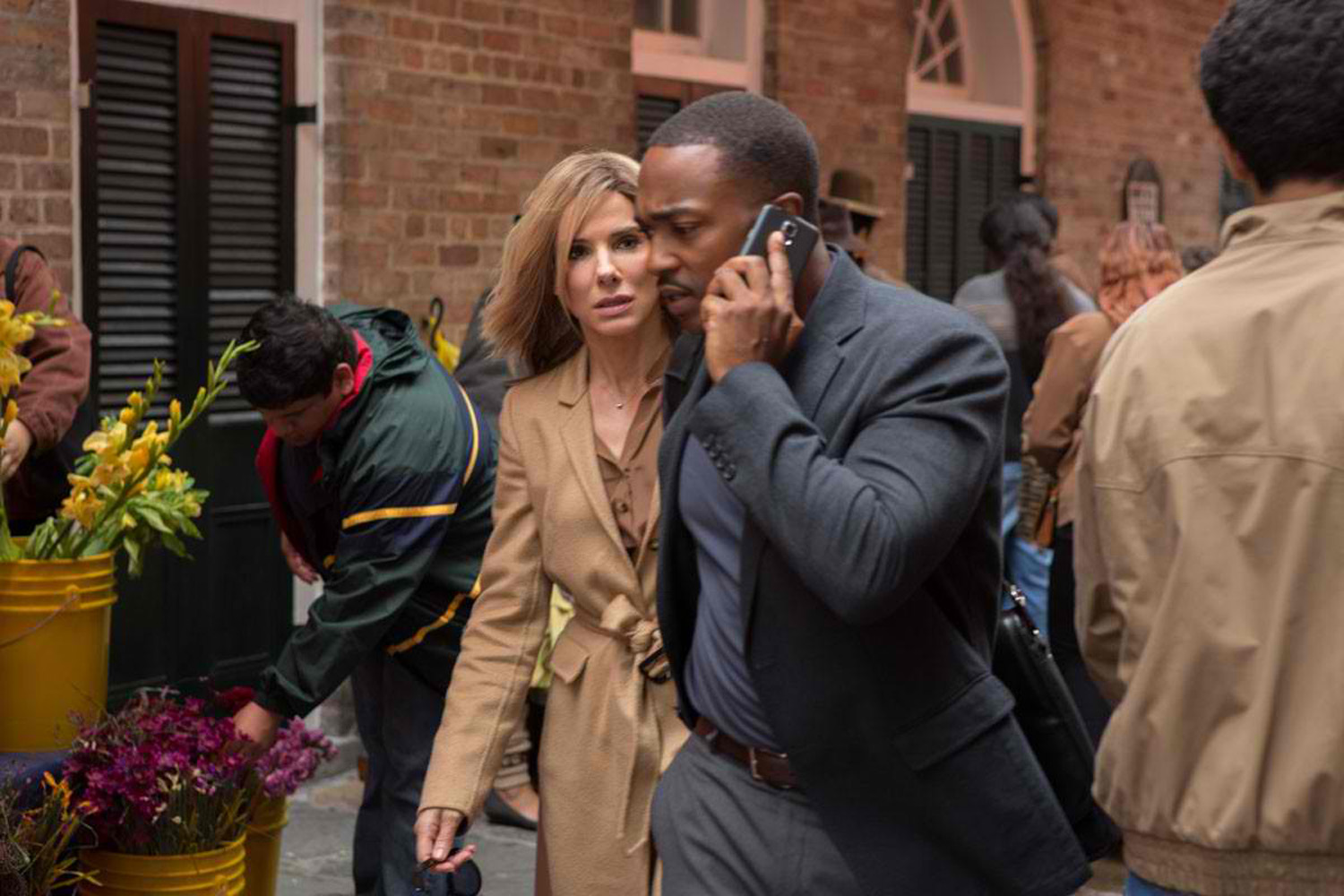 Mackie was discovered after receiving rave reviews playing Tupac Shakur in the off-Broadway play “Up Against the Wind.” Immediately following, he made an auspicious film debut as Eminem’s nemesis, Papa Doc, in Curtis Hanson’s “8 Mile.” He also appeared in Clint Eastwood’s Academy Award-winning “Million Dollar Baby,” opposite Hilary Swank, Morgan Freeman and Eastwood; and Jonathan Demme’s “The Manchurian Candidate,” alongside Denzel Washington and Liev Schreiber.
In 2009 Mackie was seen as Sgt. J.T. Sanborn in Kathryn Bigelow’s multiple Academy Award-winning film “The Hurt Locker,” for which he earned an Independent Spirit Award nomination.

In 2011 Mackie was seen in “The Adjustment Bureau,” with Matt Damon and Emily Blunt, as well as “Real Steel,” with Hugh Jackman. He was also featured in Timur Bekmanbetov’s “Abraham Lincoln: Vampire Hunter,” released in 2012. He starred in the 2013 crime drama “Gangster Squad,” alongside Sean Penn, Josh Brolin, Emma Stone, and Ryan Gosling.

Mackie is a member of the Marvel Comics family. He made his Marvel debut as Sam Wilson/The Falcon in “Captain America: The Winter Soldier.” The film, released on April 4th, 2014, opened at #1, earning over $96 million and breaking the record for an April release. Mackie also starred in the second installment of the franchise and his Falcon made an appearance in the recently released “Avengers: Age of Ultron” as well as “Ant-Man.” He is currently filming “Captain America: Civil War.”

Opening across the Philippines on Jan. 20, 2016, “Our Brand is Crisis” is distributed by Warner Bros. Pictures, a Warner Bros. Entertainment Company.