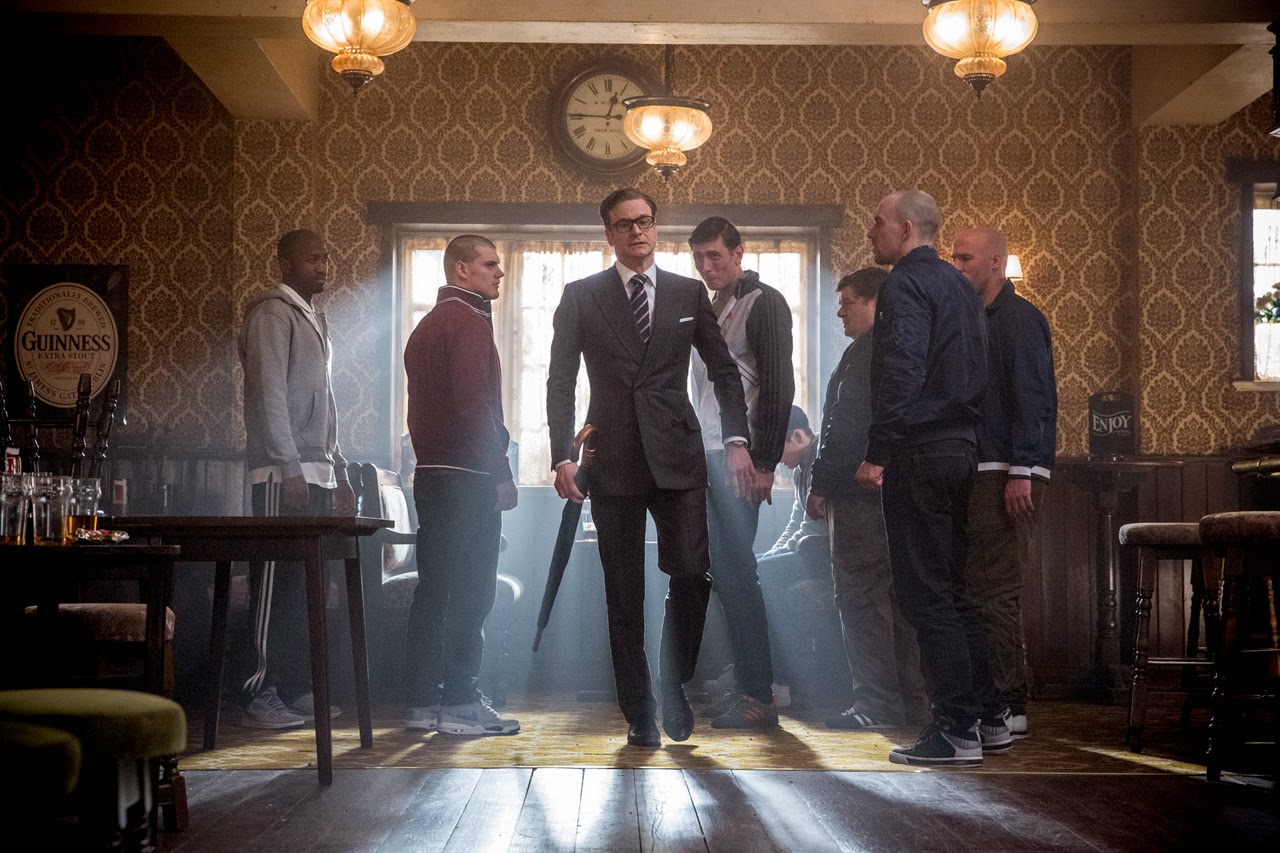 The rebels yet the wittiest of teen spies are about to save the world in “Kingsman: The Secret Service” based upon the acclaimed comic book by Mark Millar and Dave Gibbons, directed by Matthew Vaughn (“Kick-Ass,” “X-Men First Class”) starring Colin Firth, Samuel L. Jackson, Michael Caine, Mark Strong, Taron Egerton and Sophie Cookson. “Kingsman: The Secret Service” tells the story of a super-secret spy organization that recruits an unrefined but promising street kid into the agency’s ultra-competitive training program just as a global threat emerges from a twisted tech genius.

When the father of five-year-old Gary “Eggsy” Price (Egerton) sacrifices his life in the line of duty during a classified military exercise, his family is given an unconventional medal – and a phone number they may use only once, should they need a favor of any kind. Seventeen years later, Eggsy is an unemployed school dropout living a dead-end existence in his mother’s flat. After he is arrested for joyriding, Eggsy uses the medal to secure his release from jail, and finds himself rescued by Harry Hart (Firth), an impeccably suave spy who owes Eggsy’s father his life.

Dismayed to learn of the path Eggsy has taken, yet impressed by his better qualities, Harry offers Eggsy the opportunity to turn his life around by trying out for a position with Harry’s employers: Kingsman, a top-secret independent intelligence organization. Eggsy must make it through the highly competitive and often perilous series of tests that each prospective new Kingsman agent must pass, while also dealing with the emotional struggle of being a social outcast in an environment where everyone else is well-educated, well-connected and well-mannered. 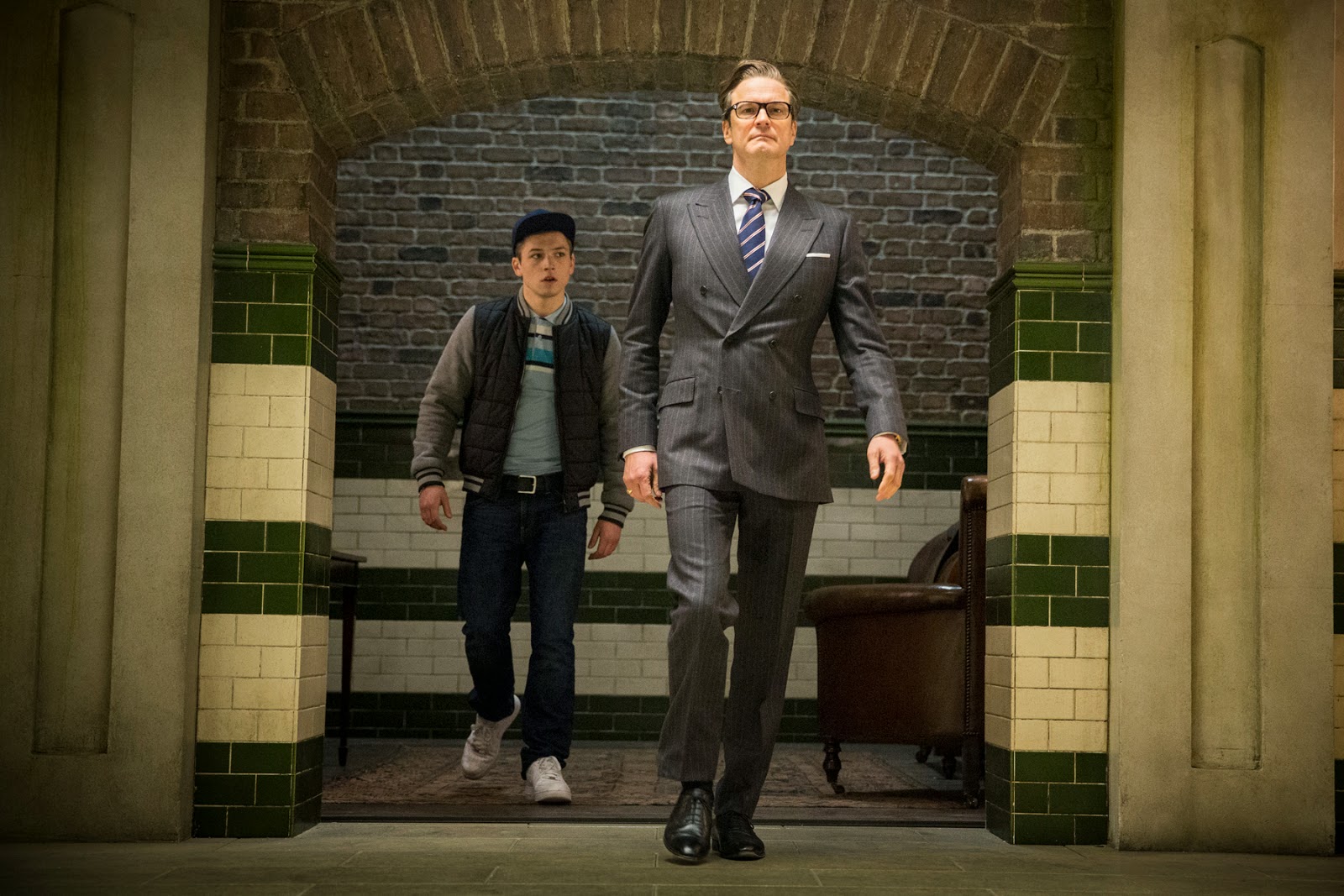 “The film is a blend of everything I learned from making Lock Stock, Snatch, and Layer Cake, which were gangster movies, as well as my comic book films Kick-Ass and X-Men: First Class, notes director and co-writer Matthew Vaughn.

The concept for Kingsman: The Secret Service was born when Vaughn had a conversation “down the pub” with comic book author Mark Millar. They had successfully collaborated together on Kick-Ass and were talking about their love of the spy genre. “It was two fan boys letting rip and weirdly we’re in a position where the fantasy can become a reality. We talked about spy movies. I love genre movies. I’m an adult with a kid’s heart in so many ways. For me, the genre was defined by the Roger Moore James Bond films and movies like In Like Flint and TV shows The Man From U.N.C.L.E and The Persuaders. I also loved the Harry Palmer films,” Vaughn tells.

“Those are the movies that fueled my love for the spy genre when but over time they seemed to get more and more serious and gritty. From the knee jerk reaction against the fun of Austin Power, you got Jason Bourne, Jack Bauer, and then Bond followed that route, leaving a hole in the market, as far as I’m concerned.”

Over the course of several more conversations Vaughn and Millar decided to develop the idea of an elite spy for the 21st century. “That begged the question, what is a modern gentleman spy? What would he be like?” he says.

Vaughn wanted his film to hark back to that golden age of spy thrillers – an action packed story, with humor in the right places, and featuring spectacular set piece sequences and vivid characters who inhabit a fully conceived world. As he says, “It’s all about emotion, humor and being wowed by spectacle.”

One of many standout action scenes feature Eggsy and his fellow Kingsman trainees submerged underwater and was, Vaughn admits, a nightmare to film. “I’ve got to say that was one of the hardest days I’ve ever filmed in my life. Filming underwater is an absolute nightmare, and filming underwater with ten actors is the stupidest bloody thing. I remember thinking, ‘why the hell did I write this scene?’ I rewrote a lot of the scene on the day, after trying to film it for five hours. It was actually far more complicated, so I went, ‘Okay, we are simplifying this right now.’ But we got it.”

Another remarkable sequence features Firth as Harry Hart in a mass fight inside a church. “It took six days to film that. It’s a floating camera, so it’s sort of hand- held, but it’s also got a rig on top of it so that it can go on a bungee sort of rig, where it can go up and down, and follow the action.

“It was very, very well planned out and we do everything before on video, so filming is actually probably the easiest part of it. I have figured out every shot, that sort of action does not happen by making it up on the day. I had so much fun making this, and we challenged each other, and it was a real team eﬀort, and it was fun.”

“Kingsman: The Secret Service” opens February 18 in theaters across the nation from 20th Century Fox to be distributed by Warner Bros.

Kristen Wiig, from “The Martian” to “Ghostbusters”