The highly-anticipated conclusion of the worldwide YA hit book-to-movie franchise “The Maze Runner” that was released in 2014 meets its final chapter in “Maze Runner: The Death Cure” starring an ensemble of today’s most talented actors led by Dylan O’Brien along with Thomas Brodie-Sangster, Ki Hong Lee, Kaya Scodelario, Rosa Salazar, Giancarlo Esposito, Dexter Darden, Aidan Gillen and Patricia Clarkson.

Maze Runner was Ki Hong Lee’s first feature film role. Lee played Minho in the film, a key ally to Thomas when he first arrived in the Glade – the prison he found himself in at the start of the movie. He returned in the follow-up, “Maze Runner: The Scorch Trials,” and comes back once again to complete the trilogy in The Death Cure. But at the end of The Scorch Trials, Minho was captured by the forces of WCKD, and so The Death Cure starts with the Gladers on a mission to save their friend, and bust him out of the prison train he’s being transported on. 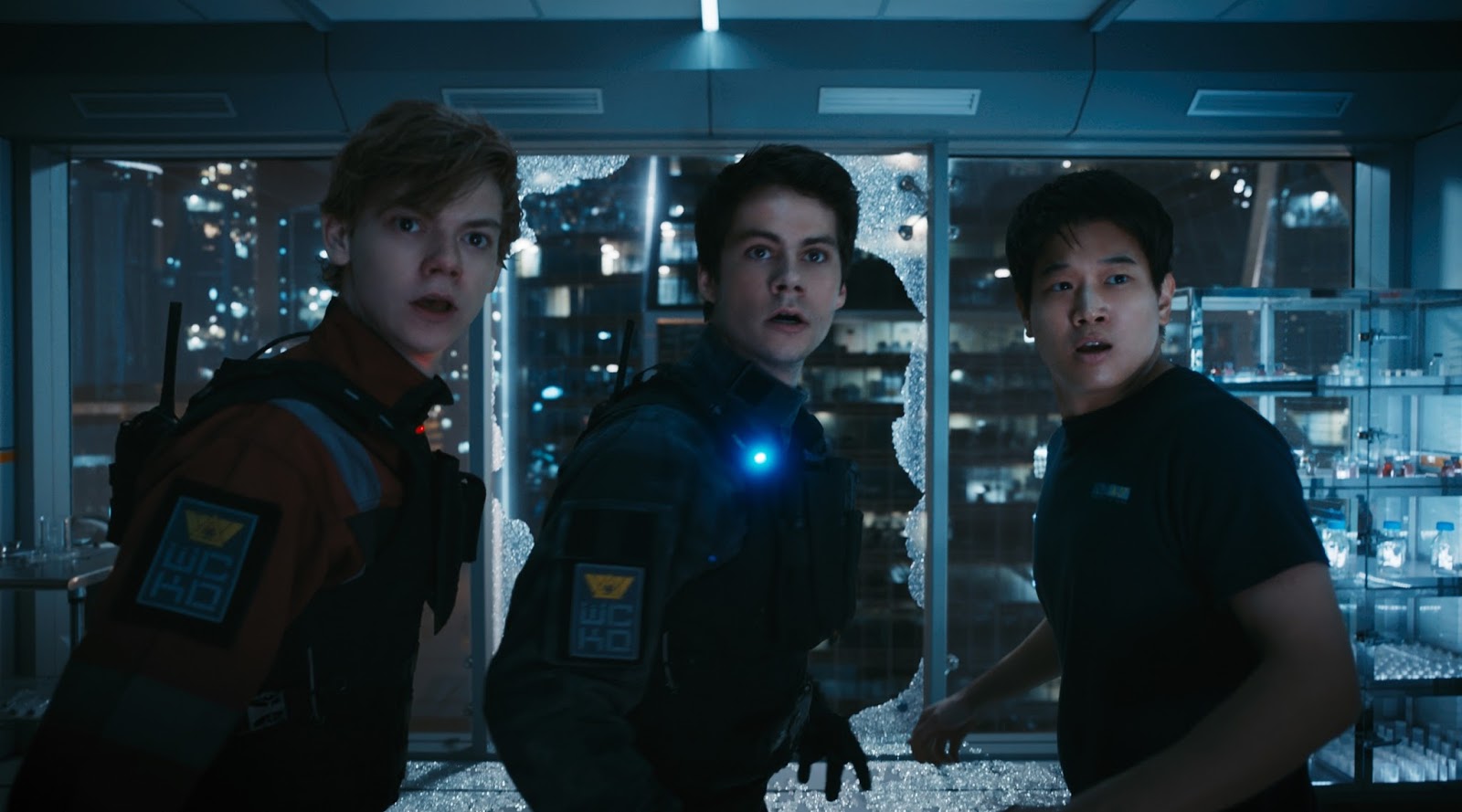 Lee’s career outside of THE Maze Runner has gone from strength to strength since the first film’s release. He starred in the first two seasons of the Netflix hit “The Unbreakable Kimmy Schmidt”, and had further feature film roles in “Everything Before Us,” “The Stanford Prison Experiment,” “The Mayor” and “Wish Upon.” His other television credits include recurring appearances in “Motherlover” and “The Nine Lives of Chloe King.”

Q: How has it felt to see this series through to its conclusion thus far?

A: It’s been sweet. This whole journey has been a very special one for me in particular just because THE MAZE RUNNER was my and Wes’s first movie ever in our careers, and I’m forever grateful for this opportunity and what it’s done for me so far. And to play such an amazing character, who is just strong, cool, and masculine, as an Asian American has been a role of a lifetime in a way.

Q: Where do we find Minho at the start of this movie?

A: It picks up where the second one left off, as in the second one you saw him getting captured by WCKD. This film is literally, from the beginning, a rescue mission for Minho. He’s very broken and he’s very up against the wall. And he’s fighting hard to just be remotely alive and it’s been interesting and fun to play. I’ve never seen Minho this desperate before. So you stripped him of his family, and you stripped him of his abilities and that’s what you get for the third movie. I guess in the first two movies he’s always fighting for his family, but in this one he’s fighting for himself, and the sliver of hope he has of getting out. 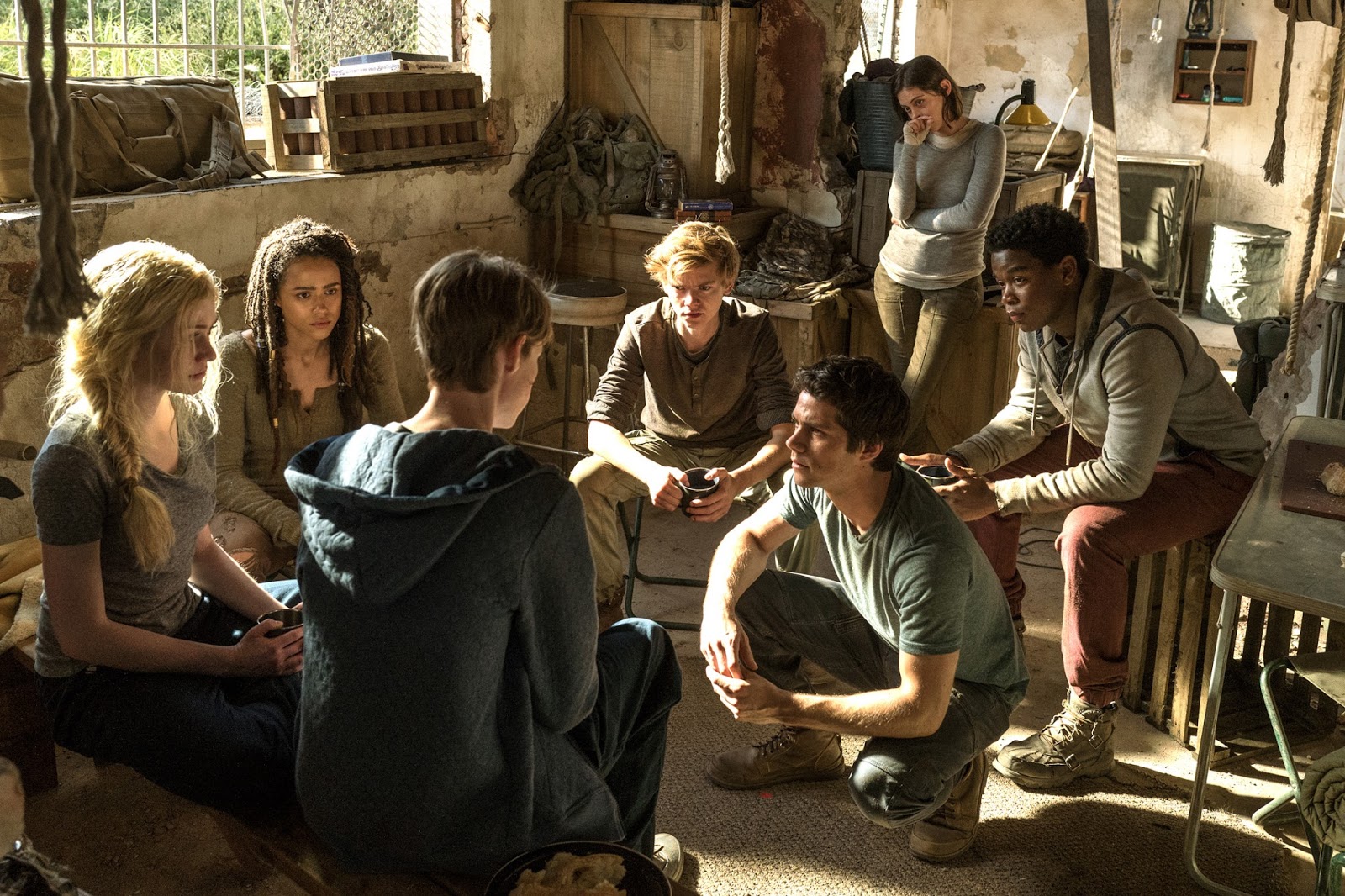 Q: Minho has had quite a journey over the course of the films. As an actor, how satisfying has it been to track those changes to this same person?

A: You know, a lot of actors say, “I want a role to really sink my teeth into, really do something with.” And I’ve been very fortunate to play the same character for many years now, and I’ve gotten to see every year, a different side of him. And I’ve gotten to experience different things with him, and see different facets of his character that I didn’t even know existed when I first originated the Minho role. It’s been interesting.

Q: Are there moments that stick out in your mind as being particularly memorable?

A: Every project has its moments and memories and I guess if you were to just take it as a whole, I’ll miss the cast because I will miss coming home after a long day, going into someone’s room with every single cast member and just chilling and just hanging out, until we had to go to sleep because our call time was in like, 5 hours. We’re just literally friends just hanging out and just happy to be making a movie at the same time, for the last 4 years.