MANILA, July 22, 2017 – Columbia Pictures’ heist thriller Baby Driver, one of the year’s best-reviewed films, with a 95% Fresh Rating at Rotten Tomatoes, will have whole-day sneak previews on Monday and Tuesday, July 24 & 25 nationwide. Tickets will be available at regular admission prices.

Moviegoers are advised to check with their favorite cinemas (please see below graphics) for screening hours. 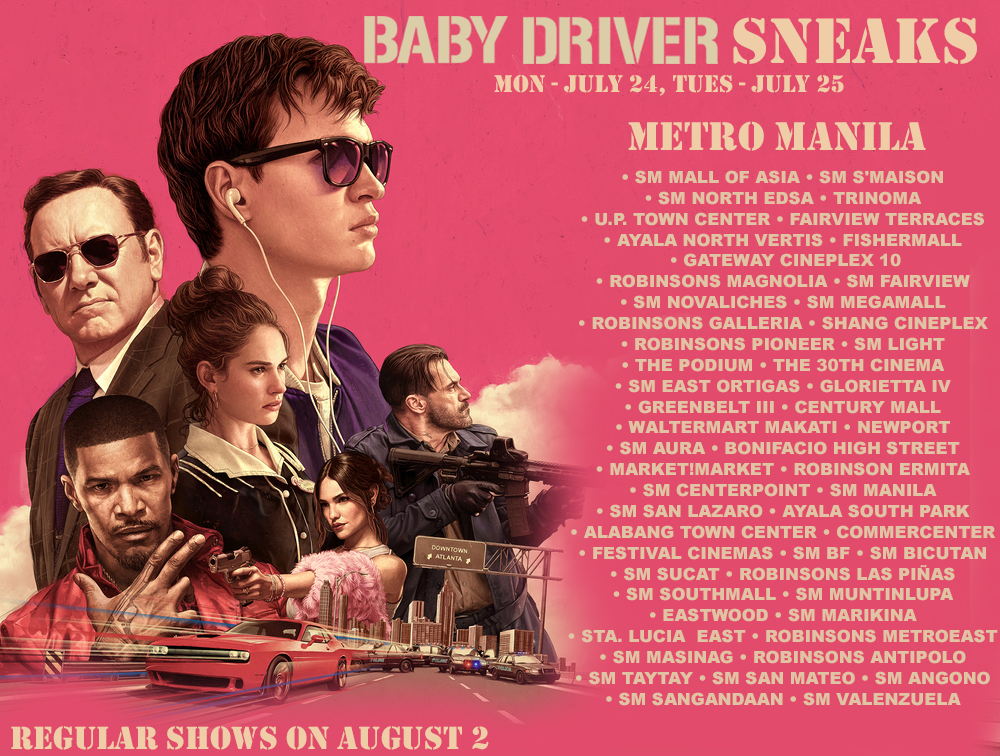 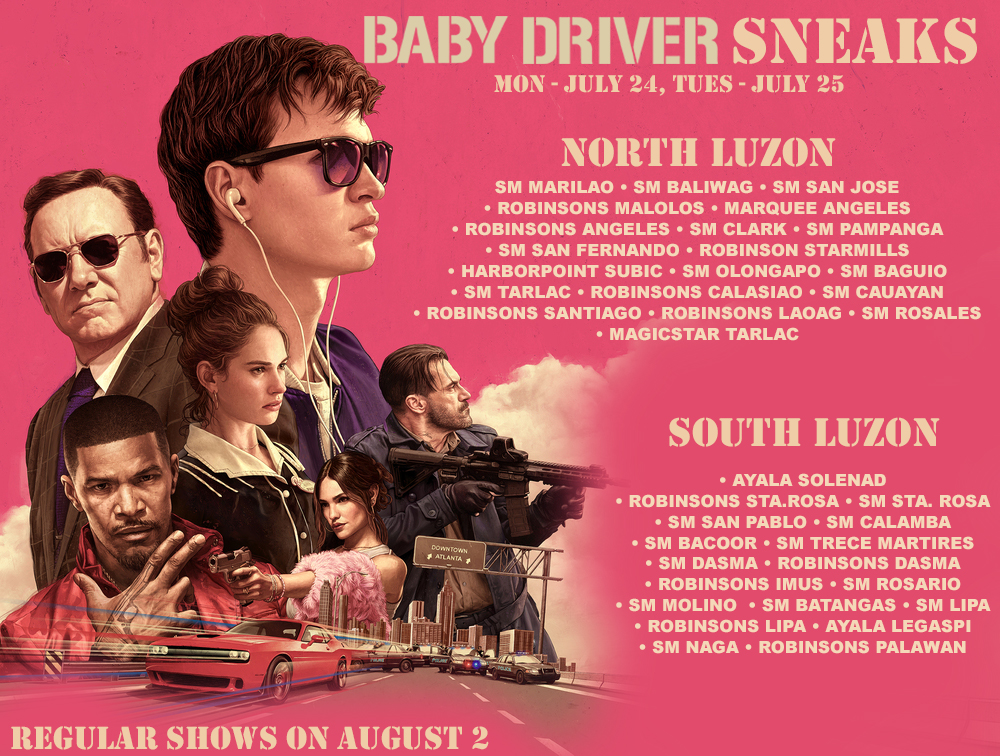 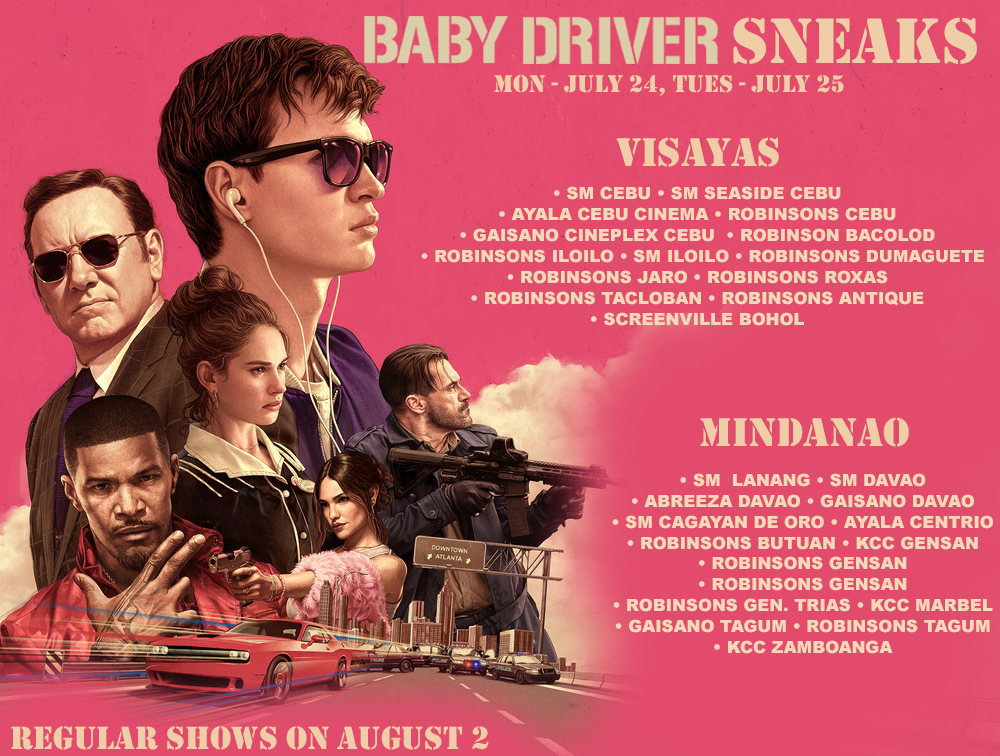 In the film, a talented, young getaway driver named Baby (Ansel Elgort) relies on the beat of his personal soundtrack to be the best in the game. When he meets the girl of his dreams (Lily James), Baby sees a chance to ditch his criminal life and make a clean getaway. But after being coerced into working for a crime boss (Kevin Spacey), he must face the music when a doomed heist threatens his life, love and freedom.

Full of reversals, rewinds, fast forwards and heart-stopping skips, Baby Driver is a game-changing, lane-changing, hard-charging blast only director Edgar Wright could have dreamed up.

The Revenant Wins On Its Opening Friday At The Box-Office

“Cars 3” Hero Gets Back on Track with New Trailer