MANILA, October 22, 2017 – As a treat to fans in the Philippines, Marvel Studios will debut Thor: Ragnarok much earlier than expected as the action-adventure will have special sneak previews on Tuesday, October 24 starting at 7PM in cinemas nationwide.

Fans may refer to the list of participating theaters below. Tickets at regular admission prices. 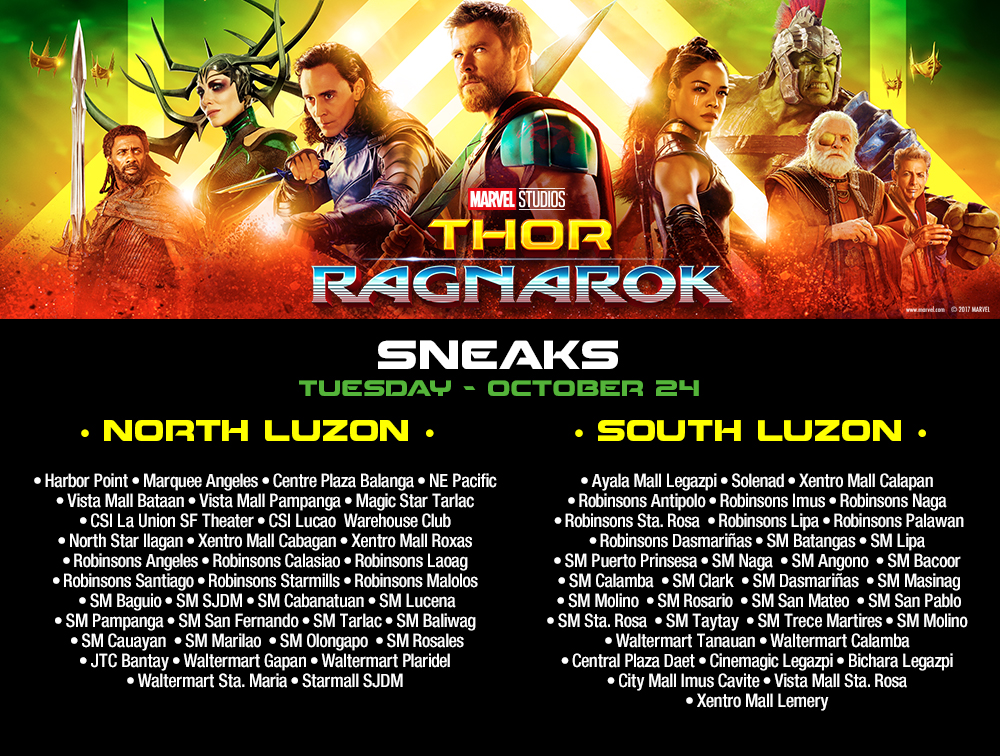 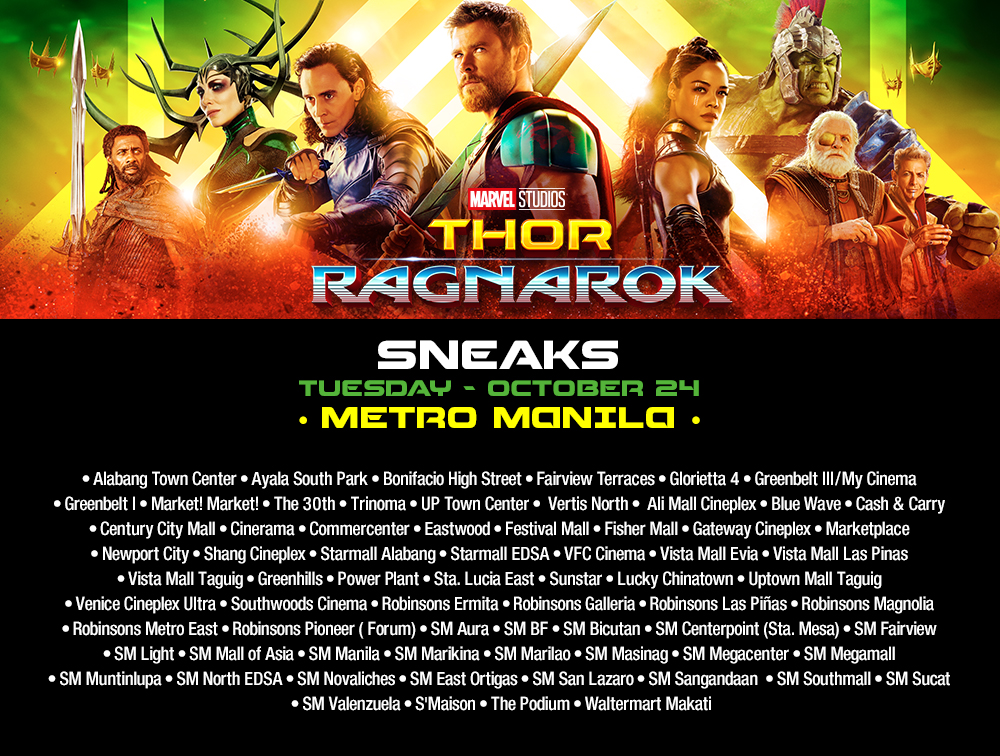 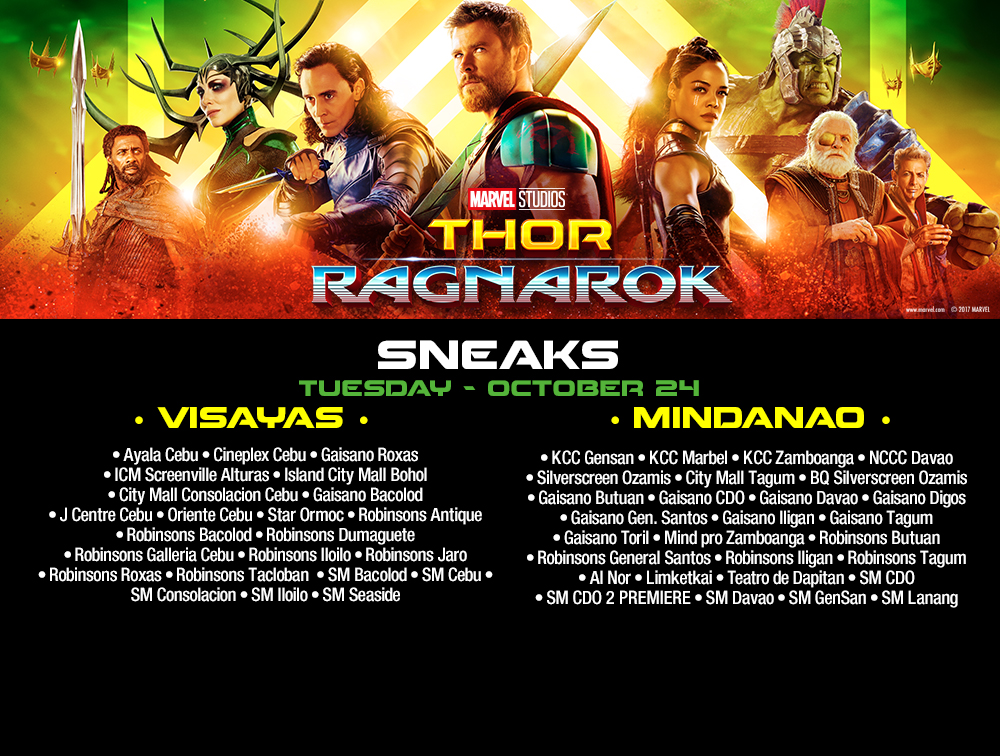 In the film, Thor (Chris Hemsworth) is imprisoned on the other side of the universe without his mighty hammer and finds himself in a race against time to get back to Asgard to stop Ragnarok—the destruction of his homeworld and the end of Asgardian civilization—at the hands of an all-powerful new threat, the ruthless Hela (Cate Blanchett). But first he must survive a deadly gladiatorial contest that pits him against his former ally and fellow Avenger—the Incredible Hulk (Mark Ruffalo).

Leonardo Dicaprio’s Latest And Loudest Buzz On His Award-Winning Performance In...