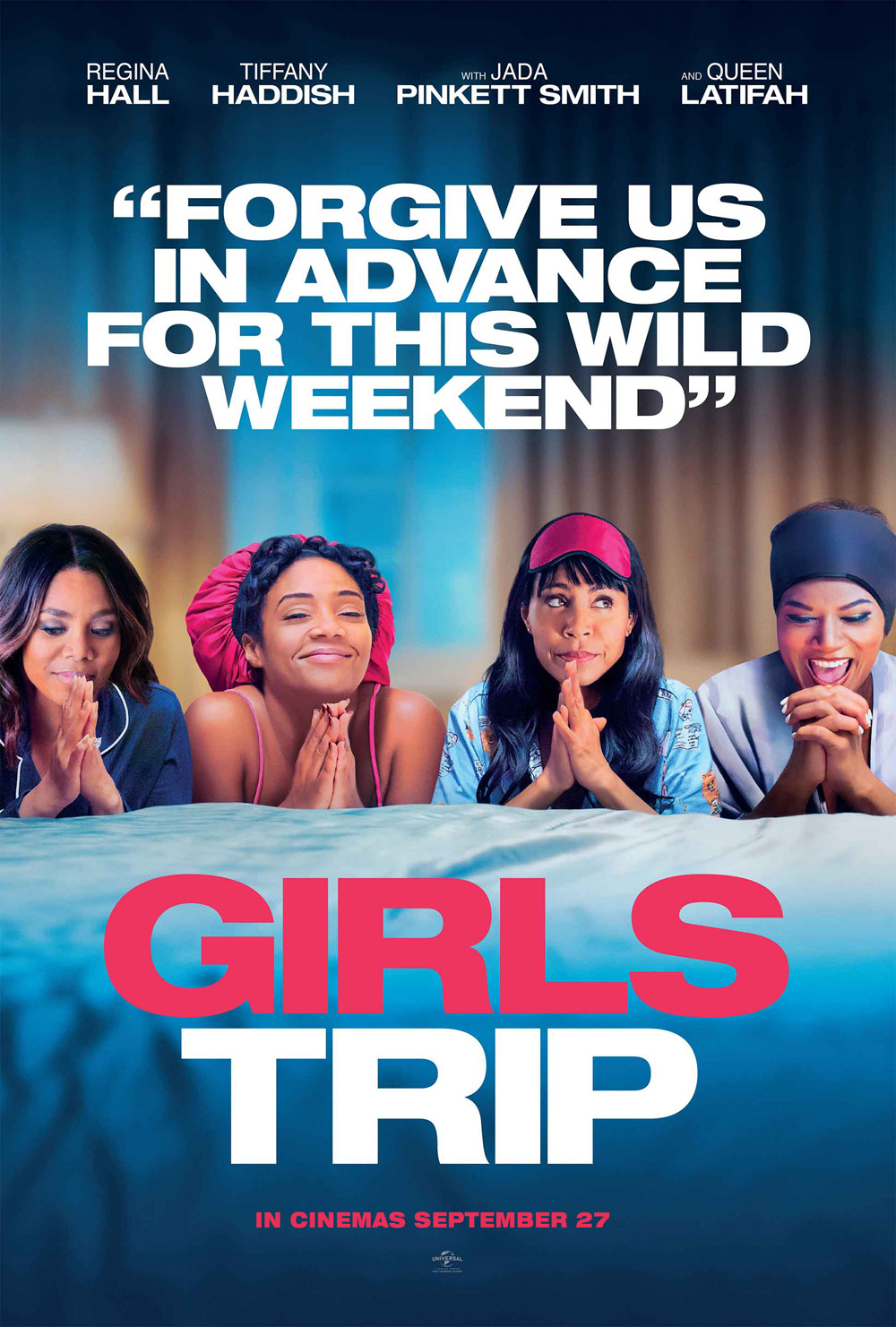 The all-star cast is led by Regina Hall as Ryan Pierce, a successful author at the crossroads in her marriage; Tiffany Haddish as the hotheaded, free-spirited and fiercely loyal Dina; Jada Pinkett Smith (Magic Mike XXL) as Lisa Cooper, a conservative nurse and mother of two children who desperately needs a weekend getaway; and Queen Latifah (Miracles from Heaven) as Sasha Franklin, a gossip blogger who is circling a life reset of her own.

Girls Trip is directed by Malcolm D. Lee from a screenplay by Kenya Barris (creator of TV’s Black-ish) & Tracy Oliver (Barbershop: The Next Cut).

T.J. Miller, Voice of Emoji with Every Expression in “The Emoji...