When Evangeline Lilly was first approached to lend her talents to the part of Hope van Dyne in Marvel’s “Ant-Man,” she admits that she needed to do some research to get up to speed on Marvel.

“I was not familiar with Marvel comics or Ant-Man when I was first approached about the part, so I had to do some homework,” says Lilly. “I watched some Marvel films because I was completely ignorant of the incredible things that they were doing. I discovered that they are very talented with story and character and they know how to put on a spectacle. Then, when I was doing screen tests, they started showing me pre vis material of Ant-Man and the ants in action. Once I saw it with my own eyes, I suddenly realized how cool this movie was going to be and that it’s going to be something that has not been seen at all in the Marvel Cinematic Universe. It’s going to have its own life and its own fan base.” 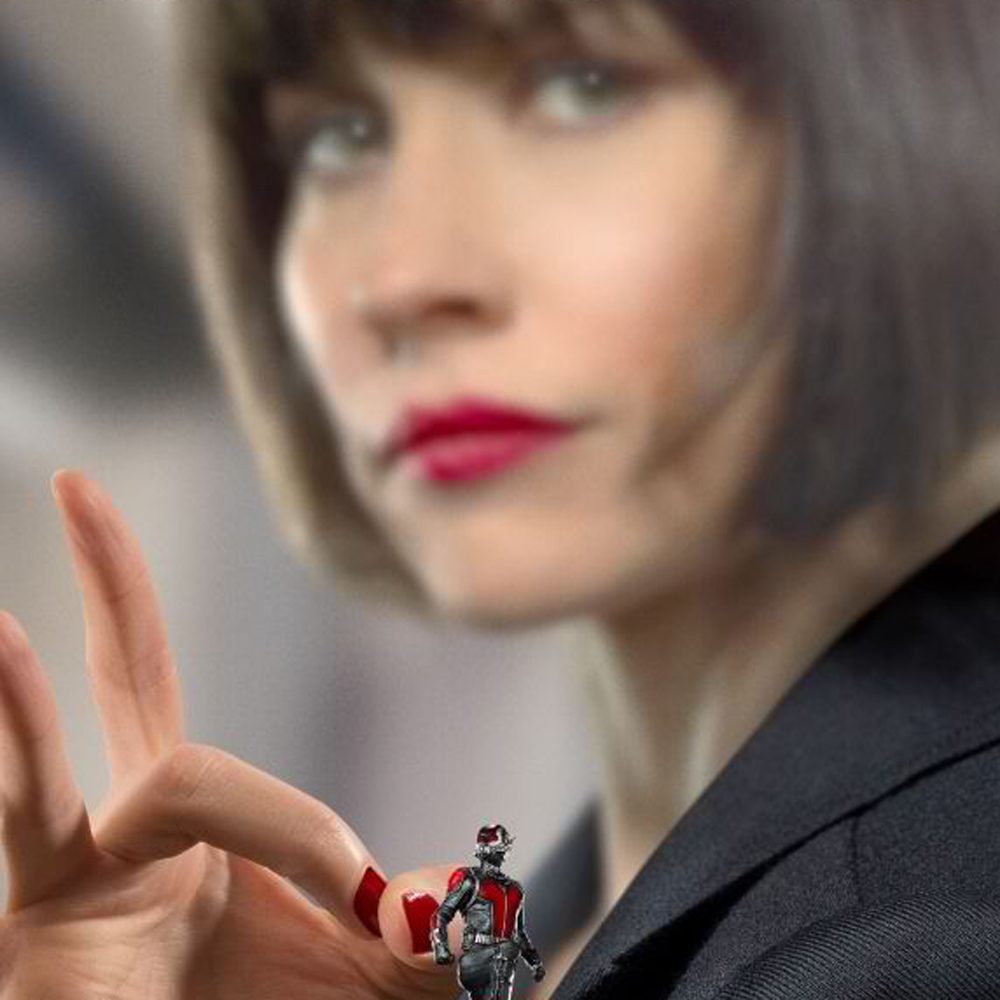 Subsequently Lilly signed on and immediately started to talk to the writers about her character Hope van Dyne, who is the estranged daughter of Hank Pym, played by Michael Douglas. “I was interested in what they were going to do with my character and how they were going to make her modern and relatable and significant and prevalent and powerful as well as vulnerable and all the things that a character needs to be,” explains Lilly. “That made it more interesting and that made me feel very excited to do the part and believe that it could be something that would keep me challenged.”

Hope van Dyne is the Chairman of Pym tech, a company founded by her father who has been ousted by his protégé Darren Cross (Corey Stoll). Describing her character, Lilly offers, “Essentially, Hope is Darren Cross’ partner at the company. Her badge says senior scientist but she’s also a high-level board member who has a lot of pull at the company and can make unfortunate things happen like usurping her father out of the position of president and CEO, which she did.”

When Hope meets Scott Lang (Paul Rudd), she can’t believe her father is entrusting him with the Ant-Man suit. “Hope can’t stand Scott,” says Lilly. “She thinks he’s a useless idiot and she thinks that Hank’s wasting his time with him. She actually thinks that he’s detrimental to their mission. Hope is pretty convinced that there’s nobody who would be better to complete this mission than her in the Ant-Man suit. In Hope’s mind she totally could have been Ant-Man and she would have really liked to be Ant-Man. Then Scott Lang got in the way.” 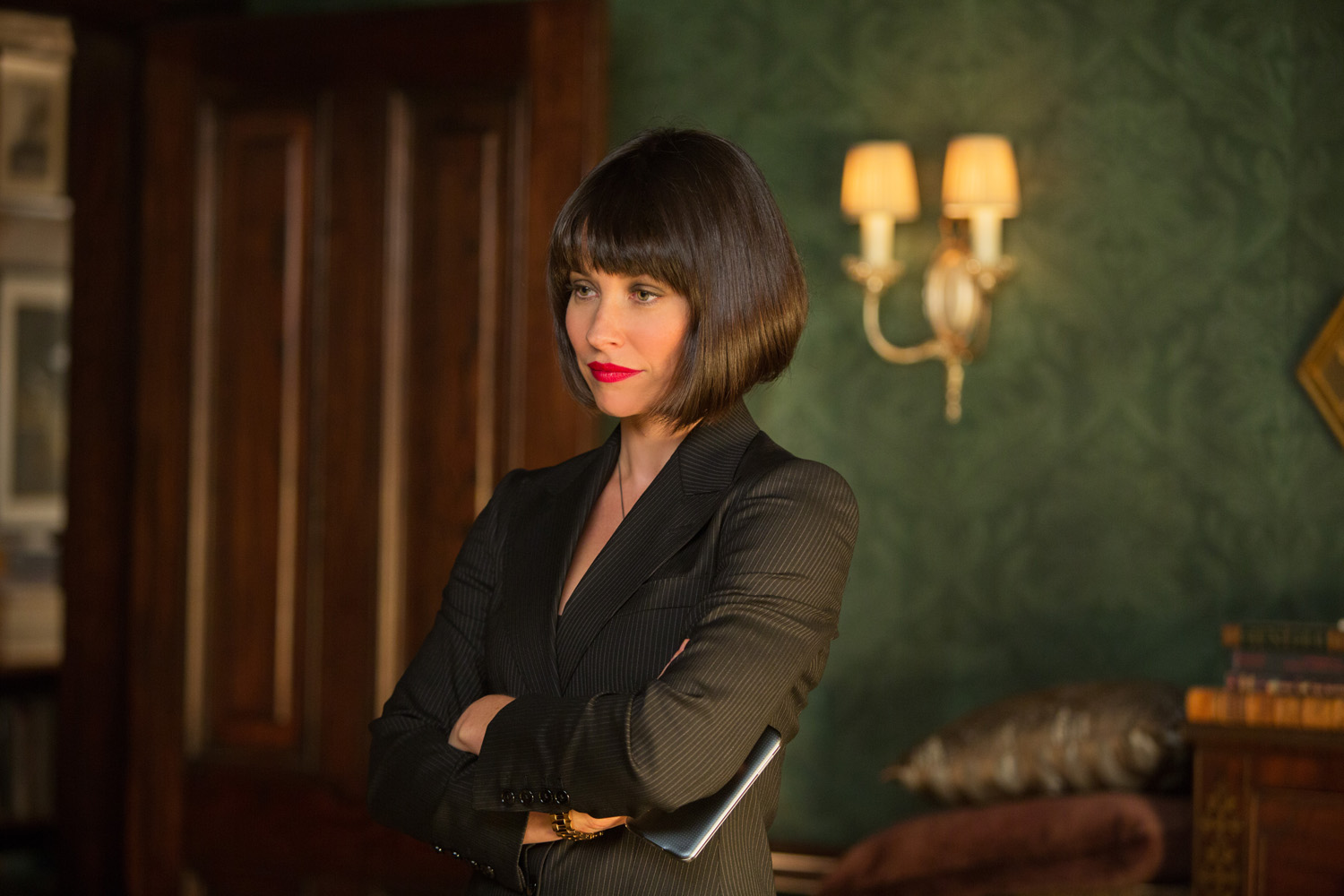 In the film, Hope must join forces with her father and reluctantly work with Scott Lang to prevent Darren Cross from achieving his misguided goals. Describing on what brought Hope to this change of heart, Lilly says, “Hope is an island unto herself. She has her own sense of right and wrong, her own sense of justice and she wants justice to be served. She doesn’t want to see the earth implode and human society fall into chaos. She realizes that she is literally helping Darren Cross bring the world to the brink of that. She feels that the only thing that she can do is to go to her father and ask for his help. She does it very much begrudgingly and against her will and she just wishes she didn’t have to be working with her father. She certainly wishes she wasn’t working with Scott and I think in a weird way that her allegiance through a lot of the film is with Darren Cross but she just feels she has to do what’s right regardless.”

The theme of father/daughter issues runs through the storyline and is most evidenced by the contentious relationship between Hope and her father, Hank Pym. It is a theme that Lilly thinks is grounded and relatable, and she comments, “I just don’t know if there’s anyone in the world who could say that they are completely above father/daughter issues. There’s always stuff to be mined there because the relationship between a parent and a child is so complex, so I think that there’s a lot of wonderful, relatable material with those storylines.”

Lilly was impressed with Ant-Man interacting with ants in the movie and calls it “the most exciting part about the spectacle.” She elaborates, “I am next to positive that nobody has ever seen all that ant action on screen before. There are these scenes where we mobilize armies of ants of different shapes and sizes and abilities and for me, I know that’s going to be my favorite part of the film. That’s going to be the part that sets Ant-Man apart from the other Marvel comic-book stories because it’s not just a guy in a suit who’s incredible. It’s a guy in a suit and legions of ants.”

Summing up what she took away from her Marvel experience, Lilly says, “The thing that Marvel has over a lot of other big, spectacle films out there is that they never take themselves too seriously. Marvel never loses sight of the fact that it’s a Super Hero movie and they keep you laughing and they keep you entertained and they keep reminding you this is all just a bunch of fun.”