Charlize Theron is looking for a killer who has plagued her for most of her life in the newly mystery thriller, ‘Dark Places’. The story is based on ‘Gone Girl‘ author Gillian Flynn’s worldwide best-selling novel, which has been on the NY Times best-seller list for over two years. 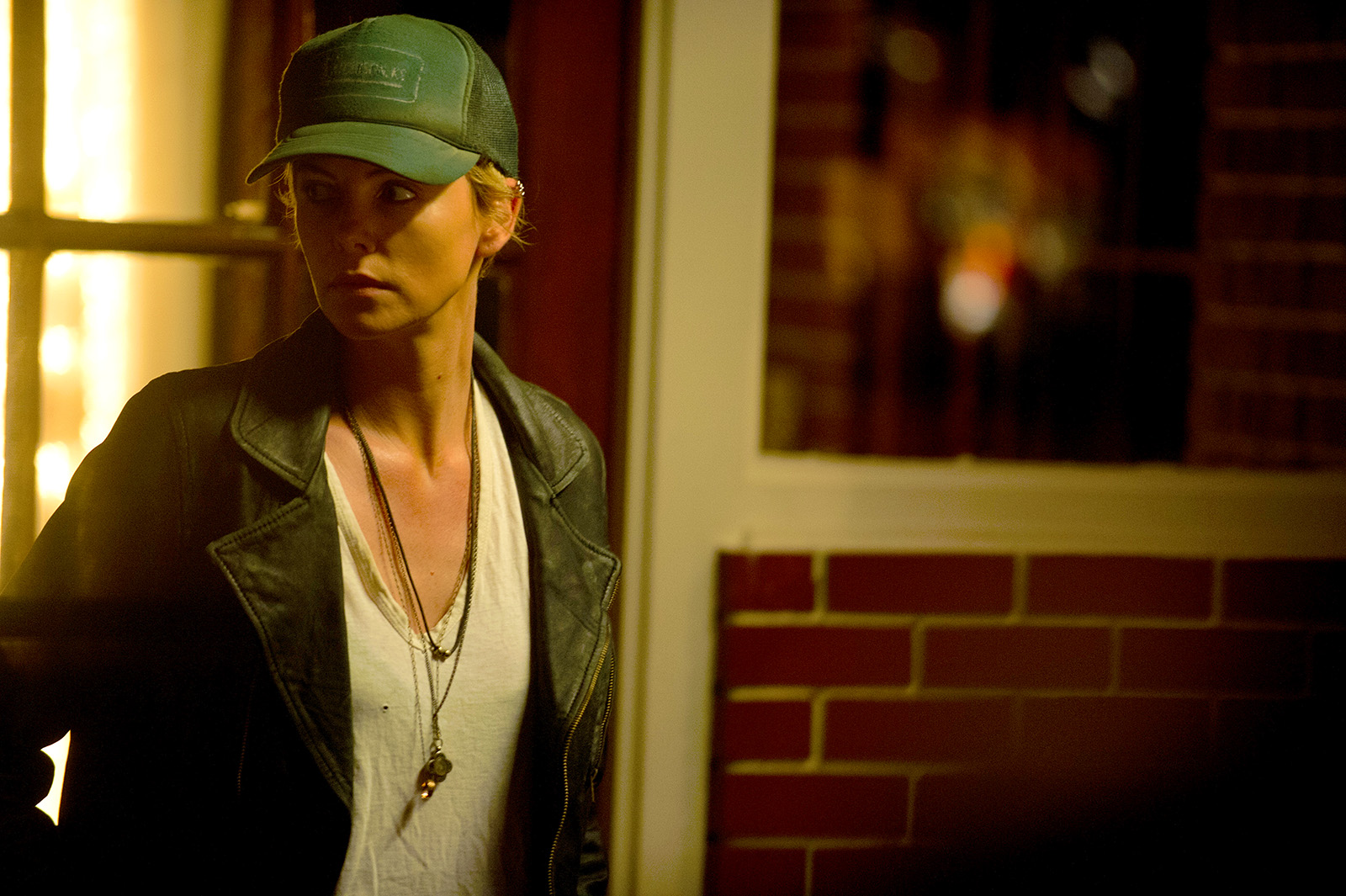 Libby Day (Charlize Theron) was only seven years old when her mother and two sisters were brutally murdered in their rural Kansas farmhouse. In court, the traumatized child pointed the finger at her brother, Ben (Tye Sheridan), and her testimony put the troubled 16-year-old in prison for life.
Twenty-five years later, a broke and desperate Libby has run through donations from a sympathetic public and royalties from her sensational autobiography, without ever moving past the events of that night.

When Libby accepts a fee to appear at a gathering of true-crime aficionados led by Lyle Wirth (Nicholas Hoult), she is shocked to learn most of them believe Ben is innocent and the real killer is still at large. In need of money, she reluctantly agrees to help them reexamine the crime by revisiting the worst moments of her life. But as Libby and Lyle dig deeper into the circumstances surrounding the murders, her recollections start to unravel and she is forced to question exactly what she saw – or didn’t see. As long-buried memories resurface, Libby begins to confront the wrenching truths that led up to that horrific night. “DARK PLACES” is released and distributed by CAPTVE CINEMA.

Zach Galifianakis As You’ve Never Seen Him Before In “BIRDMAN”