LONDON, July 15, 2017 – In anticipation of World Emoji Day, and the upcoming worldwide release of The Emoji Movie, emoji fans around the world celebrated by setting the world’s first Guinness World Records™ title for the Largest gathering of people dressed as emoji faces simultaneously across multiple venues.

Spanning three continents, the record saw emoji faces inspired by the film’s characters turn up in Dubai, Moscow, London, Dublin, and Sao Paulo, as hundreds of fans dressed as the winningly expressive characters. Additional countries showed enthusiastic support by echoing the effort, with their own emojis participating in similarly themed celebrations; it is estimated that more than 1,000 emojis not associated with the record were in the mix throughout Europe, Asia and South America.

The film, about an emoji that simply can’t stick to just one expression, is due for release in Philippine cinemas on August 23, 2017. It comes at a time when the familiar messaging characters that populate our smartphones are more in demand than ever: in fact, this marks the fourth annual celebration of World Emoji Day, which is getting bigger with each edition and will be formally observed on Monday, July 17. Commenting on the announcement, Josh Greenstein, President of Worldwide Marketing and Distribution for Sony Pictures Entertainment, said, “Achieving a Guinness World Records title is a testament to the enormous worldwide appeal of emojis. It’s great to see so many people getting excited for the worldwide release of ‘The Emoji Movie.’”

Jack Brockbank, Guinness World Records Adjudicator, added, “We are incredibly impressed by the level of coordination and timing required to pull off this global record attempt – and it all happened simultaneously! It’s official—this is a fantastic achievement!”

The Emoji Movie is the new animated adventure that unlocks the never-before-seen secret world inside your smartphone. 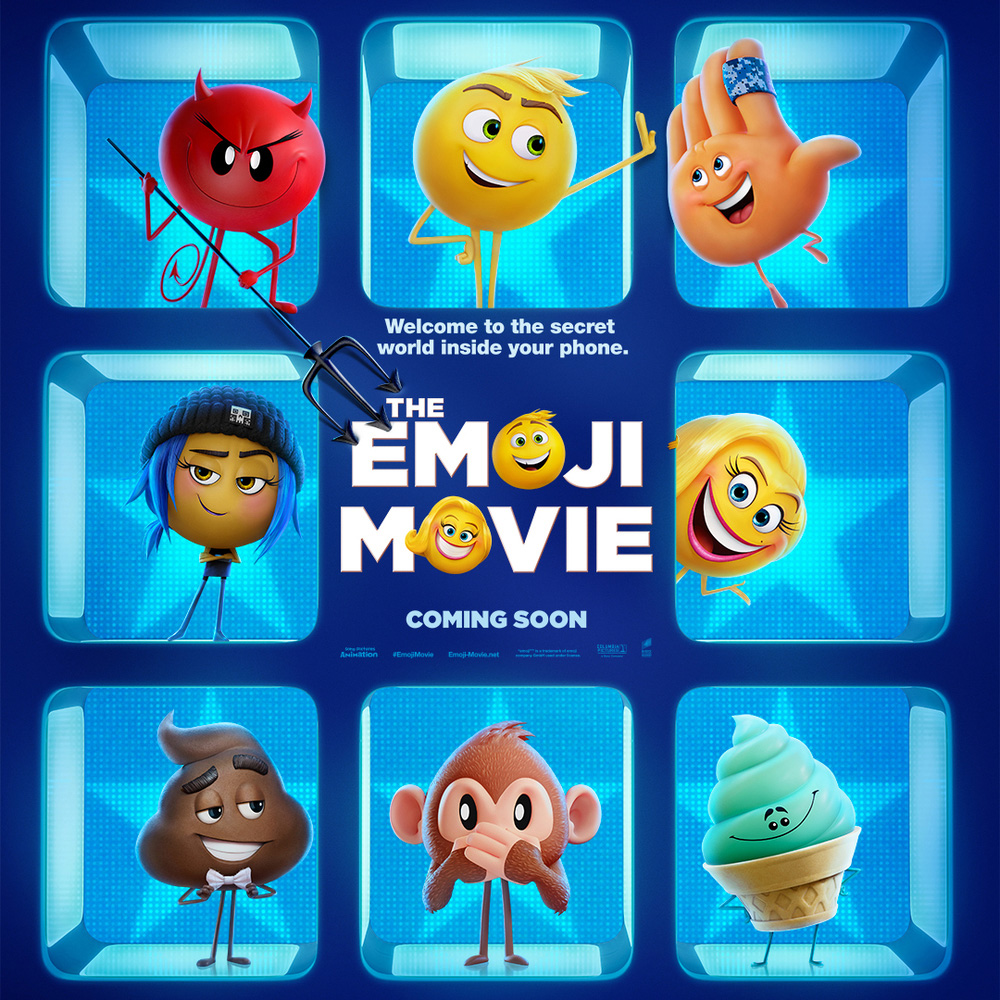 Hidden within the messaging app is Textopolis, a bustling city where all your favorite emojis live, hoping to be selected by the phone’s user. In this world, each emoji has only one facial expression – except for Gene (T.J. Miller), an exuberant emoji who was born without a filter and is bursting with multiple expressions. Determined to become “normal” like the other emojis, Gene enlists the help of his handy best friend Hi-5 (James Corden) and the notorious code breaker emoji Jailbreak (Ilana Glazer). Together, they embark on an epic “app-venture” through the apps on the phone, each its own wild and fun world, to find the Code that will fix Gene. But when a greater danger threatens the phone, the fate of all emojis depends on these three unlikely friends who must save their world before it’s deleted forever.