DreamWorks Animation’s latest and 34th movie, “The Boss Baby” is inspired by the best-selling book of the same title by Marla Frazee – the film tags us along on a young boy’s colourful adventures as he discovers that his new baby brother is not what he seems.

Directed by Dreamworks veteran Tom McGrath (“Megamind,” “Madagascar”), “The Boss Baby” is a family comedy featuring the voices of Alec Baldwin, Steve Buscemi, Lisa Kudrow and Jimmy Kimmel and Miles Bakshi. Exploring the wonders of a child’s imagination and celebrating the precious bond that can form between siblings in a family, “The Boss Baby” (Baldwin) and his older brother Tim (Bakshi) discover that love isn’t finite after all. 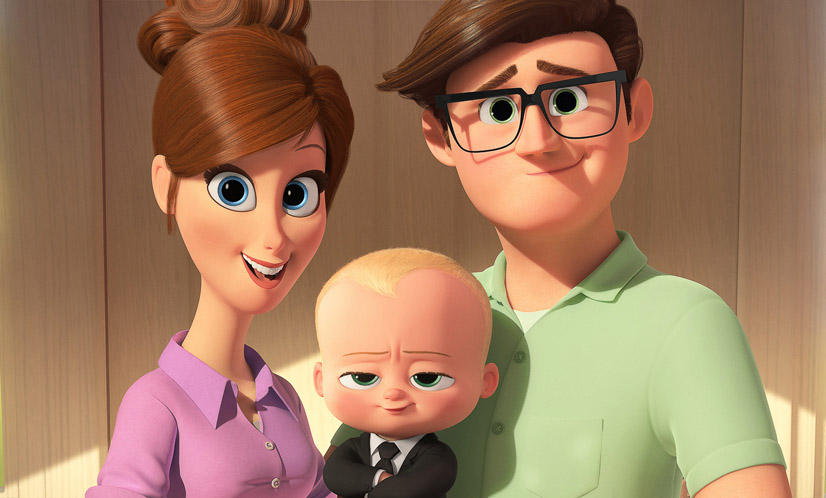 The heartfelt nature of the story and the remarkable charm of the main characters were immediately appealing to producer Ramsey Naito. “The story mirrored my life. My oldest son was seven years old when my youngest arrived, and he was really jealous, just like our main character, Tim. I related to the brother’s story instantly,” says Naito. “I love that we celebrate the power of children’s fantasy and imagination in this film.”

Tim’s parents are voiced by Lisa Kudrow (“Friends”) and funny television host (also 2017’s Oscars host) Jimmy Kimmel. Tim’s parents are simply oblivious to the chaos unleashed by Boss Baby in their household. Barely hanging on to the slightest resemblance of domestic order at home, they have no clue about the strange machinations of Baby Corp. and Puppy Co. where they work.

“The parents have a new baby in the house and are both working full time. They are sleep-deprived and barely holding it together, and this needed to be captured in their design,” says Naito. “We wanted to get away from an idealized version of parents,” says production designer David James. “Mom, especially needed to be a very real person, at the same time, she had to exude this warmth. Her beauty and her maternal nature go hand in hand.” 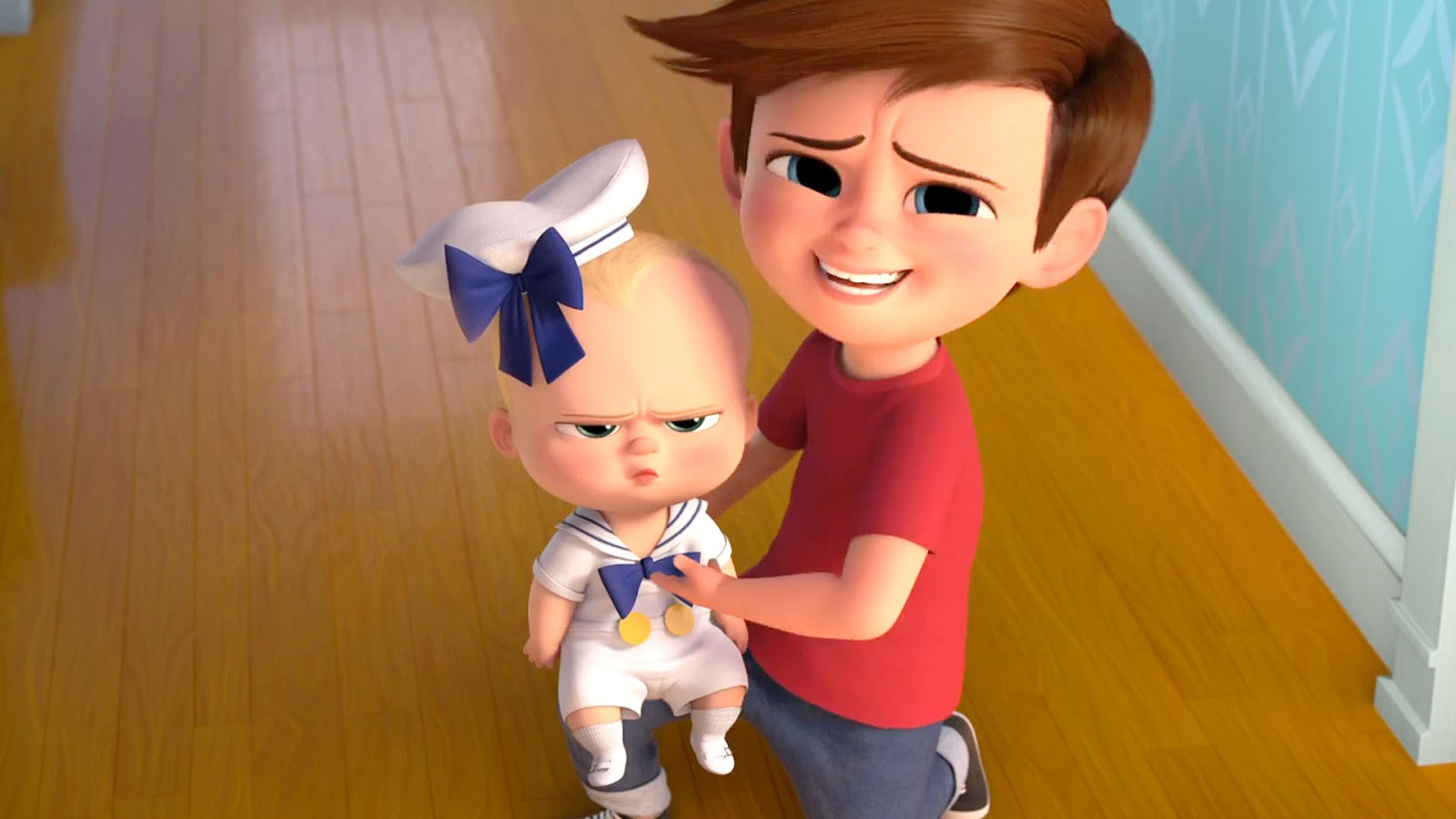 Meanwhile, Tim’s dad is just trying to keep up. “Like many new fathers, he has this slight deer-in-headlights look,” notes James. “He tries his best to keep everything under control, but he is a bit overwhelmed by all the changes. They are both loving parents – and the lesson of the movie is that there is love enough going around for everybody. They do have unconditional love for both of their kids, and that’s something that Tim learns by the end of the movie.”

Baldwin, who voices the titular character, Boss Baby is immensely impressed by the work and devotion of the DreamWorks animators in the movie. “I was so impressed by the meticulous world created by the film’s director Tom McGrath and the rest of their talented team. When we experience the movie as a whole, we are immersed in a parallel world that looks vaguely familiar but unlike any we’ve seen before on the big screen. Packed with memorable characters and insightful revelations, “The Boss Baby” celebrates human experiences and foibles, and delivers its final message tenderly – with pure, genuine emotion.”

An Easter weekend movie for the entire family, “The Boss Baby” opens April 15 (Saturday) from 20th Century Fox to be distributed by Warner Bros.

Hero or villain? Lover or fighter? Sinner or saint?

Matt Dillon, on the Trail of Bank-Robbing Seniors in “Going in...