Nominated for eight Oscar Awards including Best Picture, Hacksaw Ridge centers on the story of Desmond T. Doss (Andrew Garfield), a Seventh-day Adventist who became an army medic while adhering to his religious convictions of not carrying a weapon. He saved 75 men during the Battle of Okinawa in World War II.

Producer Bill Mechanic explains: “It was 14 years for me making the film, so I looked at many actors over that time to play Desmond Doss. He’s a difficult character to portray because he’s so inward, he’s not going to explain himself a lot of times in the movie, so it had to be somebody who could inhabit his persona so fully that you could see who he was.” 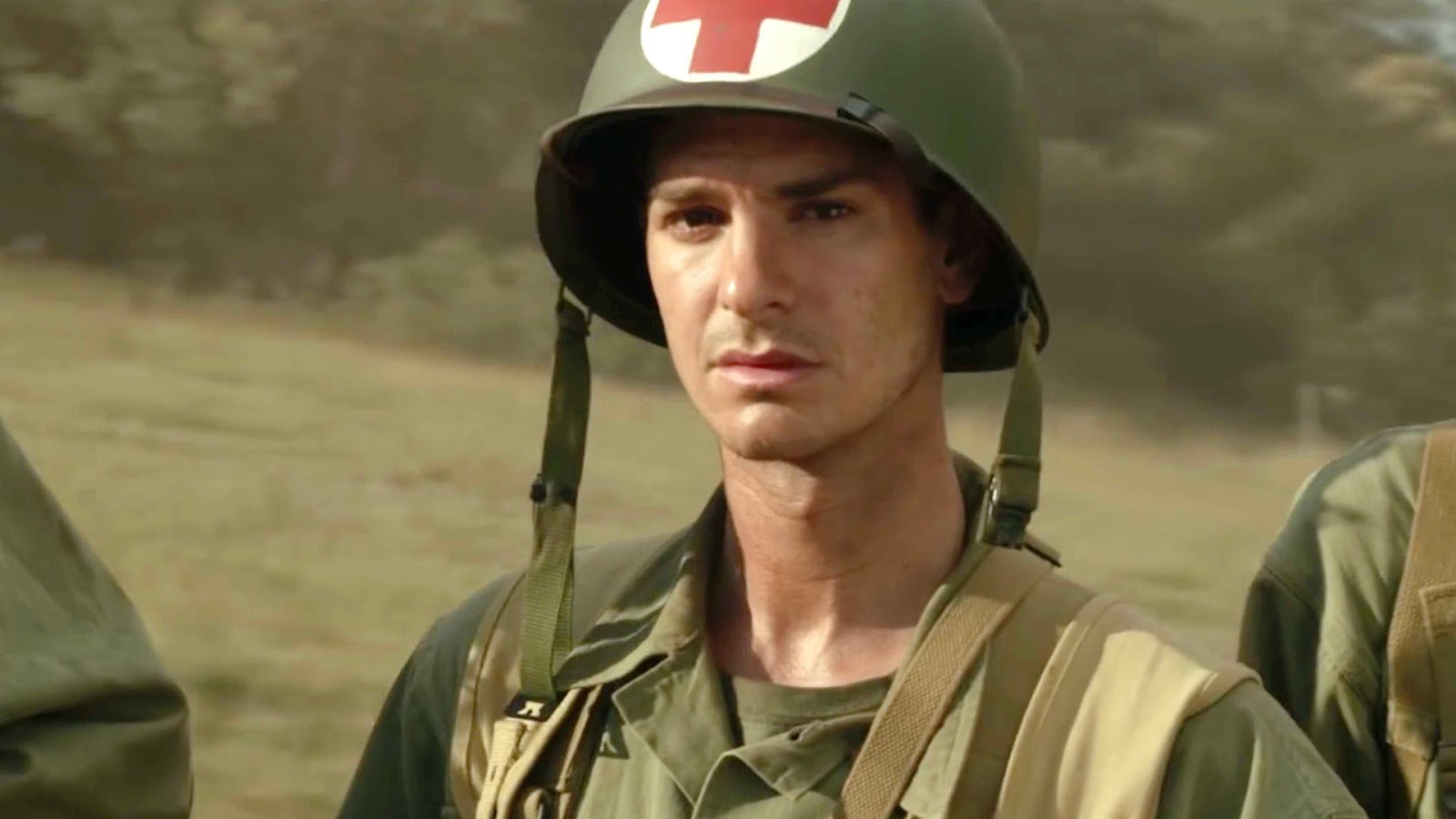 Mechanic knew that physicality was not the heart of the role, although it would take the lead actor into searing action. “Even if he was a Superman with a body built like The Rock, you still wouldn’t believe that a person still could do what Desmond did,” the producer muses. “It would take something else to believe in Desmond and that’s what Andrew Garfield brought.”

Garfield who is known for his roles as Peter Parker in The Amazing Spider-Man and Facebook co-founder Eduardo Saverin in The Social Network, immediately jumped at the role.

“There wasn’t any hesitation when I read the script” says Garfield. “I think it’s rare in this world to have someone like Desmond, who is so tuned into themselves, so tuned into what that still, small voice inside is saying, that no matter what is thrown at them, they know what they can do, and what they will not do.”

Doss’s rare respect for the enemy and the sanctity of all human life also awed Garfield, who says it gave him pause. “Desmond treated the enemy with as much care as he would treat his fellow Americans. That’s hard to wrap your mind around, but I wanted to try to understand it more, and to learn from his perspective on life and on the world — this beautiful perspective he had that we’re all one. Even though I believe this is a story that transcends any specific religion, it’s a very spiritual story,” says Garfield.

Despite the fact that Doss is now deceased, Garfield says he felt a heavy responsibility to honor his life and achievements. He spent three months prior to production devoted solely to exploring Doss and his surroundings in depth. 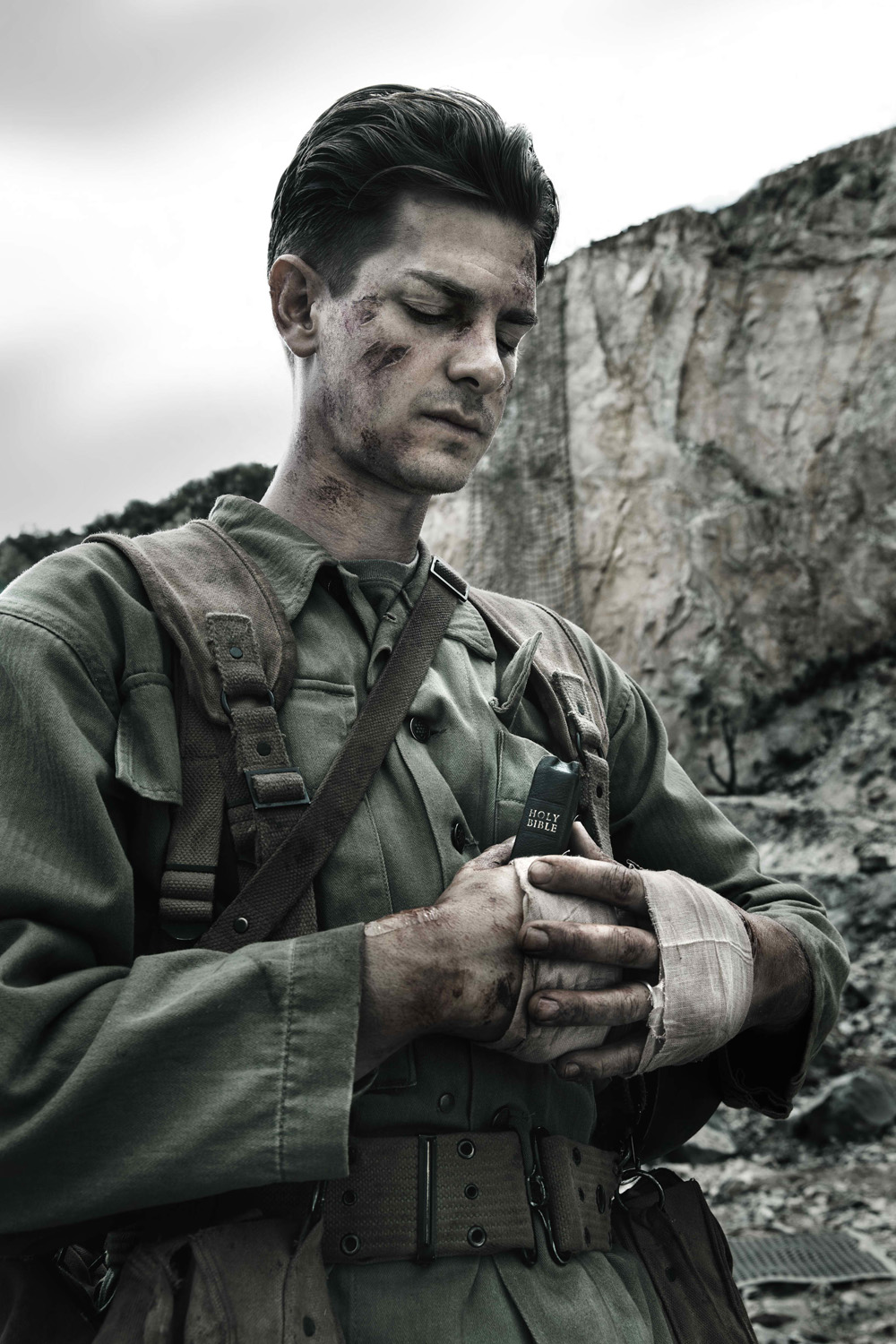 “The preparation was extensive,” Garfield comments. “I visited Desmond’s hometown, the place where he retired, the home he grew up in and the home where he passed away. I walked the walks that he walked. I read all the books about him, absorbing as much as I possibly could. But that was just scratching the surface, really. One of the joys of doing a story like this is attempting to dive into someone else’s being, the time in which they were alive, which is endlessly fascinating. You get to be an historian and a researcher.

Mel Gibson was gratified to see Garfield cut to the heart of the character he so wanted audiences to get to know. “Andrew is an amazing actor. He’s not your typical looking action hero but he has those qualities inside him,” Gibson observes. “He’s a guy who, like Desmond Doss, has real convictions and so he was able to portray Desmond in a real and moving way. The film is so focused on his character, he really had to be our quarterback and he was.” 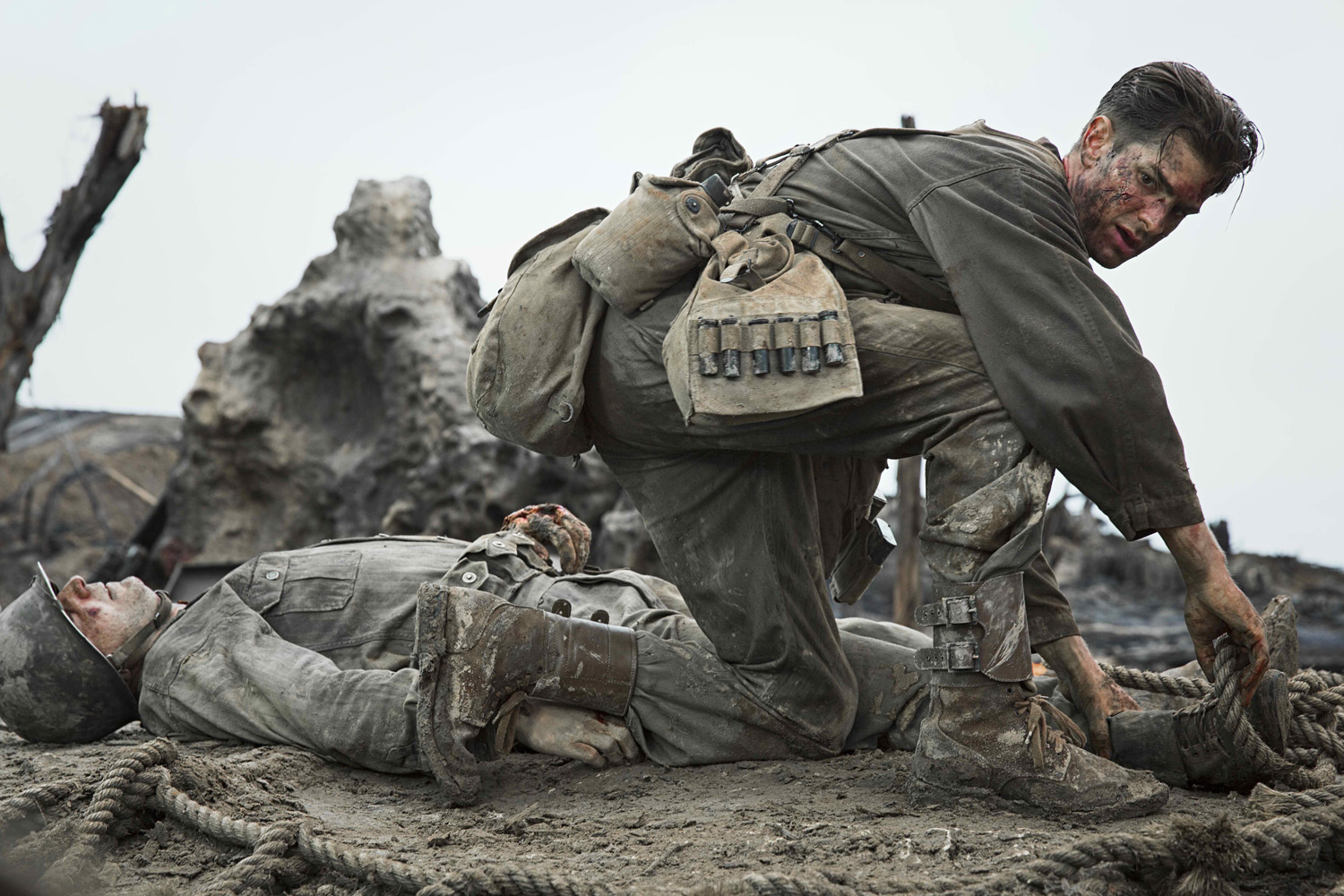 Garfield was equally exhilarated by the working rapport with Gibson. “Working with Mel as a director has been a real highlight of my time being an actor so far,” he says. “Mel tells a story in such a beautiful, compelling way. He’s a bit like Desmond Doss in that he’s got this real innocence and purity to him. With Mel, everything is on the surface, and you know exactly what he’s feeling at all times, even if he doesn’t want you to know he can’t help himself. He’s sincere and passionate, and it’s infectious.”