“Amy was the actress I was dreaming of for this part because I knew that the audience would believe in this movie if the actress believed in it—everything is happening through her eyes,” reveals the director.

“We meet this civilization, those beings coming out from outer space, through her eyes,” continues Villeneuve, explaining the importance of the main character. “I needed an actress that would be strong enough to make us believe that—someone with the vulnerability, sensitivity, strong intelligence and range to bring that onto screen. Her character at the end of the day is going through a very strange mourning process and there are a lot of different, subtle layers of that mourning process that I wanted expressed in the movie. I needed a strong actress. Amy fell in love with the screenplay and got on board right away, to my great surprise.” 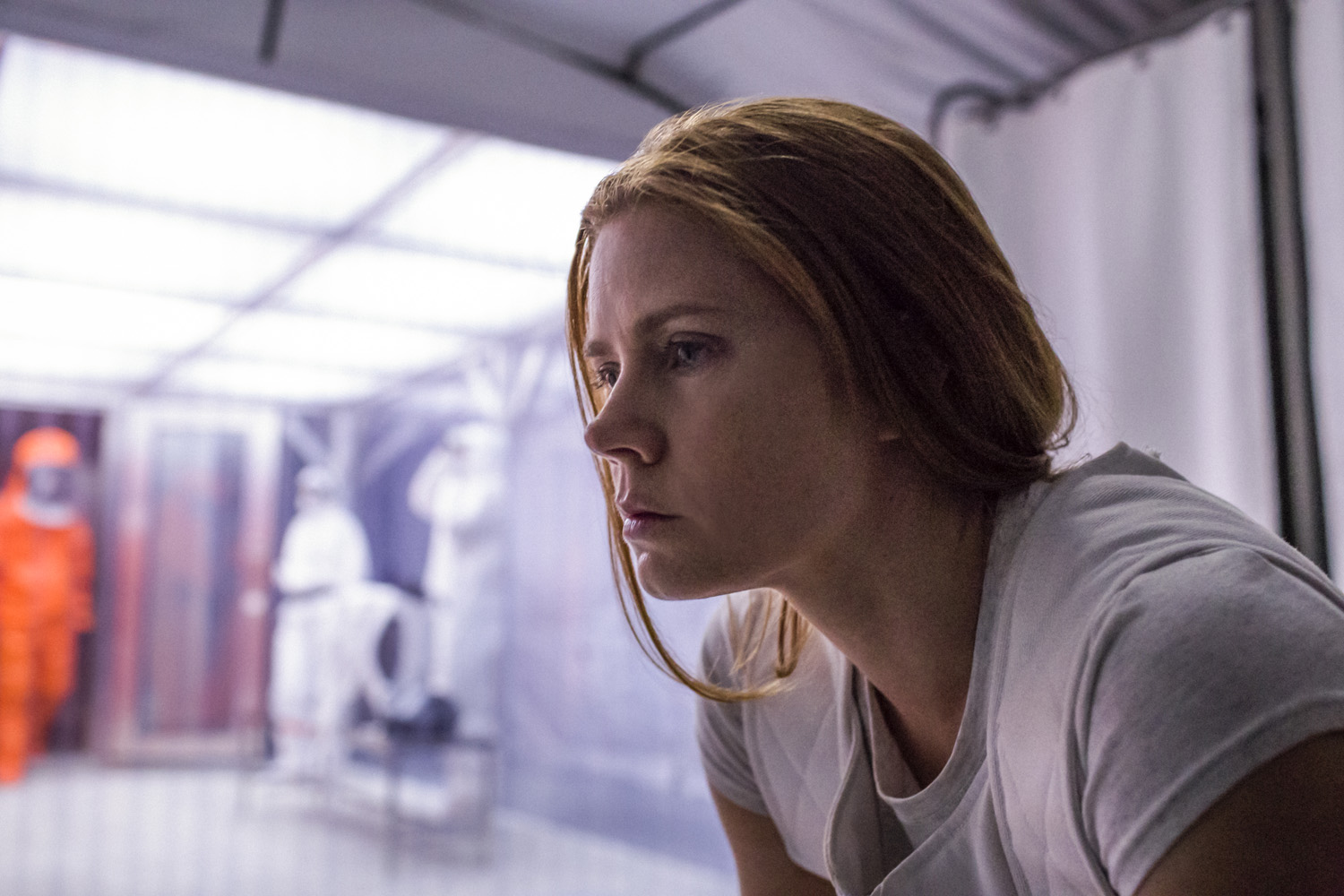 Adams wasn’t planning on taking on any new projects but she couldn’t refuse the part because she instantly fell in love with the story. “It was the heart of the story,” says the actor. “I didn’t know what I was going be doing next and it was at a time where I really wanted to take a break and just be a mom for a while. Then I read the script. It spoke to me really deeply in the core of who I am and I felt that I really had to do it.”

“Denis is another huge reason that I was attracted to this,” says Adams. “The way he saw it was how I read it, which isn’t always the case, so he really wanted to tell it as an intimate story of this woman, it just happens to be placed in this amazing sci-fi universe. I knew it would have a really deep heart—that was important to me—and yet be really visually interesting. He had such a wonderful way of describing to me what the aliens would look like and how the language would be expressed—he’s a very special director, a very special man.”

“We are introduced to Louise’s character through the story with her daughter,” says Villeneuve. “[Adams] brought a lot of humanity, profoundness and a beautiful vulnerability to her character, a melancholia that I was looking for. We see a woman who is going through a mourning process, having lost her daughter. You feel that she’s someone who has nothing to lose. It’s very beautiful to see, sad and at the same time beautiful. She has nothing to lose so she’s ready for this adventure.”
The loss of Hannah, Louise’s daughter, is central to understanding who Louise is and it’s a pivotal part of the story—in fact the story is told as if Louise is telling Hannah the story of her life. “Hannah is Louise’s daughter and she is very special to Louise,” explains Adams. “When the audience first meets Louise she is dealing with the loss of her daughter, so that’s what’s going on with her when the audience first meets her—dealing with the love and the loss, and what that is.” 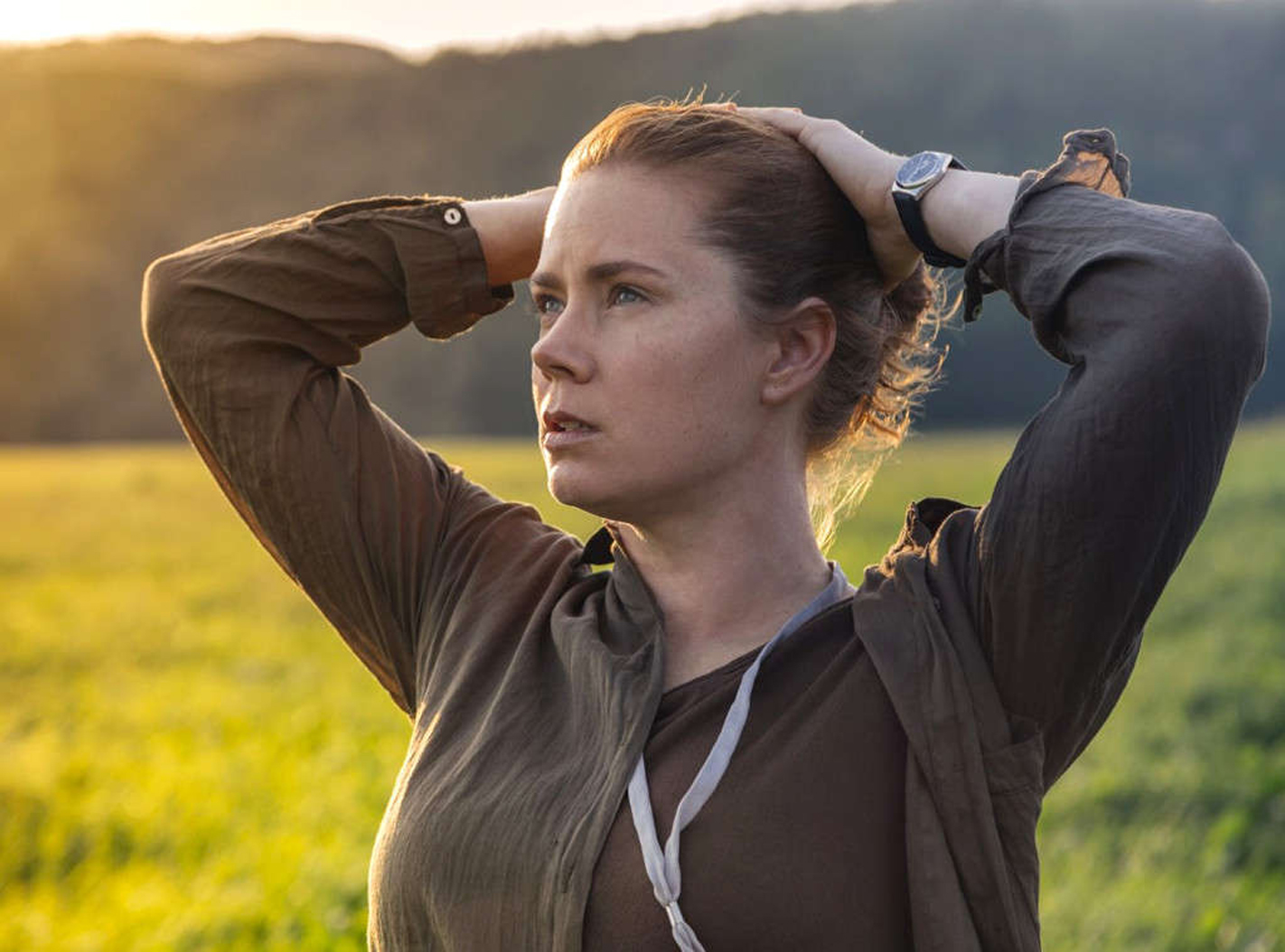 “She’s an intellectual, living in a university, that has nothing and is not equipped to be in contact with people coming from another planet,” explains Villeneuve. “She’s clueless but she goes there with a lot of courage. She’s a very courageous character, ready to put her own life in danger because she feels that there’s something more beautiful, more profound, that she can be in relationship with.”

Villeneuve thinks that there’s also another type of communication going on between Louise and the aliens. “She’s helped in a telepathic way by the aliens to try to be able to understand,” explains the director, “because she has been chosen. The linguists that go inside the ships are in relationships with the aliens, and the ones that are open, the aliens are influencing them and helping them to catch the first glimpse, the first key how to decode that language. There are patterns in the writing and, like with any language. They are trying to find those patterns and making a lot of mistakes.” Adams found that the experience gave her more insight into the world around her and changed the way she thinks about communication. She says she also learned from watching her own daughter. “I do think about language and how it informs society,” says Adams. “Watching my daughter and other kids—I’ve brought her to several different countries now for work—who cannot speak the same language but who end up communicating, figuring out what words they have in common naturally, you start to learn that communication and language are based on so much more than the words we speak. I started seeing it from that point of view and that was cool.”