The action-packed and breathtaking game-to-movie adaptation “Assassin’s Creed” starring Michael Fassbender follows dual characters Callum Lynch and Aguilar de Nehra in the modern day and 15th Century Spain respectively. In the 15th Century, Aguilar is joined by Maria, a more experienced Assassin than him, who is his most trusted ally. In the modern day, Cal finds himself at the Abstergo facility with a rag-tag bunch of fellow inmates who are all suffering from the effects of prolonged exposure to the Animus, and have their own ancestral Assassin legacies.

From the onset, director Justin Kurzel was adamant about filming as much of “Assassin’s Creed” as possible without relying on green screens and computer-generated imagery. 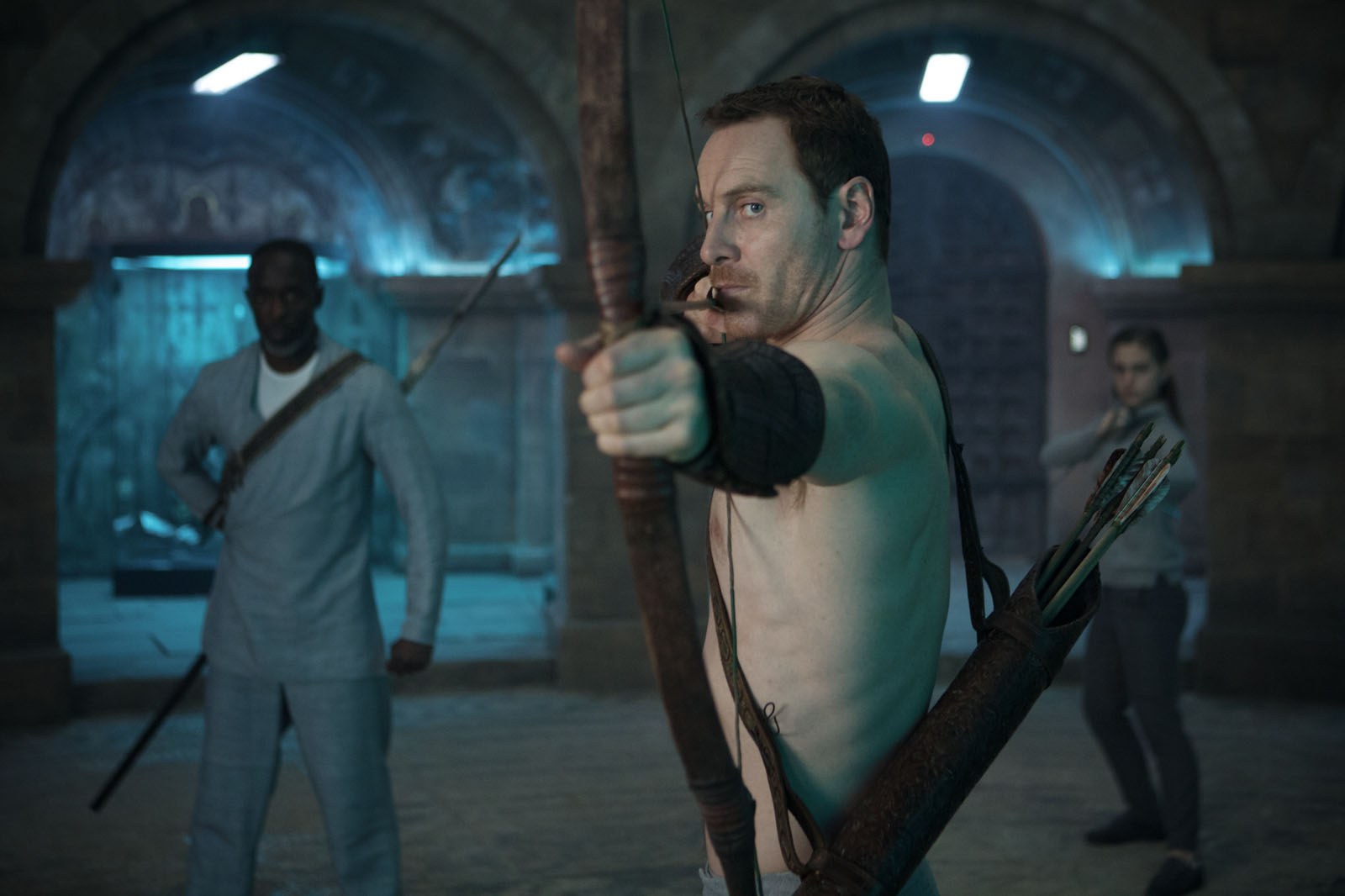 As one of the video gaming industry’s most popular and beloved franchises, “Assassin’s Creed” is famous for its heart-pounding action sequences. The series was among the first to prominently feature Parkour as a major gameplay element, with Assassins breathlessly vaulting over the rooftops of cities including Jerusalem, Florence, Paris and London.

“We’re shooting a lot with real people, in real locations, on top of real churches with real light,” Kurzel said. “We’re building a lot of the sets to make something that is real and cinematic.”

“There’s very little green screen in this, which is highly unusual in these films,” adds Fassbender. “We have stunt guys jumping across buildings in [Maltese capital] Valletta. We’ve got (stunt man Damian Walters) doing a 120-foot leap of faith, without any rope, into a bag, so it’s pretty incredible to see.”

For his big-screen adaptation, Kurzel sought to amplify that dizzying style with thundering carriage chases, elaborate sword fights, and close hand-to-hand combat. The director also realized the film had to prominently feature the Leap of Faith, a signature Assassin’s Creed move in which Assassins leap from the edge of buildings and plummet gracefully to the ground below, landing on their backs in water or bales of hay. “What happens if you do a real Leap of Faith?” Kurzel asked. “What would happen if you actually saw Assassins jump from building to building? The great thing about cinema is that you can bring that human element into it, where the audience responds and reacts to the idea that they are watching real human beings actually put the effort and danger in doing those things.” 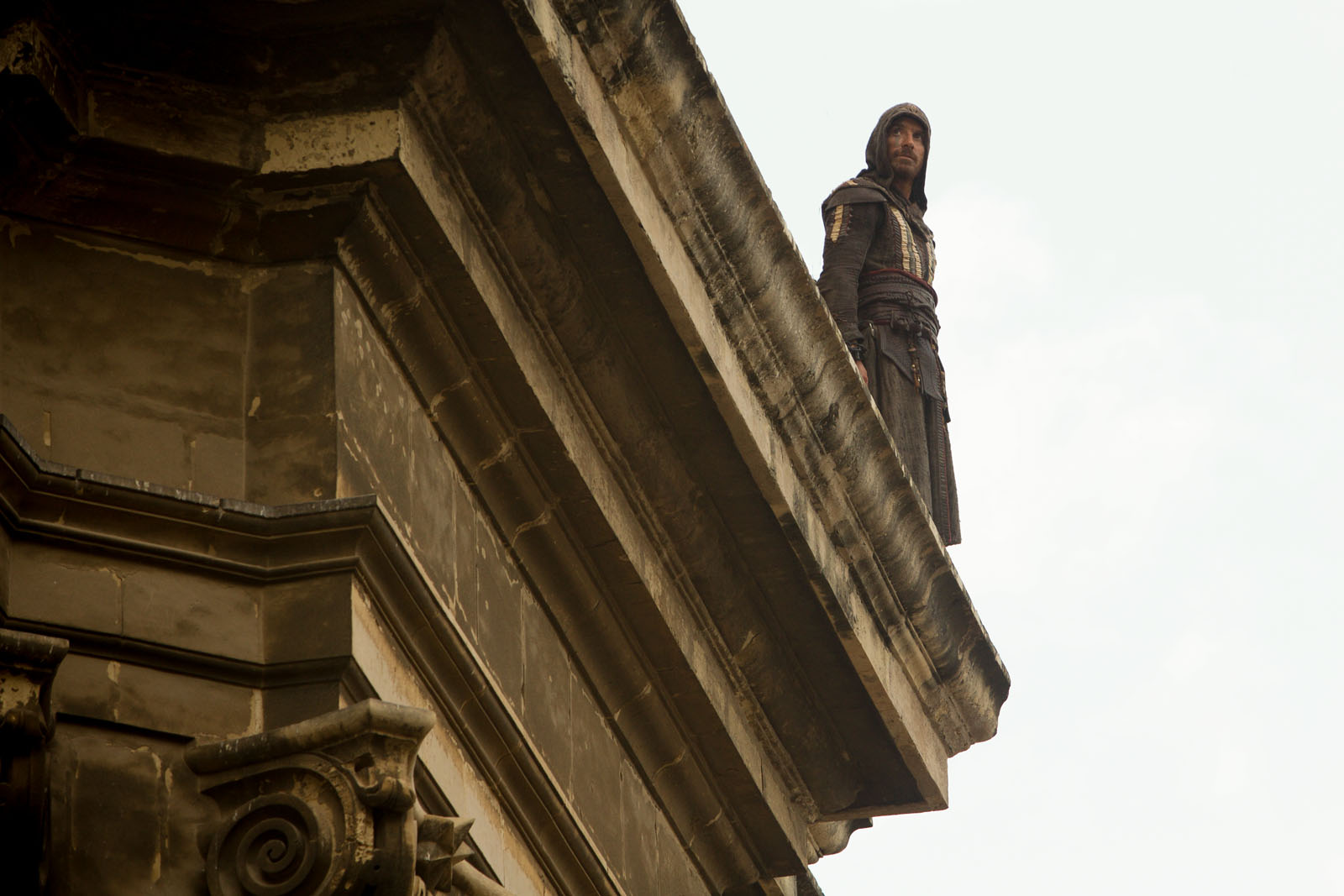 Kurzel and his team tapped some of the top Parkour talents to determine how to stage the action of Assassin’s Creed without relying on extensive CG trickery. The production then travelled to some of the most visually stunning corners of the globe in the hopes of capturing one-of-a-kind sequences that would offer viewers an immersive—and realistic—experience.

“I never wanted the film to feel like superheroes,” Kurzel says. “I wanted you to look at it and think, Wow, there are human beings doing that and they are doing it like Olympians, as opposed to filming on a parking lot with green screen. You can feel that artifice. That is probably why we went toward a more old-school approach, to make the whole film feel more human and more intimate.”

An Immersive And Unique Love Story Emerges In “Shape Of Water”