The principal cast of Universal Pictures and Legendary Pictures’ fantasy, action-adventure The Great Wall takes the spotlight in newly-released character posters for the film.

Getting the star treatment are Matt Damon, Pedro Pascal, Willem Dafoe, Andy Lau and Jing Tian. Check out the new one-sheets below and watch The Great Wall in Philippine cinemas on January 25, 2016.

In the film, Damon stars as William Garin, a battle-scarred mercenary and master archer taken captive by a secret army of elite warriors known as The Nameless Order. In a vast military outpost called the Fortress City, they fight to protect humanity from supernatural forces upon one of the greatest defensive structures ever built: The Great Wall.

On his journey, Garin is joined by Pedro Pascal (Netflix’s Narcos, HBO’s Game of Thrones) as his sword-wielding sidekick, Pero Tovar, a tough, wise-cracking Spaniard who has become a brother-in-arms to William; and two-time Oscar®-nominee Willem Dafoe (The Grand Budapest Hotel) as Ballard, a shadowy prisoner inside the fortress who plans his own escape from his longtime captors while hoping to pilfer their greatest weapon during his getaway.

Toplining the production’s esteemed, superstar Chinese cast are a widely celebrated Asian industry veteran and one of its rising new stars. The renowned Hong Kong actor Andy Lau (House of Flying Daggers) reunites with director Zhang as Strategist Wang, the sage alchemist inside the fortress…whose clever inventions help its inhabitants keep the monstrous forces at bay. 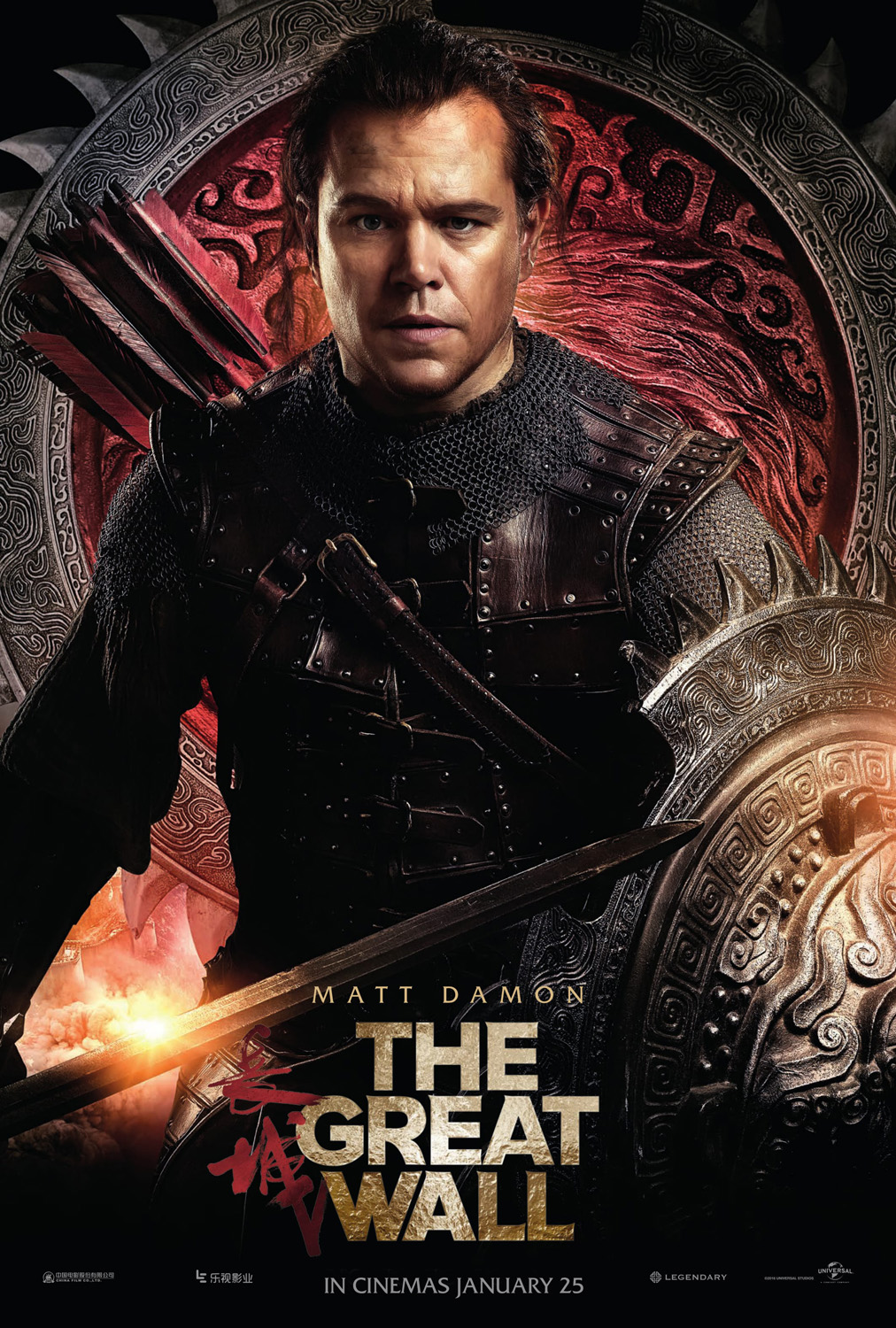 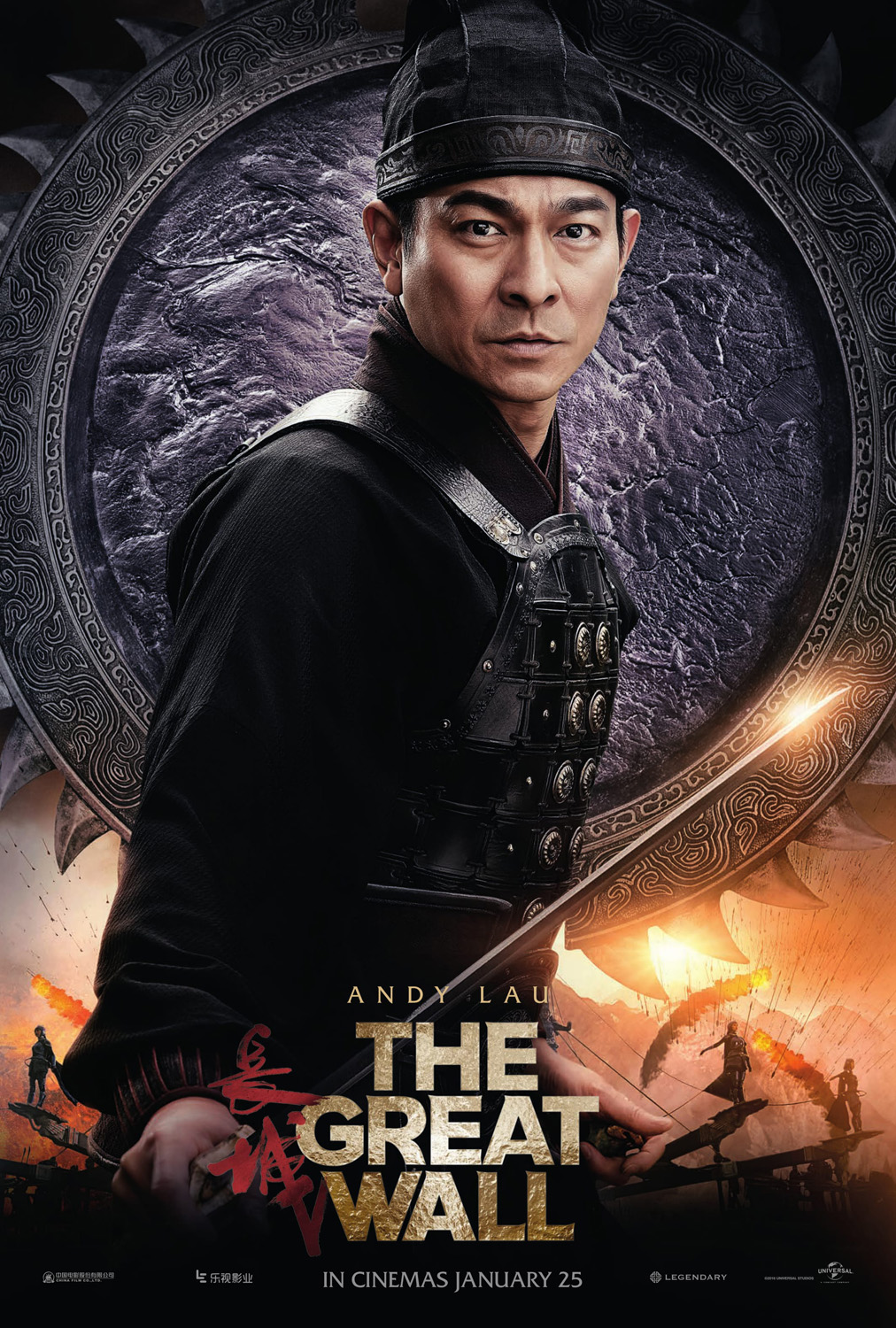 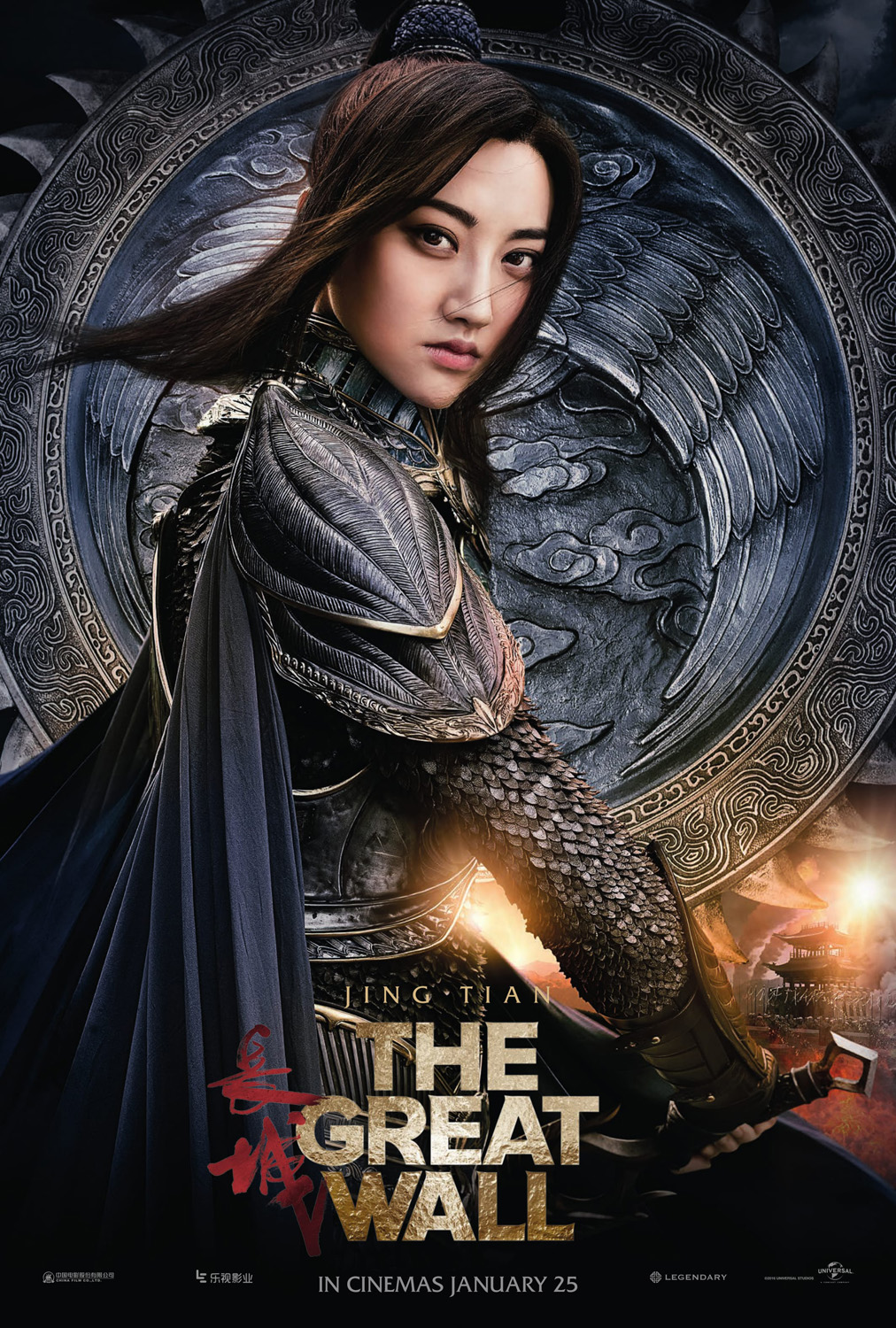 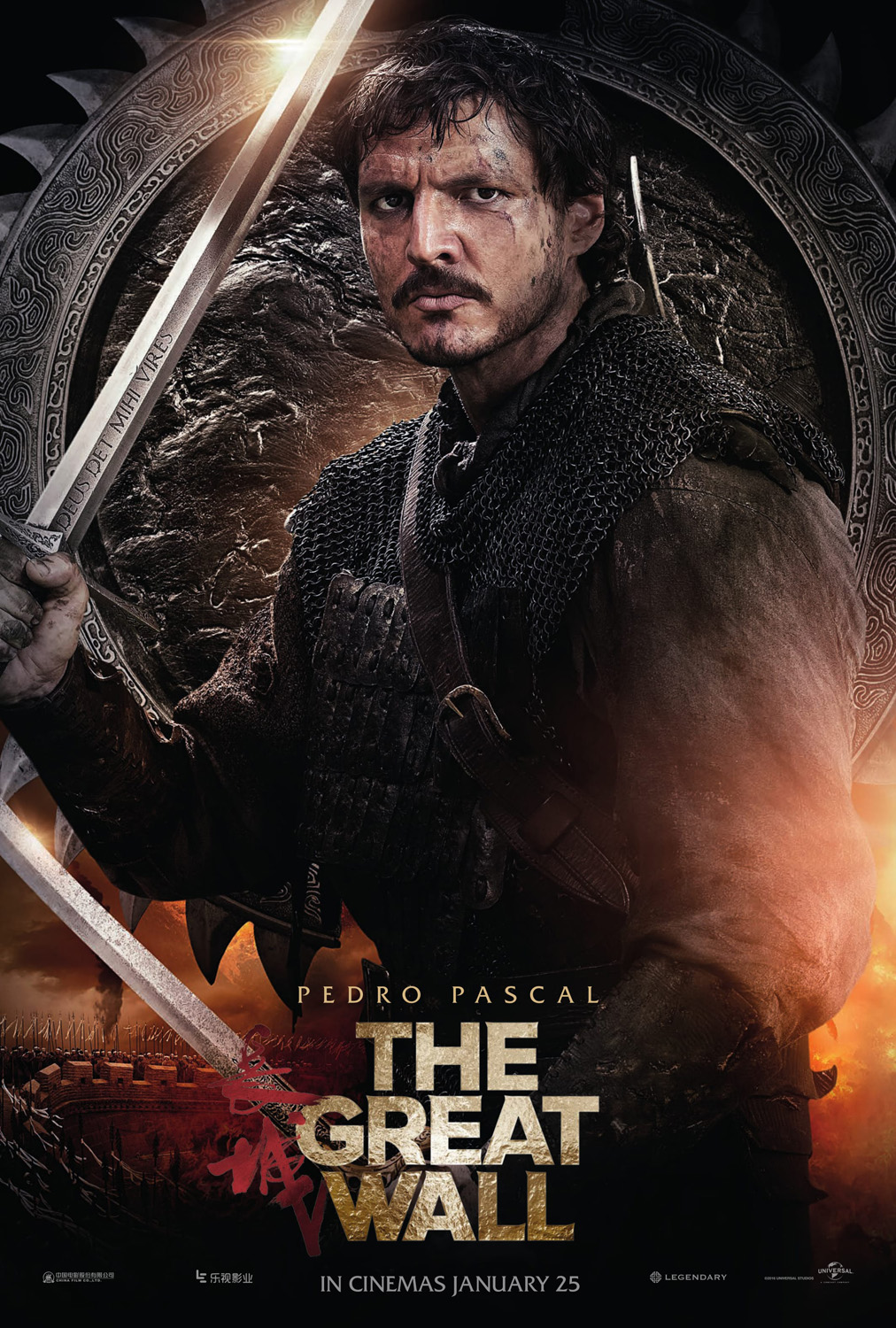 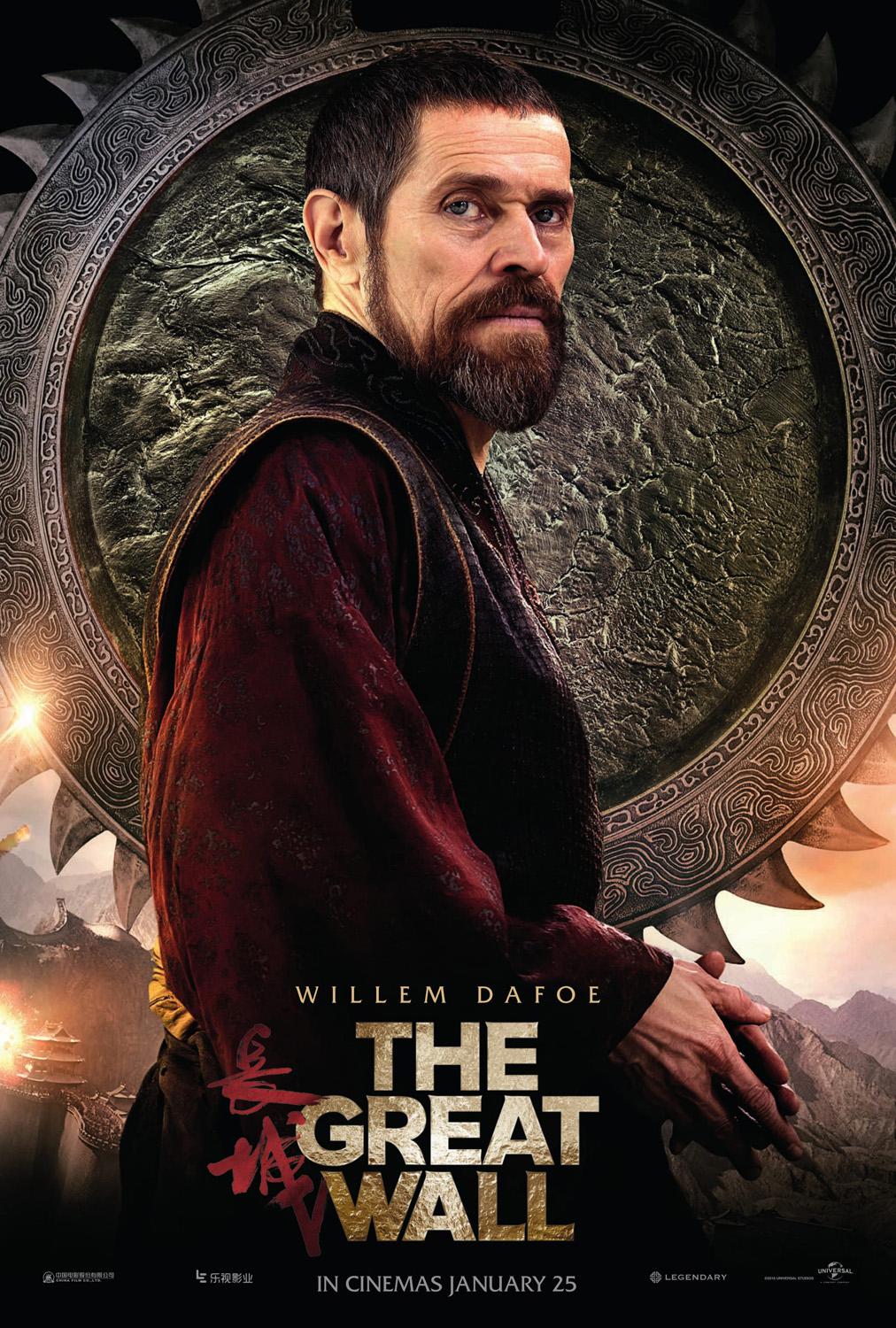 He is joined by breakout actress Jing Tian (Special ID, Police Story 2013, The Man from Macau) as Lin Mae, the fearless fighter and leader of the fortress’ balletic, gravity-defying aerial warriors, the all-female Crane Corps. In turn, she ultimately rises to command the outpost’s entire military faction, The Nameless Order, against the creature attacks.

The thrilling adventure comes from an original screenplay by the writing duo Carlo Bernard & Doug Miro (Prince of Persia, The Sorcerer’s Apprentice) and Tony Gilroy (Michael Clayton, The Bourne Legacy). It is based on a story by Max Brooks (World War Z) and Edward Zwick & Marshall Herskovitz (The Last Samurai).

The Great Wall is distributed by United International Pictures through Columbia Pictures.