The R-rated movie “Mike and Dave Need Wedding Dates,” where DeVine and Efron take on the titular roles, are warned by their family to smarten-up their hard-partying ways before their sister’s wedding in Hawaii, and to bring two respectable girls as dates. After posting an ad on Craigslist, they’re contacted by a cadre of prospective suitors, and they ultimately settle on Alice (Kendrick) and Tatiana (Plaza), whose interest in Adam and Dave extends to little more than the prospect of a free holiday on the islands. The film is based on a true story – though the real Mike and Dave sensibly decided not to bring dates from Craigslist in the end. The motion picture takes the intriguing idea of two brothers finding dates for a wedding and runs with it, adding unexpected layers of heart and two outrageous new lead characters. Mike and Dave have reassured their sister and parents that they’ve got the wedding wired. There will be no craziness, stunts, mischief, trampolines (don’t ask!) or fireworks. They’ve found the perfect dates to keep things under control.

“The dates, Tatiana and Alice, were fun to write because they’re balls-out,” says scribe Cohen. “They’re pretty intense, crazy, down-on-their-luck, tough chicks who decide they need a break and, after hearing about Mike and Dave’s ad, they transform themselves into nice, sweet, respectable-looking women. But as soon as they arrive in Hawaii, they go into extreme party-mode and start ruining things.”

Mike and Dave certainly know how to rock a room, but they’re small-timers compared to their dates. As background to Alice and Tatiana, Szymanski observes that they “have a history of misadventures that have taken them around the world. They can travel around the globe with only a couple of backpacks, and have stories to tell for ages.” 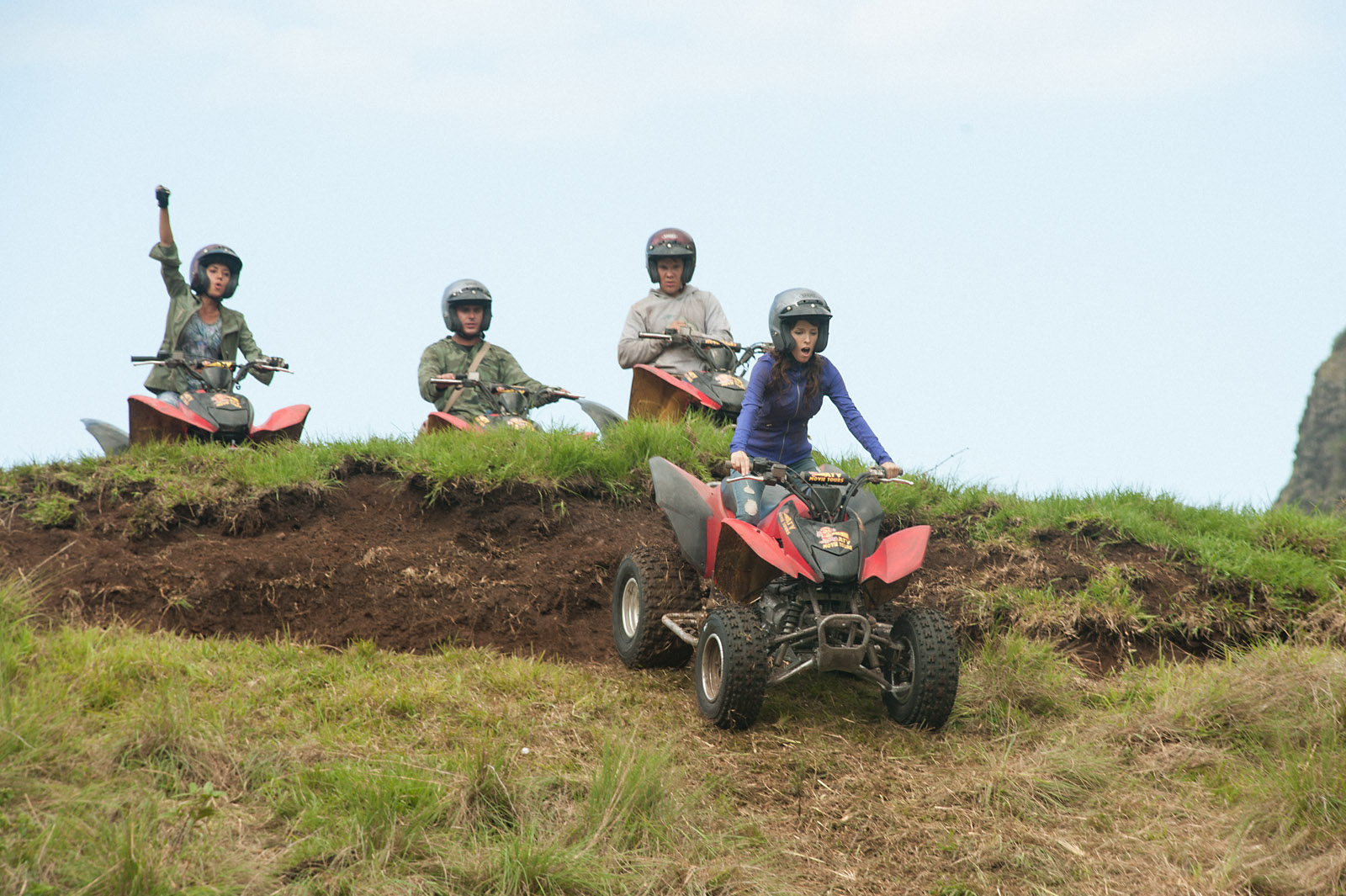 When we meet Alice, she is heartbroken, having been left at the altar. “So a wedding is about the last place she should be,” says Anna Kendrick, “and her downward spiral continues.” Alice’s coping mechanism: alcohol. At her core, Alice is somewhat innocent. “It’s nice play such a naïve character,” adds Kendrick. “And Zac’s character, Dave, is just as innocent. A surprising kind of gentle comedy comes out of that double-naivety.”

Aubrey Plaza describes Alice’s cohort Tatiana as a founding member of the Bad Girls Club. She’s a tough bitch from Philadelphia who doesn’t take s*** from anyone. Tatiana likes to party and go on adventures. She is the Alpha in any group.” Underneath that tough exterior, though, are some soft and chewy feelings about her pal Alice. “Tatiana wants to help her best friend get her groove back after she’s gone through a really bad breakup,” offers Plaza. “Mike and Dave’s ad for dates to their sister’s destination wedding is a chance for a free vacay, to party endlessly and get that groove back.”

As for the brothers, whatever their differences, Mike and Dave are tight. “They have a symbiotic relationship,” says Efron. “They can’t exist without one another. They’re as much best friends as they are brothers.” “Mike and Dave Need Wedding Dates” opens September 14 in cinemas from 20th Century Fox to be distributed by Warner Bros.