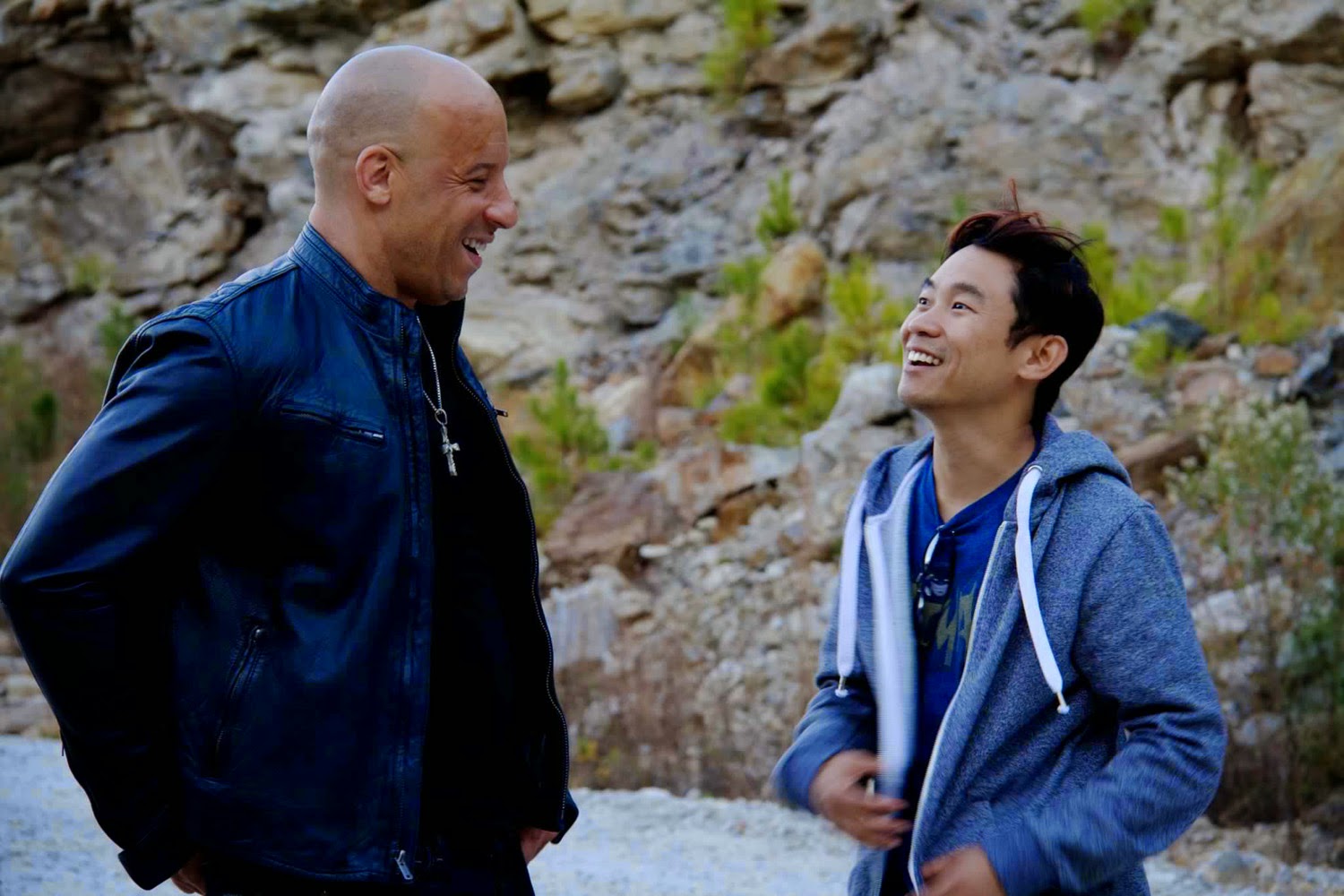 As “Fast & Furious 6” concluded and director Justin Lin wrapped his four-film-long run with the franchise, producers Neal H. Moritz and Vin Diesel and screenwriter Chris Morgan began the search for somebody to take the position behind the camera. They needed a filmmaker who could step in and oversee the multiple moving parts of an established, big-budget, fan-driven franchise while furthering the key story, character and action beats that have resonated with fans for more than a decade.

Australian director James Wan, who had reinvigorated the suspense genre with such blockbuster hits as “Saw,” “The Conjuring” and “Insidious,” would sign on to take over the reins for the next chapter. Known for character-driven, innovative and commercial fare that features dramatic tension in highly visual work, Wan knew he was ready to helm the latest entry of a series synonymous with inventive mythology and over-the-top action.

Wan was keen to place his imprint in the genre on such a high-profile film as “Fast & Furious 7.” “I’m a fan of the Fast & Furious franchise, first and foremost, but it was exciting for me to break out of the genre that I’m generally known for and tackle such a big and beloved series,” Wan says. “A big part of my goal for `Fast & Furious 7′ was to push myself to the limit and bring something a bit different to the table. The idea of playing in a playground as big and established as this one is fascinating.”

Considering “Fast Five’s” postscript shocker that revealed Letty Ortiz was still alive, fans impatiently waited for another epilogue in “Fast & Furious 6” that would propel the saga in a surprising new direction. The filmmakers did not let them down. The revelatory coda that followed the last movie not only set the next sequence of events in motion, but it satisfied the franchise’s most frequently asked question regarding the timeline of how “The Fast & the Furious: Tokyo Drift” and Sung Kang’s laconically cool Han, who was first introduced in that film, fit into the franchise’s timeline and serialized narrative. 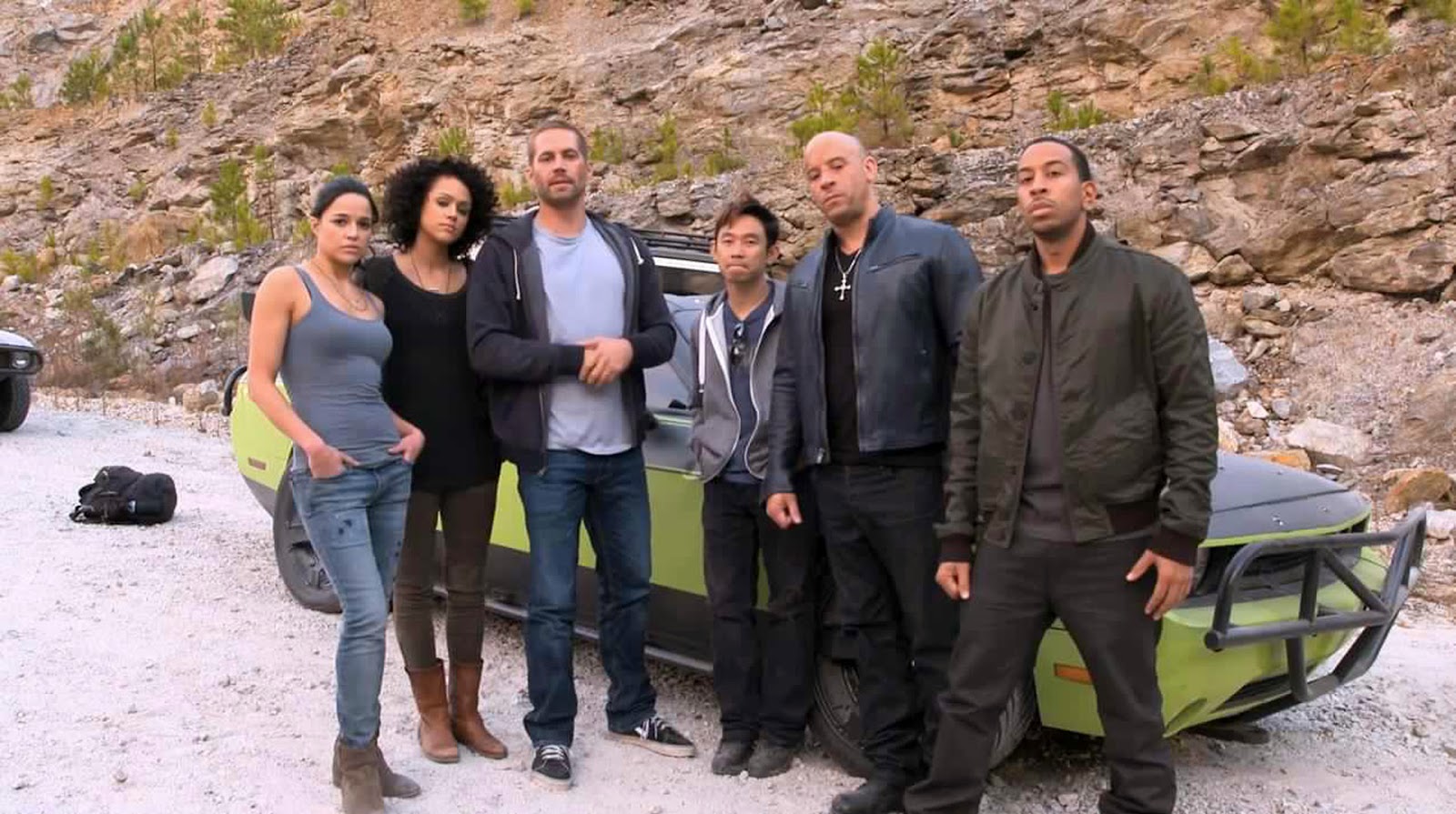 As the producers have long intimated, the multifilm arc did absolutely include “Tokyo Drift” and was extended by the brotherhood between Dominic Toretto (Diesel) and Han. The third movie would eventually and strategically nest into the larger, Fast & Furious mythology. It was all part of a master plan.

The reveal of the heretofore unknown driver, portrayed by a methodically serene Jason Statham, who rammed Han’s car with his Mercedes, is the hallmark of the franchise’s clever mining of past character and plot elements to spark riveting new storylines. It’s a testament to what has sustained the Fast saga for well over a decade, keeping audiences thoroughly entertained and engaged with story points and action that keep them coming back.

Diesel is respectful of moviegoers who’ve placed their trust in the core team who has shepherded all seven of the films. He says: “The fact that the audience has allowed us to jump around in the chronology of Fast, and has been willing to take that ride and stay with us, is a feat in itself. One of the cool things about the way we’ve orchestrated the Fast & Furious saga for the last 10 years is that nothing is accidental. Everything comes together in `Fast & Furious 7.’ Questions are answered, and new thoughts are proposed. If it lives in the saga, it’s a seed for something new and will be revisited.”

Riveting storylines with much-loved characters are not the only draw for Fast & Furious audiences. Deeply interactive cast and film engagement on social media platforms has allowed die-hard fans unheard-of access to talent and exclusive material that has fostered a years-long dialogue and symbiotic relationship. Courtesy of the interactive, immersive nature of social media, it’s one that has grown exponentially larger with each successive release. There’s an ownership unique to Fast audiences, who are often looked to as barometers of tone and story, as well as tastemakers of locations and cars.

Diesel, a close monitor of the series’ online presence, has harnessed that feedback, most notably by taking heed of the online outcry over Letty’s death in Fast & Furious—polling fans on who they would like to see (re)join the series and rewarding them with firsthand information about the films in real time.
The actor/producer would prove to be a much valued Fast partner to Wan, who appreciated the camaraderie and fellowship offered by Diesel. The director shares: “Vin was a vital partner for me with this film. Having his support made a huge difference with my coming onboard as the director. Very early on, we talked about the characters and the overall franchise—where it’s been and where it could go in the future. That early friendship between us helped the making of `Fast & Furious 7′ be so much more productive. Obviously, he knows what to do with the character of Dom, but he was very open to my directing and guiding him. I was and am very grateful for that.”

“Fast & Furious 7” is now showing at local cinemas and is distributed by United International Pictures through Columbia Pictures.