Liam Neeson, widely known for his role as Bryan Mills in the worldwide blockbuster “Taken” film franchise, will once again surprise the audience with his newfound skills in his latest film “A Monster Calls.”

Based on the award-winning novel of the same title by Patrick Ness, “A Monster Calls” is directed by highly celebrated director J.A. Bayona wherein Neeson stars in the titular role. As the monster, Neeson’s character is seen by 12-year-old Conor O’Malley (Lewis MacDougall) who escapes into a fantastical world of monsters and fairy tales. Dealing with his mother’s (Felicity Jones) illness has necessitated Conor’s spending time with his less-than-sympathetic grandmother (Sigourney Weaver). His daily existence at his U.K. school is one of academic disinterest and bullying by classmates. As Conor’s father (Toby Kebbell) has resettled thousands of miles away in the U.S., the boy yearns for guidance. 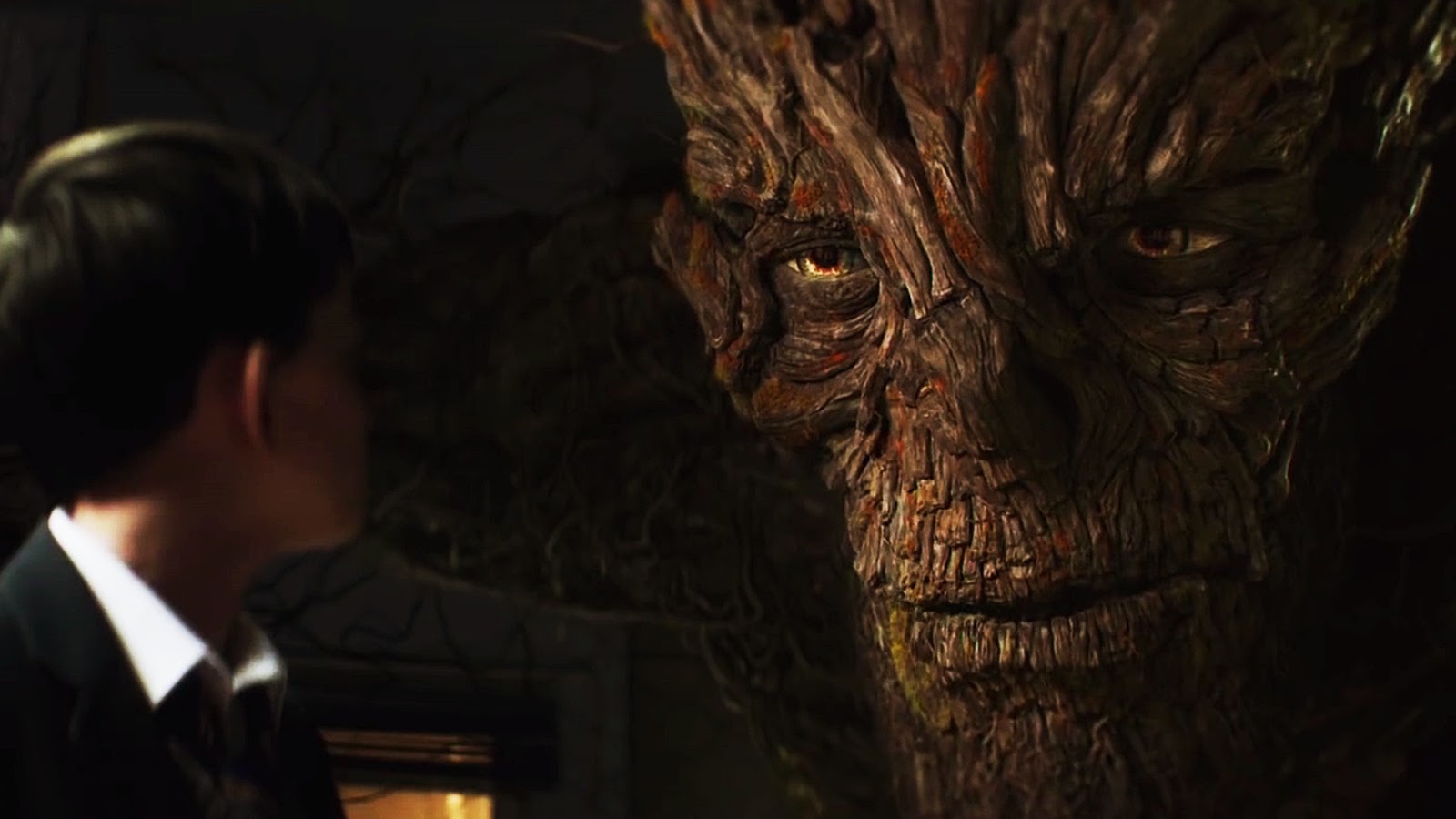 Connor unexpectedly summons a most unlikely ally, who bursts forth with terrifying grandeur from an ancient towering yew tree and the powerful earth below it: a 40-foot-high colossus of a creature. Portrayed in performance-capture and voiceover by Neeson, the monster appears at Conor’s bedroom window at the strike of 12:07 one night – and at the same time on nights thereafter. The Monster has stories to tell, and he insists that Conor hear them and powerfully visualize them. Conor’s fear gives way to feistiness and then to looking within; for, The Monster demands that once the tales are told it will be time for Conor to tell his own story in return. Ancient, wild, and relentless, the Monster guides Conor on a journey of courage, faith, and truth.

As an actor utterly distinct in personality, voice, and stature, Liam Neeson was everyone’s first choice to portray the Monster, in both voiceover and performance-capture. The Academy Award-nominated actor was drawn to the story immediately, seeing it as “a fable about the complexity of our emotions, and navigating that complexity as we grow up.” 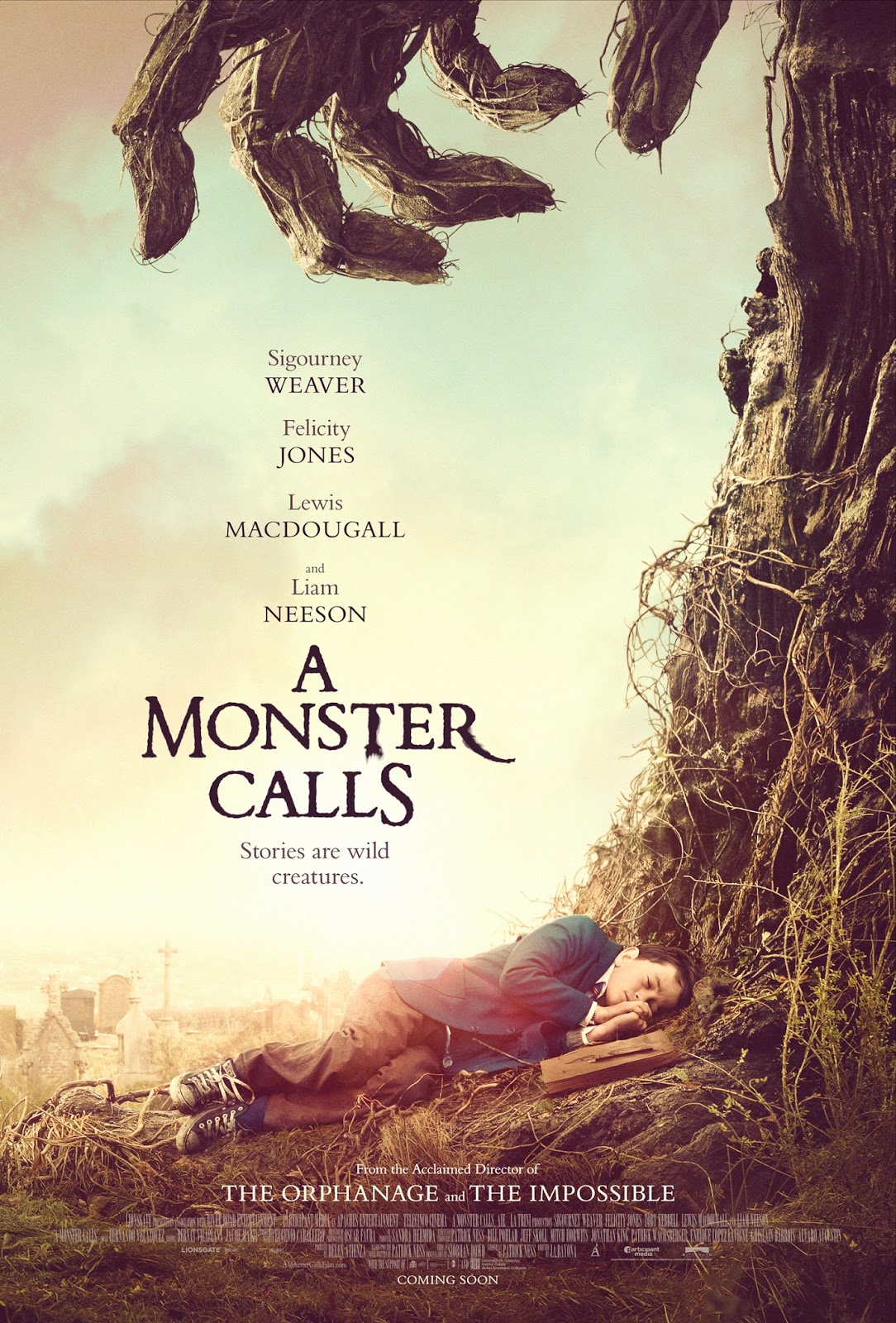 “Bayona is a real cinema talent,” states Liam Neeson. “Occasionally you get to work with directors who are steeped in the love of what they do, and Bayona is one of those. He eats, sleeps, and drinks movies. He’s a walking film encyclopedia. He’s a bit like Martin Scorsese in that way. He’s also very sensitive. He takes care of, guides, and nurtures his actors and that’s what I always hope a director will do. He allows you to experiment, so you both can get at the truth of what a scene is – and he will try for as long as it takes. I love working with a director like that.”

As part of Bayona’s approach, Neeson worked alongside Lewis MacDougall so that both actors could share ownership of their scenes together. Neeson reflects, “I’ve worked with children who’ve been swamped by the industry, and they’ve lost a kind of childlike innocence. Lewis has all that intact. He’s still a real kid – but also a powerful young actor.”

“A Monster Calls” is a visually spectacular and stunning adventure that will open in cinemas on November 2 from Pioneer Films.