In the film, storks deliver babies…or at least they used to. Now they deliver packages for global internet retail giant Cornerstore.com. Junior (Samberg), the company’s top delivery stork, is about to be promoted when the Baby Factory is accidentally activated on his watch, producing an adorable – and wholly unauthorized – baby girl.

Desperate to deliver this bundle of trouble before the boss gets wise, Junior and his friend Tulip (Crown), the only human on Stork Mountain, race to make their first-ever baby drop, in a wild and revealing journey that could make more than one family whole and restore the storks’ true mission in the world. 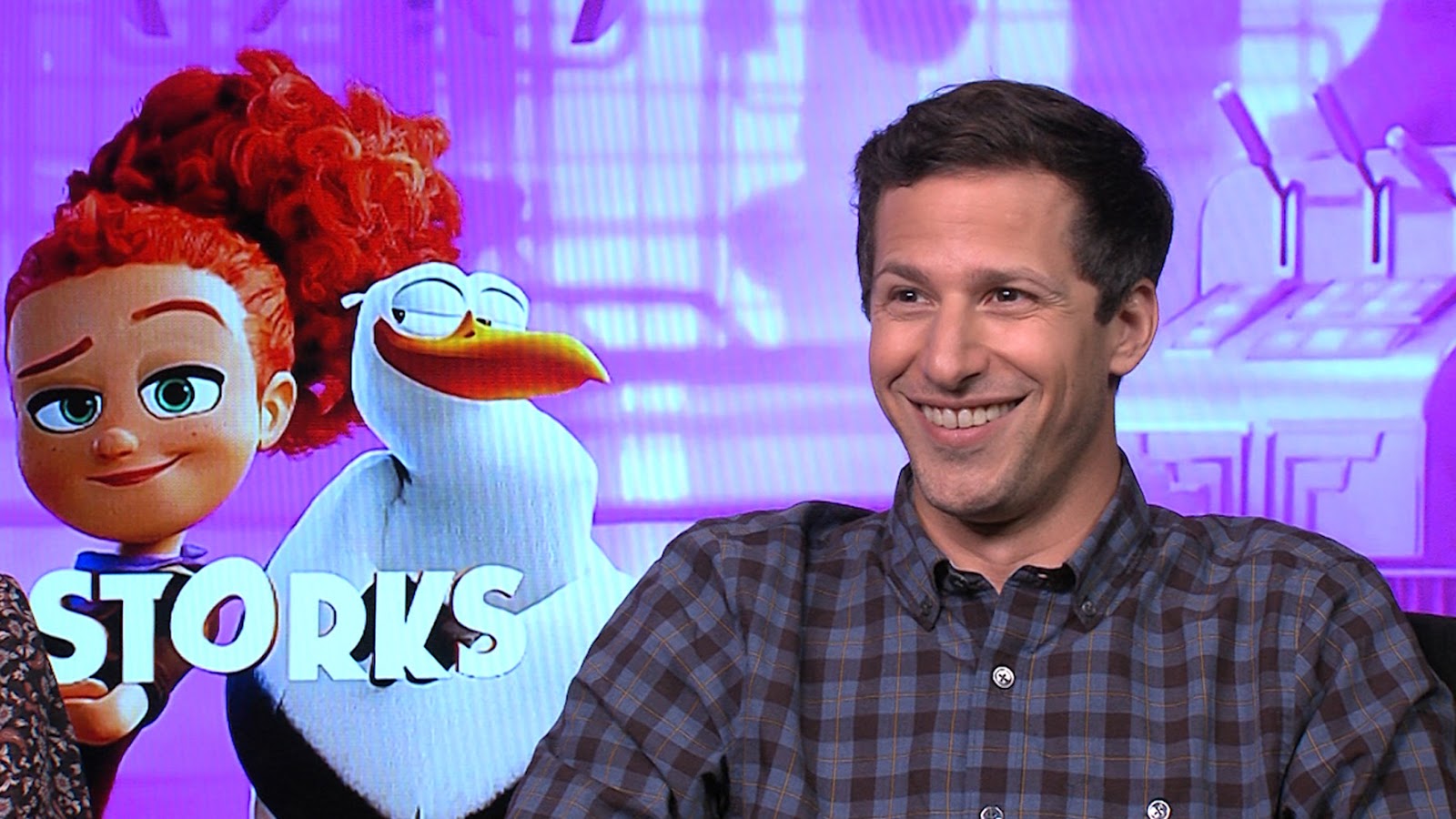 As the movie opens, there is no creature more happily in control of his life and his future than Junior. The number one, most delivering-est stork in the company fleet, “Junior likes to cite the corporate motto a lot, ‘Always deliver,’” notes Andy Samberg. “He’s an over-achiever. He’s got his eyes on the prize. He wants nothing more than to move up the chain of command and he’s very, very confident about that, and the fact that he’s going places.”

If it sounds a tad obnoxious, it’s not. Because Junior isn’t a one-note. There’s a lot more to this bird than even he realizes, qualities that only ensuing events will bring to the fore, and a good indication of that is the undeniable charm the filmmakers granted him. “Junior is absolutely full of himself and yet somehow still likeable, which is a tough balance and Andy did a great job of pulling that off,” director Doug Sweetland remarks. 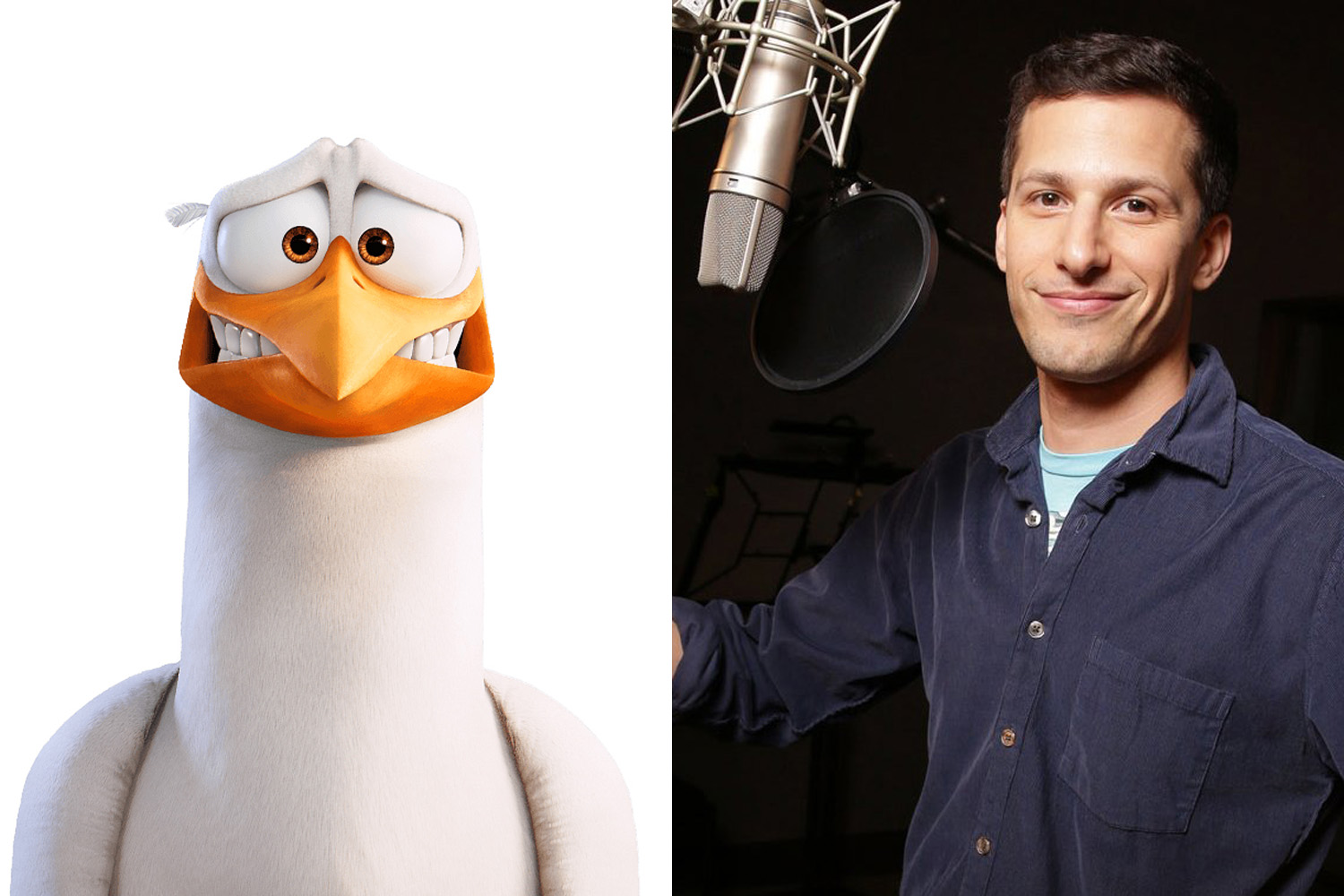 Having successfully completed his one-millionth parcel drop, Junior is about to get everything he ever wanted: the big promotion, the corner office, and all the perks. Come Monday, he will be the new Boss. Master of his domain. However, there’s just one little condition…first, he must fire the orphan Tulip.

Orphan Tulip is how she’s generally known, though she much prefers just plain Tulip. The orphan part hurts her heart because it reminds her of why she’s the only human living on Stork Mountain. “Having grown up as a girl in a world built for birds, she doesn’t know anything different. But through the course of the movie she’s still hoping to find her family,” says Stoller, echoing the film’s main theme.

“If Junior is the guy who is completely focused on advancing his career and not getting tied up in unnecessary attachments, Tulip is the opposite point of view. She’s all about connecting with others,” notes Sweetland. 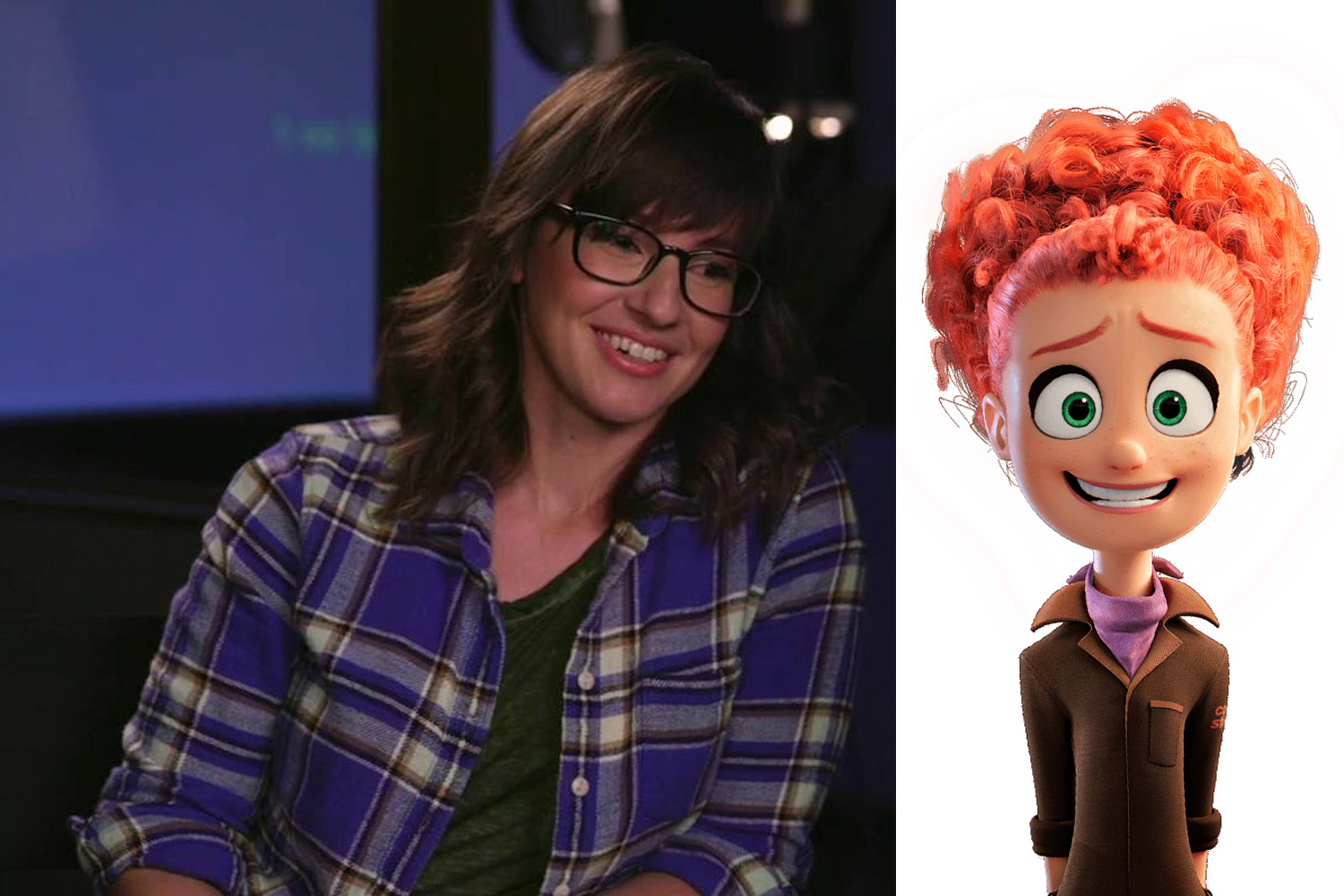 Katie Crown describes her energetic, flame-haired character as “an outsider who wants more than anything to fit in and be part of the team. She’s an inventor, and mostly invents flying machines because she can’t fly. They’re not always the best machines, but it’s great that she tries and that’s what I like most about her. She might be kind of goofy and not always do things right, but she has integrity, she’s always positive and she really means well.”

The pairing of Samberg’s Junior and Crown’s Tulip is a most vital one. Their evolving odd-couple relationship is the story’s through-line, kicking off with a comically charged banter that, Lewis notes “is part of the fun of their journey together. They have to get on each other’s nerves, but in a loveable way.”

Crown admits, “At first he can’t stand her. They couldn’t be further from friends, even though Tulip might welcome it. Junior doesn’t want any part of it. He thinks she’s dumb and annoying and won’t stop talking. But as they go through some dramatic experiences together he realizes maybe she’s not so dumb. She just has a different way of going about life.”

Most interestingly, Tulip has a way of asking the tough questions that can get into the mind of a guy like Junior, who thinks he’s got it all figured out.

As Stoller sees it, “Junior never questions what he’s doing. He’s always focused on reaching the next rung on the corporate ladder and one day becoming the boss. So when Tulip asks him, point blank, why he wants to be the boss, he literally has no answer.” And the longer they travel together, the more Tulip’s pointed questions cause him to delve a little deeper than he’s used to going. “We get to watch him unravel, which is fun.”

Opening across the Philippines on Thursday, Sept. 22, “Storks” is distributed by Warner Bros. Pictures, a Warner Bros. Entertainment Company.

Watch The Magic Unfold When Fantastic Beasts And Where To Find...