Based on true accounts of those who have survived during the waning days of World War II, the thrilling and inspiring “USS Indianapolis: Men of Courage” tells of the Navy warship USS Indianapolis that secretly delivered one of two atomic bombs that would eventually end the war.

“USS Indianapolis: Men of Courage,” stars Nicolas Cage, Tom Sizemore, Thomas Jane, Matt Lanter, Brian Presley and Cody Walker and directed by Mario Van Peebles. When the Japanese learned of the USS Indianapolis within reach, they attacked and sank the heavy cruiser. The USS Indianapolis’ mission was so classified it was not reported missing, and no one knew the ship had been attacked until four days later. Stranded in the shark-infested waters of the Philippine Sea, the remaining survivors of the USS Indianapolis endured hunger, thirst, heat, delirium, relentless shark attacks and the death of many shipmates. Of the 1,197 crewmembers, nearly 300 went down with the ship. Five days later only 317 men survived and were eventually rescued. 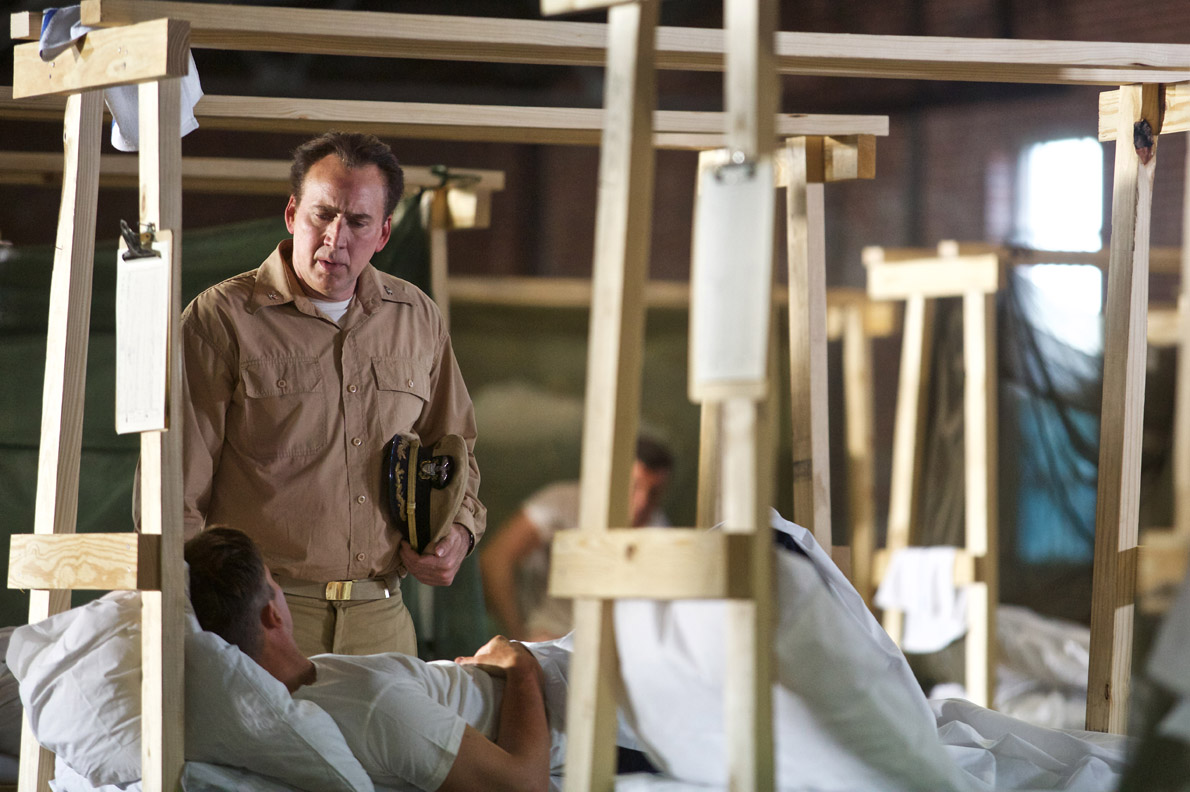 Long before the cameras rolled, Richard Rionda Del Castro and Cam Cannon of Hannibal Classics decided to write the script for “USS Indianapolis: Men of Courage.” They wanted to tell the real story of what happened to the ship’s crewmembers just after midnight on that fateful day, 30 July 1945. “I produced this film to pay homage to the final crew of the USS Indianapolis, to acknowledge and honor them, along with their families,” says Rionda Del Castro. “To make sure new generations, worldwide, would learn of their harrowing and heroic saga, forever.”

They did exhaustive research, with survivors, the US Navy, court documents and historical papers. In their research, they discovered the Second Watch organization formed by the family members, friends and supporters of the men of the USS Indianapolis. Their mission statement reads, Although the USS Indianapolis (CA35) died at sea, the memory of her crew lives. Through the efforts of the USS Indianapolis (CA35) Second Watch, the memory of the Indianapolis will be preserved; her history, story, feeling and experiences shared. The Second Watch became an instrumental part of the project, providing historical facts, records and photos from survivors and their families. Most importantly, they provided a connection to survivors still living. 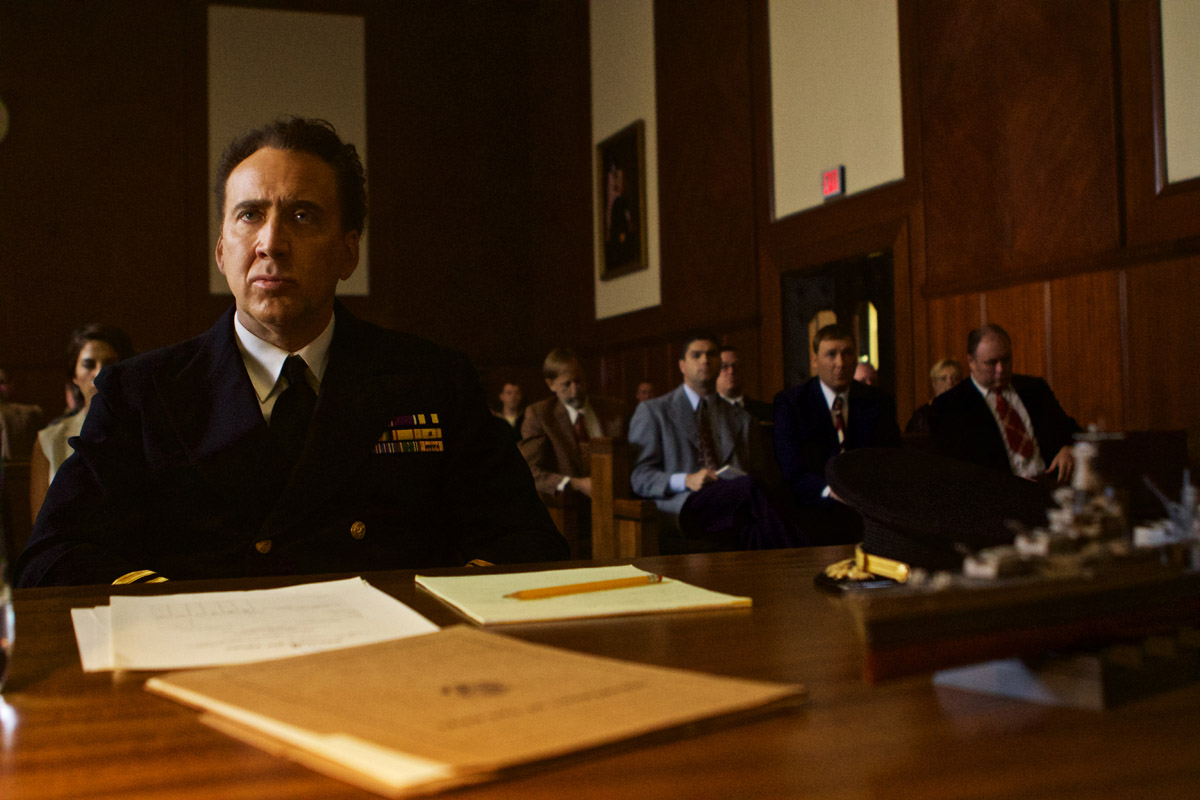 Five years and 200 drafts later, Hannibal’s script was ready. The search for the right director began. Mario Van Peebles, who had worked with Hannibal previously, expressed tremendous interest in the film, Van Peebles knew he had to tell the crewmen’s story, and lobbied hard to direct the film. For the part of Captain Charles Butler McVay, both Hannibal and Van Peebles agreed Nicholas Cage would be perfect. According to Van Peebles “Cage has a sense of command, a wicked sense of humor, is super professional, and is on the ball.”

“One of my dreams, my first love, has always been the ocean,” says Cage. “I have always dreamed of doing a film on the ocean. I had to get on the water, and Richard said ‘it just so happens I have a script.” Cage agreed to be the films’ anchor. Cage further shares, “My impression on meeting these survivors, was that they were, they are, remarkably strong willful people. The fact they are still with us . . . We wanted to honor them. They are true heroes.” 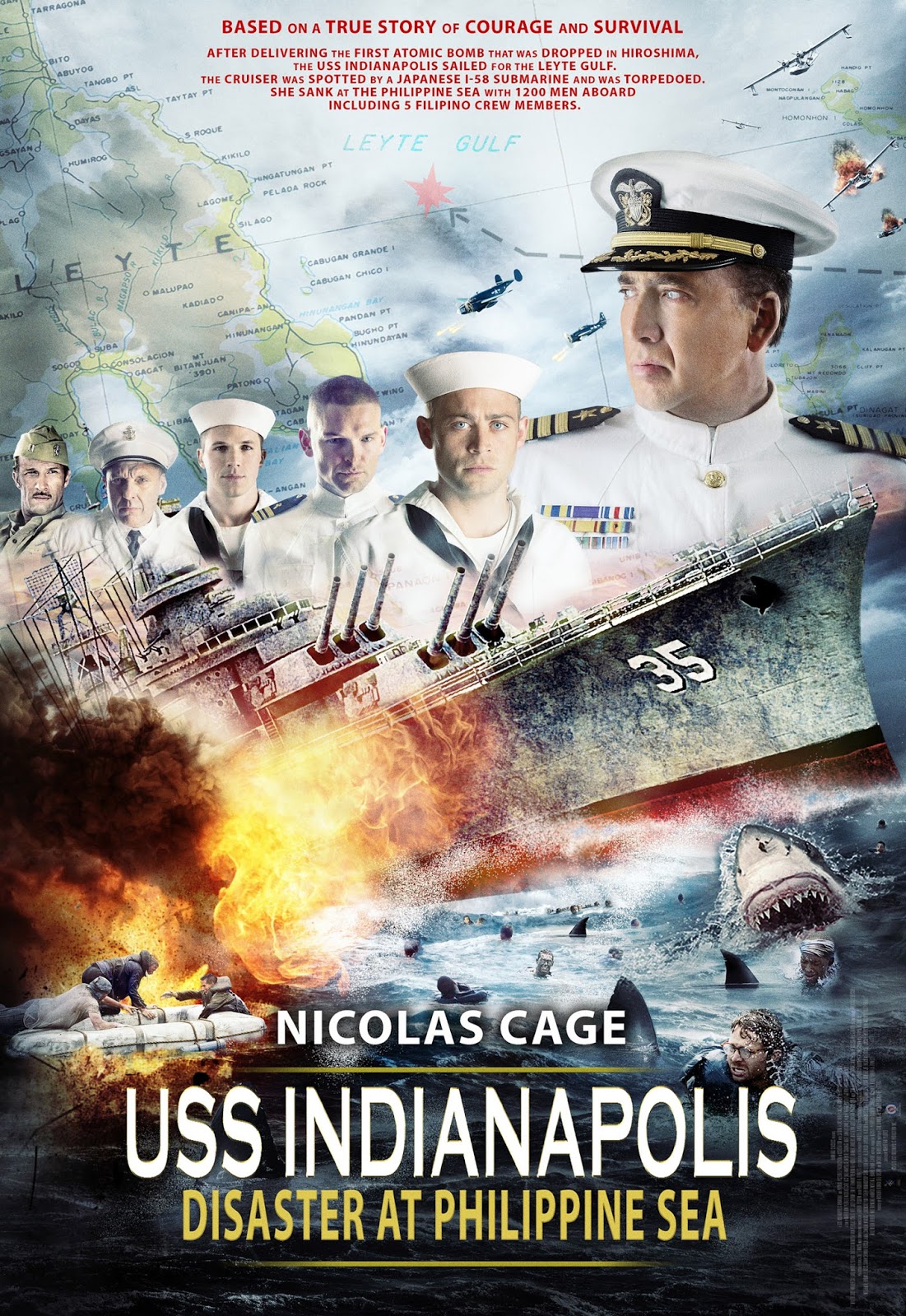