Talented stunner of an actress, Alexandra Daddario who is known for her notable roles in the blockbuster movies “Percy Jackson” and “San Andreas,” stars in the upcoming spunky movie, “Burying The Ex” opposite Ashley Greene (“Twilight” series) and Anton Yelchin (“Star Trek”).

Directed by visionary filmmaker Joe Dante, known for his works in “Gremlins,” “Innerspace” and “Looney Tunes: Back In Action,” his latest film “Burying the Ex” seamlessly merges classic horror with screwball comedy and a poignant romance that radically injects a unique spin on the zombie genre.

Max (Yelchin) is head-over-heels in love with his girlfriend Evelyn (Greene), a beautiful and headstrong environmentalist who’s just as crazy about him. Their relationship takes a nosedive, however, when Evelyn moves in with Max and turns out to be not only controlling, but also insanely jealous. Max decides it’s time to call it quits, but just as he’s about to break up with Evelyn, she’s struck by a bus and killed. 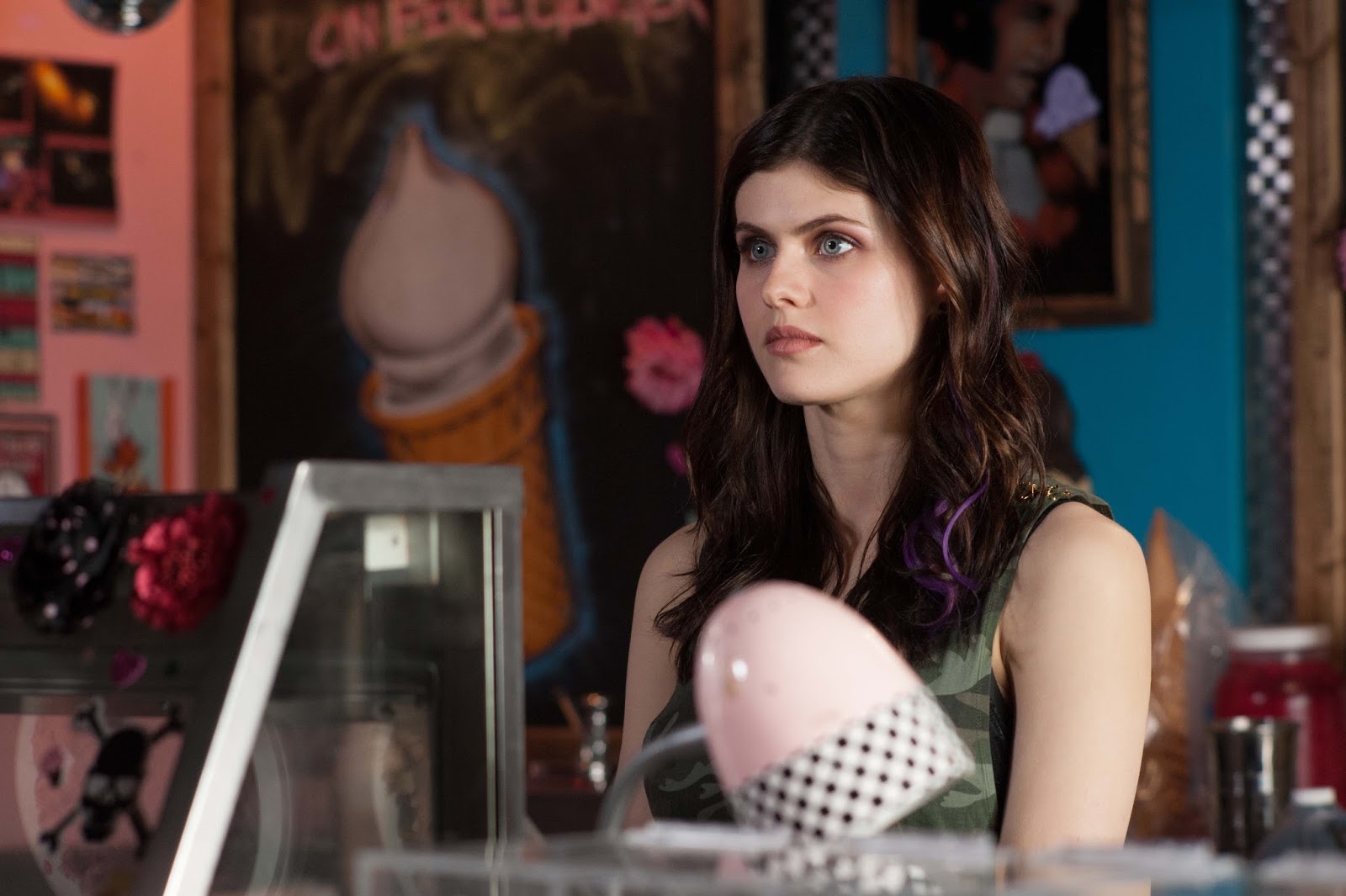 Max mourns Evelyn’s passing and eventually learns to move on with his life with some guidance from his ne’er-do-well womanizing half-brother Travis (Oliver Cooper). One night, while attending a zombie movie double feature, Max meets Olivia (Daddario), a cute and spunky hipster who shares Max’s passion for all things classic horror. The two go on a date and instantly hit it off. Max returns to his apartment on cloud nine, but gets the surprise of his life when he discovers that Evelyn has returned from the grave as a horrifying, rotting zombie! Max soon realizes that his only chance at a future with Olivia relies on him doing the unthinkable: breaking up with Evelyn, a maniacal zombie who’s determined to do whatever it takes to get her happily ever after. 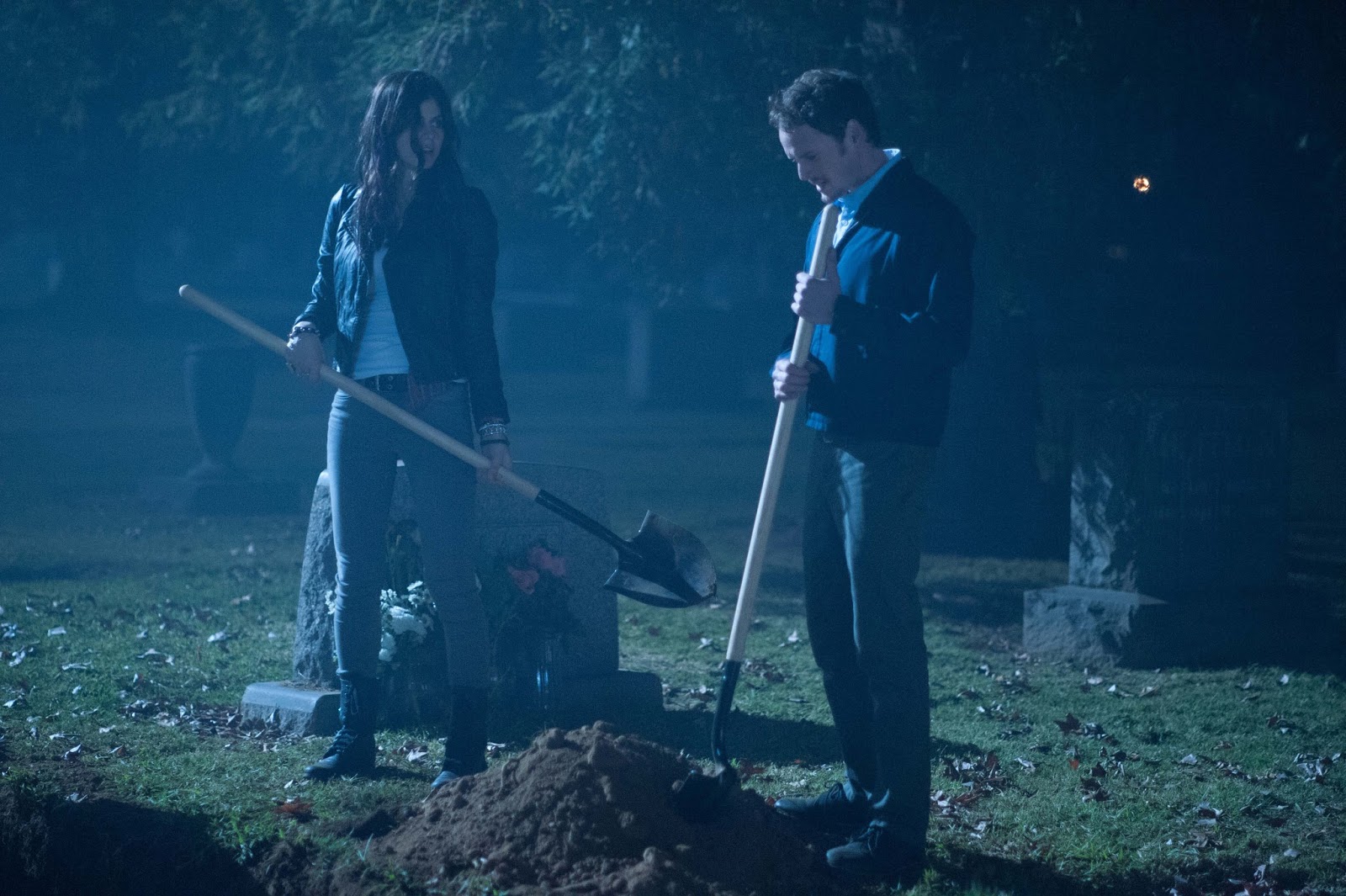 For the role of Olivia, the filmmakers needed to find an actress who possessed a strong screen presence to match Greene, but who would also contrast strongly in personality and demeanor. The filmmakers cast Alexandra Daddario, who played Annabeth Chase in the ‘Percy Jackson’ series and co-starred in HBO’s critically acclaimed series ‘True Detective’ alongside Matthew McConaughey and Woody Harrelson. With Daddario, the filmmakers knew they had found an actress with amazing range and comedic ability who also had instant chemistry with Yelchin.

On Olivia, Daddario explains, “She’s a really, really likable girl. I think she’s offbeat; she’s a little alternative, a little awkward, which was really fun to bring that part of myself out. In regular life we’re all a little awkward, but we’re always trying to hide it, and it was nice to not have to hide it as much for this character. She’s just a really cool girl.” 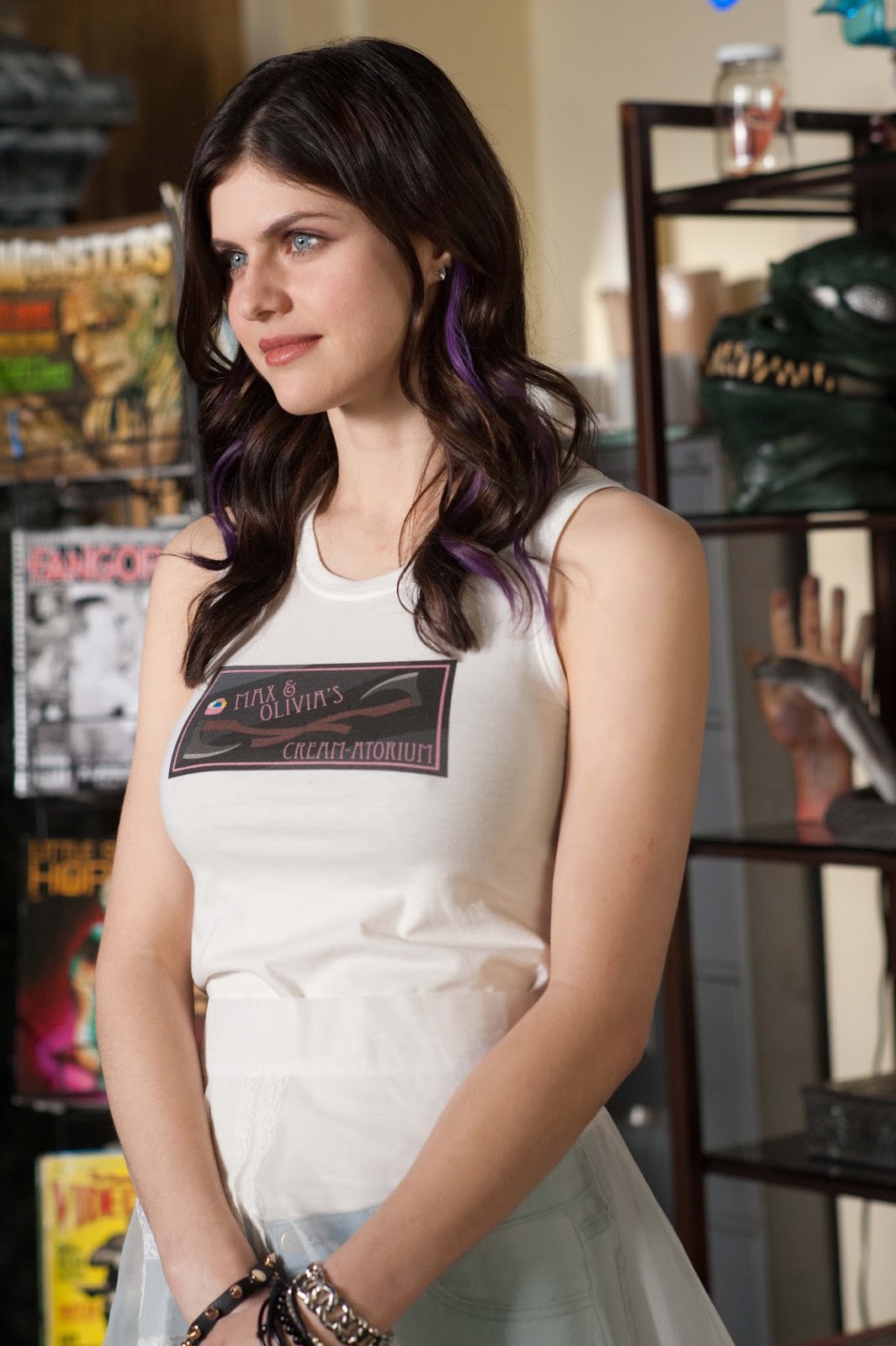 Alexandra was also thrilled by the opportunity to work on a project on a smaller scale than the giant budgeted Percy Jackson films. “It’s great! It’s a little bit different, there’s no green screen, and there’s more, on a daily basis, more interaction between the characters than, you know, something huge like Percy Jackson where you’re just doing weeks and weeks of green screen and not a lot of dialogue. So, it’s a lot of fun.”

“Burying The Ex” opens June 24 in cinemas from Pioneer Films.

Serving Her Own Kind Of Justice In “Return To Sender”