Warner Bros. Pictures has unveiled the individual posters of the animal characters in its new animated comedy adventure “Storks.” Check out the one-sheets below and watch the film when it opens in Philippine cinemas on Sept. 22.

In the film, storks deliver babies…or at least they used to. Now they deliver packages for global internet retail giant Cornerstore.com. Junior (Andy Samberg), the company’s top delivery stork, is about to be promoted when the Baby Factory is accidentally activated on his watch, producing an adorable – and wholly unauthorized – baby girl.

Desperate to deliver this bundle of trouble before the boss gets wise, Junior and his friend Tulip, the only human on Stork Mountain, race to make their first-ever baby drop, in a wild and revealing journey that could make more than one family whole and restore the storks’ true mission in the world.

Getting their own posters are the following animal characters:

Junior (voice by Andy Samberg), a hard-working stork (pictured with the Baby) who’s in line to become the next boss of Cornerstore. All he has to do is get rid of Tulip — but he may not have the heart to fire her. 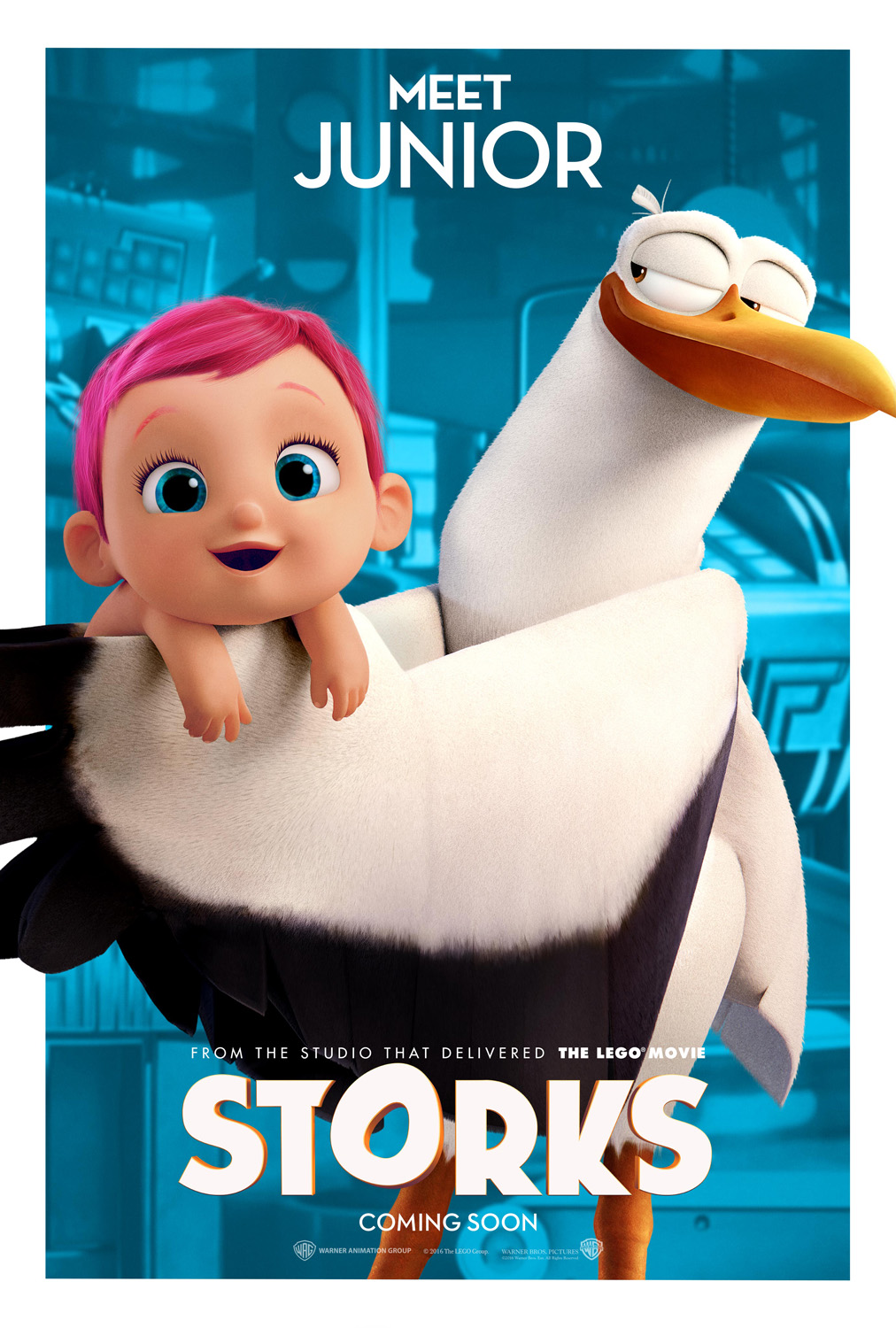 Hunter (voice by Kelsey Grammer) is the boss of Stork Mountain and the closest thing the movie has to a bad guy. “He’s all about business,” says co-director Nicholas Stoller, and Junior looks up to him. 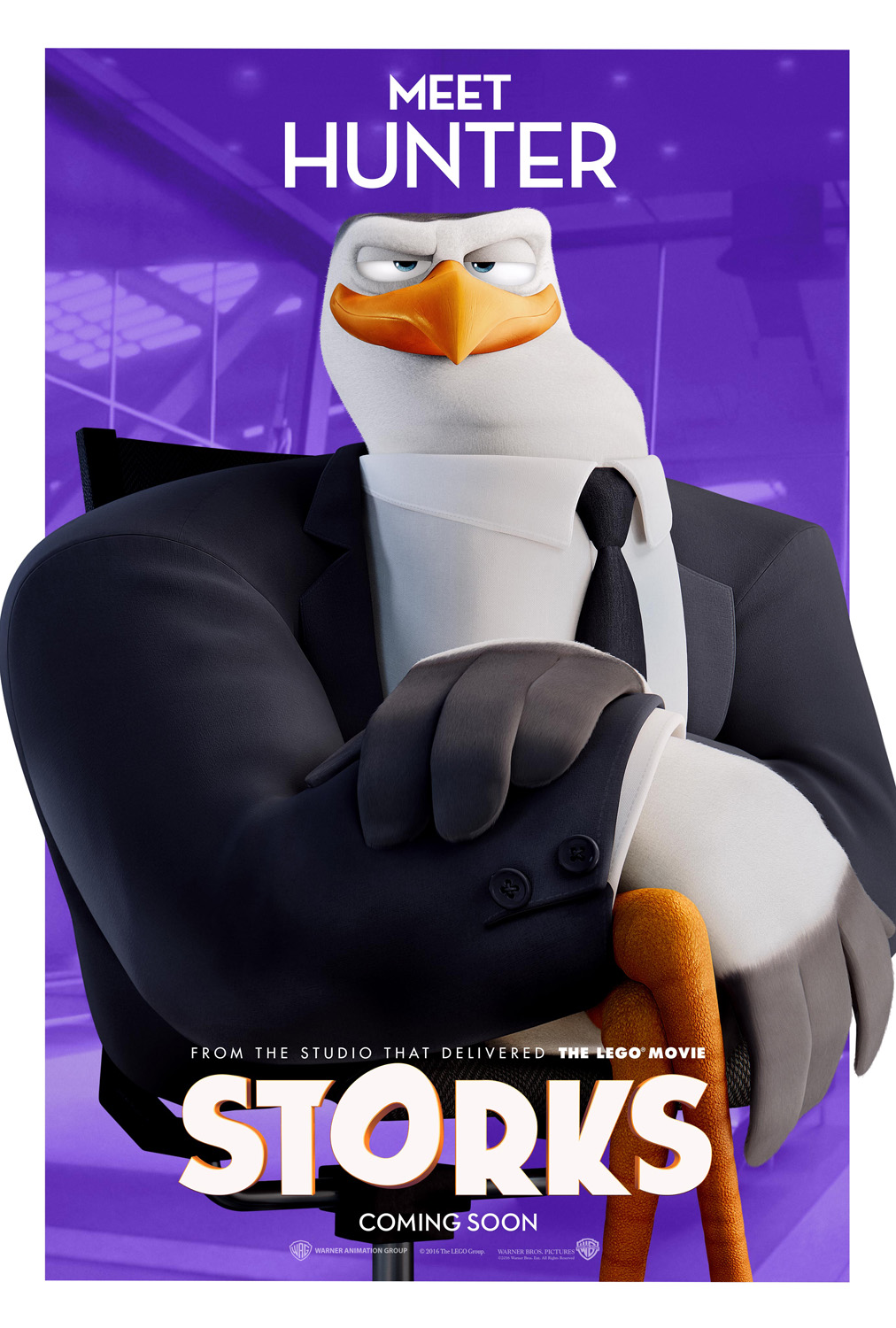 The Wolfpack (voice by Keegan-Michael Key and Jordan Peele) is composed of about 100 wolves, who first want to eat the Baby but then fall in love and decide to raise the infant as their own. The wolves are inspired by John Goodman and William Forsythe’s characters in “Raising Arizona.” 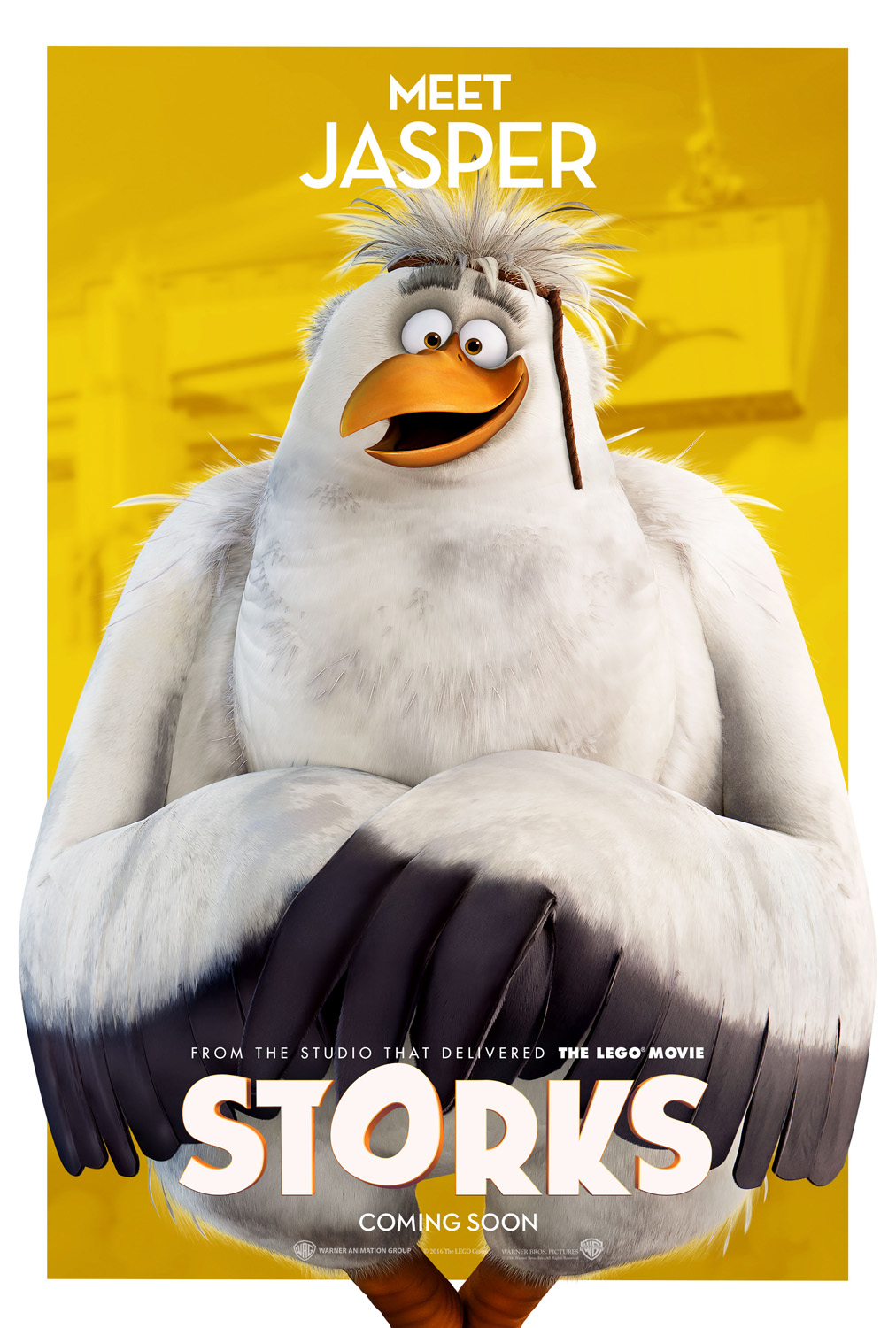 Jasper (voice by Danny Trejo) is the stork who accidentally destroyed Tulip’s delivery map years ago and thinks of her as his baby (even though she’s now 18). 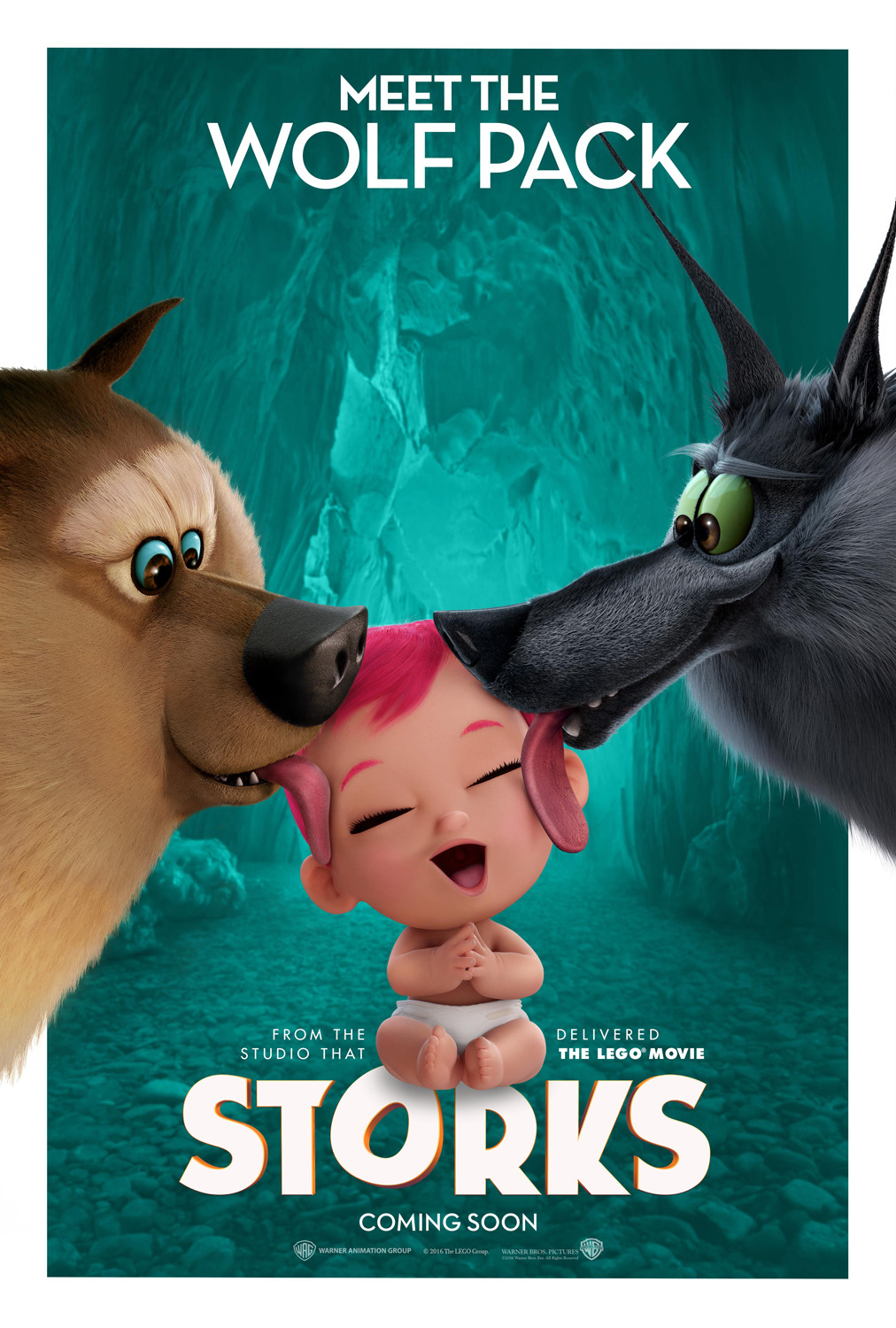 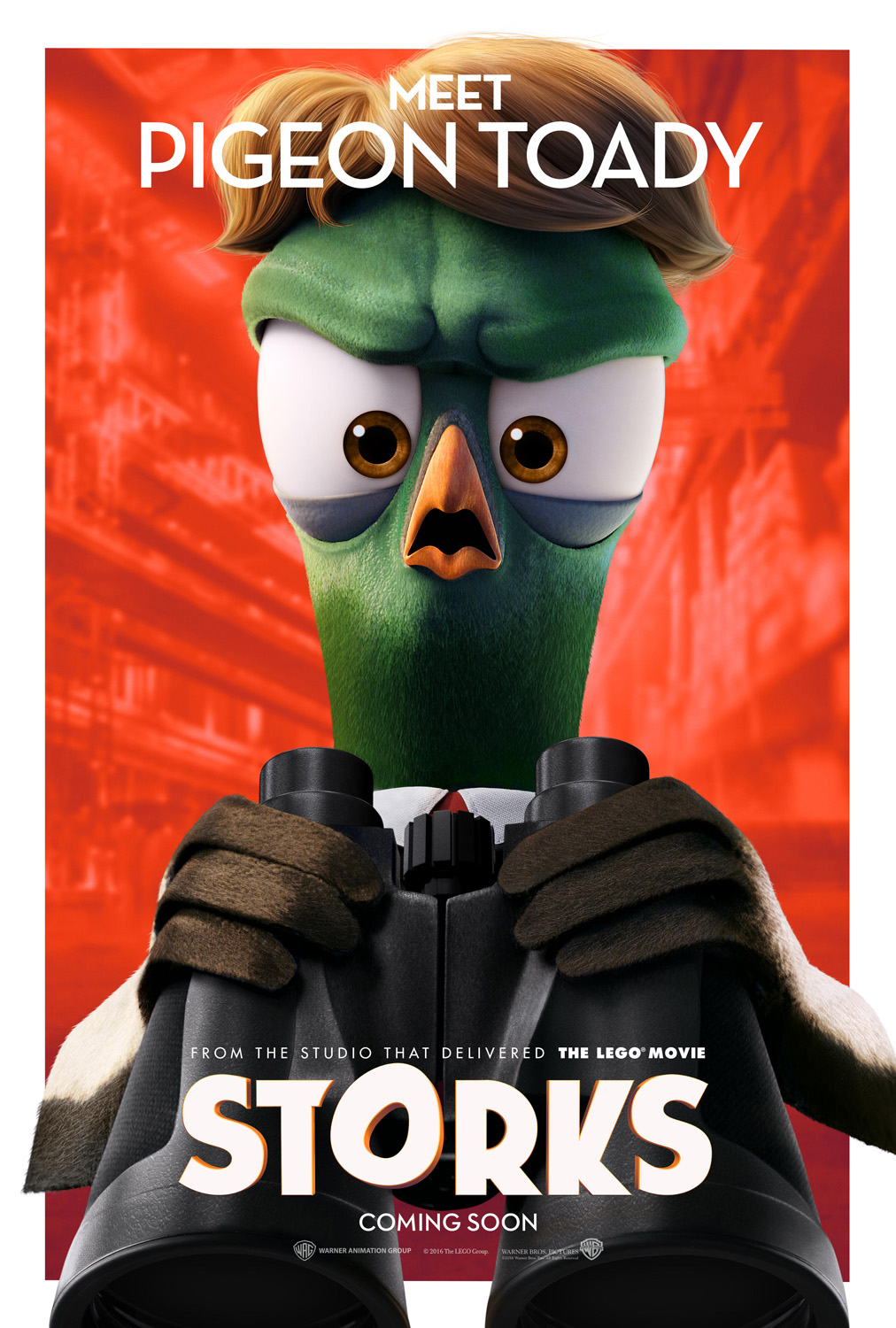