Back in 1999, “The Blair Witch Project” became a global phenomenon and left a haunting fear of being alone in the woods. The nearly no-budget film grossed millions and set the gold standard for found footage movies, spawning a new generation of horror fans.

“Elly Kedward, the woman accused of witchcraft and left to die in the Maryland woods in 1785, is the first recorded story of the Blair Witch legend,” says executive producer Gregg Hale. “But the evil in those woods is much, much older than that.” For several years, Lionsgate had been searching for the right concept to reboot Blair Witch, as well as filmmakers who could satisfy the fans of the first film and reach a new generation of moviegoers. 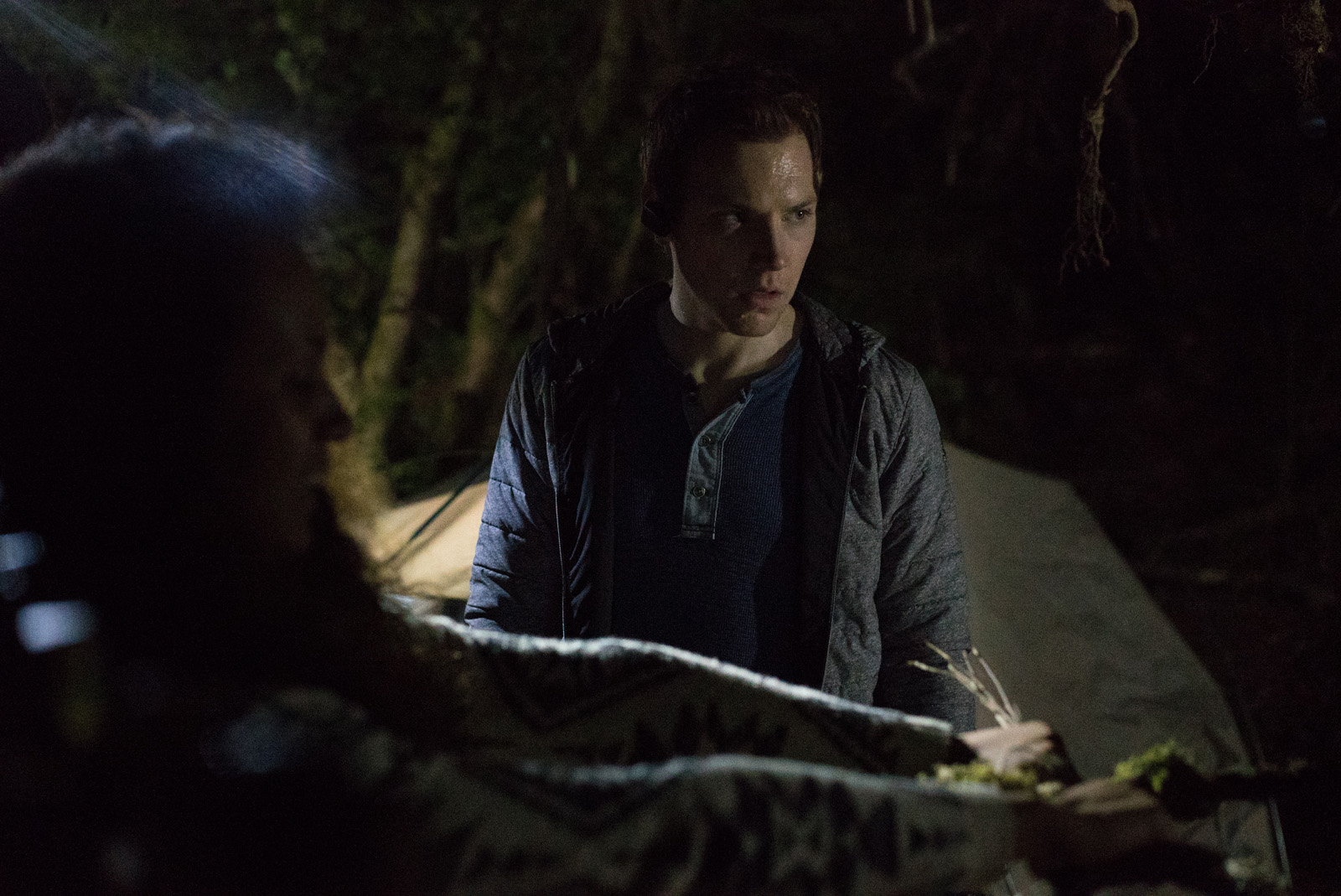 In the latest “Blair Witch” movie, it’s been 20 years since James’s sister and her two friends vanished into the Black Hills Forest in Maryland while researching the legend of the Blair Witch, leaving a trail of theories and suspicions in their wake. Along with a group of college students, James venture into the Black Hills Forest with the same camera in Maryland to uncover the mysteries surrounding the disappearance of his sister who many believe is connected to the legend of the Blair Witch. At first the group is hopeful, especially when a pair of locals offer to act as guides through the dark and winding woods, but as the endless night wears on, the group is visited by a menacing presence. Slowly, they begin to realize the legend is all too real and more sinister than they could have imagined.

“When it first came out, I was one of a billion high school kids taking a camcorder into the woods and doing a Blair Witch spoof with my friends,” says director Adam Wingard. “The film had a total dedication toward authenticity. No one has so completely committed to that type of realism before or since.”

With so many movies being remade and reimagined, the filmmakers were excited to see Blair Witch get another shot. To hold true to the Blair Witch mythos, scribe Simon Barrett familiarized himself with every hint of information the first film contains, from old message boards and Facebook groups to graphic novels and young adult books published only in Europe.

Still, the first film is not required viewing to enjoy the sequel. “We wanted to take the mythos further and explore how outsiders approach the haunting and how locals see the legend. If you have seen the original, you’ll find even deeper layers and levels here to appreciate and debate once it’s over,” says producer Steven Schneider. “If you haven’t seen the original movie, this one will frighten the hell out of you regardless.” 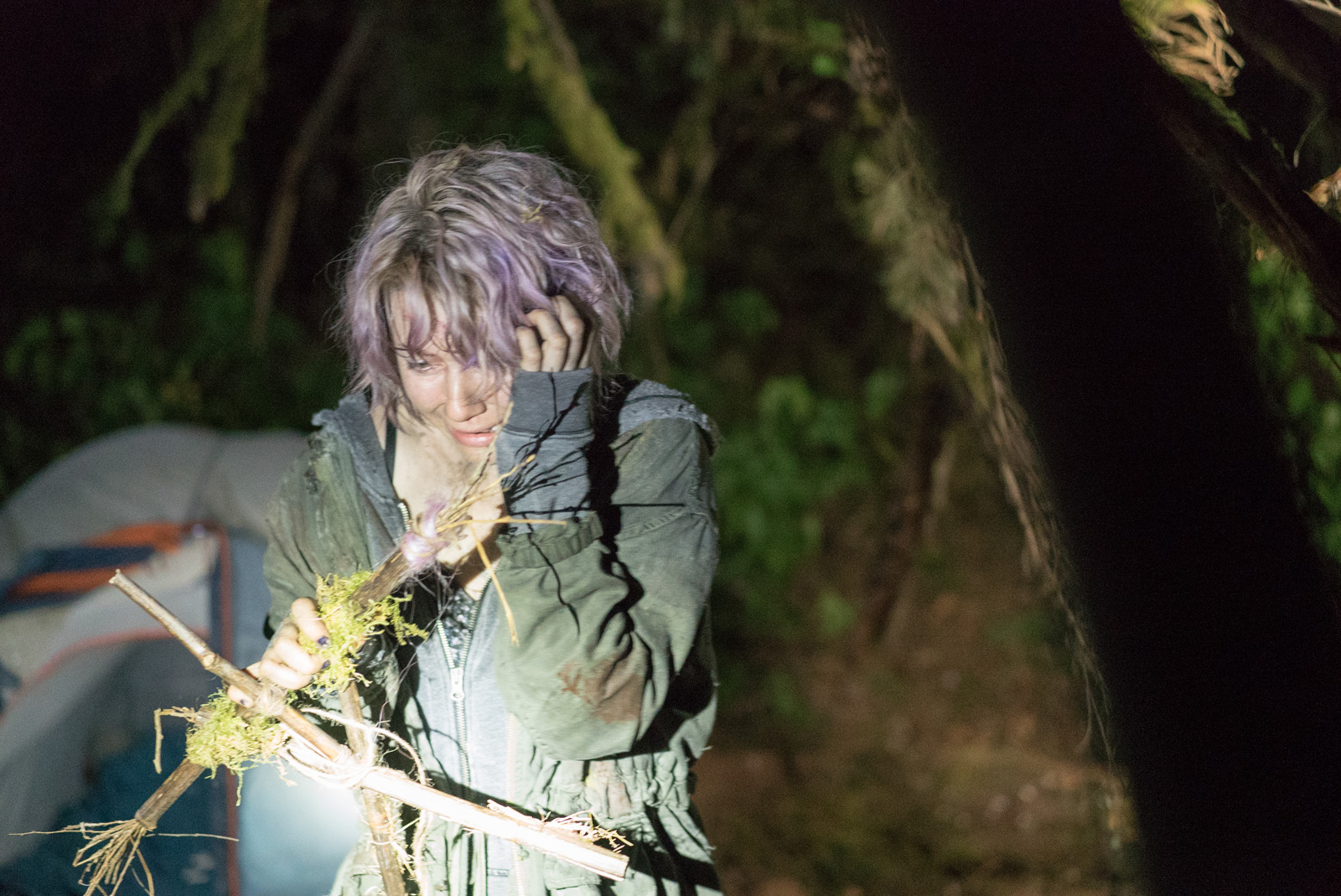 While much of the fear behind the first Blair Witch relied on what wasn’t shown, the sequel terrifies audiences and excites hardcore fans by revealing more of what lurks after dark.

“Whatever evil is in the woods has only gotten stronger since the first film,” says Wingard. “I wanted to create something that felt like The Texas Chainsaw Massacre, not in terms of the violence, but in terms of the relentless intensity that movie gives you. You’re constantly running from something into a scenario that’s even more frightening.”

“The challenge for us was to make a modern horror movie that acknowledged and surpassed everything that’s happened in horror over the last 17 years, including films like The Conjuring, Insidious and Saw, and have the film feel as real to audiences as it did in 1999,” says Barrett.

“We’re the Millers” Director Back with “Central Intelligence”