It might have been one of the biggest hustles ever…and it could only happen in America.

Warner Bros. Pictures’ new comedic drama “War Dogs” grew out of the story of two stoner kids, barely into their 20s, who became multi-millionaires as the most improbable of international arms dealers. But just as they reached what should have been the pinnacle of success, it all came crashing down in spectacular fashion.

One of the unifying themes of filmmaker Todd Phillips’ movies is people making bad decisions. Whether it’s a few post-college guys starting their own frat house or four friends planning an ill-fated bachelor party in Vegas, there are always repercussions that are outrageous and completely unexpected. Bad decisions are again at the center of “War Dogs,” but there is an edge to the humor, born of the fact that the film is based on a true story of a couple of guys who managed to turn a little-known government initiative on its ear…to the tune of $300 million dollars.

Phillips offers, “I always think movies have a little more gravity to them when you can take real events and build on them. It’s a movie about the rise and fall of two young guys, chasing their image of the ‘American dream,’ who got a little too greedy. And, you know, a little bit of greed gets in the way of good decision making.”

It all started during the George W. Bush administration when huge no-bid contracts to supply the wars in Iraq and Afghanistan were being awarded to conglomerates like Halliburton, Raytheon and Lockheed Martin. As criticism of the perceived cronyism and war-profiteering grew, the government decided to level the playing field with FedBizOpps (short for Federal Business Operations), which opened the bidding on military contracts to…well…virtually anyone. Unfortunately, there were just enough loopholes to make it possible to take advantage of the system.

The tale was chronicled in a 2011 Rolling Stone article called “Arms and the Dudes,” by Guy Lawson. “The Bush administration was trying to favor small businesses,” Lawson expands, “and no business was smaller than these dudes, sitting in a studio apartment in Miami Beach with nothing but a bong on the table, a laptop and a cell phone.”

Producer Mark Gordon recounts, “I was on a plane when I first read the story in Rolling Stone, and I couldn’t believe it was true. Everything about it cried out to be made into a movie. I’ve always found that audiences love films about characters who beat the system, even if they ultimately get their comeuppance, one way or another. Add in the fact that these two seemed the most unlikely people to pull off this kind of hustle, and you have something really special.” 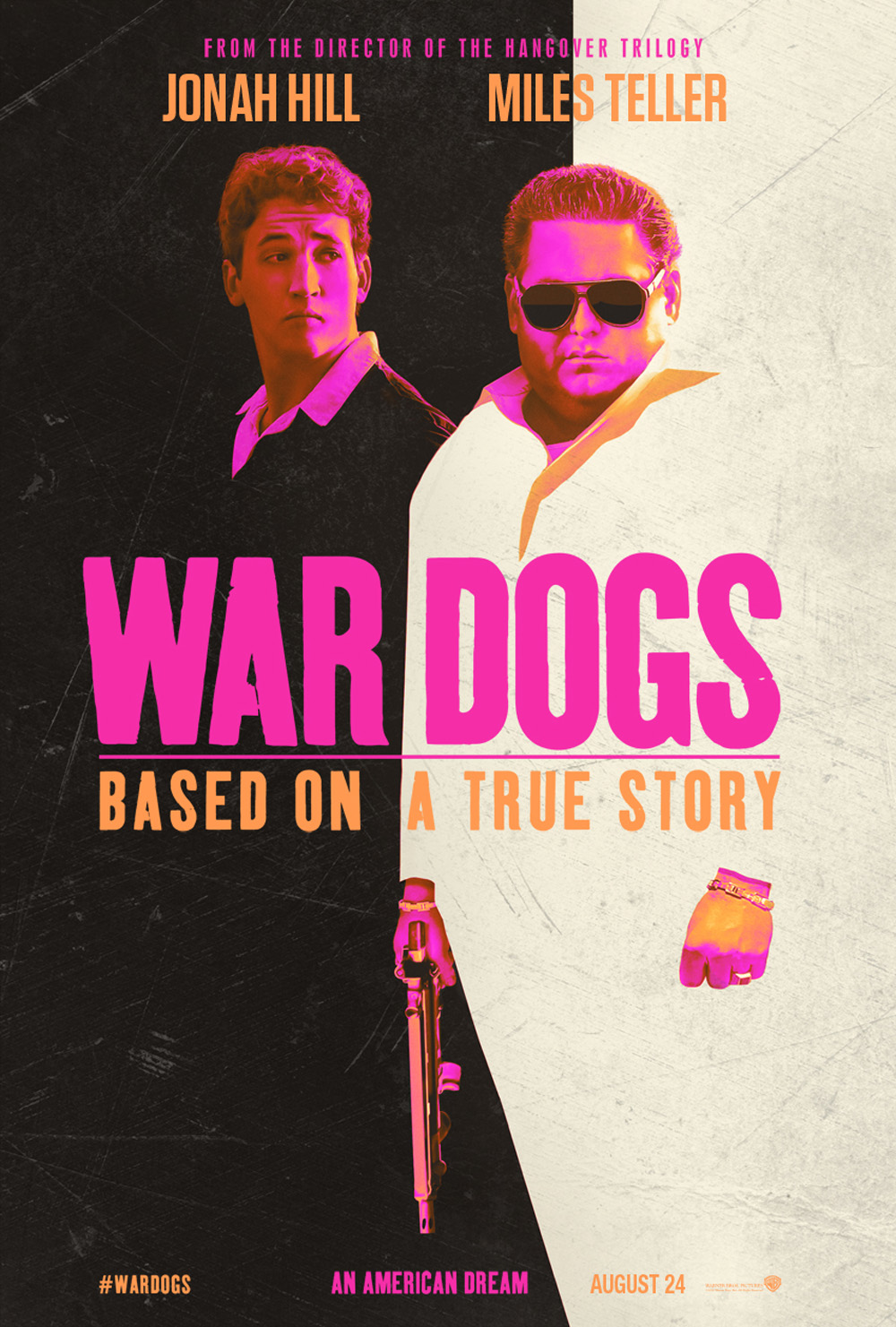 Gordon adds that Phillips was the perfect director to bring the tale to the big screen. He states, “There is no one better than Todd to tell a story about outrageous characters getting into all kinds of trouble. He’s the master.”

“War Dogs” also marks the first film on which Phillips and Bradley Cooper (who also stars in the film) teamed as producers under the banner of their new production entity, Joint Effort. Cooper relates, “I was very interested to see how Todd was going to take the article and realize it cinematically. I loved the idea of a film about what these guys did, knowing it would be spawned from Todd’s brain.”

The tale’s driving force was always money. Phillips confirms, “It’s very clear in the movie: they are not necessarily pro-war. It’s not about who’s fighting or why they’re fighting, it’s about how much product can they move. So war is really just an opportunity for them. And that’s a true thing. War is an economy. There is an underbelly to it where a lot of people make a lot of money and these two guys are just trying to get in on that.”

Opening across the Philippines on August 24, “War Dogs” is distributed worldwide by Warner Bros. Pictures, a Warner Bros. Entertainment Company.