In Illumination Entertainment and Universal Pictures’ “The Secret Life of Pets,” the real day for one bustling Manhattan apartment building starts after the humans leave for work and school. That’s when the pets of every stripe, fur and feather begin their own nine-to-five routine.

Meet the pets who populate this delightful, animated tale from the studio that brought audiences “Despicable Me” and “Minions.” 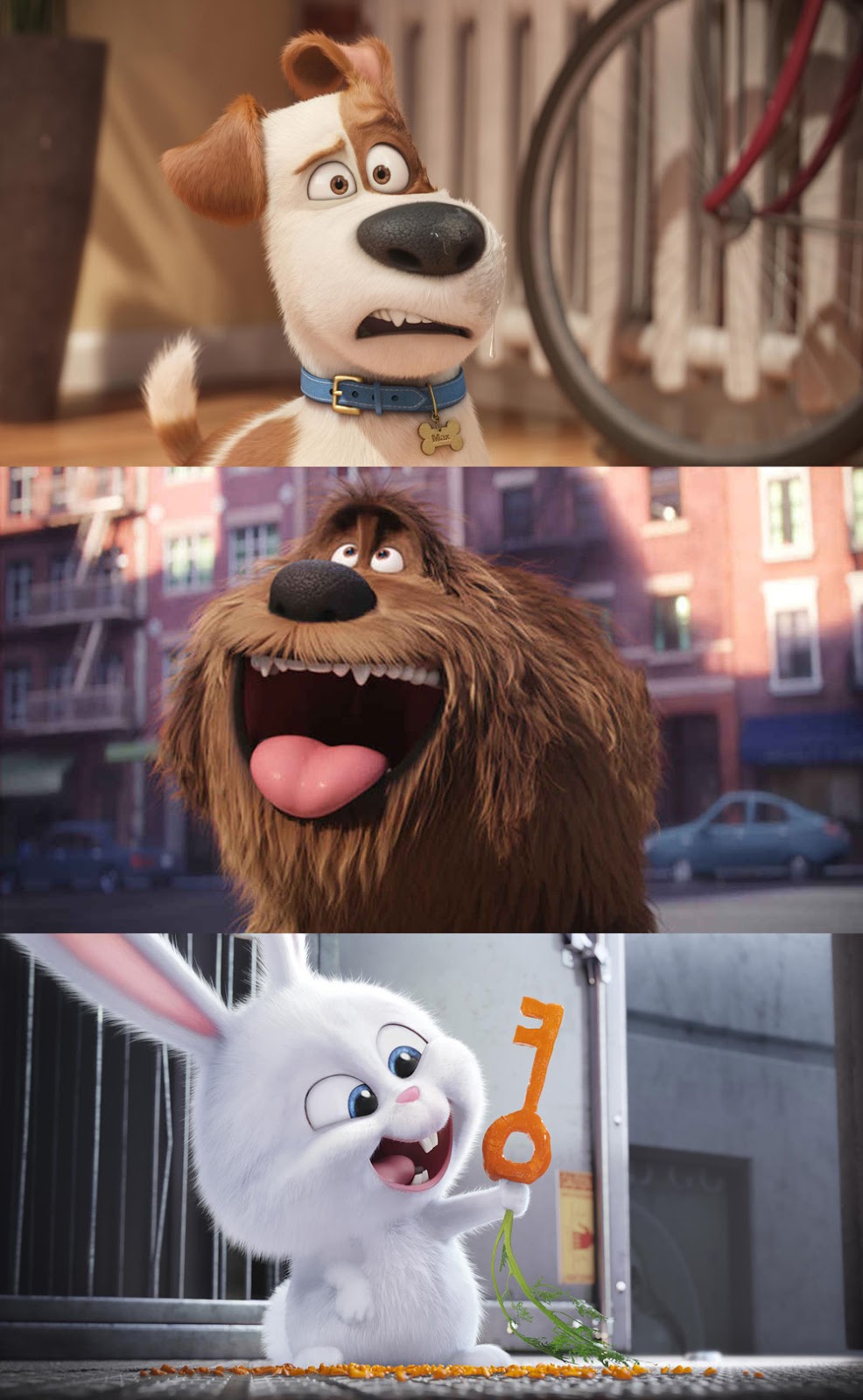 Max (Louis C.K.): A pampered Terrier mix, Max will need to find his courage before he can find his way home. He has an ideal relationship with his adopted owner, Katie…Until she brings home another rescue dog.

Duke (Eric Stonestreet): A giant, fluffy, unruly rescue who Katie saves from the pound, Duke is going to be part of Max and Katie’s family, whether Max likes it or not. Duke—who’s really a sweet dog that’s been through rough times—doesn’t understand Max’s rebuff and feels anxious that Max is trying to get rid of him. 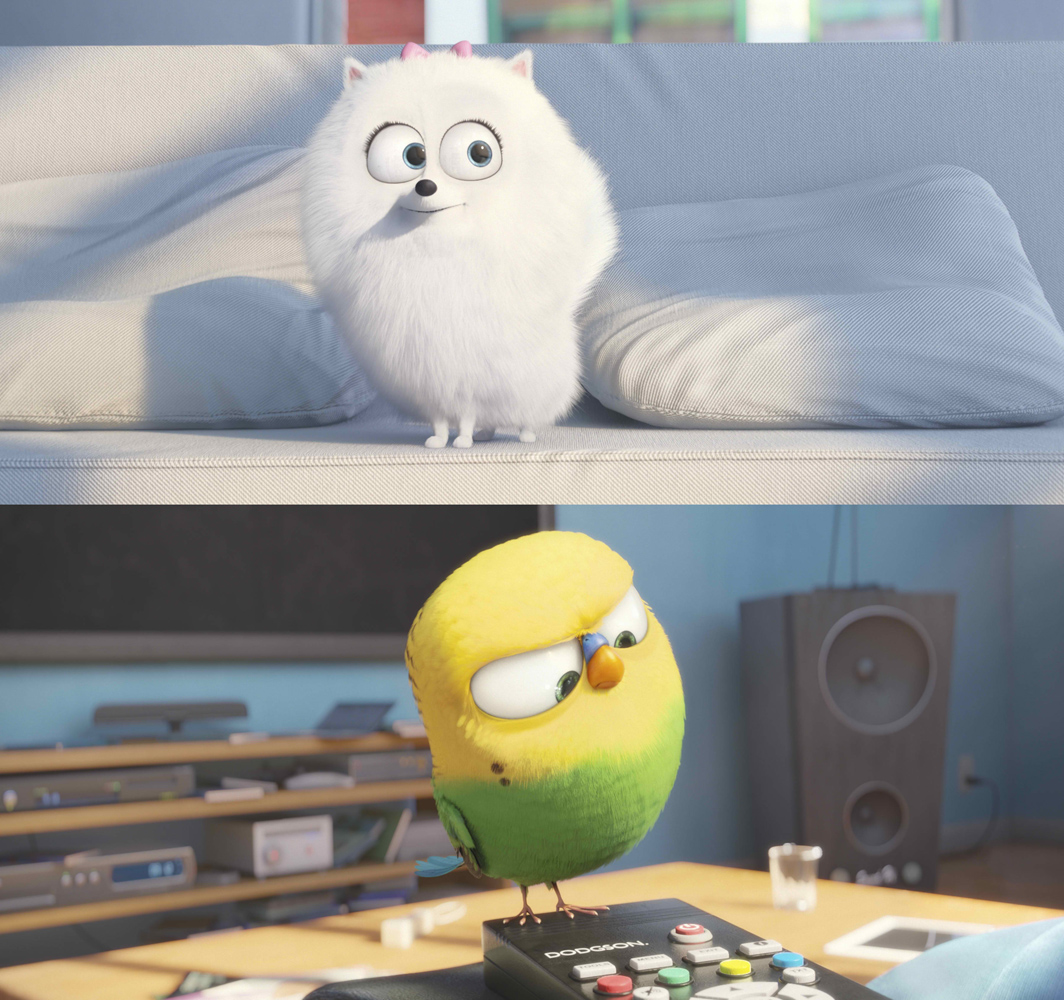 Snowball (Kevin Hart): An adorable and deranged Bunny who’s building an army of “Flushed Pets” who have been abandoned by their owners, Snowball is insanely cute…and also, insane.

Buddy (Hannibal Buress): A sarcastic Dachshund, Buddy is the first to arrive, last to leave.

Pops (Dana Carvey): An old Basset Hound, Pops knows the city like the back of his wrinkled paw. 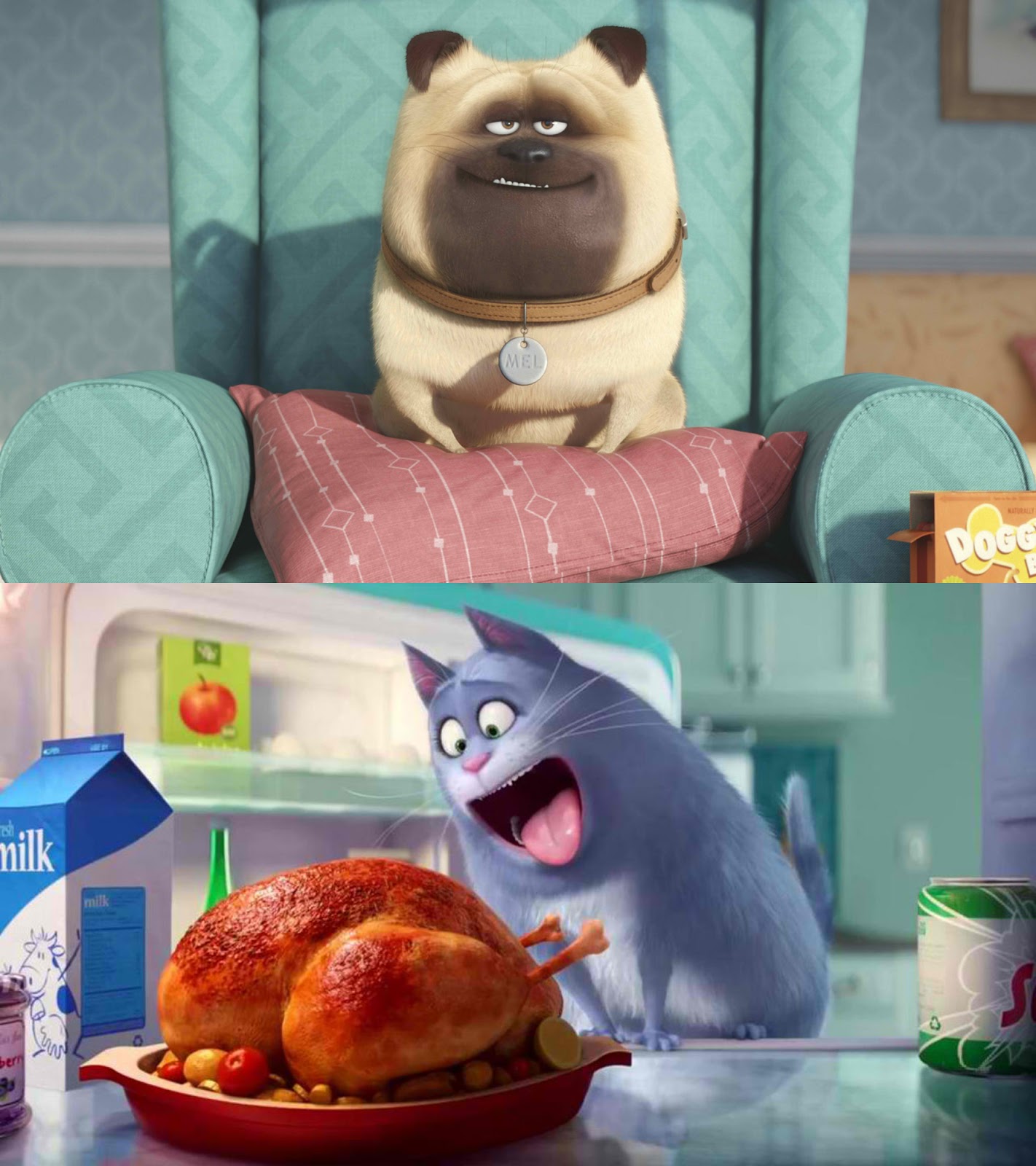 Mel (Bobby Moynihan): An optimistic, excitable Pug, Mel is a lady-killer on the inside, dopey pug on the outside.

Chloe (Lake Bell): A fat Cat, Chloe can’t be bothered unless you’ve got food. Although condescending, elegant fat cat Chloe has a heart of gold buried beneath all that fur and bravado.
Gidget (Jenny Slate): A naïve, but gutsy Pomeranian who is 50% fluff, 110% tough, Gidget is Max’s secret admirer. She looks like the quintessential dog from a pocketbook in Beverly Hills, but she turns out to be hard-driving, unyielding and quite heroic.

Sweetpea: A fearless Budgie, Sweetpea has two wings and no prayer.