Disney-Pixar’s “Finding Dory” welcomes back to the big screen Dory, friends Marlin and Nemo—and composer Thomas Newman. “To me, he was one of the cast members of ‘Finding Nemo,’” says director Andrew Stanton. “We formed a close relationship ever since, and now that he is behind the score for ‘Finding Dory,’ it fees like the last member of the family has arrived at the reunion.”

According to Stanton, scoring a film like “Finding Dory” with a composer like Newman takes the films to places he has yet to imagine. “It forces me to have to really explain out loud what my intentions are. It can lead to very intense conversation between the two of us. But I get so much out of it. I end up understanding my movie ten times better—it’s almost therapy for me. We just click.”
“There was no way I could not do “Finding Dory,” says Newman, who was nominated for an Oscar® for his work on “Finding Nemo” and won a Grammy® (best song written for motion picture, television or other visual media) on Stanton’s “WALL•E.” “It’s ironic that a movie about fish—some in aquariums, some in open water—has such a huge range of emotive possibilities—from the hysterical to the deeply profound and primally frightening. That’s exciting to ponder musically.”

According to Newman, the score is designed to support the film’s big themes of loss and the characters’ efforts to conquer their individual shortcomings. It also showcases the deeper, less sunny side of Dory’s personality. “Dory’s theme has a certain amount of quirkiness and a certain amount of sadness built in,” says the composer. 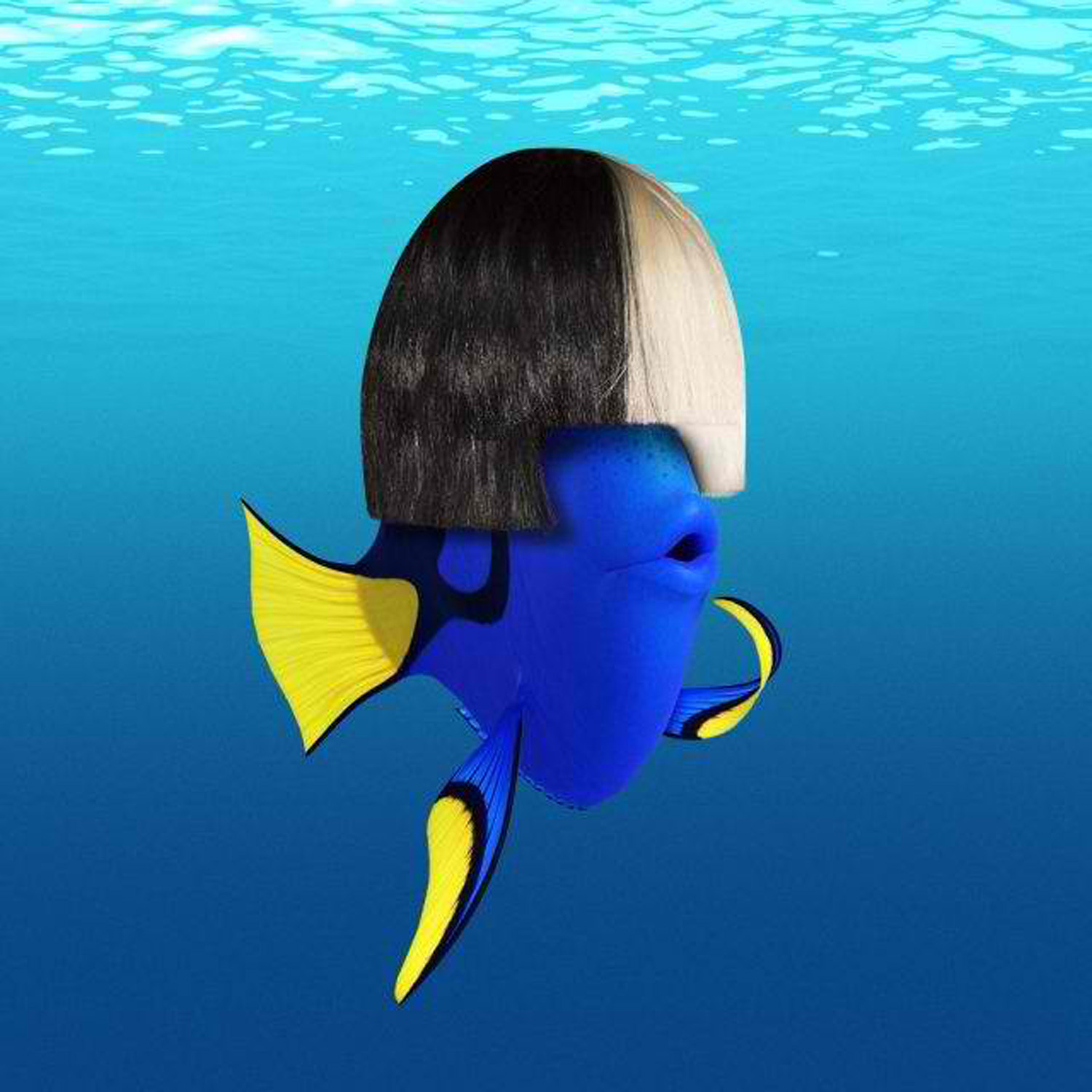 The goal, says Newman, is to complement the story. “If there’s humor or pathos, I want to bring it out, but I don’t want to re-describe it. I just want to underline it. I want to make it more of what it already is.

“I liken music to makeup on a face,” continues Newman. “At its worst, it’s garish and overdone. At its best, you don’t notice it and it brings out the best qualities.”

Singer-songwriter Sia is on board “Finding Dory,” performing the film’s end-credit song, “Unforgettable.”

American songwriter Irving Gordon wrote the song in 1951, and in 1992 won a Grammy® for it when Natalie Cole included the tribute to her late father on her album of duets. “Unforgettable” remains revered worldwide today.

Five-time Grammy® nominee Sia agreed to sing the song when the voice of Dory herself made the request. “Dory’s story makes me teary,” says Sia. “When Ellen asked me, I couldn’t refuse!”
Director Andrew Stanton has long been a fan of the native Australian performer. “In the same way Robbie Williams did his own unique twist on a classic song for ‘Finding Nemo,’ Sia captures the soulful truth of the Nat King Cole classic ‘Unforgettable,’ and makes it all her own,” said Stanton. “They are a perfect complement to one another, just like the two films.”

Disney•Pixar’s “Finding Dory” finds Dory living happily in the reef with Marlin and Nemo about a year after their life-changing adventure. When Dory suddenly remembers that she has a family out there who may be looking for her, she recruits Marlin and Nemo for a life-changing adventure across the ocean to California’s prestigious Marine Life Institute (MLI), a rehabilitation center and aquarium. 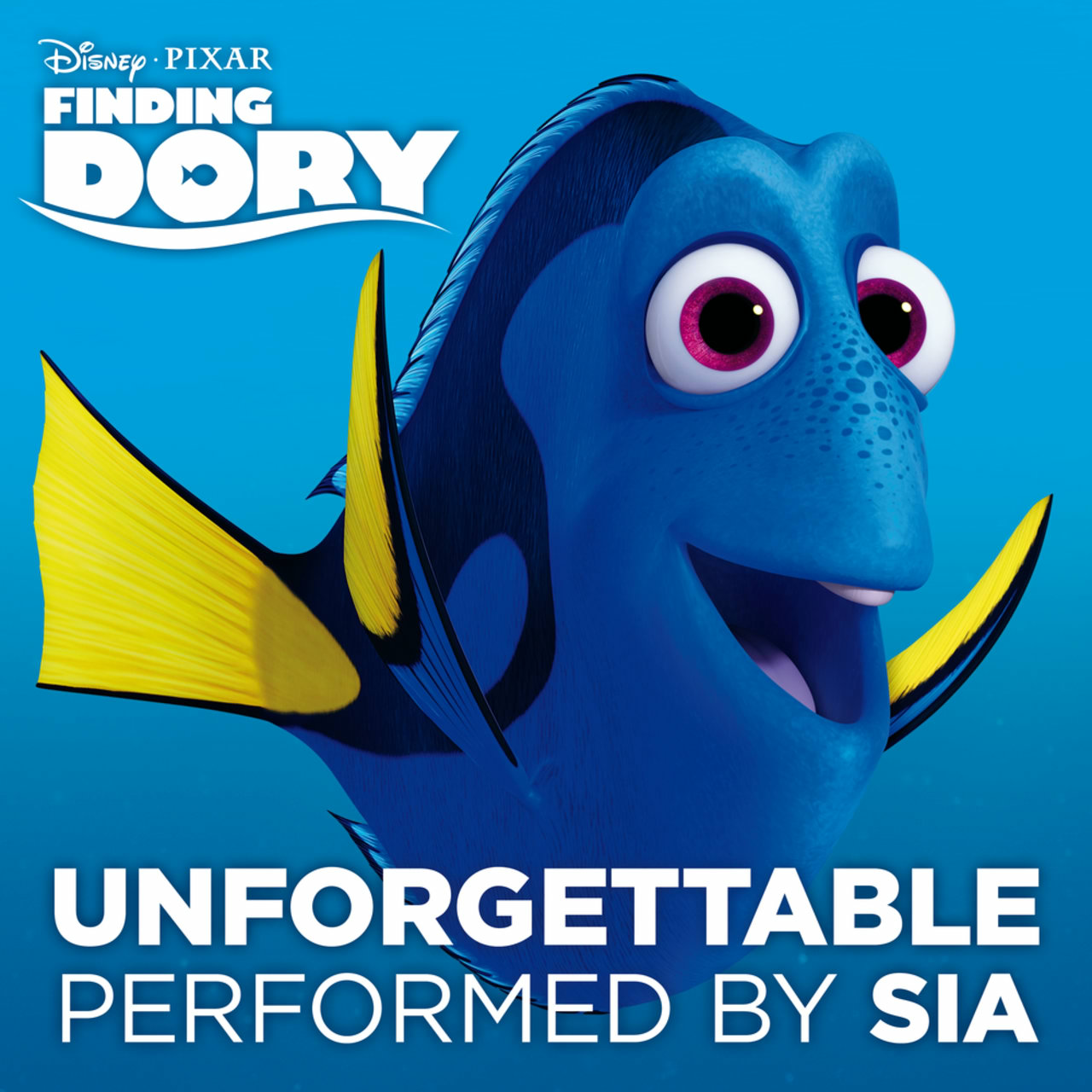 In the effort to find her mom and dad, Dory enlists the help of three of the MLI’s most intriguing residents: Hank, a cantankerous octopus who frequently gives employees the slip; Bailey, a beluga whale who is convinced his biological sonar skills are on the fritz; and Destiny, a nearsighted whale shark.

Deftly navigating the complex inner workings of the MLI, Dory and her friends discover the magic within their flaws, friendships and family.

Ewan McGregor Back as Renton in “T2 Trainspotting”