Vince Vaughn (“The Internship”) and Hailee Steinfeld (“Pitch Perfect 2”) play father and daughter who are out of options and out of time in the crime thriller “Term Life.”

Directed by Peter Billingsley (who served as executive producer of Marvel’s “Iron Man”), “Term Life” is based on the graphic novel by A.J. Lieberman and Nick Thornborrow about an unscrupulous criminal Nick Barrow (Vaughn) who takes out a million dollar life insurance policy making his daughter Cate (Steinfeld), his sole beneficiary. With the underworld organization trailing his every step to prevent him from receiving his payout, he must outwit them and protect his daughter at all times until the policy takes effect. 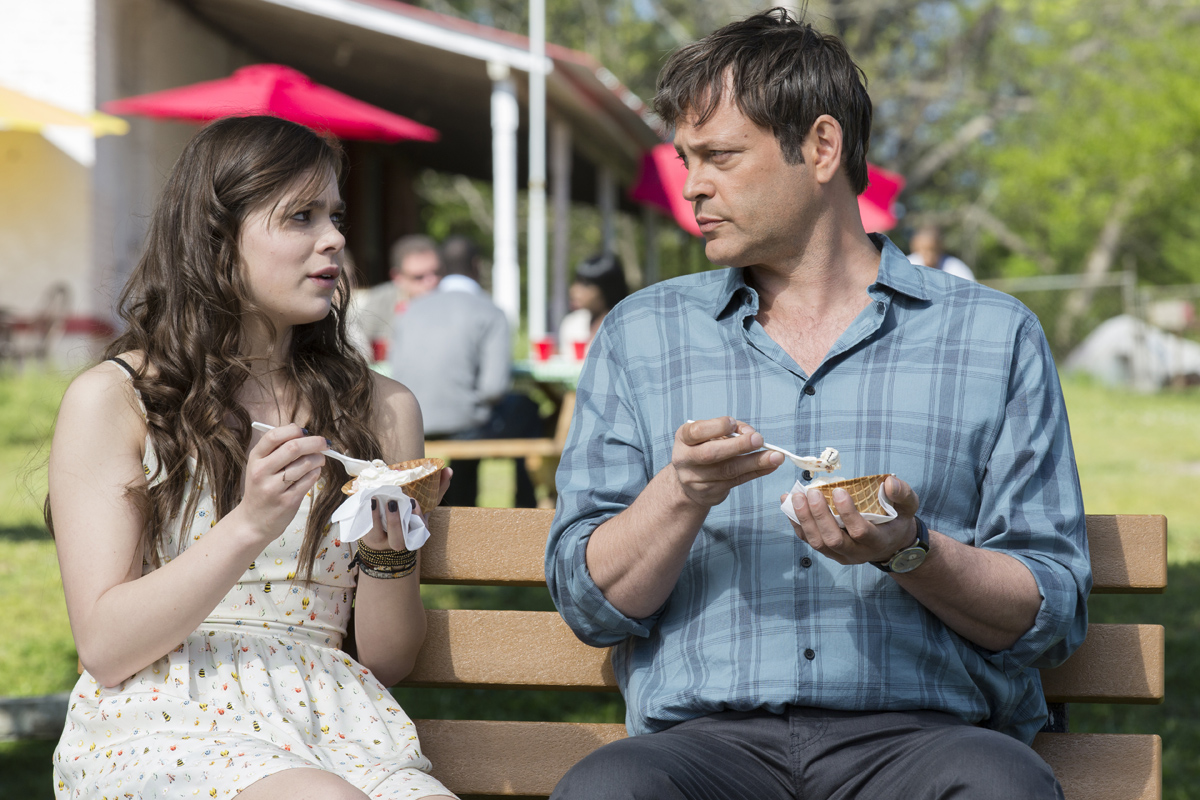 Vaughn, who is widely known for his raunchy, R-rated comedy movies, takes a turn for the dramatic and gritty in “Term Life” where his character Nick is running from the mob and nowhere to go, decides to finally make amends with his daughter, Cate. “The story’s unpredictable. It takes turns, and things happen that you don’t see from studio films, both with who lives, who dies, and what takes place. On another level, I think it’s honest and real to the psychology of what goes on with divorce and children and parents, the hurt and resentment. There’s a lot of honest stuff where that’s concerned. It’s very interesting. My character kind of plans crimes, he’s not a guy who’s executing crimes. He has a skill set of being able to look at locations and deduct what would be a good way to rob it. he then sells that off to people who would take that job. It’s a strange situation where he has the capacity to care about his daughter but just kind of goes to what’s comfortable, to where he feels confident. So he’s watching her and keeping an eye on her, but not really engaging or getting involved. She really doesn’t know that he exists; she’s unaware of his presence,” explains Vaughn.

Steinfeld, one of today’s fast rising actresses, known for her latest roles in “Pitch Perfect 2” and “Romeo and Juliet” describes her role in “Term Life” as a typical teenager but also old-school. “She’s raised herself. She is who she is because of herself. Her mom is in and out of rehab and she’ll get unexpected phone calls from her hoping that she’s doing well, and she’s not. That’s the absolutely biggest let down for anyone let alone your daughter. Things like that build her character in terms of strength and independence.”

“Term Life” opens May 25 in cinemas and will be released locally by Pioneer Films.