Blockbuster movie actor Vin Diesel who rocketed to stardom with hit franchise “The Fast and The Furious” movies proved his strength at the box-office once again when his latest action adventure film “The Last Witch Hunter” opened at number 1 at the local (Phils.) box-office.

Recent interviews revealed that the actor had a great time in the country and plans shoot his next movie in the Philippines. His movie “The Last Witch Hunter” which is now playing in local cinemas is by far Diesel’s highest grossing film (Phils.) after the “Fast and Furious” films. Vin Diesel takes on the titular role as Kaulder in “The Last Witch Hunter” set in a world never before seen on screen, the story spans over 800 years of one man’s quest to keep an army of vicious supernatural creatures determined to wipe out humanity at bay.

The inspiration for Kaulder and his story came from Diesel’s days as an avid gamer—particularly his more than 20-year fascination with the popular fantasy role-playing game Dungeons and Dragons. His dedication to the game is so complete that he was asked to write the forward for the book, 30 Years of Adventure: A Celebration of Dungeons & Dragons. 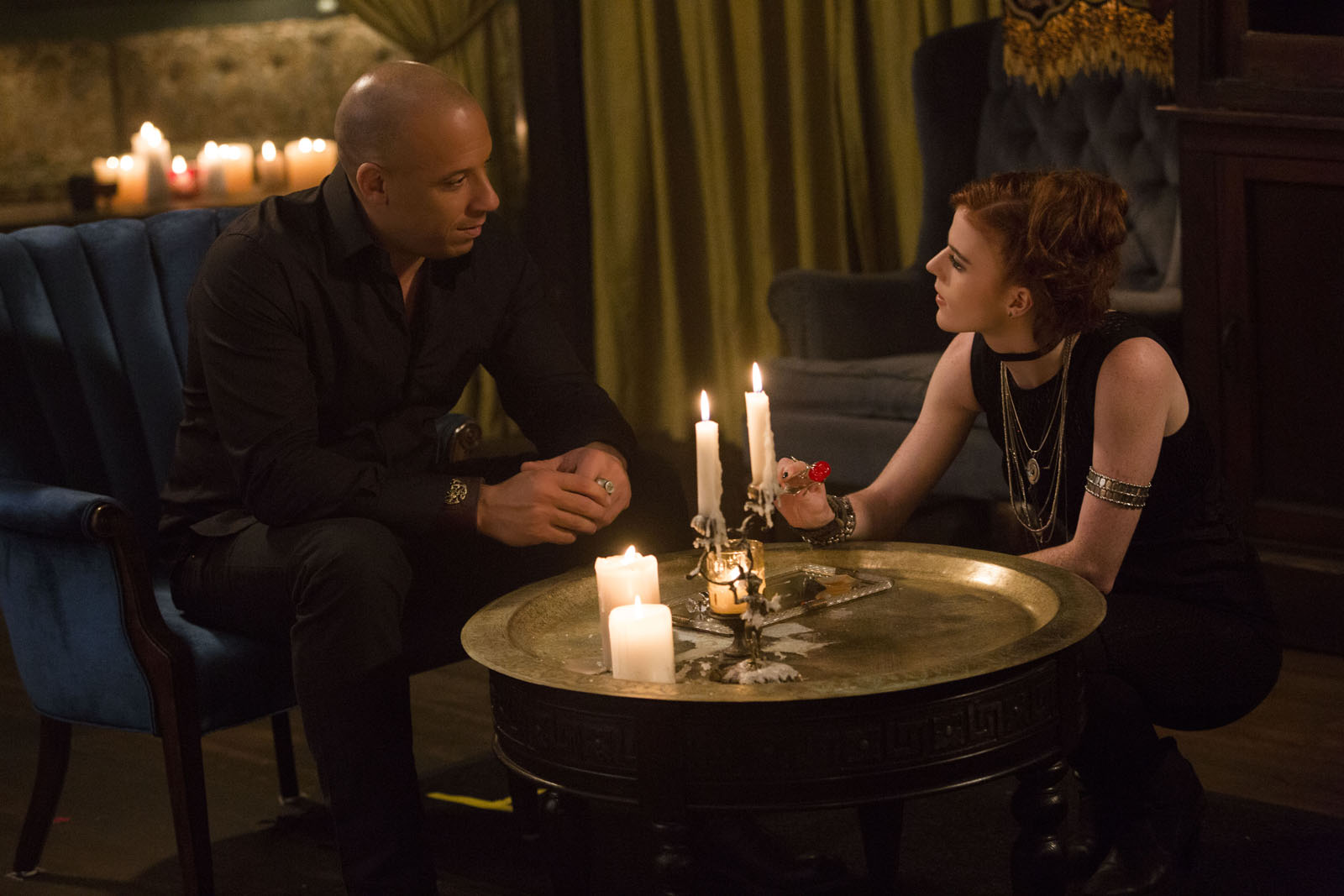 In The Last Witch Hunter, director Breck Eisner depicts witches in a totally new way. “Historically in past movies, witches might have been depicted with a pointy nose, a wart and a broomstick or they were designed as grotesque monsters. In The Last Witch Hunter, their outward appearance is more human-like. And their magic gives them spectacular abilities to mess with your mind. They can literally trap someone in one of their own memories, or they can project images that could drive a victim insane. They can change their appearance not through ‘shape shifting’ but rather by manipulating someone’s mind and changing what that person sees. It is very powerful, and sometimes dangerous stuff.”

Diesel’s muscular charisma is crucial to Kaulder, the last surviving fighting member of The Axe and Cross, the fellowship dedicated to keeping sorcery in check. Made immortal by the Witch Queen’s final curse and driven by the pain of the past, he fights on endlessly. The idea of immortality appeals to many, but while it affords Kaulder a tactical advantage, it is a solitary existence. “It makes him a formidable soldier, because he has no fear of death or injury,” says Diesel. “But he must go on existing despite the fact that he wishes he didn’t. For him, 800 years is too long to have lived.” 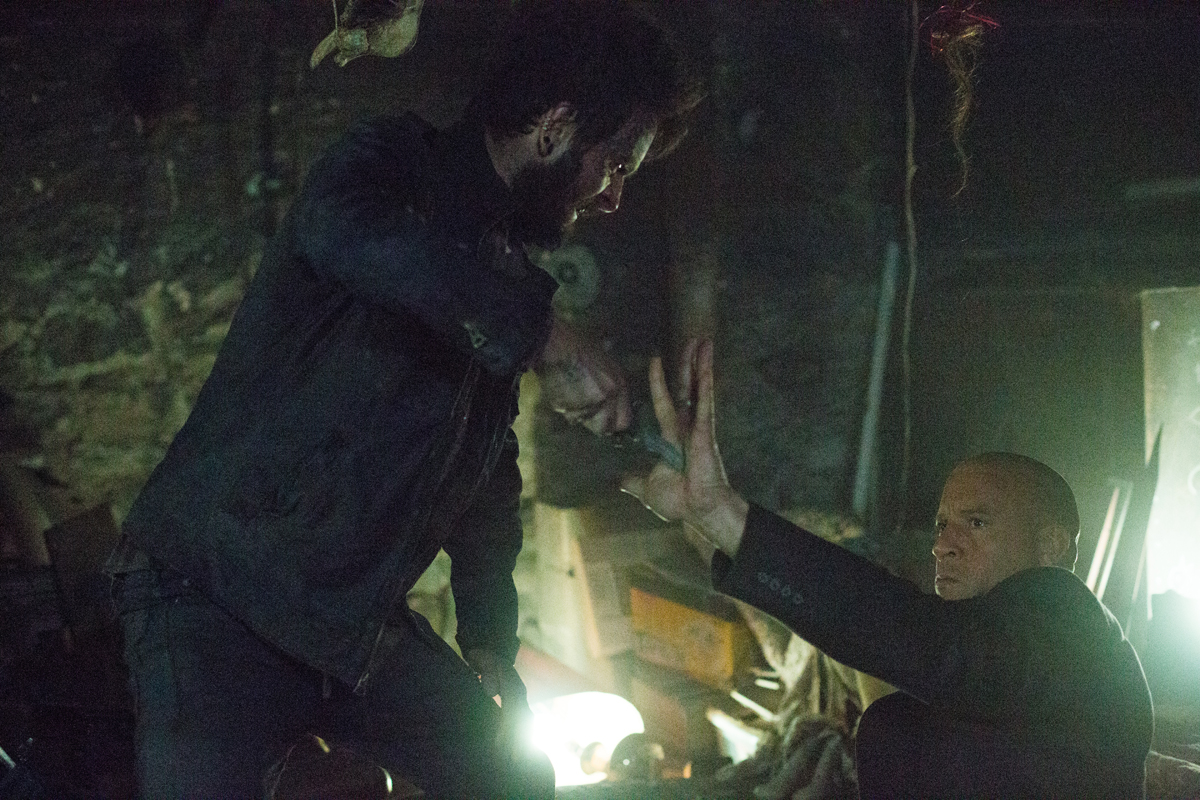 Early screenings of “The Last Witch Hunter” had the audience rooting for Diesel’s new action hero role and the action scenes were amplified by the unique and breakthrough special effects utilized in the film. While “The Last Witch Hunter” does not stint on high-powered, state-of-the-art special effects, Eisner put emphasis on creating a reality in the otherworldly realm by shooting as much in camera as possible. In addition to VFX Supervisor Nick Brooks and his team, the filmmaker relied on Special Effects Supervisor Peter Chesney to create countless striking and frightening practical effects.

The creation of the Sentinel, a fifteen-foot guardian of the witch prison, was one of Chesney’s biggest challenges. Sculpted out of wood, bone and hide over a metal core, the Sentinel was mounted on a section of roller-coaster track to make it mobile. A cart holding a piece of green screen was integrated into the sequences as well.
Many of the effects were conceived and created especially for the film, including a complicated gimbal system to simulate an aircraft in the grip of a violent storm, the exotic potions Chloe serves her customers and the snowstorm in the Memory Bar. “That’s the fun part of special effects,” says Chesney. “You seldom do the same thing twice.”

“The Last Witch Hunter” is now showing in cinemas nationwide from Pioneer Films.